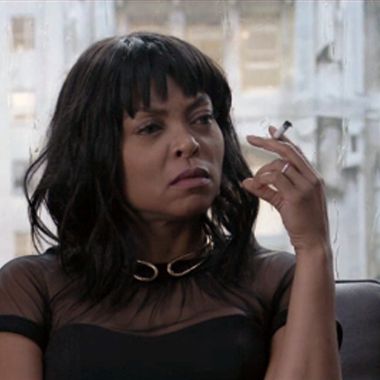 Acrimony is not like a Tyler Perry film, at least it doesn’t start that way. In so many of Perry’s films, the women are stripped down to their stereotypes, which he leans on and exploits throughout the film. Not here. In Acrimony, he works the female character up to those stereotypical roles, educating the audience on just how the “angry woman,” “strong woman,” and crazy woman are made. This intriguing approach is not enough to save the film from its own cliché and culturally damaging ending, however.

Melinda (Ajiona Alexus) is a young woman who is trying to go to college and make her family proud. Her mother and three sisters all worked hard to raise the family out of poverty. But, the first boy that weasels his way into Melinda’s sights is a Black boy at school on scholarship and living in an RV on a borrowed lot. She could have resisted, but the girl was broken from the news of her mother’s death.

Robert (Antonio Benson) is the boy’s name. He is a charmer, but it is obvious that he does not love Melinda. In fact, that love never develops, but the boy sure does know how to turn it on to squeeze money out of Melinda—the insurance money her mama left her. She buys him a brand-new car and immediately he ghosts the girl. 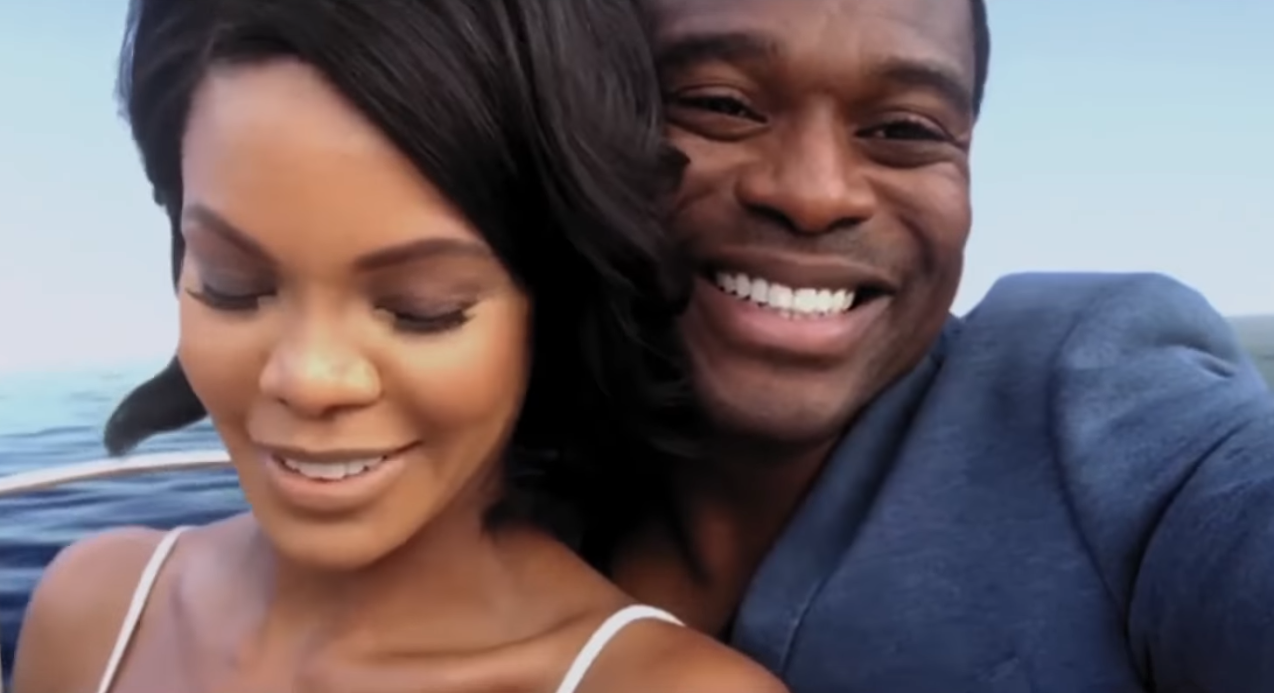 The next several scenes should have been called “Chronicles of a Fool”. Melinda finds him cheating, works up to a rage, and ends up destroying his property and her own body. Her damage is permanent, but she takes him back weeks later. They end up getting married and settling into the house she inherited from her mother (paid off, I must add).  They age as Melinda (now played by Taraji Henson) works two jobs to pay for their lives. Robert (played by Lyriq Bent) spends years pouring over an invention. She drains away the money her mom left and ends up mortgaging the house. They are in debt as he pours time and money into his inventions and never gets paid. She works and never gets rest.

Of course, the next scenes are of a divorce. A person can only take so much mental abuse and physical toil before they start looking for a way out. This is where I start to get disappointed. Instead of turning into a spectacular second act about healing, second chances, something deeper to make what Melinda went through more than a vehicle for Robert’s success. But alas, that’s all it is. Robert hits big with his invention, the old side chick comes back, and well, you can probably guess where they all end up. 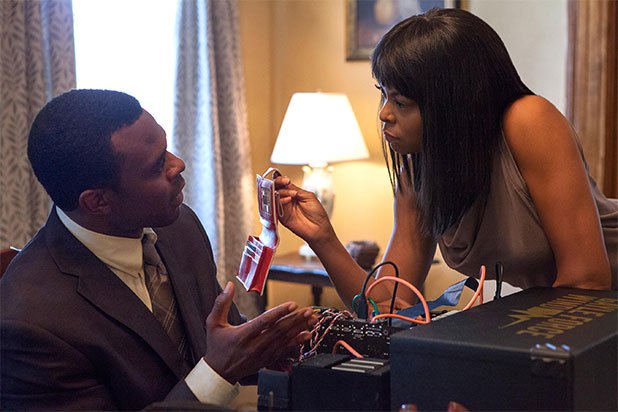 That whole second half fails to meet the momentum built by Alexus and Benson as they laid the background for a terrific tale. The rest of the movie tries to fall into a thriller, but changing lanes midstream hardly works in film and Acrimony is no exception. Although the second half of this film had me screaming at my tv in frustration, it never held its end of the bargain.

I know, you say this is a film the centers Black relationships, Taraji, and Ajiona—all three of those pieces to this project deserve some of my praise and less criticism. I beg to differ. Today, all Black centered creative projects are being heavily scrutinized, studied, and modeled so that Hollywood can divine the “Black Panther Magic Formula” that brings Black audiences to the movies in droves. In the meantime, acceptable treatment of Black women in film is laying in the balance.

This is why I criticize. When Hollywood finishes its “research” and applies the lessons to mainstream film, Black women must be depicted properly. Play on the stereotypes, but don’t promote them. Use their Blackness don’t abuse their bodies. Heed the history. I can’t let this film off the hook for building up a narrative on the back of a broken Black woman’s body and mind, only to use both to create a thriller in which she is the monster. It’s too easy and the Black creators involved should know better. Even Ajiona and Taraji can’t save a movie where you break a Black woman all the way down and only to make her crazy–homicidal.

I go back to the beginning, though. It worked well to get to the bottom of the stress that silently eats away at Black women until we just drop dead from the weight. It pulls back the “strong women” label to tell every that this is what is wrong with us, and only part of how we become so damn stressed out. True, the film is only one depiction. It could have been a great one if the ending worked.

There are lots of thrills here and enough to keep your attention until the end. Don’t expect a satisfying finish though. Some of y’all might even get a little mad. 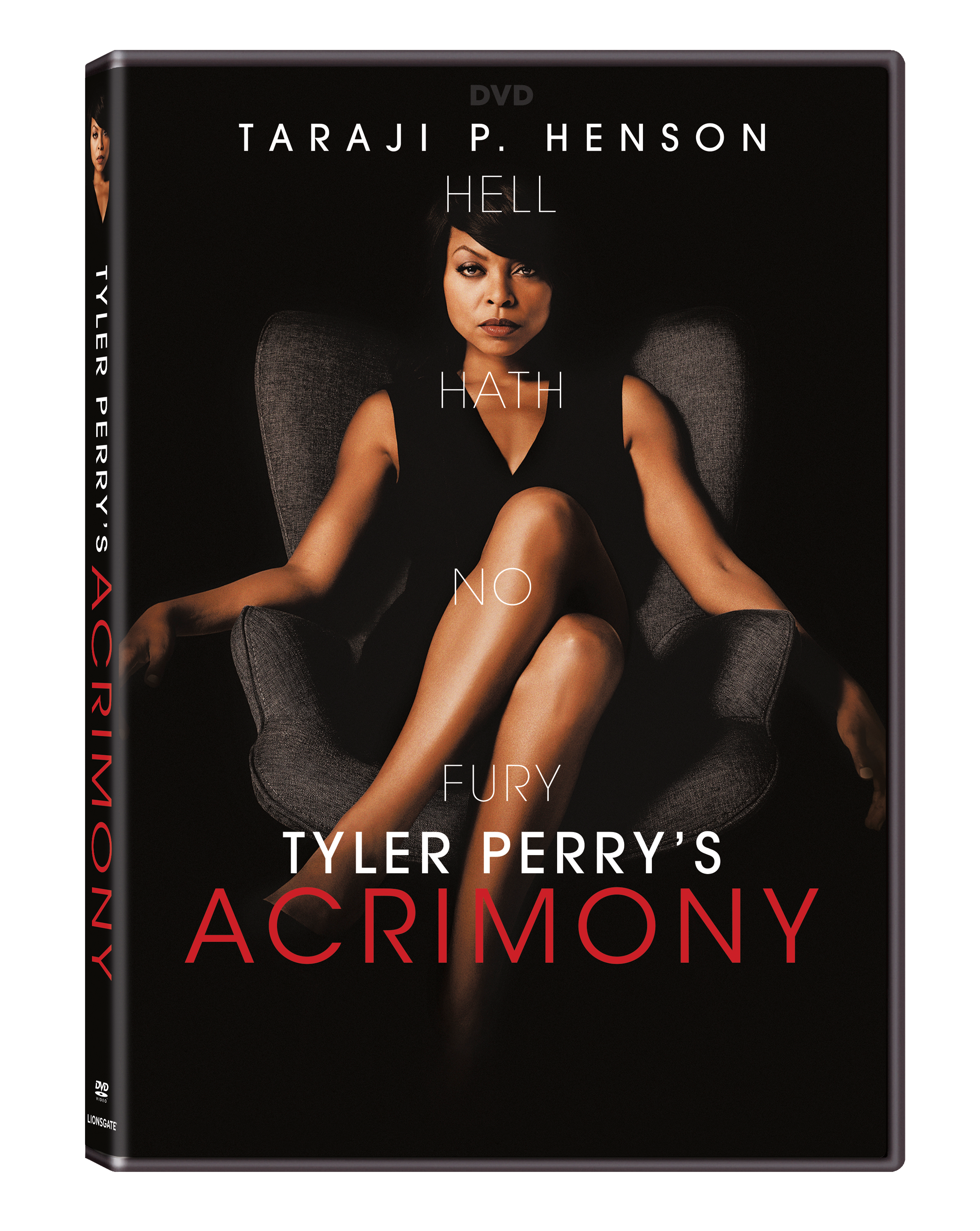