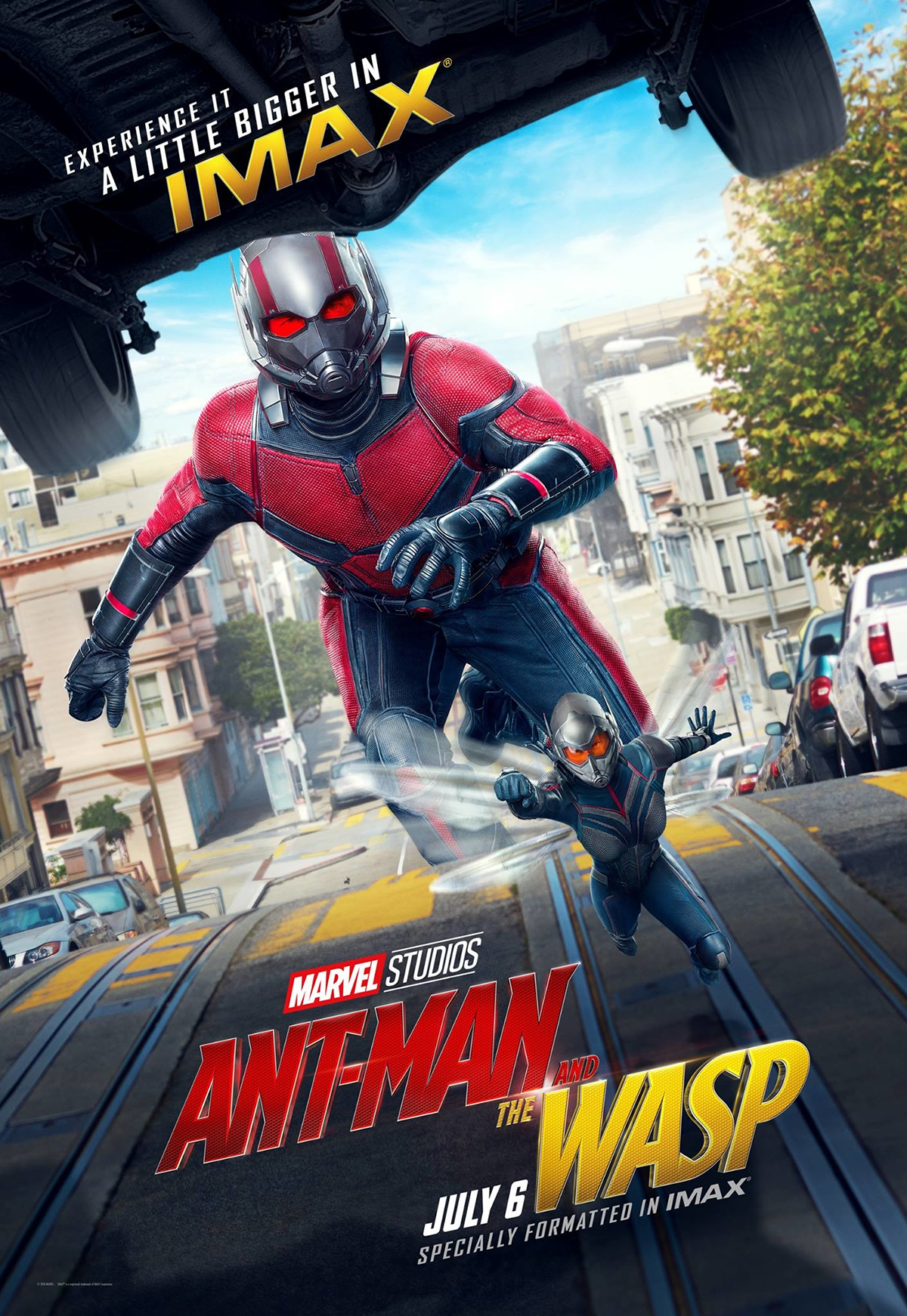 No one expects the minor characters in the MCU to make a huge splash in between Marvel’s keystone Avengers and X-Men movies. However, Ant-Man and the Wasp does manage to make an impression, and in a sequel at that. This addition to the Marvel storyworld does manage to entertain and introduce some key characters in Marvel Comics history. Both accomplishments make this film worth the box office milestones it made in the opening weekend. (Some people are saying it will be the last box office hit of the summer.)

The film begins with the snarky, but loveable Scott Lang (Paul Rudd) on house arrest. This is not because of his antics after the first Ant-Man film. No, Lang is paying the consequences for helping “Cap” during Captain America: Winter Soldier.

Remember that big battle where he grew the suit taller than ever to help fight back Ironman and his crew? Remember all the damage that did? Do you also remember that he stole the suit in order to fight with the Avengers that day?

That’s what has him in trouble. Now, I do have to say that I wish my dad was as cool as Lang is to his daughter. When I visited my dad on weekends as a kid, for the weekly court-appointed “quality time,” there were no cardboard box forts, fighting paper machè ants or a freaking luge made of boxes! I admit that my inner child sat in my theater seat jealous of Lang’s daughter Cassie, played by the adorable Abby Ryder Fortson. In fact, I loved how the film made the relationship between the father and daughter a vital plot device that kept returning throughout the film.

Lang and Cassie made the film adorable, but the funniest parts were brought by Lang and his old crew. The group of ex-cons that want so badly to go straight and work for Lang are back and funnier than ever. Michael Peña steals several scenes as Luis, the head of the security company while Lang is on house arrest. Bobby Cannavale is now the overly admirable husband to Lang’s ex, played by Judy Greer. Cannavale fangirling over Lang in his scenes add flavor to an already well-seasoned comedy. T.I. and David Dastmalchian return as Lang’s cohorts, rounding out the comedic part of the cast.

Rudd expertly maintains the comedy throughout, even in the scenes where the film starts taking itself way too seriously. In one scene, Rudd, Henry Pym (played by Michael Douglas), and Evangeline Lilly’s character Hope are doomed for death, Rudd’s “emergency” call from his daughter provides a much needed break in the dramatic buildup. Ant-Man and the Wasp is a film that knows its purpose—to assuage the masses until the next Avengers film shows up. The job entails keeping things funny, exciting, and entertaining. This film does not disappoint. 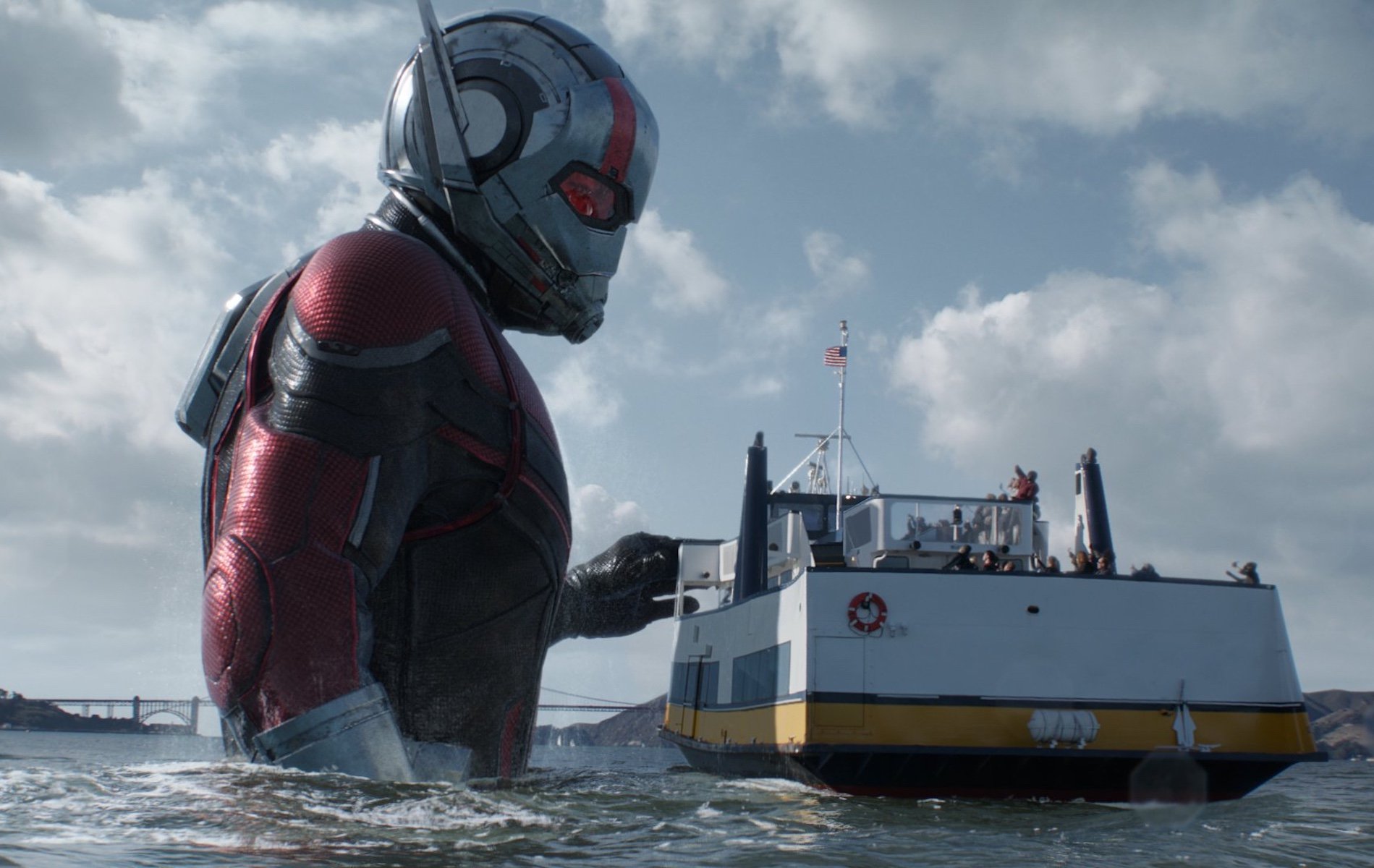 For that reason, I was surprised to find that the MCU chose Ant-Man and the Wasp to introduce two characters with important comic backgrounds. Bill Foster, played by Lawrence Fishburne, is actually an influential Black character in the Ant-Man comics and on his own as Black Goliath. Foster’s character debuted in 1966 as the colleague of Henry Pym, the original Ant-Man. Foster was a Black man working as a scientist who contributed to the work of the legendary Pym and aided the Avengers in several storylines. A Black man, a scientist, working as an equal to a superhero, all during the Civil Rights movement and Jim Crow Era. He became the Black Goliath, a character who had his own comics and was often seem in the company of Powerman (Luke Cage) and Black Panther. Introducing this guy to the MCU is a major step in acknowledging the history of the comics and our nation.

The second important character is Ghost, played by Hannah John-Kamen. In the comics, Ghost is the White male nemesis to Ironman. Ghost is highly intelligent, stealing top secret Stark tech to use in his own endeavors. Ghost is a scientist, a genius, and a killer, so is that version that is in Ant-Man and the Wasp. By making Ghost a villain in the filler movies, the MCU was able to make some changes that wouldn’t harm the storyline and upset fans. There may be some crossing with Ironman in later films, but now, our introduction to Ghost is as a damaged, orphaned, biracial woman with so much more of a story to offer.

Like the last installment, this Ant-Man film does indeed deliver all the things we look for in an MCU filler, while also staking a small place for itself. It’s important character introductions and even-handed comedy are what makes Ant-Man and the Wasp worth its blockbuster status. The fight scenes, special effects help too.

Also, there is a reason why Ant-Man was not in Avengers: Infinity War and it wasn’t because of the parole. Stay seated through the credits to find out more.