It’s been a few years since I’ve read Tawni O’Dell’s debut novel Back Roads, a story about a teenage boy who has to run a household after tragic circumstances. While watching the film adaptation of the New York Times bestseller and Oprah’s Book Club Selection, the story of abuse and family secrets reminded me how good Back Roads is.

Back Roads opens with an introduction on a black screen. “In the summer of 1993, Bonnie Altmyer (Juliette Lewis) is arrested for the murder of her husband. Instead of going to college, Harley (Alex Pettyfer), her eldest child, is left to care for his three younger sisters and pick up the pieces.”

The movie then fast forwards to 1995 with a close up of Harley’s face. Harley’s face expresses pain, exhaustion, and acceptance. He is oblivious to a nosebleed from his left nostril. As the camera pans out, we see that Harley is seated in an office belonging to the chief of police. The police chief asks, “Why didn’t you shoot her from a distance?” Harley starts crying and the movie walks us through all of its rough, jagged, twisted and heartbreaking pieces for the answer. 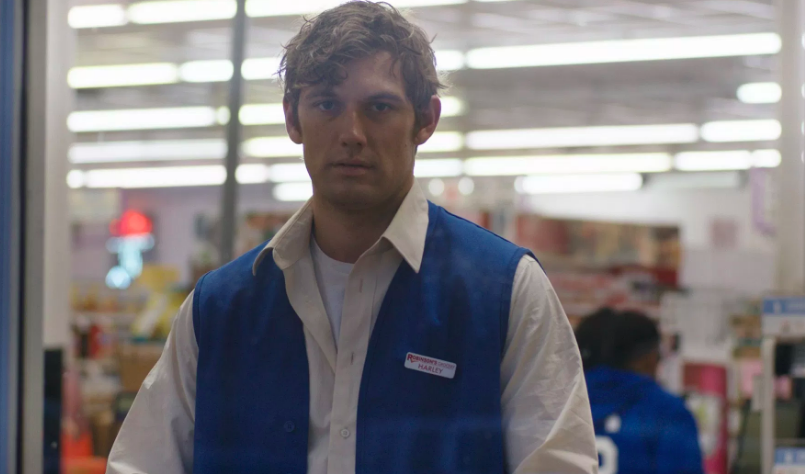 There’s a lot of pieces in Back Roads that center around Harley. While he is deemed man of the house, it’s the women who hold the power to either strengthen or destroy Harley. His sisters, Amber, Misty, and Jody, depend on him but are also independent based on their personalities.

Their mother Bonnie is dealing with her decisions that lead her behind bars, but Harley still suffers the most. Outside the home, Harley struggles to interact with an assigned psychiatrist named Betty. Then there’s Callie (Jennifer Morrison), the married neighbor whom Harley is obsessed and has an affair with.

The film adaptation of Back Roads is chilling, tragic and heartbreaking thanks to the actors who bring the characters to life. Harley is played brilliantly by Alex Pettyfer (I Am Number Four, Beastly, Elvis and Nixon, Lee Daniels’ The Butler, Magic Mike). Back Roads is also Pettyfer’s directorial debut and is the first film from Pettyfer and Craig Robinson’s production company, Upturn Productions, LLC.

At 28 years old, Pettyfer shows his skills as an actor and director with Back Roads.

The backstory behind Back Roads is that it was originally set to film in 2011 with acclaimed director, writer, and producer Adrian Lyne (9 ½ Weeks, Fatal Attraction, Jacob’s Ladder, Flashdance, Indecent Proposal, Unfaithful) directing. It didn’t happen. However, Lyne did write the Back Roads screenplay with O’Dell. Lyne’s work with stories of relationships gone dark and traumatic was a perfect match for Back Roads. 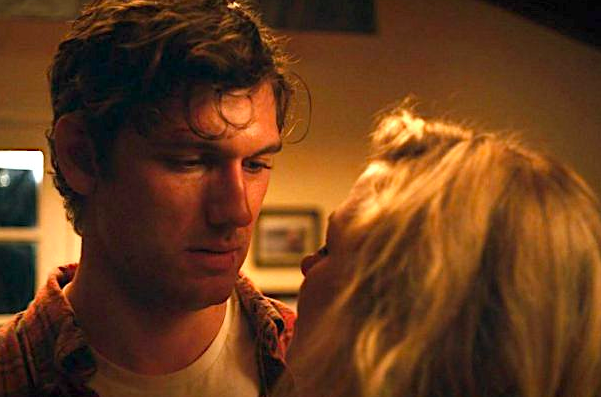 I hardly recognized Jennifer Morrison, best known for her role in ABC’s Once Upon a Time. Morrison plays Callie Mercer, the married neighbor turned Harley’s lover. Morrison made me dislike Callie, a bored and desperate woman who leads Harley on in not so subtle ways. In their first scene inside the grocery where Harley works, Harley stops in his tracks when Callie is bent over in an aisle. She proceeds to take advantage of Harley’s admiration of her, assets, throughout the film.

I think she’s abusive towards Harley as far as sensing his weakness until the table turns.

The three young actresses who portray Harley’s sisters, deliver strong performances from their typical acts of siblings clashing to the explosive ending. Nicola Peltz (Transformers: Age of Extinction) is great as Amber, the promiscuous 16-year-old who hates being trapped in the midst of a small town just as much as Harley. Chiara Aurelia (Gerald’s Game), plays middle sister Misty. Misty is her own story with a plot twist that Aurelia masters with an impressive ease. The youngest sister, Jody, is portrayed by Hala Finley (Man With a Plan). Finley plays Jody as an old soul who knows more than what her older siblings believe.

Acclaimed actress Juliette Lewis (Natural Born Killers, Cape Fear, Osage County, Secrets, and Lies) does it again when it comes to role-playing. While only in a few scenes as Bonnie Altmyer the imprisoned matriarch. Lewis never disappoints me with her talent. There is one scene between Lewis and Pettyfer that is very powerful. Too bad I can’t describe it without giving away the plot.

Trust me, it is worth watching and I applaud Pettyfer’s skills in directing himself and the film. He shows that he can hold his own with Lewis.

Back Roads is produced by Upturn Productions, LLC, Infinity Films Productions and Back Roads Productions, in association with Hyde Park International. It opens in theaters in New York on Dec. 6 and in Los Angeles, Chicago, Atlanta, Austin, and Philadelphia on Dec. 7. Back Roads will also be available on digital/VOD on Dec. 7.

Review: ‘MA’ At Its Core Is A Story About Rejection