Bikini Moon is a gritty, urban drama centered on Bikini (Condola Rashad), a mentally unstable veteran’s life. Her story is documented and exploited by a film crew who wish to make the next great independent film. In this film, we watch Bikini fight to gain custody of her daughter, struggle with mental illness, and go through the hardships of trying to get back on her feet and being homeless. Bikini Moon is a “documentary about a fairytale,” a very urban, deeply real, and despairing fairytale about family, mental illness, and struggle.

The film starts off with an introduction to Bikini. We are then introduced to the film crew who will be following Bikini around. From the very beginning scenes, we see just how personal the film crew gets with the moments that they choose to document. Bikini’s life is theirs now. Her life will produce their masterpiece. We see Bikini struggle to find a place to live. Early on in the film, she juggles various homes until she is taken in by the director, Trevor (Will Janowitz) and his girlfriend, Kate (Sarah Goldberg). Kate is the one who proposes the idea. The only way she can convince Trevor to let her stay is by reminding him that he will be able to film Bikini whenever he wants, 24/7. 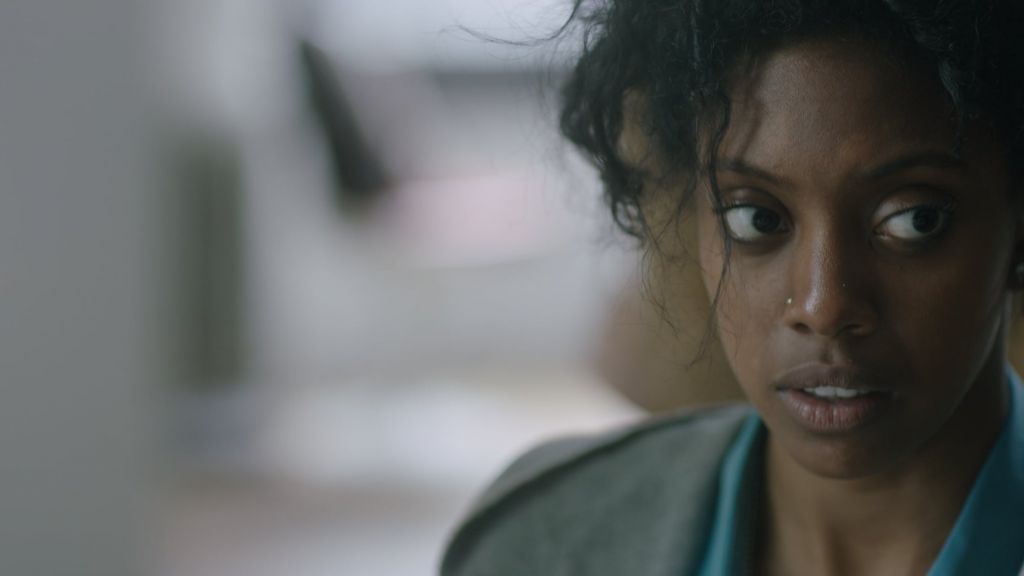 The rest of the film unravels as we see Bikini attempt to better her life with Kate’s help. We also see her struggle immensely throughout the whole process. We learn about her time in Iraq–or at least what she is willing to share–and there are a few unexpected mouth-dropping moments in the film adding to the chaotic life of Bikini.

Because this is a documentary (mockumentary), there are plenty of interviews and “talking head” scenes. The director constantly provides input and orders to his camera crew such as “pan left” or “zoom in”. The film takes you behind the scenes of the filming of a documentary. Documentaries are usually not scripted, however like other films direction is required. There is also a story structure. There are plenty of unexpected scenes, but generally, the directors usually know what shot they want and it’s interesting to see it from the perspective of Bikini’s life. Although the moments in her life were very real, in the end, it’s all for a documentary film.

Bikini Moon is very layered, covering topics such as homelessness, veterans, mental illness, PTSD, foster care, and much more. It is a beautiful story featuring phenomenal acting. Condola Rashad’s acting was compelling and real. She embodied Bikini and every detail of her character. Rashad played the role well and I hope that more people get to watch her talent in this film. Bikini is an unusual character, she’s charismatic and free-spirited, but she’s also sad and lonely. You can see it in her eyes–in Rashad’s eyes that is.

This is a mockumentary style film, but it feels very much like a real documentary. The scenes and situations that the crew films are very authentic and relevant to the story. In some situations, we see people decline to be on film, as they might be participating in illegal activities or don’t feel comfortable with the camera. We also see arguing or more “awkward” intimate scenes which may make you wonder if it should even be filmed and recorded by the camera crew. The scenes are so intimate and it’s awkward knowing that the whole camera crew is watching and recording every minute of it. 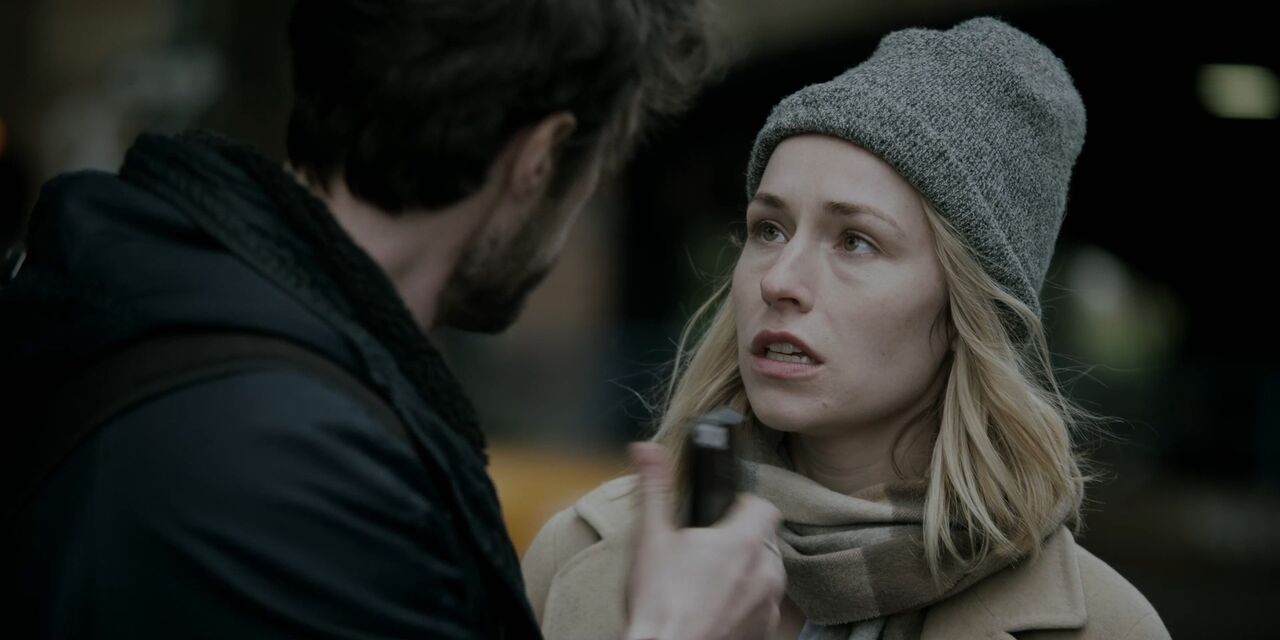 In terms of visuals, the film plays around with different techniques such as the use of a vertical aspect ratio when Bikini is holding the camera. There are also times when Bikini disappears for a long period of time, which causes a lack of “footage” for the crew members. But we get to see Bikini from surveillance cameras, such as the one you may find at a bank’s 24/7 ATM machine. The use of the surveillance camera isn’t overdone or corny. The filming techniques are all in sync and come together to tell Bikini’s unique story in a gripping way.

Overall, I enjoyed this film a lot. It was a deeply compelling and emotional story. Viewers are taken into the world of Bikini. Bikini Moon’s director, Milcho Manchevski, brought this story to life and tackled these incredibly deep issues in the way that they should be tackled. He didn’t sugarcoat her life or draw out the plot in an unrealistic way. Her story was real, it was the definition of struggle and loneliness and mental illness.

Even the idea of the film crew exploiting her story for the sake of fame and recognition is a story within itself. It makes you think about why we as humans are so invested and concerned about other people’s lives. Is it for our own benefit or is it more than that? Bikini Moon discusses privacy and boundaries, and what that may mean to others when it doesn’t pertain to them.