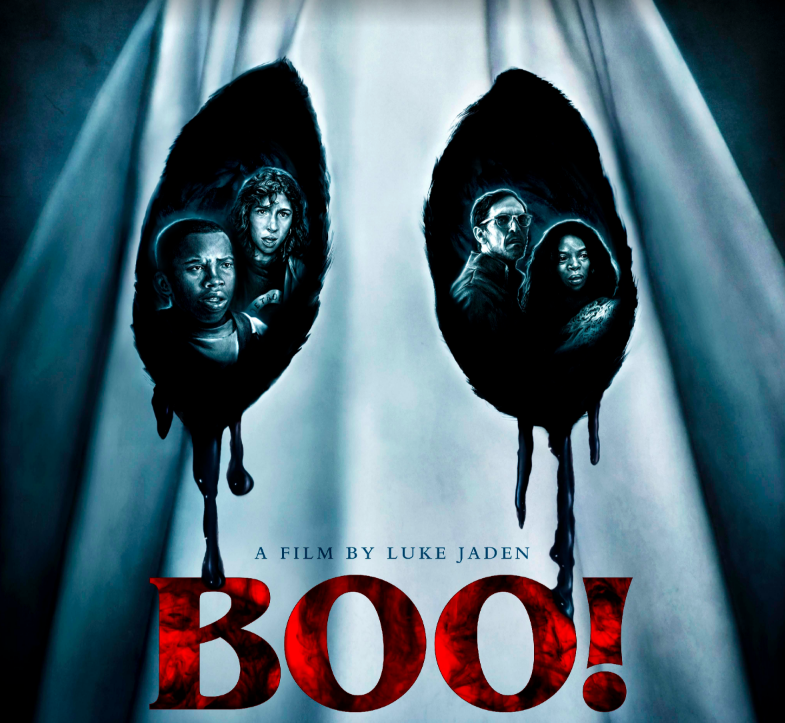 In recent decades, since the implementation of childhood fears has become a common thread for horror films, artists have tried to recapture the essence of what frightened us as children. BOO! plays on this very notion of distorting the idea of innocent children and presenting them in a fearful manner. Following films like It and Orphan each take part in twisting what society deems acceptable for children. Playing on their innocence to lure audiences into a false sense of security. Then when audiences least expect it, the truth is revealed, and their nightmares are realized. Taking what they thought they knew about children and perverting it.

BOO! plays on this exact idea. The film is this year’s most entertaining and psychologically thrilling movies. This cinematic production explores the realm of brokenness and the fragility of the human psyche. Everyone has something to hide, and this film reveals that secret for everyone to watch.

The film has an extraordinary list of performers that ignite the theater to its fiery end. The great cast includes Morgan (Aurora Perrineau), Elyse (Jill Marie Jones), James (Rob Zabrecky), and Caleb (Jaden Piner). Jaden Piner is most notably known for his work on Moonlight. The movie does not end solely with a brilliant group of actors— it is also directed by Luke Jaden and co-written by Luke Jaden and Diane Michelle. With such talent being contained in a single film, it is a picture-perfect movie to watch in the evening hours when one is alone. 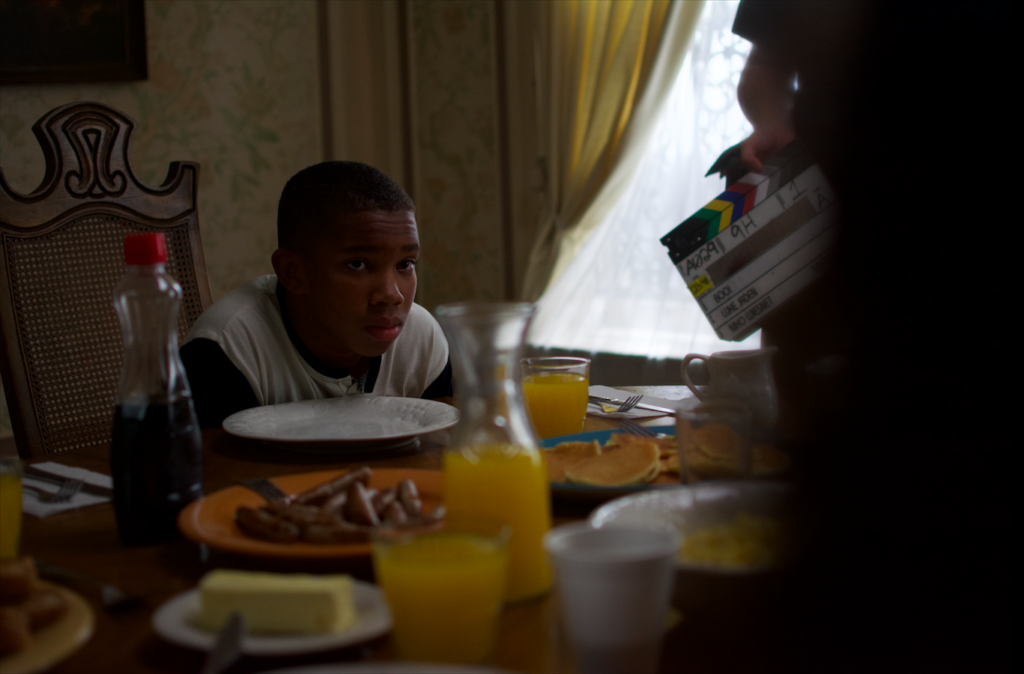 For those that are in the mood for a spooky movie this Halloween season, BOO! is the perfect psychological horror motion picture that will terrify audiences. The film’s bloodcurdling nature derives from its use of the “uncanny”.  The story takes place in present-day Detroit, in a typical neighborhood home, with a less than normal family. The ordinary and mundane life of a small family is representative of the familiar — because we all know what this looks like. The strange is what frightens the audiences. The film reemerges those long-forgotten possibilities and distorts them in a petrifying approach. Together the movie with its unorthodox application of the uncanny produces a feeling of eeriness and estrangement, leading one to believe this could be one of our neighbors’ next door. 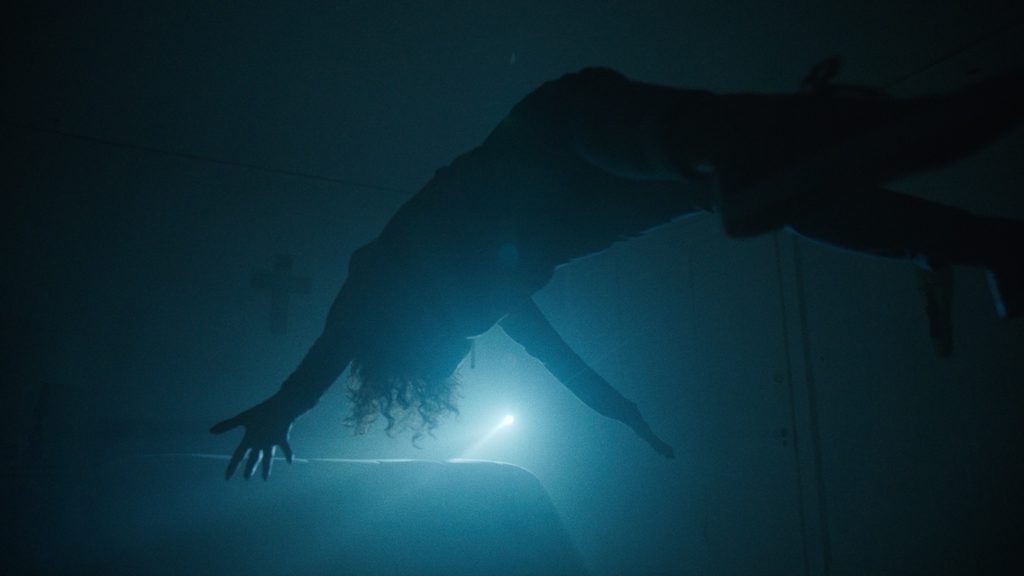 Horror flicks often dig deep down into the caverns of the human mind to find what frightens individuals. BOO! is no different in its approach to find a fear and exploit it. Their exemplification of the uncanny brings to light what society deems unacceptable.

The supernatural elements in the film, help to galvanize the family into facing what terrorizes them in the darkest hours.  The terrifying aspect of the film is the psychological trauma it imposes on its audience. It takes what makes us happy as children and forces us to look at it through fear and disgust.  By allowing its audience members to perceive the supernatural, it creates an uneasy feeling that forces our minds to create a doubling of circumstances, which conceals the monstrosities that scare us.

On Halloween night, there is one test that arrives to challenge the family’s abilities to stay united.  Due to their carelessness — and disbelief of the supernatural — evil spirits of all kinds surface and bring the families biggest fears out.

James and Elyse are struggling to keep their family together. James is a religious zealot who is blind to his family’s needs and dismisses anything that does not a line up with his ideology. A child from Elyse’s past that she could not save haunts her. Besides their marital problems the other members of the family also contribute to the instability of the home with their own internal conflicts. Morgan, a teenager, battling with the thoughts of her own extinction, wonders if it would matter to anyone. The youngest son, Caleb, systematically strings together his repressed fears and emotions in an artistic representation of hellish inventions. 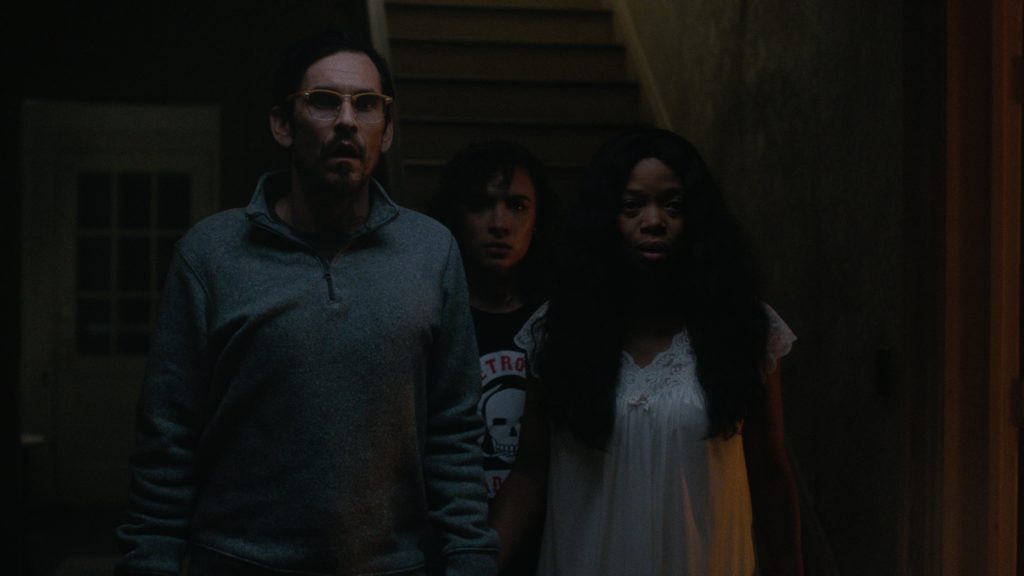 The two children with their formidable concerns go unnoticed by their parents who are oblivious to their own children’s suffering. The evil inside the house flourishes while the family battles their internal demons. The family must band together in order to stop the unimaginable terror.

Regardless of what many people believe about the supernatural, the truth of the matter is that motion pictures like BOO! explore the inner demons everyone has. Who is willing to give in to their fears and who is willing to fight back? What happens when one is not strong enough to fight off their inner fear? BOO! scares audiences with more than just a scary title, it explores the inner fear — and alters our understanding of childhood games.