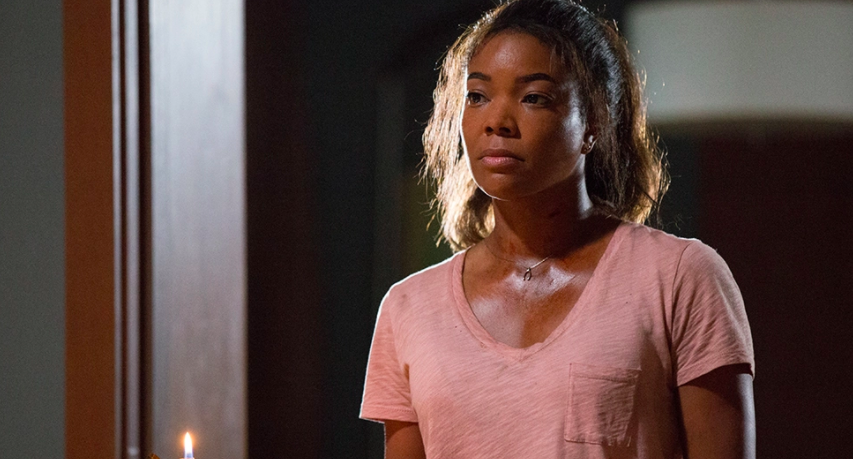 On the surface, this looks like a film that’s been done too many times.

Woman and kids in a smart house.

House is hijacked by crooks.

Mom and kids must escape.

Director James McTeague crushes any semblance of the staid house movie tropes in the first five minutes of the film. No spoilers, but I will tell you to hang on tight to your popcorn bucket.

The smart house movie is not the only tired theme being attacked by Breaking In. Gabrielle Union plays a mother named Shaun in a role that finally allows the actress to attack all the Black women stereotypes that have suffocated almost every role she’s taken since 1993. The independent woman, the matriarch, and the strong Black woman are all shattered as Union plays around with a character who is hurt, vulnerable, and desperate to save her family.

Shaun and her two kids leave the city to close the affairs of her late father (played by Damien Leake). There are definitely daddy issues, but what those issues are never revealed. In fact, her childhood is referred to often throughout the film. Don’t expect to find out any specifics about Shaun and her father, however. What the film does reveal is that the house is not the typical country home. And, Shaun quickly finds out that she is not there alone.

McTeague wastes no time and no plot space with boring details — because the film is packed to the gills with action. Some of it is pretty tough to watch and so much of it is based on the shock factor. This creates a thriller that will have audiences on the edge of their seats, invested in a mother’s fierce fight for her kids. Warning: there may be lots of shouting at the screen. 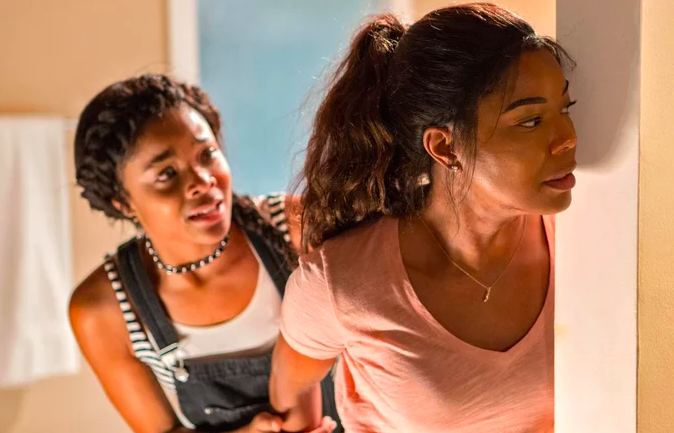 The fights are all brutal. Union runs around barefoot into the woods.  There’s eye-gouging, head smashing, and so many punches. This has to be the most physical role that Union’s fans have seen her in. The fighting is so intense and out of character for a Gabrielle Union movie, that I asked McTeague and producer Will Packer if they actually told Union that she was going to be badly beaten in this film. After some joking, they both revealed that she entered this film fully aware of the physical activity. Packer added that he had no one in mind but Union to play the part. It is truly her time to shine in a role that is physical, full of depth, and immensely entertaining.

Union indeed makes this movie her own by showing that Black mothers have weaknesses and do crack from the pressure. They can take on a heavy burden, and often do break under the load. Black women can also do a lot of things alone, but they also recruit help when needed — even if that help comes from the kids. Union reveals all of these sides in her role.

Breaking In is a supercharged thriller that only comes short in the backstory details. These details will hit audiences like a bad aftertaste and only after they come down from the movie’s action-packed high. Nevertheless, Gabrielle Union is the superhero in this drama, and hopefully won’t be the last to shatter deeply flawed ideas of black womanhood.