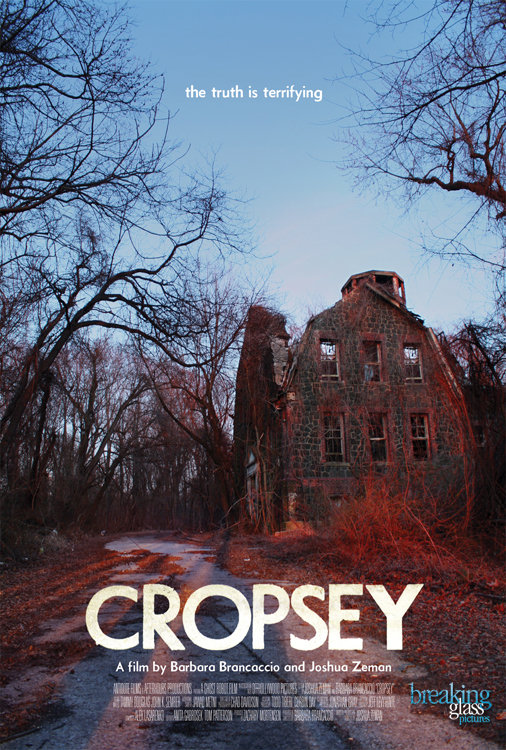 There’s something inherently terrifying about losing track of the monsters we create. Bad enough that they exist, bad enough that certain aspects of their pursuits are darkly linked to the society which molded them, but even worse is when, with nary a flourish, that same society doubts or ignores them. Rehabilitation and oversight take time and resources, things which bureaucrats continuously restrict, yet vocally champion in public forums.

The onus falls on the people. Neighborhood watches are at the center of Cropsey, the documentary by Joshua Zeman and Barbara Brancaccio, a sort-of-horror story that shifts a few times throughout its run. I don’t think it’s a particularly successful documentary, and it tries for traditional horror tweaks to empower its gruesome subtext, which is the abduction, abuse, and murder of young children. It all ends up quite confused and, at its worst, weirdly exploitative, tempering its questions with a narrative that starts as leading, but ends in unsatisfying mystery.

Starting off as an exploration into “Cropsey,” a kind of Staten Island boogeyman, things take a turn as Zeman and Brancaccio begin to find out more and more about Willowbrook State School, a mental institution which at its “height” housed approximately 6,000 young people who suffered under abhorrent living conditions. Urban legends implied that a killer or killers roam the Staten Island woods with certain relationships to Willowbrook; maybe former inmates, maybe former employees. The latter type summons up Andre Rand, a convicted kidnapper who may be a locus for the Cropsey legend, and includes interviews and asides with the police who pursued him and the neighborhood watch teams (mostly made up of women) who tirelessly combed the woods for evidence or human remains.

I wonder how much of the final film’s structure was a result of the editing room. The aspects of true-crime which lumber into focus hint that there may have been a reasonable documentary in this genre possibly resultant from this footage. Yet something about the movie tries to feel out a spookier type of tale, dwelling on decrepit buildings late at night, or a wavering camera keeping time with dueling flashlights. These sets of images, and others like them, should not be downplayed, and are definitely unnerving, although I often found myself asking, “Why are these filmmakers deliberately searching through these abandoned buildings at night?” It appears to be incidental, but they were clearly gunning for this aesthetic without admitting its design. There’s even a specific scene where Brancaccio is clearly afraid and wants to stop, but Zeman has them continue onward; the flashlight under a grinning storyteller’s face isn’t shown, but implied.

The truth is, the entire Willowbrook fiasco requires no stylistic adjustments to heighten what is most gruesome (I’m neglecting to go into it much in this review, but those interested should google it…carefully), which makes aspects like the aforementioned campfire-horror approach feel irresponsible. The film eventually shifts into more of a detective piece on Rand himself, who comes off as an unrepentant real-life monster, much more horrible than any urban legend. Fittingly, the film also nears some kind of a thesis on community awareness through communication and unity, though it doesn’t quite reach a satisfying conclusion there either.

Cropsey is an interesting enough documentary patchwork, and while I do enjoy films of this type which pursue the story as it is found—Werner Herzog’s work comes to mind as a gold standard in this regard—I never fully trusted the filmmaker’s intents, here.

Cropsey is available for streaming on Sundance Now, as part of their “Halloween Treats” list.