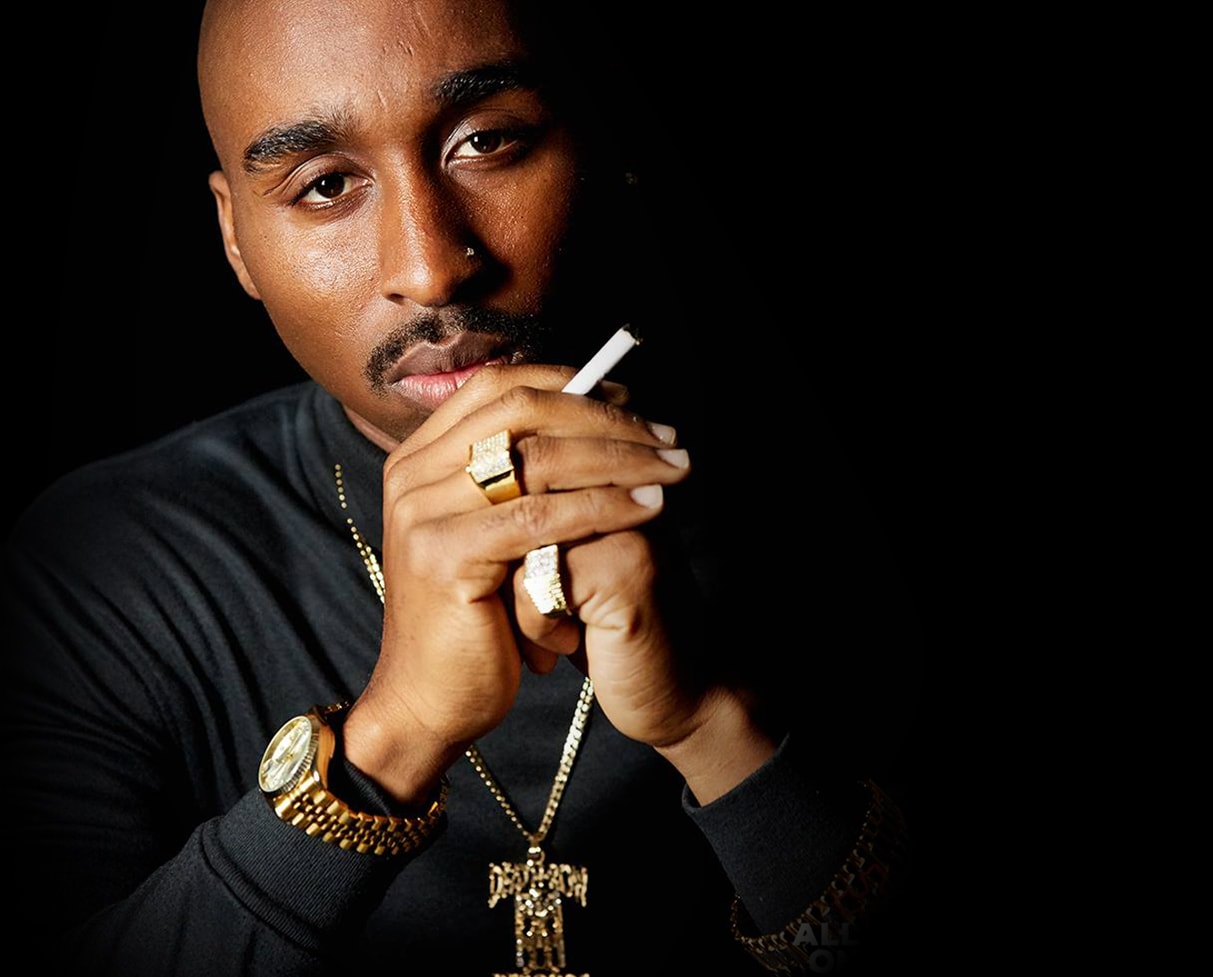 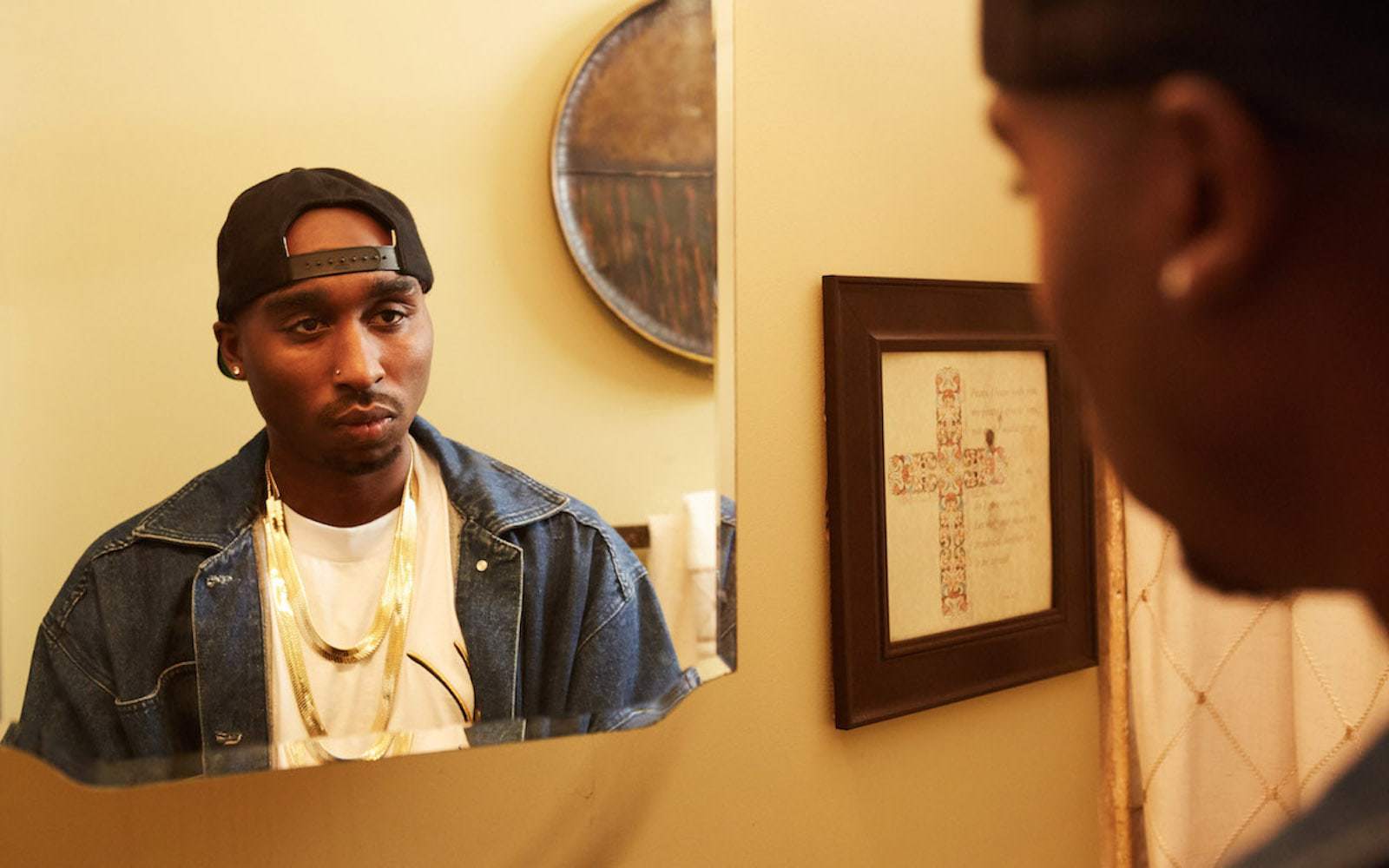 The spotlight hits the stage. The musician stands in the glow of it, first viewed from behind in near-silhouette, then from the front, all in arcing curls of the camera. They are pensive, statuesque, maybe ghostly, incandescent. The soundtrack pumps the ambient chants and applause of a crowd like a bellows, unseen for the lens flare, but you know they are there. You are an audience in the darkness of a theater, they are a symbolic audience heard in surround sound. Neither sees the other, but both knows what they are there for. The musician thinks back on their life. The process of their life unravels, usually hasty minutes in childhood, yawning into an hour or more for their central, formative years. Near the end of their life, things happen too quickly. Mistakes echo through an era, becoming cruelly significant, crafting the era and the life and back again, much like their musical contributions. Romantic relationships are continually compromised, signed contracts disintegrate with betrayal. They have angered old friends and dismissed unheeded warnings. Maybe their adult confusion longs for something or someone existing in the country of their youth, from which their talents, ambitions, and happenstances emigrated permanently. And then, in most cases, a death entombed in question-marks. Even the well-examined life still ends in death, but at least the soundtrack was dope.

I’ve just described most music biopics, including All Eyez On Me, the new dramatization of the life of one Tupac Amaru Shakur, directed by Benny Boom. A drama based on Tupac’s life is possibly the lowest hanging hiphop-to-movie fruit, and the fact that it’s releasing following Notorious and Straight Outta Compton makes a lot of sense to me. Tupac’s story has been adapted, memorialized, academically interrogated (by university professors and teenage internet researchers and everyone in between), and desperately discussed between coughing fits in blunt ciphers ad infinitum by this point. I don’t mention this with a sense of dismissive sarcasm, but because his life and work is a perfect storm of contradiction, monstrous creativity, and considerable mystery. Among perhaps any other emcee of the 90s, Tupac lived the most in public, courting the cameras with not merely his effusive charm, but a nigh-Socratic approach to politics, race, personal responsibility, and cultural criticism, wrung out in his music as well as on camera. In short: he was amazing in front of any and all mics and recording devices.

While the first paragraph of this review is meant as a kind of interpreted blueprint for most music biopics, it’s also, more specifically, an outline for a fiction. Real life approaches this outline in retrospect, but rarely in practice, and I can already feel the thrumming buzz of the internet responding to all the details All Eyez On Me creatively converts or, less generously, outright fudges in service of 140 minutes of popcorn-fueled tribute. I don’t want to get preoccupied on these for purposes of time but…was that the same outfit he wore in the prison interview? Did he actually read Jada that scribbled poem? WHERE’S THE SLIGHTLY CONNECTING UNIBROW, A METAPHOR REPRESENTATIVE OF THE ARTIST’S STRUGGLED ATTEMPTS TO CONSOLIDATE THE REAL WORLD WITH ARTISTIC LICENSE, NEVER QUITE MEETING IN UNISON BUT WORTHY OF ADMIRATION FOR ITS REFUSAL TO BE GROOMED/ERADICATED BY THE STATUS QUO?

Sorry I just blacked out for a second. I’m back. Let’s carry on.

If you’re hostile to copious exposition laid out in affirmative back-and-forth, entire swaths of this movie might make you seethe. In greedily circulating cascading framing devices that don’t ever connect at the corners as they should, the movie rushes through significant events in Pac’s life in bursts. He’s in the ghetto. He’s auditioning (badly, I might add) for Hamlet in school. He’s punching out his mom’s crack dealer. I mean, no, my mistake, he’s actually in that famous interview in Clinton Correctional. Except he’s on a stage, remembering it all (which stage is he meant to be on in those scenes, for that matter?). What exactly is going on here? It rushes through each aisle of the supermarket, but then doubles back to offhandedly remark on unseen developments with blots of expository dialogue.

At least things slow down in the second half, which does allow for most of my preferred scenes. A strange thing that All Eyez On Me has a grasp of, more than others, is the casual; I say “strange” because I feel like these are the types of scenes that are usually harder to successfully deliver in films of this ilk. When not attempting to embed over-baked hallowed meaning into lines of dialogue, we findactor Demetrius Shipp Jr. and his co-stars at their most relaxed and colorful. It helps that Shipp Jr. is incredibly (if not, uncannily) good at representing Pac and many of Pac’s mannerisms on screen, but he also seems to vibe well with the other people on it. There is a well-demonstrated chemistry between Pac and Suge Knight, no better realized than in the final drive: Pac and Suge are driving through Las Vegas, Pac starts fussing with the tape deck, the two are laughing and think they have the whole world and its treasures ahead of them. The scene extends for longer than it should, and it’s one of my favorite in the movie, and not even for the script, really; the two just seem like good friends, and the moment feels genuine. 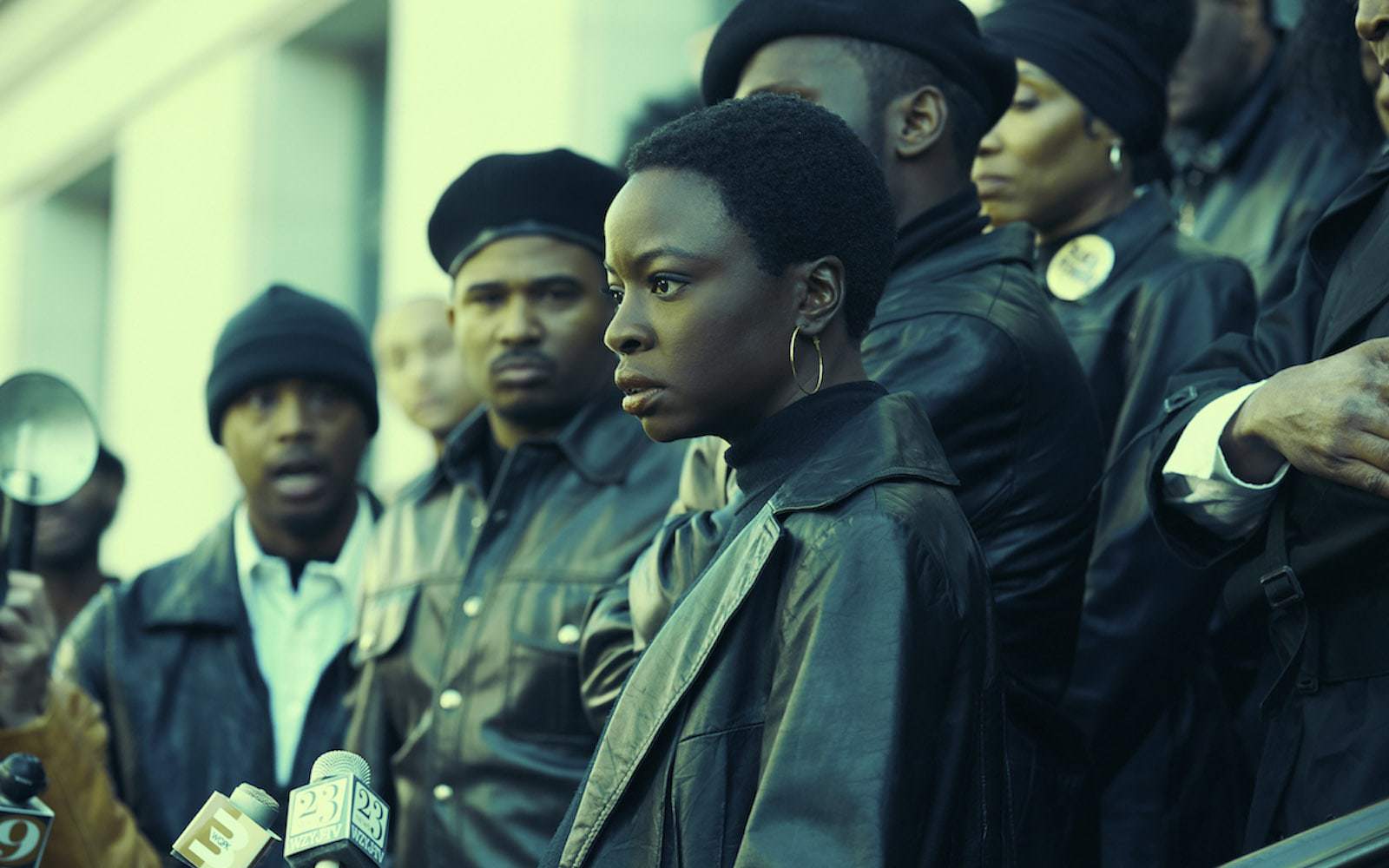 There are other talented actors that could be mentioned, and Danai Gurira’s turn as Afeni Shakur might blow out the speakers in intensity, but it isn’t caricature, either. I joked when I was talking to someone about this movie that the only thing it was missing was Keenen Ivory Wayans’ character from Don’t Be A Menace… chiming in with “MESSAGE” every few minutes. Many of the actors contend with that omnipresent weight by bringing a lightness or heightened performative aspect to their roles. I want to single out Jarret Ellis in particular, a brand new actor with no other credits to his name (!), for just slaying the role of Snoop Dogg. Every single time he appeared and spoke even a single word, the audience I sat with cheered and applauded the performance. Dominic L. Santana’s portrayal of the aforementioned Suge Knight is also terrific, with an intimidating, menacing presence (approximately 5-10% that of the actual Suge, which is as much as anyone could hope to achieve), but also abundant charisma. Jamal Woolard reprises his role of Biggie – a detail that is far more fascinating than it’s getting credit for, this transference of a portrayal between biopics – and his performance makes sense, although most of his character development occurs off-screen, existing as a specter criticizing and threatening Pac’s metastasizing celebrity.

You’ve also got a torrent of guest stars and two-second character walk-ons worthy of its own special episode of MTV Pop-up Video. Elbows in the theater will be bruised and sore as you point out the character (or even the actual person representing their own character) to your seatmates. These aspects, unfortunately, seem like the easiest reason for recommending anyone see the movie in the first place.

I suppose that some of the biggest problems of All Eyez On Me are the artistic decisions it makes for the life of an artist embalmed in his own artistic decisions and hindsight. It would be irresponsible to state that there aren’t profound or enjoyable moments to be had here – including a soundtrack that will inspire most in your theater to sing under their breath, at the very least – but I also feel like there remains much more to say of Pac’s contradictions and convictions than that he was a creative reactionary and Shakespeare-loving artist who also lashed out at his enemies. There is a sincerity in the film’s performed characterizations that is able to carry entire scenes, but also a confusion in what it insists are the moments that were the most meaningful to the man. For a contemporary icon whose works and persona continue to be examined by creative minds, the biopic-as-statement can’t help but feel like a stunted exercise. Fade out for daunting postscript, end-credits music.