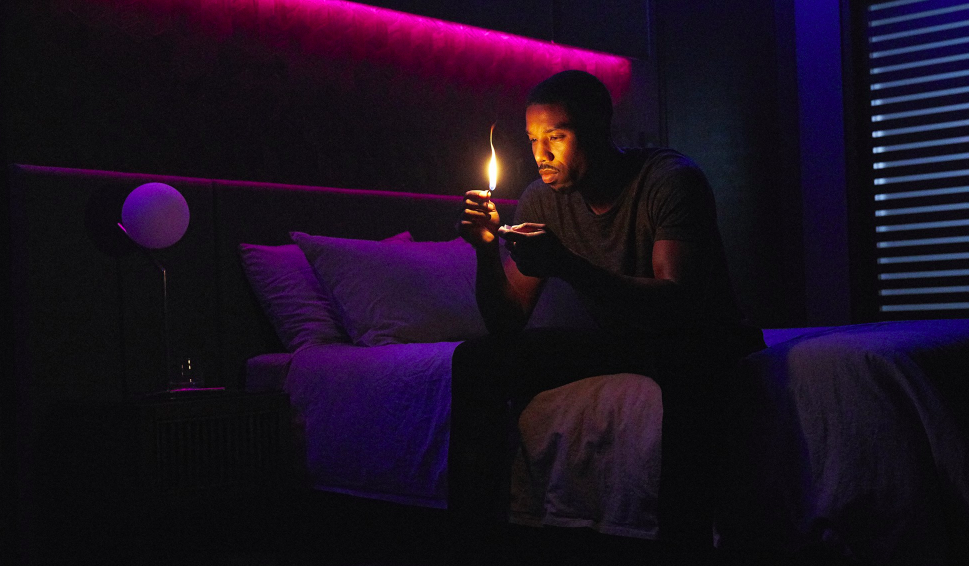 HBO Films presents the film Fahrenheit 451, the small screen adaptation of the Ray Bradbury classic novel executive-produced and starring actor Michael B. Jordan. Set in a dystopian future where knowledge and wisdom are a threat and the end result is burning books and literary art — the movie presents a dramatic thriller with some compelling performances by both Jordan and actor Michael Shannon.

The film begins with the story of Guy Montag, a soldier assigned to be a “fireman” whose sole purpose is to execute law and order by burning all literature left lingering in existence. His commander, Captain Beatty, played by the amazingly talented Shannon, has been a patriarchal figure in Montag’s life. Beatty practically raised him and serves as his mentor. Although the older man wants to inevitably have Montag replace him as Captain one day, circumstances take an unexpected, and fiery, turn. Montag then begins to question his own motives as an officer of the law.

Montag begins to struggle with his own conscience as he slowly begins to see the value of reading and knowledge and has intermittent flashbacks to his childhood showing his father sharing books with a young Montag. The dystopian setting in some ways mirrors our current one where the world and social media have their finger on the pulse of every attack and capture made by Beatty and his regime of soldiers–also known as the “ministry”. The city skyline at night is lit with a projection of emojis and messages from online users praising and commenting on the actions of law enforcement. 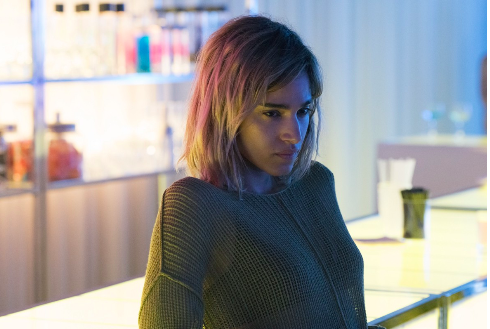 Montag meets an informant by the name of Clarisse (Sofia Boutella) who sparks his interest romantically and serves as an asset to Beatty.  This alternative world which again shares some parallels with our current world — depicts the media as widespread propaganda machines (I’m looking at you Fox News). Raven (Lilly Singh) is a tabloid reporter who works with the fire department to spread the disinformation by broadcasting the book-burning raids to fans.

There’s also Yuxie, who’s like Siri or Alexa and is an AI correspondent that speaks and receives commands like a personal assistant. Yuxie watches them at all times until the command to “go dark” is given to which Yuxie replies, “I’m secure now”.

Then there is the community of the “Eels”.  The Eels are a society of people who are fighting to preserve knowledge and culture. They are the last gatekeepers of books and are willing to sacrifice everything — including their own lives — to protect them.

And although this may sound all doom and gloom here, there is one kernel of hope to this story and that is the OMNIS. There has been a way to store all of humanity’s art, history and literature in a microscopic strand of DNA and this becomes Montag’s mission as he struggles with confronting his own humanity and opposing the ministry. 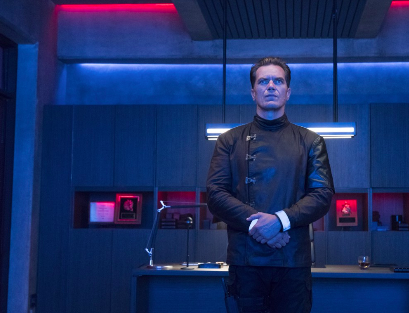 Fahrenheit 451 is an exciting thriller with strong performances. Shannon gives his best here, which could be said for most of his roles. The chemistry between both Jordan and Shannon is also palpable. It does seem to get pretty heated between these two. The performances coupled with the dramatic thrills makes the film a must-see for everyone in the current social media obsessed culture.

The film makes its debut May 19th on HBO.