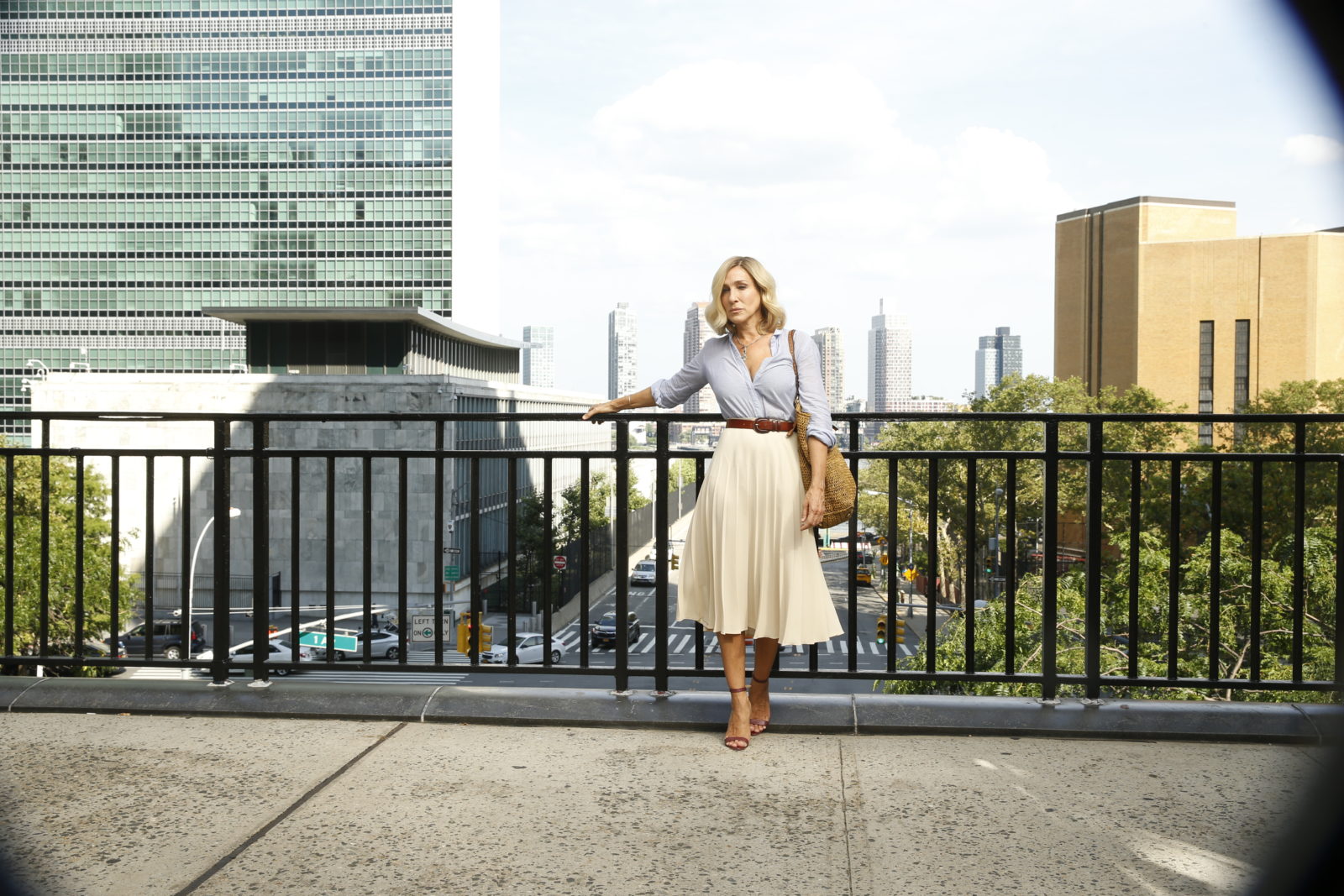 It’s not every day that you come across a movie that stars Sarah Jessica Parker, Common, Jacqueline Bisset, Renée Zellweger, and Simon Baker as an ensemble cast. When the film Here and Now came within my sphere of influence, it piqued my interest and I had to check it out.

The city of New York seems to follow Sarah Jessica Parker everywhere, and the backdrop to this story is no different. Set in the city that never sleeps, Vivienne (Sarah Jessica Parker) encounters a morbid diagnosis from her doctor that she has an aggressive brain tumor. Here and Now (formerly titled ‘Blue Night’) scrutinizes the moments shortly thereafter and how Vivienne inevitably rejects and then later accepts the reality of her medical condition.

Vivienne meanders aimlessly around the streets of Manhattan and tries to force her thoughts into some semblance of normalcy. Which is ironic since the storytelling of Here and Now drifts as arbitrarily as its lead protagonist does walking the streets of New York City.  Vivienne is a singer — having to bear this bad news on the eve of a major performance. As she wanders around town, in slight confusion, her cell phone incessantly rings. On the other line is her domineering mother Jeanne (Jacqueline Bisset) who mostly speaks French, and demands to know Vivienne’s whereabouts. 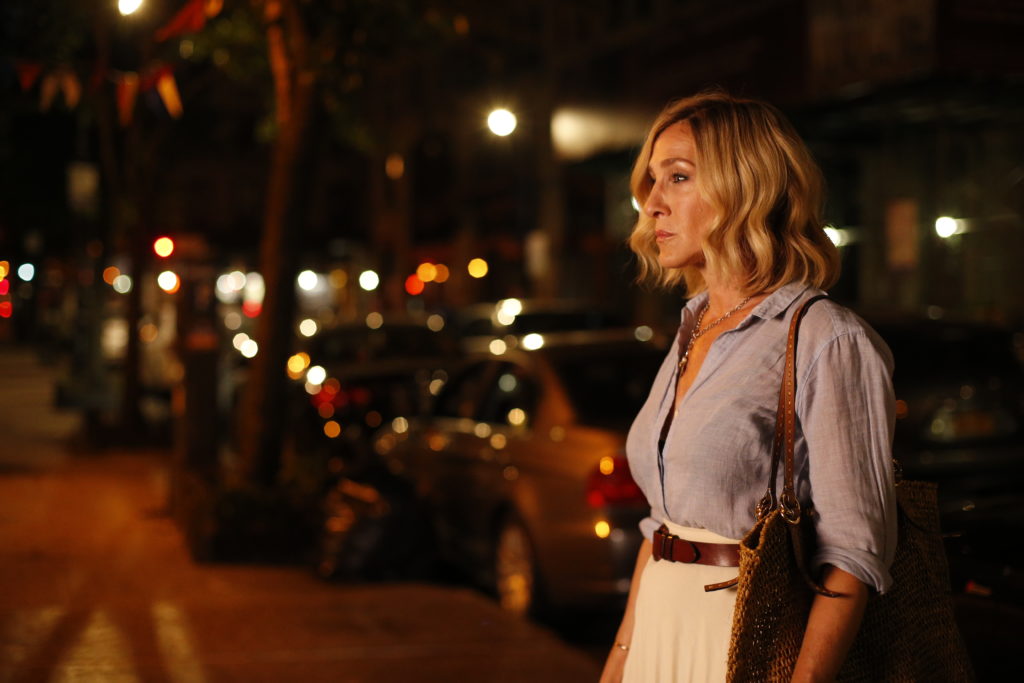 Vivienne ignores every one of her incoming calls and proceeds to resume rehearsal with her band for a weekend gig at Birdland and prep for an upcoming international tour. Her longtime manager (Common) micromanages her time — but doesn’t confront Vivienne when he senses something is amiss. Sad to say that Common was an afterthought, he’s barely in the movie. And quite frankly, this is disappointing since he delivered such a strong performance this year in All About Nina.

Viv pours her whirlwind of emotions into her drummer Jordan (Taylor Kinney) — who would classify as “boy toy” territory — oh yes, Viv is a cougar. There are barely any words between these two in the film — just hot passionate lovemaking — and frankly, for Viv, that’s all that matters right now.

After a moment of what I can only assume is postcoital bliss, Viv begins to meet a series of irrelevant characters who bring little substance to the story.  The first is the junior reporter (Phillipa Soo) for a music publication interviewing Viv and oddly lacks interest in her own interview subject. Viv, of course, is distracted, bemused, and can barely keep up with the questions. Not sure what’s to be gained from this scene, only to illustrate the fact that Viv is doing everything she can to avoid thinking about the bad news that’s dropped on her today. 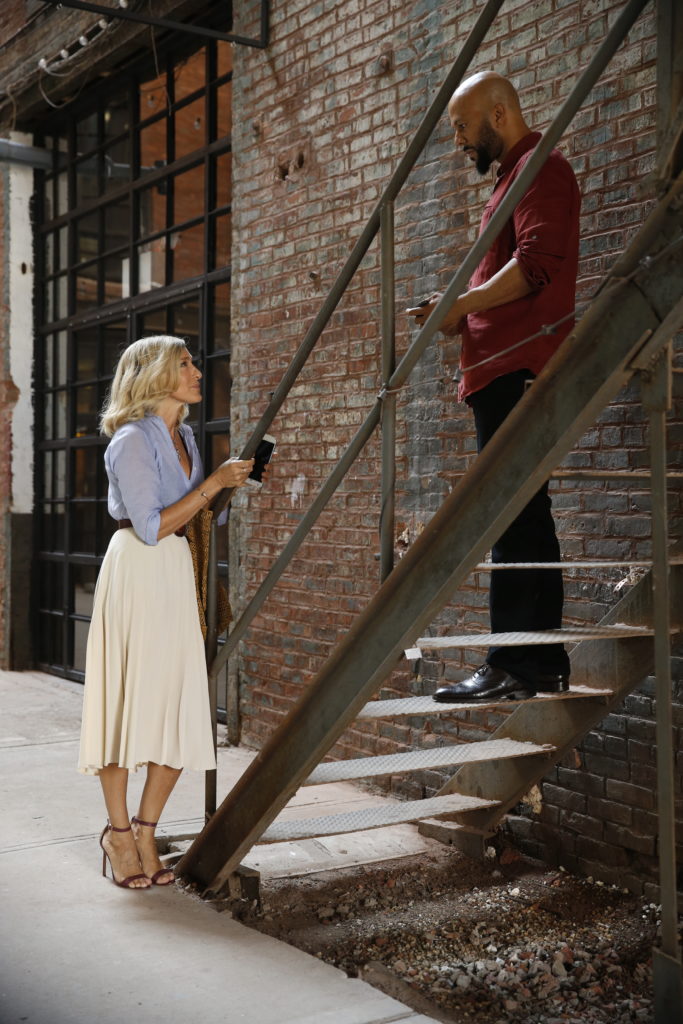 Then there is the Lyft driver Sami (Waleed Zuaiter). I can’t begin to tell you how annoyed I was by this relationship in the film.  Without giving too much away, there was a complete 180 with Sami’s character development that happened with absolutely no exposition to support its dramatic shift. Imagine seeing a character go from being a complete jerk to being a good Samaritan from one scene to the next, with no explanation.  That’s what happens with Sami, the Lyft driver. Additionally, the odds that Viv gets the same Lyft driver to pick her up on the same day in New York City of all places makes this movie all the more implausible.

Oh yeah did I mention Renée Zellweger is in this movie? She’s in it for a small cameo and is yet another character that adds no real value to Viv’s story. Renée plays Tessa, an old gal pal she hasn’t seen in five years who only reminds Viv of how much she’s missed over the years spending time on tour rather than time with her own daughter. And that’s it.  That’s all we get from Renée’s character and she’s done. Renée showed up on set for her one scene and had enough time get a mani-pedi afterward.  Viv has a daughter named Lucie (Gus Birney) who lives with her father and Viv’s ex-husband Nick (Simon Baker). Nick is a responsible dad who looks after Lucie and resents Viv for dropping by only when its convenient for her and not convenient for their daughter.

On a high note (literally) one positive thing you can take away from this movie is the fact that you will get to experience Sarah Jessica Parker’s under-appreciated singing chops. There are some beautiful melodies that play throughout the movie’s soundtrack. 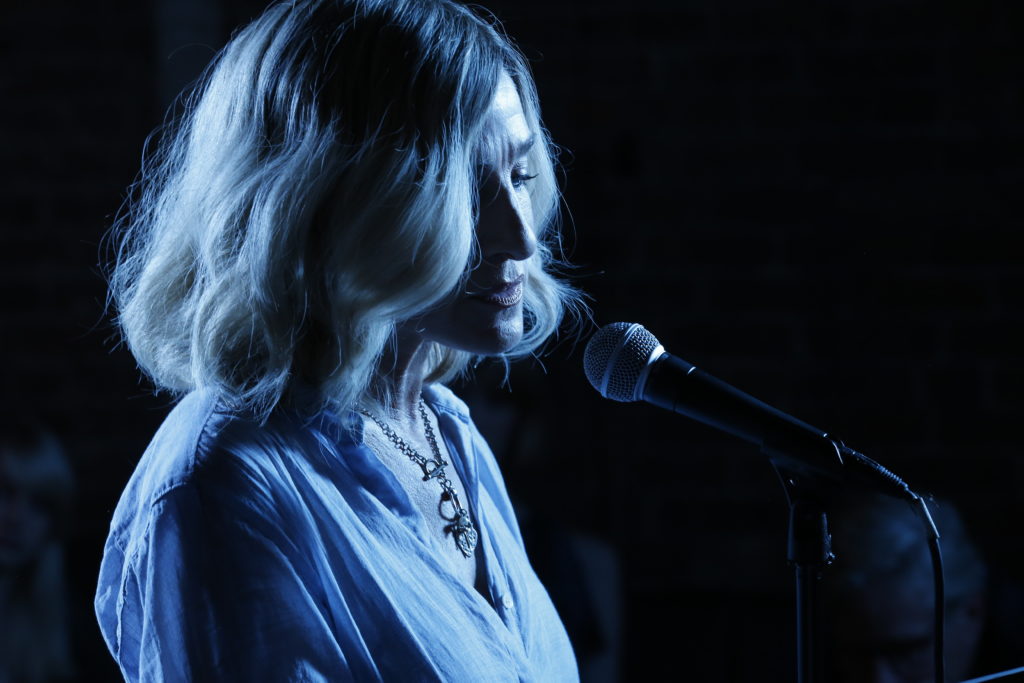 Here and Now sadly misses the mark by introducing characters that serve no real purpose to the narrative. And seeing that some of the insignificant members of the ensemble cast are well-known and very talented actors is an even bigger disappointment.  The film is directed by Fabien Constant and written by Laura Eason. Sarah Jessica Parker also produced the movie.

Here and Now made its debut this year at the Tribeca Film Festival and will debut in theaters, on demand and digital on November 9th.