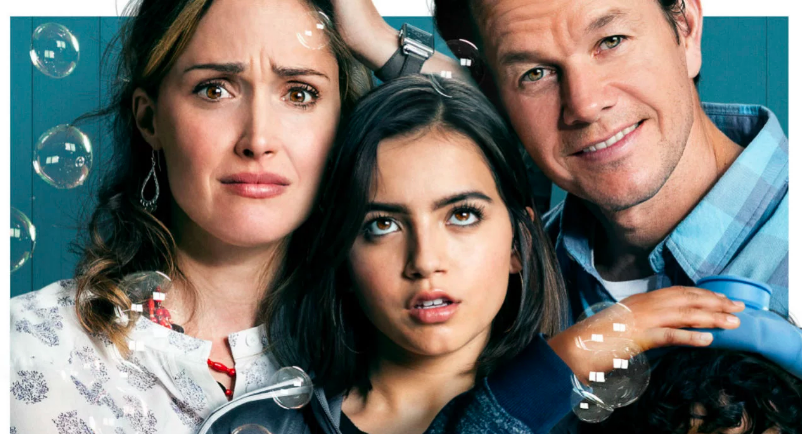 In Instant Family, Ellie (Rose Byrne) and Pete (Mark Wahlberg) are upper-middle class fixers who live in Middle America. They take ugly, worn down homes, strip them of the old and haggard, flip them and make them better. They add value to broken down things. Their life is normal. They have weekly dates, family dinners, and disposable income. Yet, they realize that something is missing.

The happily married couple are so busy doing what they love. They invest in real estate and interior design homes. However, they hadn’t discussed having children for several years. Eventually, Ellie & Pete decide to adopt. They are encouraged by Karen (Octavia Spencer) and Sharon (Tig Notaro) two social workers to attend an adoption fair. Before they know it, they’re tackling the challenges of foster care adoption.

While they originally plan on adopting one child, they end up with three all at once. The couple decides not to split up siblings, and quickly find themselves the parents of three foster kids. To their shock, adoption is not as simple as buying a fixer-upper and making it all better. As they rush to learn the ropes of instant parenting — they come to learn a lot about themselves, as well as others. Unlike remodeling a house, kids come with emotional and physical responsibility.

Lizzie (Isabela Moner) is a rebellious 15-year old who has seen a lot in her life. Presumably more than her privileged, white adoptive parents ever have. She’s smart, manipulative and presumably experimenting with sex with an older man. If not, definitely contemplating it. Juan (Gustavo Quiroz) is the middle child who is overly sensitive, clumsy and accident prone. Lita (Julianna Gamiz) is the youngest child, and she struggles with serious anger issues. 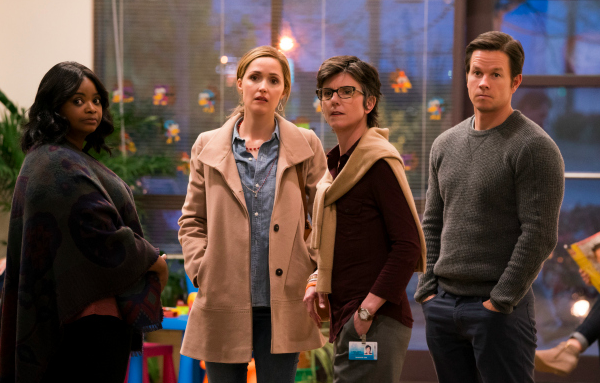 In Lizzie, viewers witness how the heart becomes callous and suspicious as a result of being passed from house to house. It is hard for Lizzie to truly accept the fact that Ellie and Pete genuinely loved her, and she gives them a really hard time. In Juan, viewers witness how the self-esteem and emotional stability of a child directly affect its home environment. Lita represents the innocence of childhood. 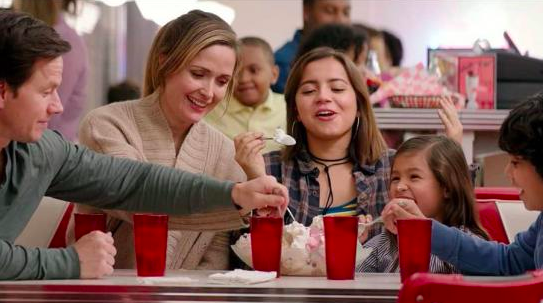 While Instant Family is a comedy, this movie definitely does not shy away from heavy-hitting topics such as: the ‘white-savior’ complex, the rejection of love that often accompanies children and adults who’ve been abandoned, the fear and insecurities of adoptive parents, the rejection that adoptive parents experience from their adoptive kids after visits with their real parents, and the discrimination that adoptive parents experience when they adopt “other peoples’ kids”. In a moment of honesty, Ellie herself even quips, “I feel like I’m babysitting other people’s kids”. This comedy honestly depicts that while parenting is very rewarding, that at times it is also one of the most difficult and trying experiences ever.

It is within the small group workshops with other adopting parents that many important themes and topics associated with adoption spring forth. There is an interracial, same-sex couple who appear to be in bliss, a white privilege Type-A mom with hopes of adopting an athletic recruit, sweet Christian parents with good intentions who just happened to adopt a crazy kid. It is through these characters that we get to see some of the motives that often accompany adoption. Pete himself mentions the ‘white-savior’ complex, where in some cases white parents adopt Black and African kids as their contribution or way of giving back to society, but how oftentimes these motives are not genuine and sincere. We’ve experienced ‘white-savior’ trope like this before in the Oscar-nominated film The Blind Side.

While adoption is not a laughing matter, under the direction of Sean Anders Instant Family does not make a mockery of adoption with comedy, but rather lightens the load that many adoptive parents and kids carry. Instant Family is the feel-good comedy that families will love this holiday season. Nothing beats a movie that showcases the healing power of love and not giving up on family. Grandma Sandy (Margo Martindale) as the loud, loving, heart-of-gold having grandparent — is the relative that every kid craves. Martindale’s on-screen presence is luminous and brings joy and energy to every scene that she takes part in. 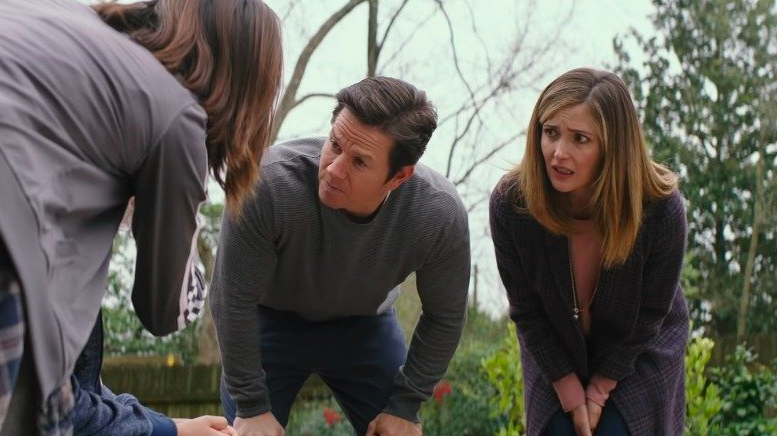 Written by both Sean Anders and John Morris, Instant Family not only highlight the experience of adoptive kids and teenagers — but also gives an empathetic lens to the parents who adopt kids. I appreciate the fact that Instant Family does not make the post-adoption story a happily ever after. The narrative writes itself in a manner that allows parents, adoptive parents and those without children to have a better understanding of what individuals go through that are directly impacted by the foster care system.