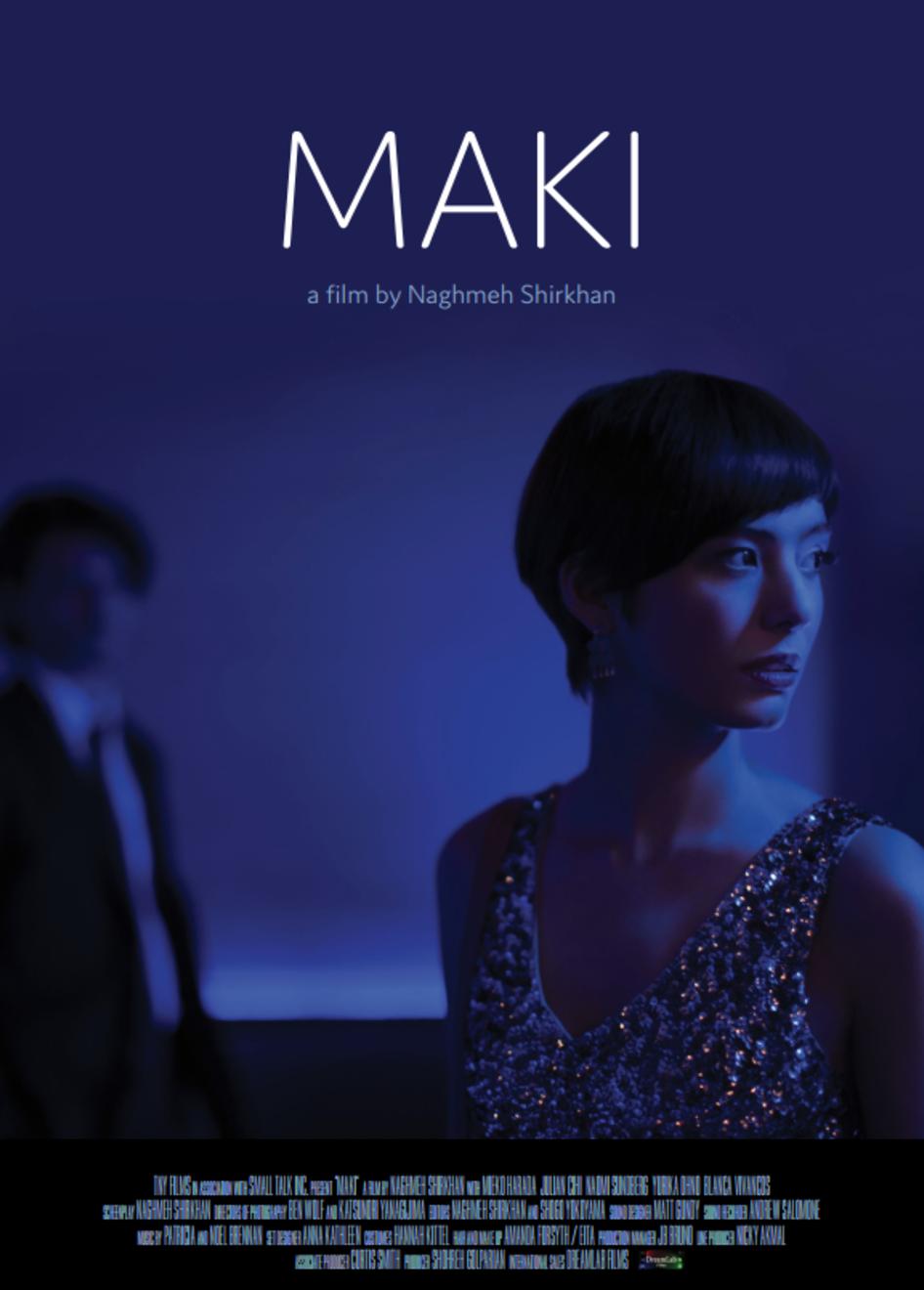 The image of a geisha as a delicate, beautiful hostess catering to the whims of Japanese businessmen in rampant in the international film industry. Memoirs of a Geisha was a film meant to make some revelations about these endangered girls, but ended up romanticizing the system they are trapped in. Even Mulan harnesses the geisha imagery in a way that misrepresents the women and girls. Maki is a new perspective on the geisha, a film making its way around the international awards circuit. It’s the story about a young woman who is living the hyped image of a geisha lifestyle, until the façade breaks and reveals the nightmare situation she that has her truly trapped.

Director Naghmeh Shirkhan offers up Maki as a clarifying agent for the geisha image. She sets us up with the stereotypical lifestyle only to pull back the curtain, revealing the many strings tied to the girls and the people pulling them at every turn. These are young women in dire need of a rescue, and the film slowly reveals that urgency.

This is not a documentary, however. It’s a dramatic look at a particular type of sex trafficking from the point of view of the endangered victim, using plot twists and unreliable POVs, similar to that of films like Sixth Sense and even Gone Girl. Shirkhan’s plot twists are less dramatic than Gillian Flynn’s, however, and work to make the audience more sympathetic for the leading lady. The new information leaves audiences wishing you could clue her into the trafficking trap that she has ensnared herself in.

Shirkhan wrote, directed, and co-produced this film with Shohreh Golparian, who also produced Cut. Together these women create a narrative that allows the audience to discover just how heinous the geisha trafficking industry can be without preaching. Their skillful storytelling works to reveal these details to the audience only a few scenes before the lead character Maki (Naomi Sundberg) finds out for herself.

The audience views this world through Maki’s eyes alone. She is called Eva by her coworkers, and her boss Mika (Meiko Harada). 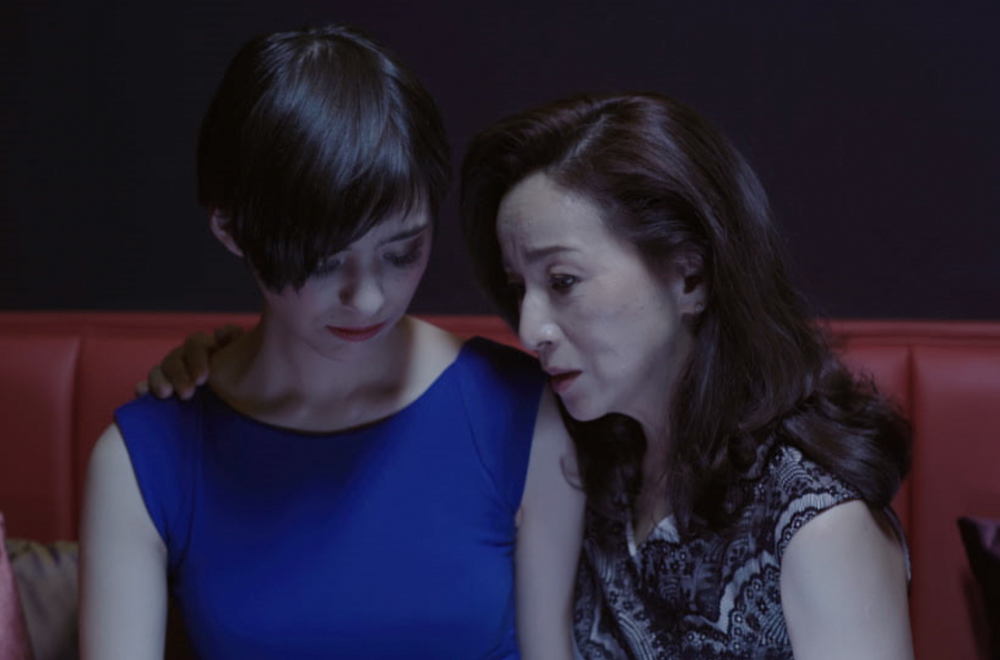 Maki and her friends work in a bar that caters to Japanese businessmen. They are all very pretty, thin, young, and very happy. Maki is in love with the bartender Tommy (Julian Cihi), and they try to hide their relationship from everyone at work. These early scenes set up the first deception. Maki is surrounded by what looks like it could be a Japanese cityscape and everyone speaks Japanese. This is false. We quickly find that she is in New York City. This isolation in a Japanese world on American soil is necessary to keep Maki dependent on Mika, trapped.

Mika and Tommy date in secret, and it seems that they have a real romance. But, Tommy is a part of the trafficking system or supposed to be, but we don’t see this until it is too late. Before Mika, the person controlling the strings on Maki and the other girls springs her trap, the audience get s a glimpse of the entire insidious scheme that is much bigger than Maki, Tommy, and Mika. I was also heartbroken to find out all the players in the scheme to get Maki caught up. After her phone call home, the subtle revelation was hard to take. 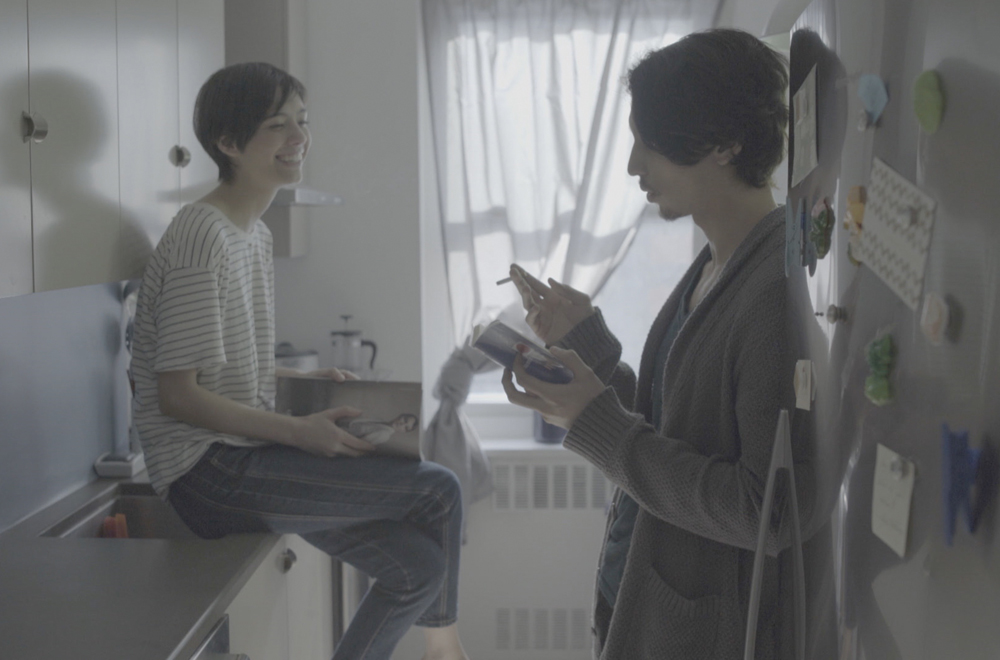 A Woman’s Perspective is Necessary

Those subtle revelations are what make Maki so believable and engrossing. It takes a female director to capture the details that make the geisha industry so insidious, and also the details that make us suspend belief and follow Maki in this fake world. We believe Mika’s motherly mannerisms and faux sympathy because she says and does all the things we think a woman would do/say to girls under her “care” and so far away from home. Mama-san, as the girls call Mika, would never do them harm, right?

Then, there is a scene where Mama-san drops in on Tommy when Maki is at his apartment. Tommy hides his secret lover and tries to get Mika out of the place. Mika’s body language, tone, and looks say quickly tell a different story. That is nobody’s mama and may just be the most dangerous person in the mix.  We also find out how deep Tommy is with the woman, begging the question, is he being trafficked too? So much starts to unravel in this one scene, and without nudity, sex, masochistic stereotyping, and leaning on sex work stereotypes. That’s why we need more films by women who know that you don’t need a naked body and sex scene to make a film on sex trafficking work.

The pacing is slow in the beginning, as we stumbled around this web through Maki’s eyes. Once a particularly explosive bombshell drops and Mika’s power is fully realized, the pacing speeds up. By the end of the film, we are rooting for Maki to grow the hell up, save herself, and the future of her family. 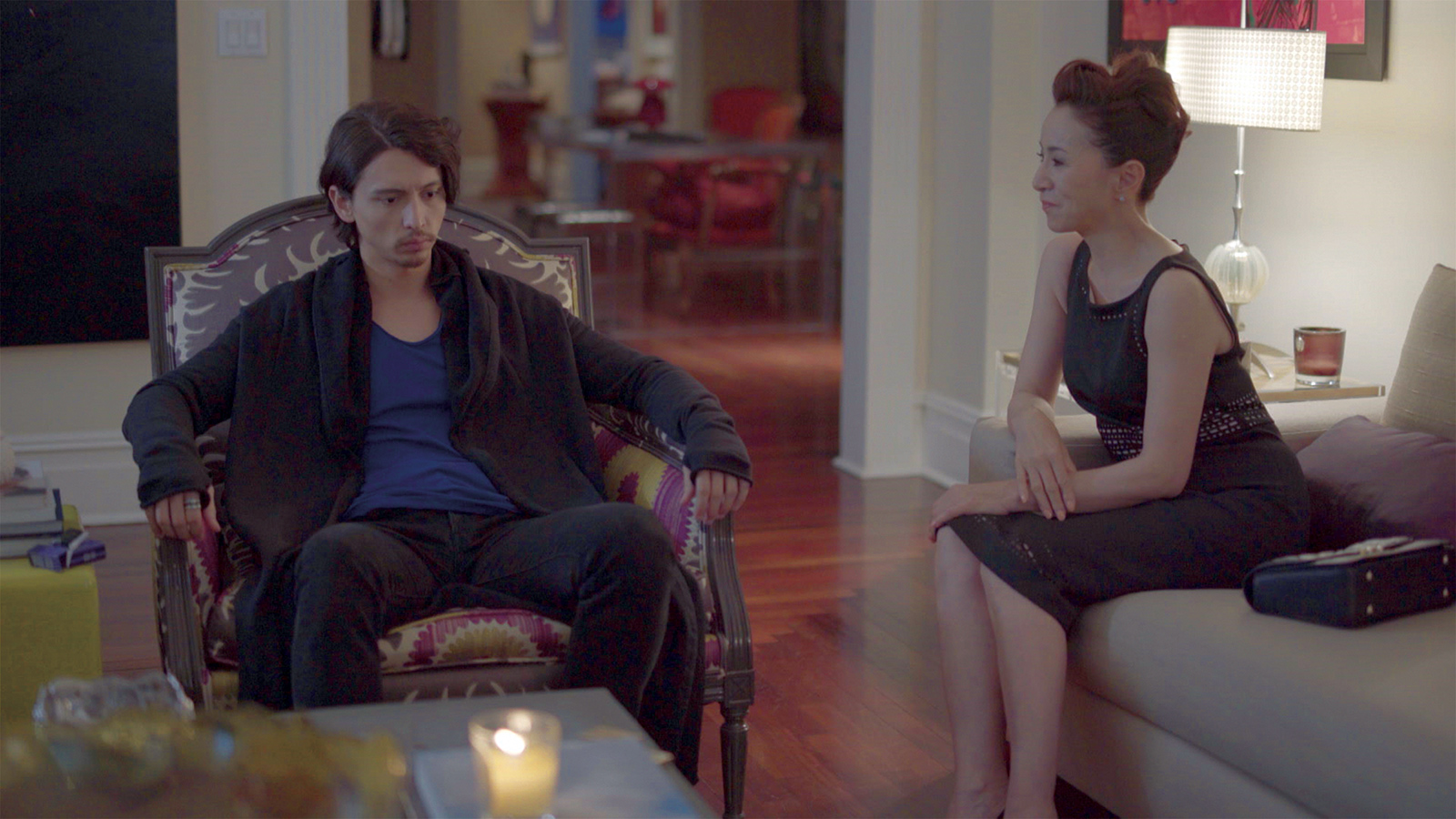 The Powers of Diverse Creators

Maki is a shining example of why diversity in the film industry is needed. The film provides a look at the naivete, vulnerability, and danger that enshrouds the Japanese sex trafficking victims. It gives audiences an intimate view of just how thoroughly the trap is sprung around these girls, who only figure out their situation when it is too late.

The ability to trust Maki’s POV so completely in the beginning only to doubt her every instinct later is something that we are seeing more and more in female-helmed projects. Women creators are able to present a perspective that is more intimate than any male director ever has, making their films a rich exploration of topics the men have badly botched. Shirhkan’s Iranian American background also helps audiences see a side of Maki’s dilemma that a nonimmigrant could never grasp. She helps open the audience up to the world foreign to them that has been built on America soil. Audiences will love the perspective, and the plot twists will keep them thoroughly enthralled.

You can find more information about Maki on the film’s webpage. Check out the trailer here.

Keke Palmer is “All Girl, All Pimp” in this Trailer for New film ‘Pimp’