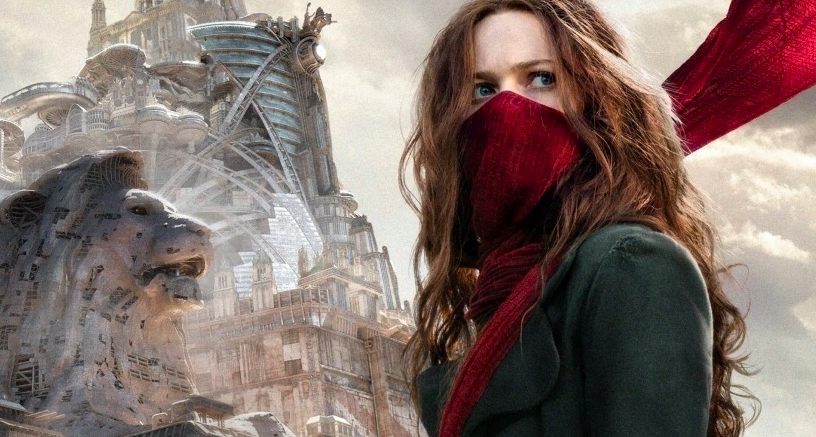 Peter Jackson bought the rights to the Mortal Engines books back in 2009 and announced the film was going into production in 2016.

Based on the futuristic steampunk novel of the same name, Mortal Engines is about a civilization on wheels running out of resources. The civilization comprises of traction cities, which are like parasites to smaller cities. London is a traction city. And although we notably know London for its English tea and posh etiquette — in this story, it is a city that preys on smaller villages converting their resources into fuel. Meanwhile, there are anti-traction cities known as the “Anti-Traction League”. It is an alternative civilization in Asia. There is a shield wall that protects and acts as a barrier between the two nations.

While London is hellbent on devouring everything in its path, its egomaniacal leader Thaddeus Valentine (Hugo Weaving), has some nefarious plans of his own. 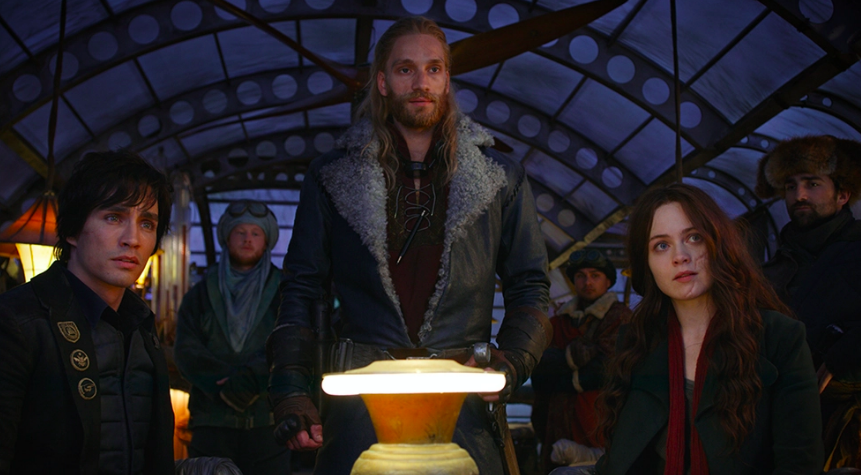 Our lead protagonist Hester Shaw (Hera Hilmar) has a personal vendetta against Thaddeus Valentine and in her attempt to get rid of him by any means necessary, she gets caught in the middle of warfare to stop London from its evil deeds led by Valentine. An outlier named Tom Natsworthy (Robert Sheehan), who’s a bit of a tech junkie, has a run-in with Hester and discovers some information about Valentine’s suspicious past.

And like most YA novels, because Hester is pretty (in spite of her scar) and Tom is handsome, these two inevitably grow an attraction to one another. The predictability score on this one is off the charts.  I also couldn’t help but feel super annoyed when there countless moments of Hester rescuing and risking her life for Tom — a guy she hardly knew. I guess a charming smile and an English accent is all it takes. 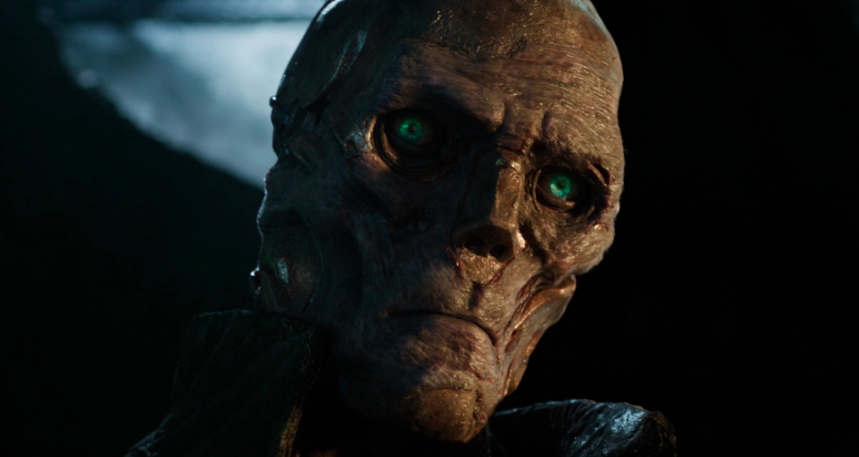 However, the plot lends itself to some intriguing moments including a heartfelt subplot of a character by the name of Shrike (Stephen Lang). While Hester is hunting Valentine, she’s being hunted by Shrike.  The two have a compelling history that leads to a rather unpredictable story arc that gave the film a bit more depth than what I was expecting.

I also loved the badassery leadership of Anna Fang (Jihae), an outlaw with a large bounty on her head.  Jihae made her acting debut in the National Geographic series Mars, and she steals nearly every scene in Mortal Engines. I’m willing to forgive her coiffed hair staying perfectly intact after every fight scene. I suspect Anna Fang has some super high-tech hair product she’s using.

Regé-Jean Page from For The People and Roots plays Captain Khora and is probably using the same product as Anna Fang with his lovely locks. 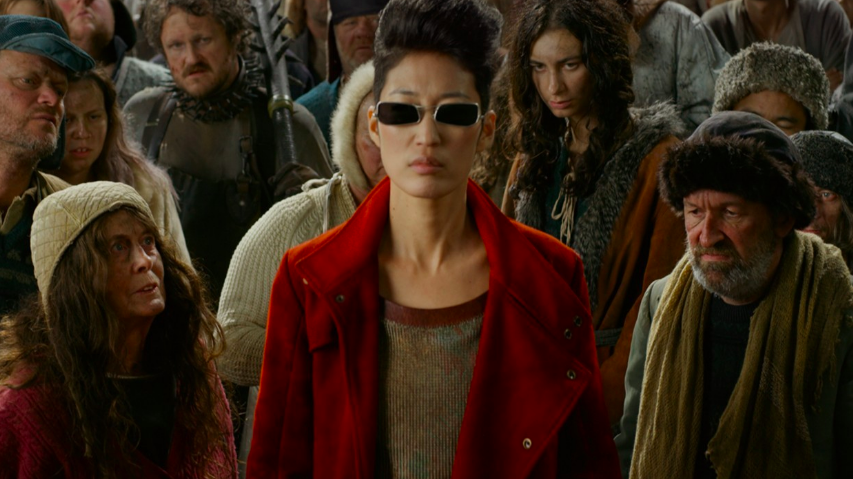 Mortal Engines in spite of its predictable romantic arc and stereotypical power-hungry villain is actually a decent sci-fi action flick. The special effects are quite impressive and the action scenes were quite entertaining. The visual effects were handled by Weta Digital team led by Ken McGaugh, Kevin Smith, Luke Millar, and Dennis Yoo.

The film felt like an attraction at Universal Studios, and all I needed was some steampunk goggles to wear with me on the ride.

Based on the tone of the film with the budding relationship between the two young leads and the touching Shrike story arc that somehow goes from being super terrifying to being a tearjerker — it’s clear this was intended for an adolescent audience. Mortal Engines was also likely looking to its younger audience with its Minions cameo posed as relics of American deities.

We see what you did there Universal Pictures.

That being said, I appreciate the film for what it is and would give it another watch just to see Anna Fang’s combat skills again along with some really cool-looking explosions.