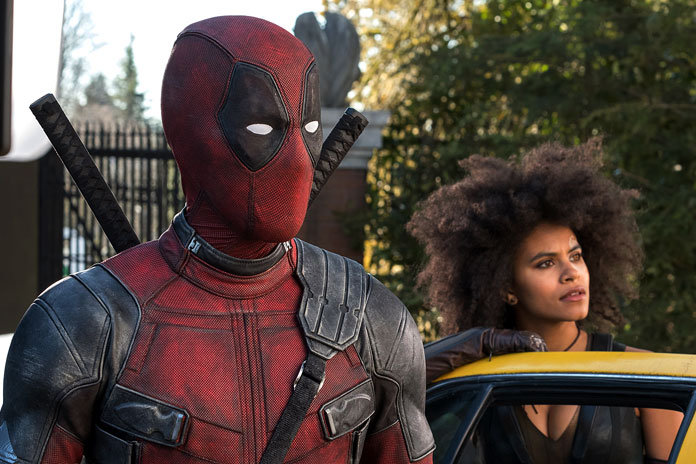 Once Upon A Deadpool definitely has its audience. The $1 million the film made on its Wednesday opening night certainly proves that. Though there’s less blood in this iteration, there’s plenty of fighting and more than enough f-bombs to keep loyal fans satisfied with the brand. The film is basically a re-release of Deadpool 2 for the holidays. The problem is that it’s not exactly a family-friendly holiday movie. This version is for anyone who couldn’t get enough of the raunchiness and absurdity from the previous one released earlier this year.

In this edition, Deadpool appears somewhat more empathetic and a tad bit less violent, but there’s still the jaded sarcasm. He also brings insensitive social commentary and gruesome fight scenes to keep viewers on the edge of their seats. Deadpool is still the anti-hero whose only motivation for attempts at empathy is to reconnect with his dead girlfriend, the love of his life Vanessa (Morena Baccarin). The scenes with Vanessa were the most endearing. They provided relief from the film’s nastier, provocative, and cornier moments. Throughout the film, Deadpool’s aim is to kill himself, but it doesn’t work in his favor. It is through the character of Firefist that Deadpool quite possibly comes to understand that selflessness is not such a bad thing and that family is an f-word too. 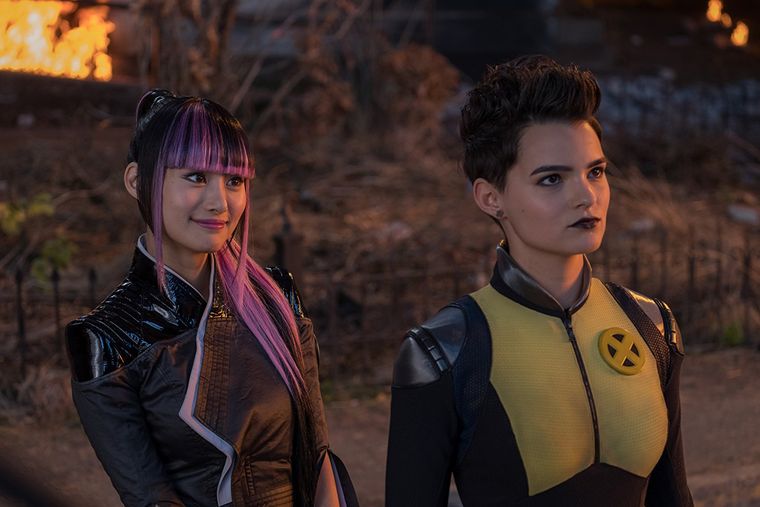 The greatest thing about Once Upon A Deadpool is the cast. The X-Force actors were very unique and diverse. Zazie Beetz as the lucky Domino, Brianna Hildebrand as a Negasonic Teenage Warhead, and Shioli Kutsuna as Yukio were very unorthodox representations of female characters. It was refreshing to see the ethnic diversity. They all unapologetically defy traditional notions of beauty. Domino’s gorgeous afro, Negasonic Teenage Warhead’s cropped cut highlighting her bone structure, and Yukio rocking fun hairstyles made for inclusive depictions of diverse characters. In one of the final scenes of the film, as Deadpool is lying presumably on his death-bed, there’s a shot of the entire cast. The imagery of Beetz’s brown face, Kutsuna’s Japanese features, and Hildebrand’s unique beauty sparked an uplifting sense of female empowerment and togetherness.

The ensemble cast includes many notables such as Terry Crews (Brooklyn Nine-Nine) as Bedlam, Leslie Uggams (Roots, Empire) as Blind Al, and Jack Kesy (Claws) as Black Tom. Brad Pitt even makes a small cameo as Vanisher. The youngest member of the crew, Julian Dennison as Firefist was compelling and engaging. Karan Soni as Dopinder, the cab driver turned getaway driver and friend of Deadpool, provided for fun, subtle comic relief. Josh Brolin as the time-traveling gunslinger Cable is dynamic. 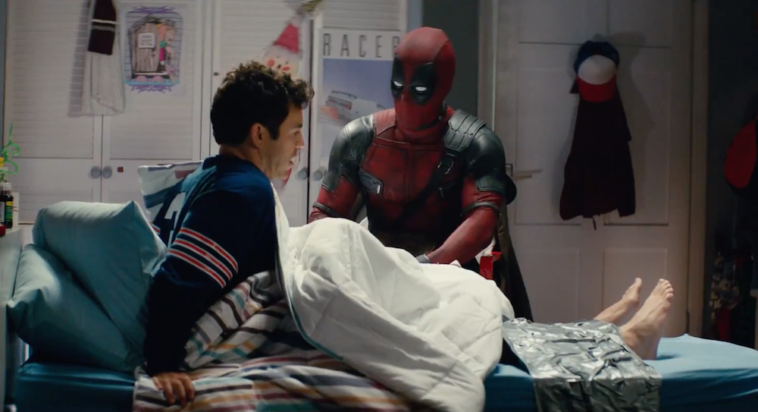 In the film, Reynolds and his crew are depicted through the lens of a Princess Bride–style bedtime story. Deadpool narrates the story to Fred Savage. The imagery of Savage, a grown man tucked into a little boy’s bed, is quite frankly very strange. This is what loyal fans have come to expect from the franchise. Seeing Savage be on the receiving end of such a crude story was a unique juxtaposition. Flashbacks from the Wonder Years were present as Deadpool and Savage shared crude, sarcastic, and sometimes sexually explicit jokes with one another. Apparently, Deadpool has kidnapped Savage and is reading to him from the “King James Edition” of a storybook. While conservative viewers might see the humorous reference to the bible as blasphemous, true Deadpool fans should expect such irreverence. Given the context, it’s questionable whether the references to the Bible throughout the movie hit their comedic mark.

In the film, adults indulge in drugs, alcohol, and revel in jokes related to sex and genitalia. However, there is no nudity in the movie. There’s a scene where the lower half of Deadpool’s body is that of a toddler. He’d previously been torn apart and the lower half of his body is in the process of regenerating itself. While talking with Big Al, he gets a visit from members of the X-Force team as he is sitting in a soiled diaper. As Deadpool is conversing with the X-force team, he slowly opens his legs, and then crosses them in a manner reminiscent of Sharon Stone in Basic Instinct. So, in true Deadpool fashion, there are still many inappropriate pop culture references that fans are sure to enjoy.

Overall, this watered-down version of Deadpool doesn’t exactly knock it out of the park. If you’re going to do Deadpool, stay committed to the original nature of Deadpool. Don’t lure audiences with a PG-13 rating when this film still very much has R-rated undertones. Sure, there’s fewer curse words and not as many sexual innuendos, but this film is definitely still very crude. With that said, it’s the raunchy and inappropriate material that true Deadpool fans can appreciate. This big-budget 20th Century Fox film has somehow earned a “family-friendly” rating that it probably shouldn’t have.

Once Upon A Deadpool is currently in theaters.