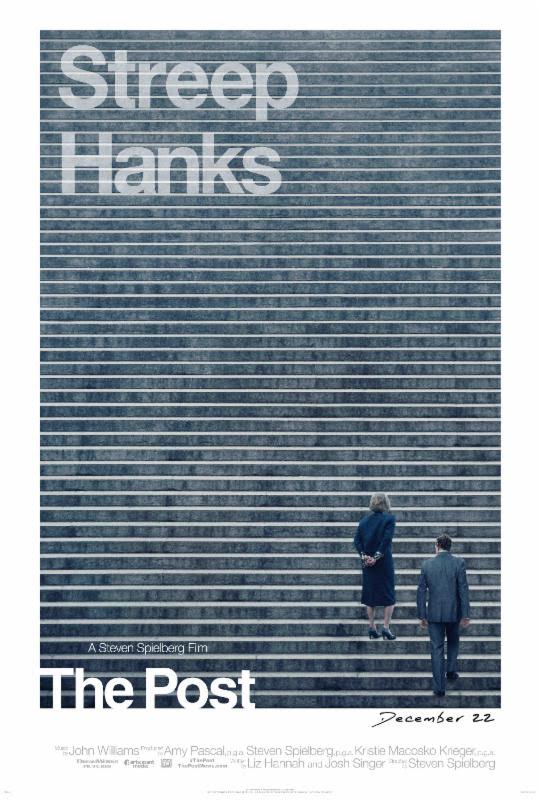 Steven Spielberg is an incredibly polished filmmaker. For the generations raised on Indiana Jones, E.T., and Jurassic Park, his style more or less defines what a Hollywood film looks and feels like: earnest and heartwarming, with clear messages and morals and an ending of the walk-off-into-the-sunset variety. When most other people try it, it’s downright corny, but Spielberg really is brilliant at what he does and manages to make it work more often than not.

The Post is no exception. It’s peak Spielberg and, to top it all off, it’s got an important and incredibly relevant message about the value of the free press. As far as timeliness goes, things could not have gone better if Spielberg planned out 2017 in its entirety as a marketing ploy. But the film presents its weighty message in a neat and polished package, tied up with a bow, and it’s enough to leave a somewhat questionable aftertaste.

Oversimplification of complex moral issues—and it doesn’t take extensive knowledge of the Pentagon Papers to know that simplification takes place here, as any “based on a true story” tale as clean and polished as this one must, because real life is incredibly messy—is one of the most dangerous traps people fall into. It’s one of the means by which so many voices have been marginalized and ignored for so long, even by people with genuinely decent intentions.

This is not to say that The Post is a bad movie. That, too, would be an oversimplification. From a technical perspective, it’s actually a fantastic one. In front of the camera, it’s got two living legends, with Meryl Streep and Tom Hanks at the top of their game playing historical luminaries Washington Post publisher Katherine Graham and executive editor Ben Bradlee. The roster is equally star-studded behind the scenes, featuring Spielberg’s usual crowd of accomplished veterans doing similarly exemplary work, including composer John Williams and cinematographer Janusz Kaminski.

The issue here is that The Post is the sort of movie that people will want to hold up as a beacon of light in the darkness of 2017, a perfectly timed politically charged lesson from the past that can help show the way forward to a better future. But the film is neither an instruction manual nor a documentary—it is a fairytale. It is, in a sense, a sort of (white) liberal counterpart to the nifty 50s picket-fence nuclear family utopia-that-never-really-was fetishized by the “Make America Great Again” mentality.

There is a scene in The Post in which a young woman of color working in an entry-level government position expresses her admiration for Katherine Graham. It is also the most prominent exchange featuring a person of color in the entire film. It comes across as a quite-possibly entirely conscious attempt to include a woman of color in a speaking role when the central cast of characters laid out by the historical record excluded them, but the sociopolitical undertones of this being the sole exchange of its nature in the film are decidedly more uncomfortable. While this is the sort of criticism some might perceive as too “nit-picky,” the context of a film with such intentional political undertones actually makes it especially relevant.

The Post frequently returns to the injustice of the sexism inherent in how Katherine’s father handed over the Washington Post to her husband instead of her, but fails to address how ultimately privileged Katherine is nonetheless, and how so much of what separates her from the crowd of women hovering outside a board meeting room boils down to her circumstances. She is the only woman who gets to take a seat inside that gilded boys’ club, and that does indeed take courage on her part. And, yes, she is shown dedicating considerable time and effort into the running of the paper, but ultimately what allows her to be in her position aren’t qualifications she has earned, but because of the family into which she happened to be born. It’s this kind of tricky but important subtext that The Post repeatedly glosses over instead of facing head on.

In sum, The Post is an incredibly well-made film with an important and timely message that embraces the dangerous combination of nostalgia and political commentary just a little too closely for comfort.

Ciara Wardlow is a college student who spends most of her time writing about movies online. Her bylines include Film School Rejects and Heat Vision. She sometimes tries to be funny on Twitter @ciara_wardlow

The Problem with the Biopic