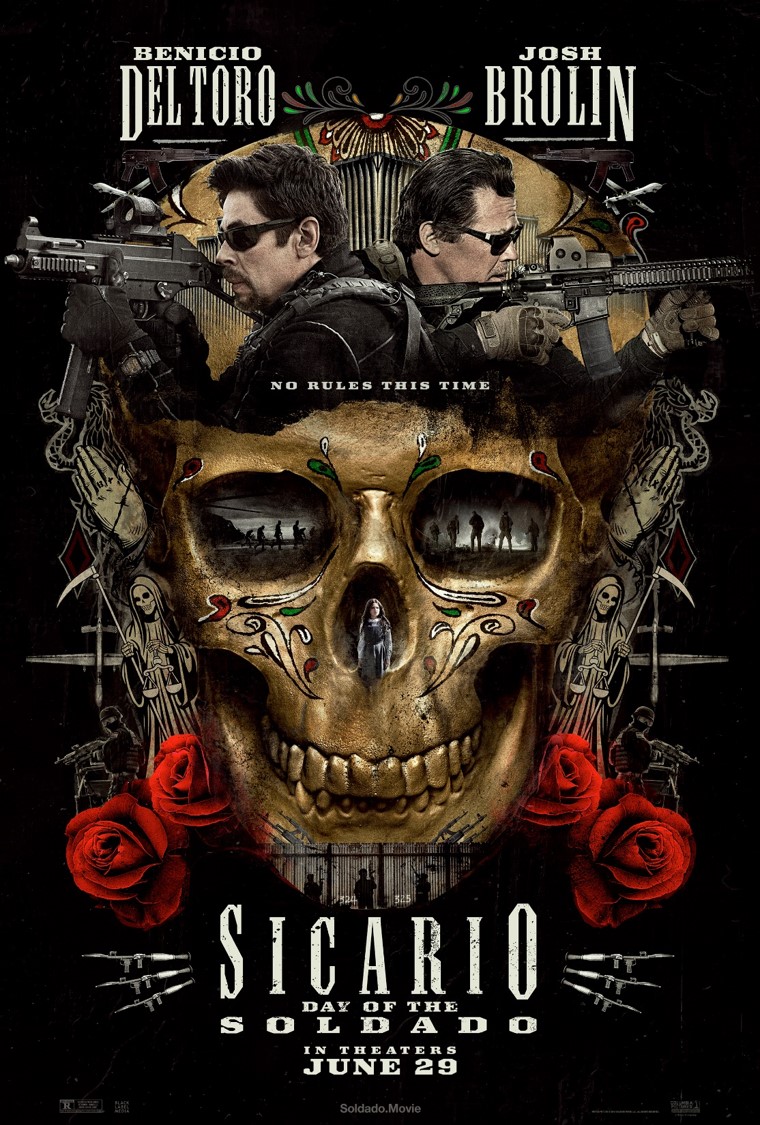 On June 29, 2018, Columbia Pictures released Sicario: Day of the Soldado starring Benicio del Toro and Josh Brolin.  For many of us, high school Spanish is not sufficient to translate this title or understand large portions of the captioned dialogue, although some of our urban slang may have appropriated a relevant translation for the title.  Fortunately, a quick internet search reveals that Sicario means “hitman,” while Soldado means “soldier.” So, we have Hitman: Day of the Soldier; but for this film, the real question is who exactly is the soldier? 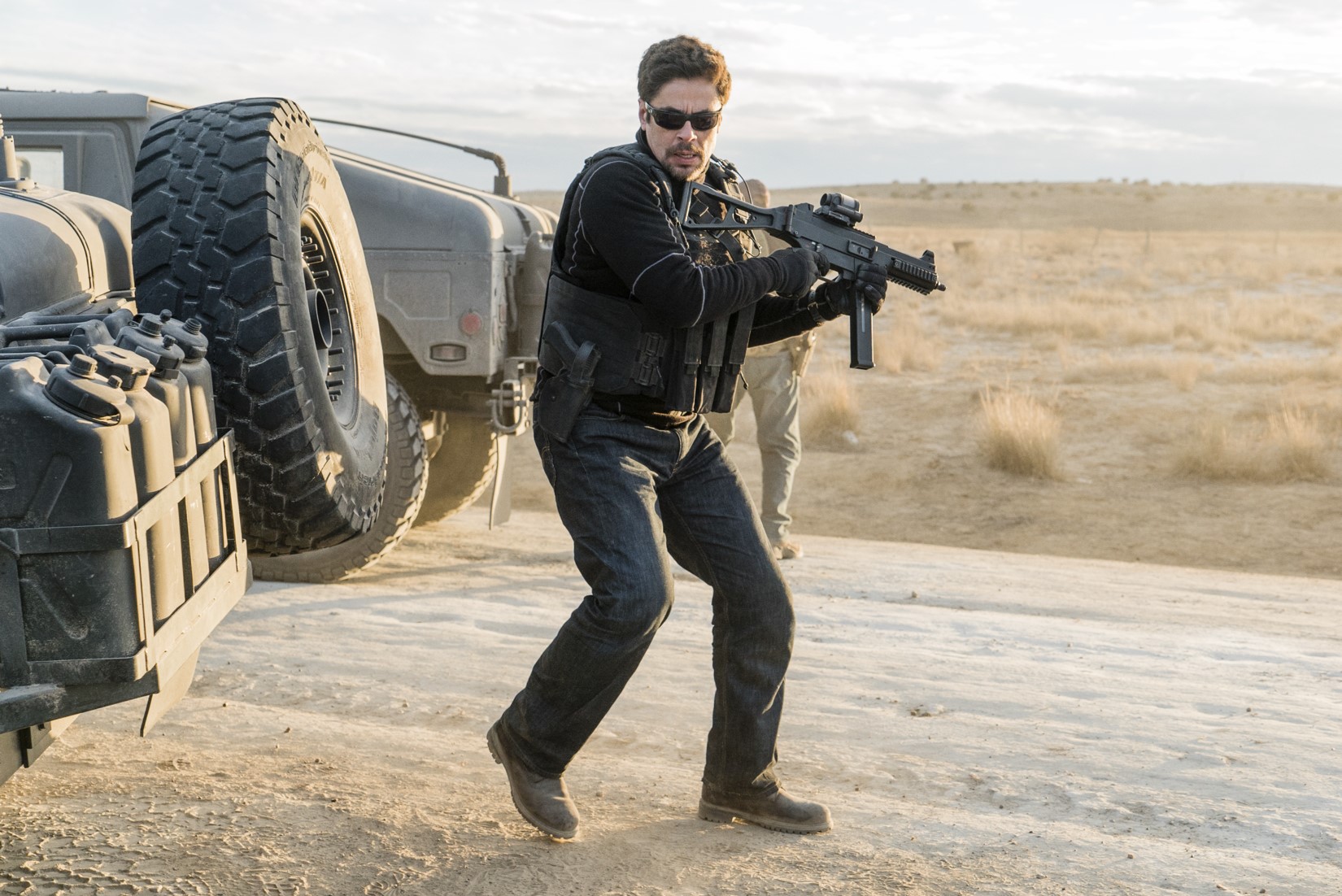 The first installment included Emily Blunt as an agent from the Federal Bureau of Investigation who was used by Brolin and del Toro to facilitate stirring the pot among the Mexican drug cartels.  She and her partner served as the sort of ethical public servants we are used to seeing on network law shows. In Sicario, the focus was more on chaos and the lawlessness the cartels imposed on the Mexican people and how that lawlessness infects seemingly good people like former Mexican prosecutor Alejandro Gillick played by del Toro. In del Toro’s case, his wife is beheaded and his daughter dropped in acid by the cartel to send him a message.

In this film, del Toro traipses on both sides of the border with the kidnapped tween daughter of the man who killed his wife and daughter. The girl is running from both the cartel and the American government when she sees too much during the botched attempt to return her to her father’s people. This part of the movie has a Man on Fire feel but the relationship between del Toro and Isabel (played by Isabel Moner), is not as well developed.  However, the end has a sort of passing of the mantle as del Toro may have found a Trojan horse to further his crusade.

Normally in revenge movies, the tortured hero is redeemed in the end by killing those who have wronged him.  In Sicario, it is clear that Blunt and her partner are the closest to good. In this one, there is a lot of focus on Josh Brolin’s character, Matt Graver and CIA Director Cynthia Foards played by Catherine Keener, is the one calling the shots. With Brolin, you would think after two major movies this year, we would all be Brolin’d out, but no, he is back. 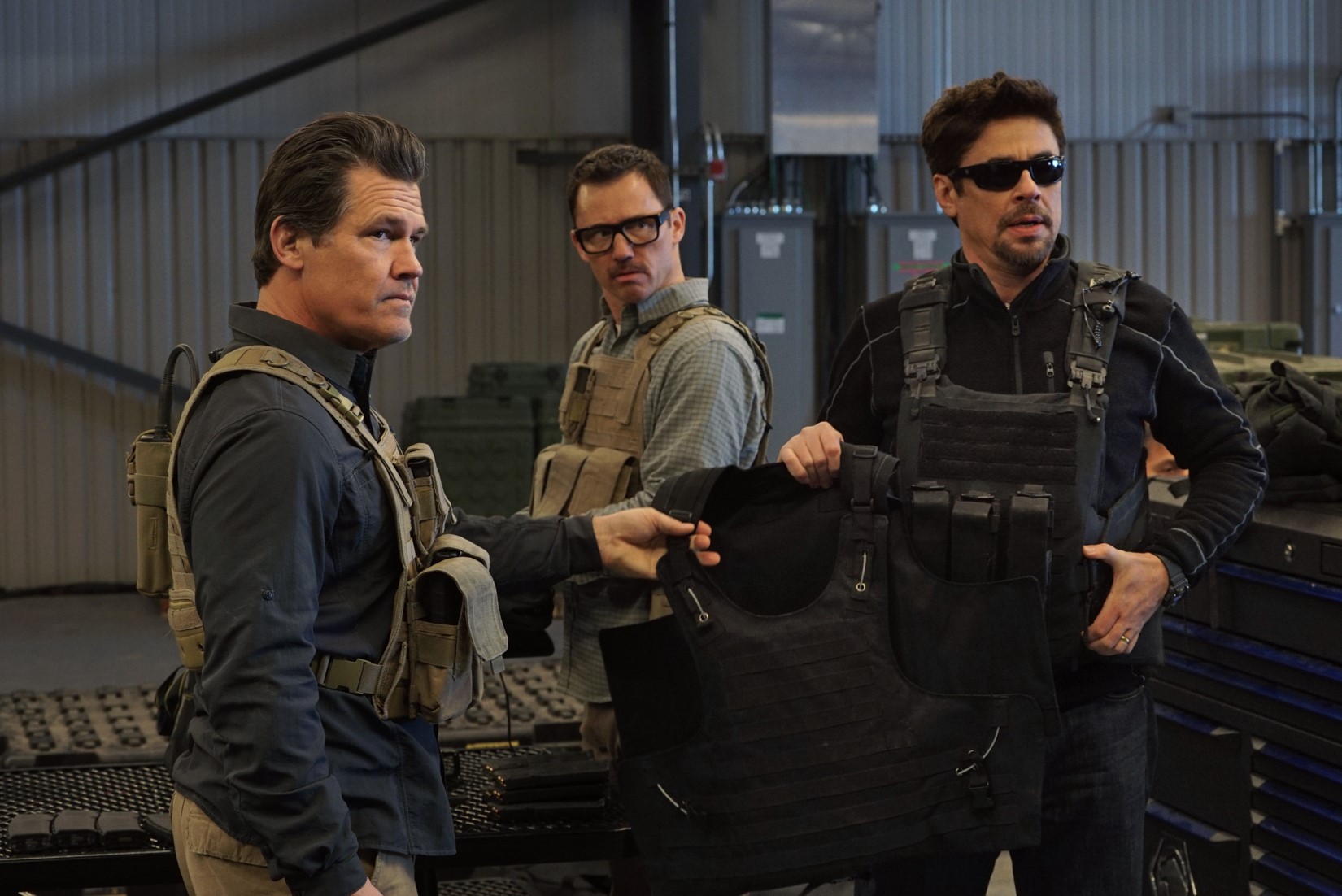 His character struggles with whether the campaign that he and the Central Intelligence Agency have been waging, to keep the cartels off balance to control the violence, is really the way. I’m not sure the question is ever answered, fortunately, this is one of the underlying non-preachy messages permeating the whole movie.

There are a few statements made by the characters that provide commentary on how the perception of the border instead of the reality seems to control the decision-making at the highest level of government.  Another element tactfully touches on the idea that the effect of strengthening the border has in the past resulted in better business for those whose business interests involve the illicit transport of materials and people.  Unlike a lot of films that have come out recently, this one artfully weaves several stories into one.

Writer Taylor Sheridan returns once again accomplishes this without the seemingly forced plot twist prevalent in many films today to make the disparate stories gel together. Similar to the first movie, the intelligent storytelling moves this film along nicely, so here is the rub.  All the great acting and plot twists and turns are capped off by a hallmark of 2018 – the extremely unsatisfying ending.

I think we all get the desire of the studios to create these lasting franchises or at least eke out a decent box office through the now seemingly required trilogy. However Mr(s). Studio Executive here’s the thing, most of us would prefer that after such a really good movie not to diminish its franchise with such a mediocre follow-up, or at least wait 14 years and make a sequel that doesn’t make me wish I had waited for this to come out on network television.

This is one of those films with a strong cast, 115 minutes or so of intelligent writing, just enough gunplay, a lot of captions and whose last 7 minutes is cluttered with the results of good intentions or more likely the foundation of a future good movie.  If you’re heading out to the movies in the next few weeks, this is not the movie you are looking to spend your money or time. However, it may be worth streaming before you go see Sicario 3 – Soldado Contraataca (Soldier Strikes Back). Just kidding, I made the title up, but should a studio want to use it – all rights reserved!!!