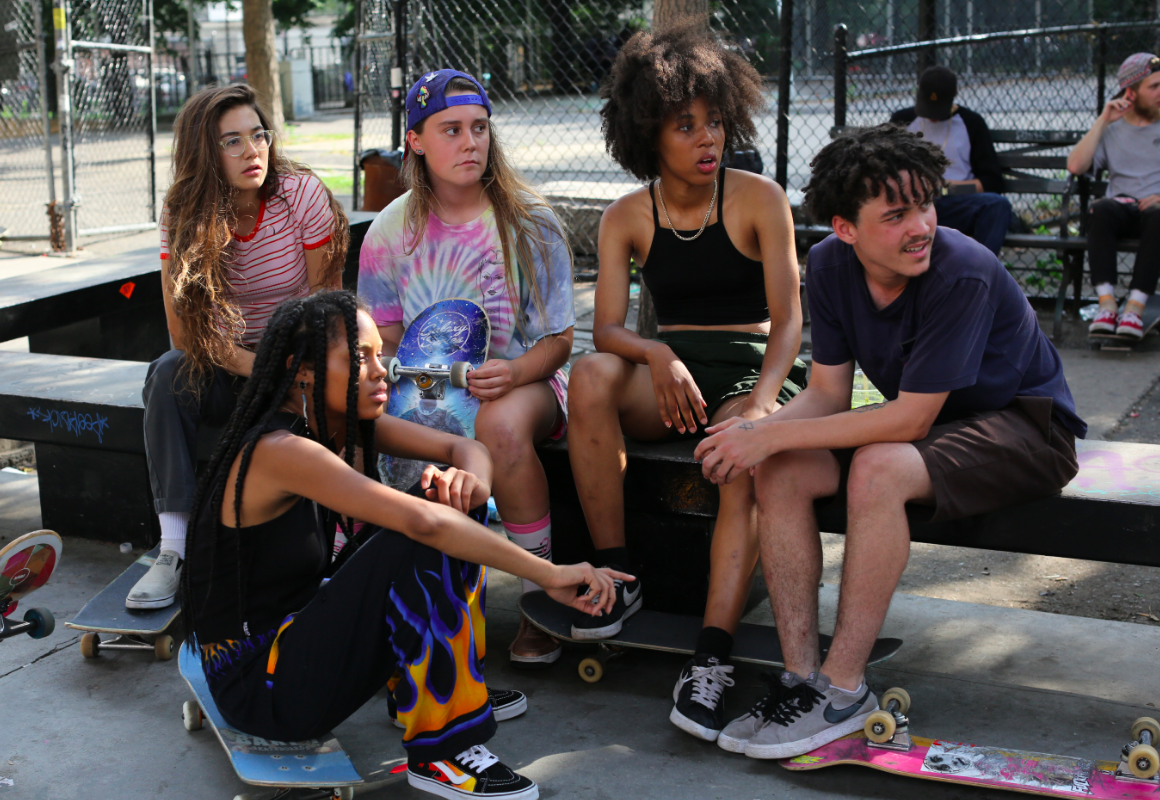 From Magnolia Pictures, Bow + Arrow Entertainment, and RT Features is the new film Skate Kitchen from filmmaker Crystal Moselle (The Wolfpack). The narrative feature is about an introverted 18-year-old who loves to skateboard named Camille (Rachelle Vinberg) who lives in Long Island with her mother Renata (Elizabeth Rodriguez). 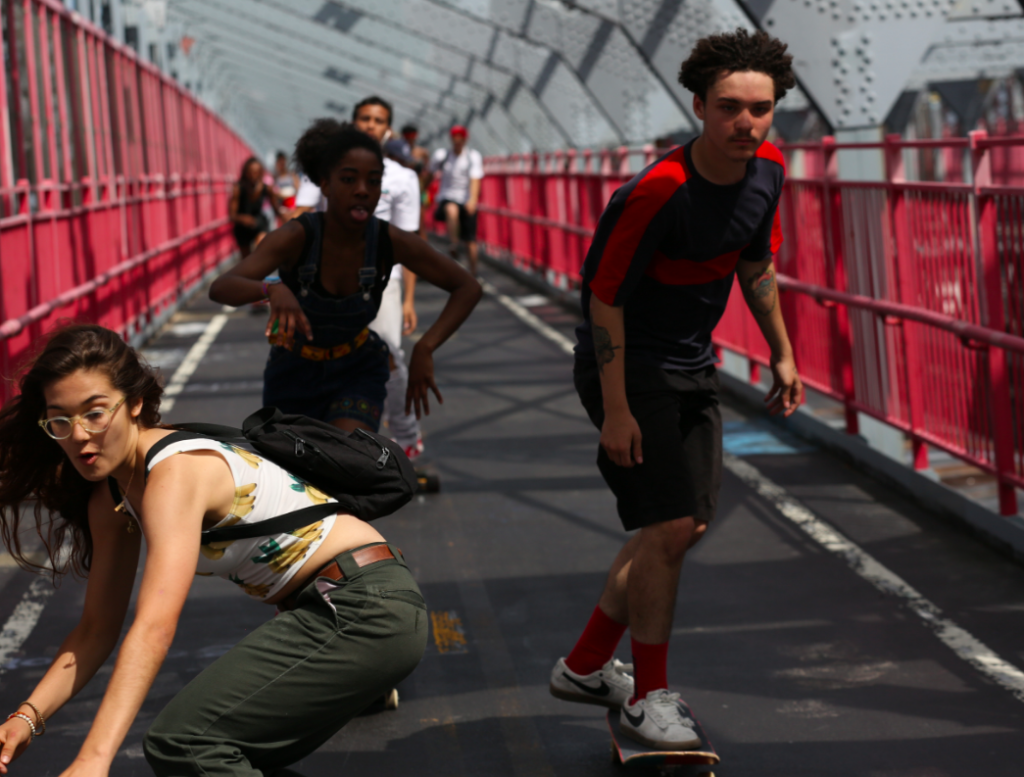 Camille has a bit of a tempestuous relationship with her mother who she chose to live with after her parents split. When Camille injures herself from skating, and her mother forbids her to stop, Camille disconnects from her mom and meets and befriends an-all girl skateboarding crew she saw on Instagram who refers to themselves as Skate Kitchen.

The girls of Skate Kitchen are based in New York City, and Camille finds herself spending more time in the city than at her suburban home in Long Island.

Skate Kitchen is a bit of a coming-of-age story that explores the life of a girl trying to find her sense of identity.  She seeks it first within her new circle of friends—the girls of Skate Kitchen—however, things take a dramatic turn when Camille meets and falls for an enigmatic skateboarder by the name of Devon (Jaden Smith).

Her relationship with Devon tests her loyalty to her friends as well as a deep look into her psyche of trying to figure out what exactly is she searching for? 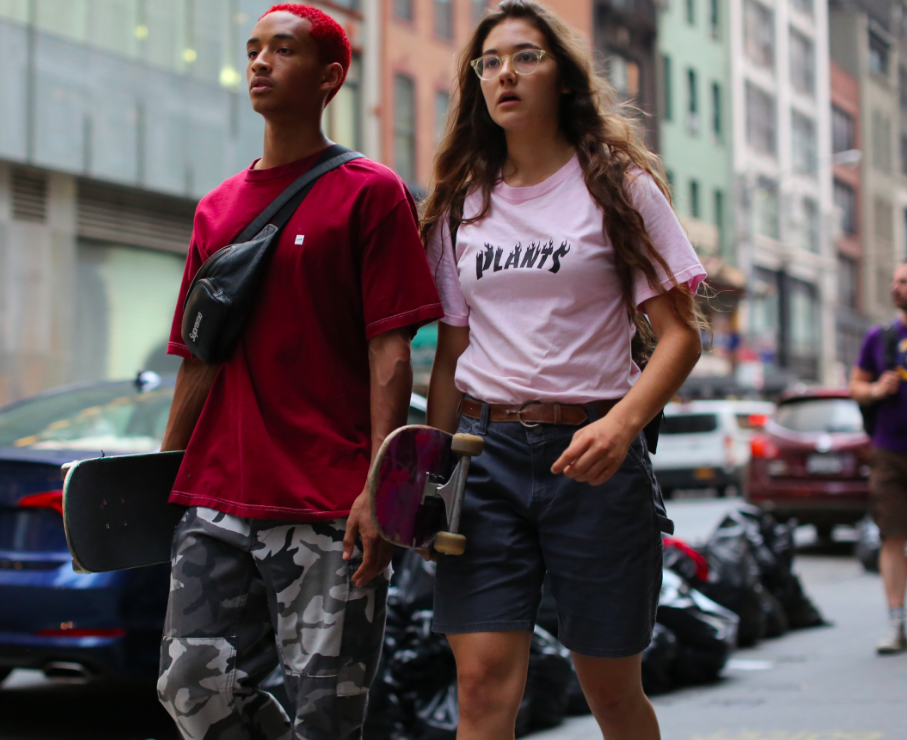 How The Movie Skids

While Skate Kitchen proves to potentially be a compelling story centered around a unique subculture of skater girls, I wish it had a more impactful ending—and doesn’t dive deep into why Camille is so drawn to skateboard culture.

Camille has a falling out with her mother and leaves their home, and there is a moment of exposition between Camille and her close friend Janay (Dede Lovelace) whom she temporarily lives with.  In the backstory, we find out that Camille’s parents separated and she initially lived with her father.

Her father raised her like a boy, and that is how she grew into her affinity for “boy sports” like skateboarding. However, when she hit puberty and started to notice changes in her body, she felt embarrassed.

Camille couldn’t quite get her father to understand her, and she thought it would be more appropriate to have a matriarch role model in her life and stayed with her mother. And it’s clear that Camille has some abandonment issues with her parents as well as this incessant need for connection, but there’s not much more we get from her story than that. 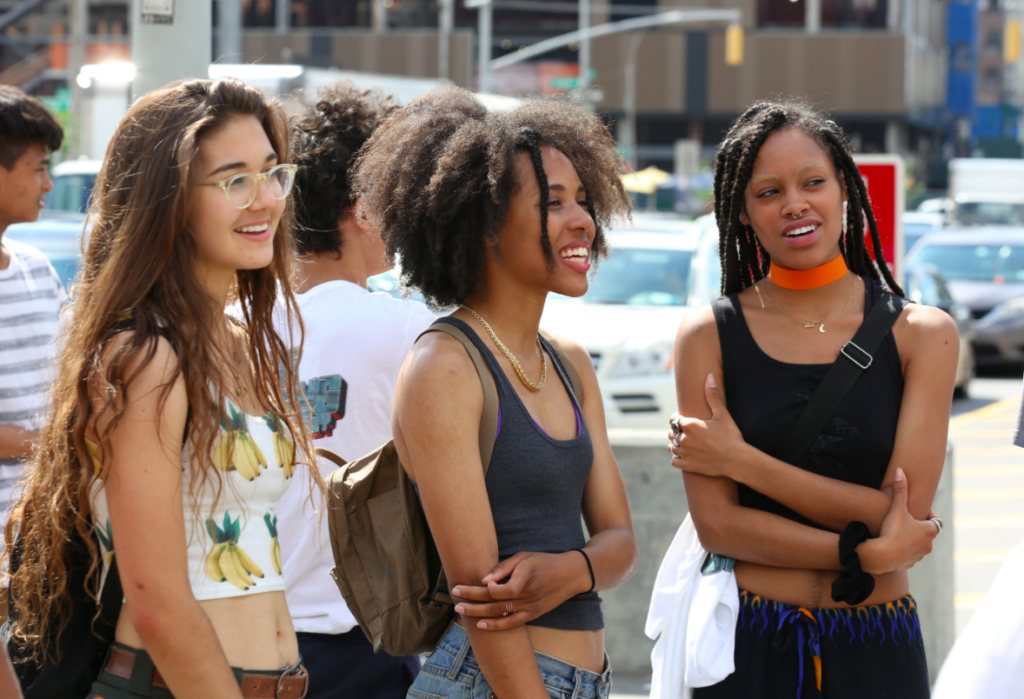 Rachelle Vinberg who plays Camille does an incredible job in this film. Her performance was stellar, and you can’t keep your eyes off her from one scene to the next. As the lead protagonist of the story, she is the glue that holds the pieces together, and she executes every action exquisitely.

She also plays well against Jaden Smith, who plays Devon. It dawned on me that Jaden Smith is no longer that little boy that we know from early days of films like Pursuit of Happyness and The Karate Kid. He’s a 20-year-old man now, and I must say, it was jarring for me to see him gettin it on under the sheets.

His performance nonetheless was pretty cool. There wasn’t anything incredibly unique about it, because he essentially played himself as this mysterious guy with bright red-colored hair who was a skater. Smith has been a skater himself for several years now, so this role wasn’t much of a stretch for him.

Skate Kitchen is director Crystal Moselle’s first narrative feature; she is best known for her documentary The Wolfpack. Crystal has a knack for working with real-life subjects and most of the cast are real-life skaters she met in New York. She bonded with skater Rachelle Vinberg to help make the film as authentic as possible which led to her casting Rachelle as the film’s lead. 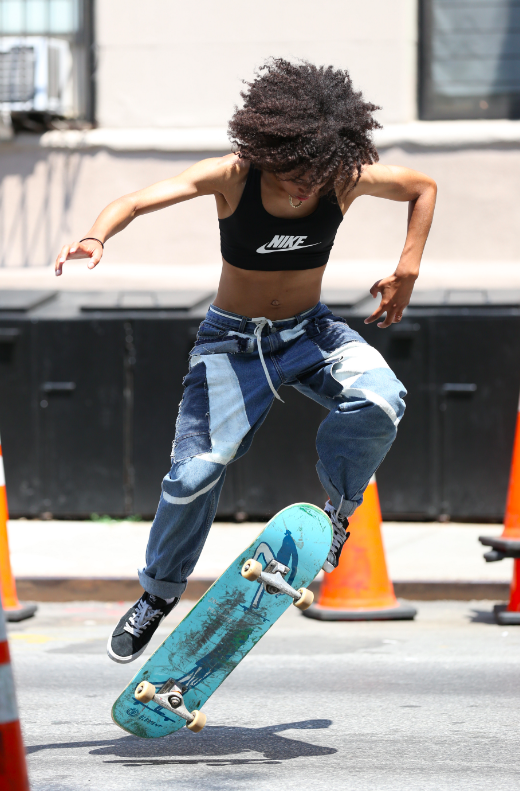 The real and organic nature of these characters is palpable and casting real skaters help to give this movie that genuine and honest ambiance. I also personally loved seeing Black girl skaters featured prominently in this film.  With so many movies out there about the skateboard subculture, it is always predominantly white and male.  This isn’t the case with Skate Kitchen, and it opens up audiences to see that there are many Black women and women of color who are die-hard skaters.

BGN Film Review: ‘Under The Tree’

BGN Interview: Kate Novack, Director of ‘The Gospel According to André’