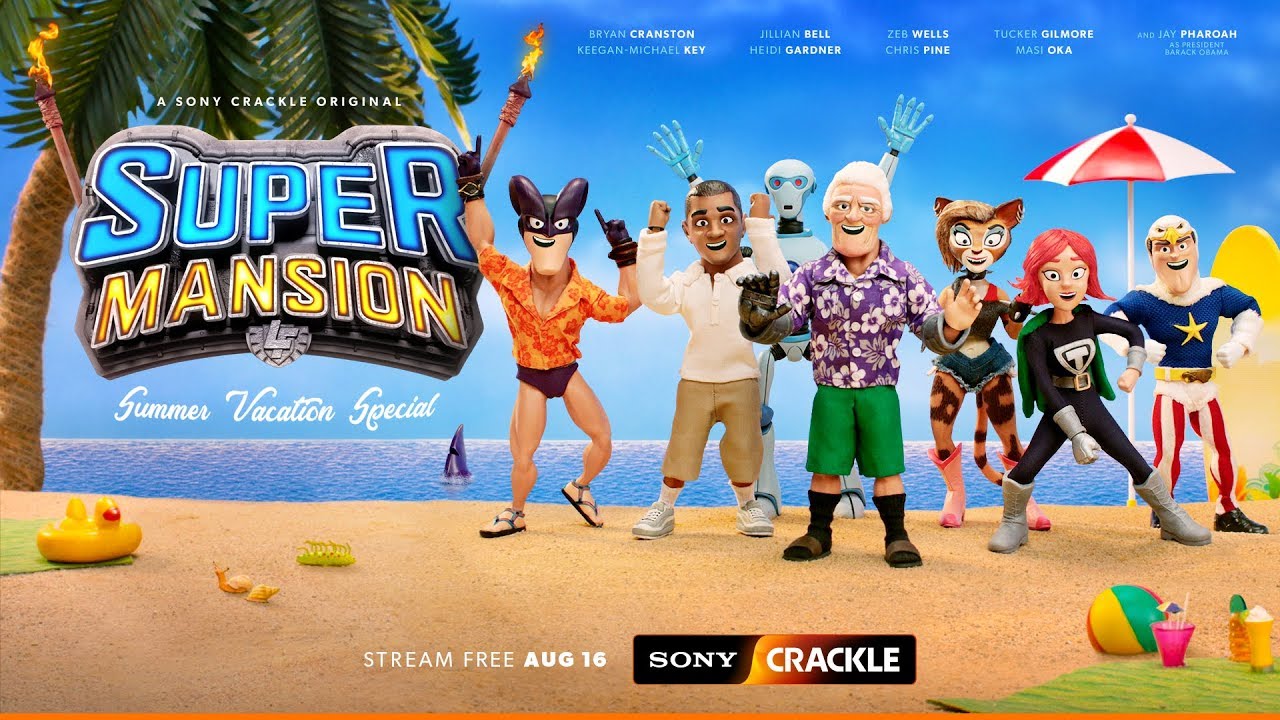 For those suffering from a case of the summertime blues here comes Super Mansion: Summer Vacation Special to the rescue. This television sitcom is a parody of the superhero genre, where heroes attempt to keep their relevance in an ever-changing society. This does beg the question, are comedies the new direction for heroes after their time as superheroes is up?

The show has proven to be a non-stop riot of laughter that will keep you entertained till the end. This narrative is not new, in fact, it has been shown to us in the most recent films The Incredibles and the Incredibles II, but unlike those, this particular show might not be suited for the whole family. Super Mansion creates a satirical plot for each character’s ridiculous hijinks in a perfectly executed manner.

Super Mansion is directed by Emmy award winner Alex Kamer, known for his work on Robot Chicken. The animated comedy illustrations an impressive array of rock star voice actors which includes award-winning actor Bryan Cranston as Titanium Rex, the comical Keegan-Michael Key as American Ranger, the brilliant Heidi Gardner as Cooch, the talented Tucker Gilmore as Black Saturn, and the impressive Jillian Bell as Titanium Lex, Marvel Comics writer Zeb Wells as Robobot, and the fan favorite Chris Pine as The Mermanaught. There is even a guest appearance of ex-president Barack Obama (aka Barry) who is played by Jay Pharoah in this special episode. 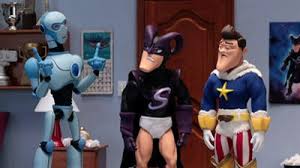 This comedic program divides up the characters into several subplots to produce a humorous unity for the audience. Super Mansion is a comedic treasure that skillfully blends the best of both Marvel Comics and DC Comics to produce a slapstick program that is not afraid to push the envelope. This comedy’s witticisms dives onto topics like homosexuality, old age, American patriotism and imperialism, and jokes on our ex-president.

Titanium Rex, a funhouse mirror rehashing of Superman, is a retired superhero who is presented as a curmudgeon cheapskate who refuses to spend a dime unless absolutely necessary. He is joined by ex-president Obama on their Hawaii vacation. Their relationship quickly blossoms into a fun exploitation of stereotypical jokes of Barry. Barry pokes fun at himself with the jokes that range from being a binge drinker to being a Kenya native. His wife Michelle is never too far away from him and makes guest appearances.

The show is relentless in its pursuit of cultural relevance by poking fun at other well-known superheroes. Mermanaught, a distorted Aquaman double, has the ability to communicate with water species by means of an amulet known as The Crown of the Reef. Mermanaught, however, bestowed this amulet to Black Saturn in a flashback. Black Saturn is a reckless version of Batman and has received an oddly obscured origins story of drowning as a kid and being saved by Mermanaught. This is the catalyst that ensnares the whole superhero gang into a deeply convoluted story plot that involves fish out of water and jet skis that somehow save the team.

The fun trio of superheroes includes Cooch, Black Saturn, and Titanium Lex, who all go on one adventure together. This group experiences a lapse in judgment when they decide to help Cooch with her fear of water. They are all kidnapped and must find a way to defeat the enemy at hand. Titanium Lex, portraying a spoof of Super Girl, has moments of sheer gold through the show. Cooch, a burlesque take on Catwoman, is deathly afraid of water. All these characters find themselves in a situation that is out of their control, and despite having superpowers, are helpless to get free on their own. 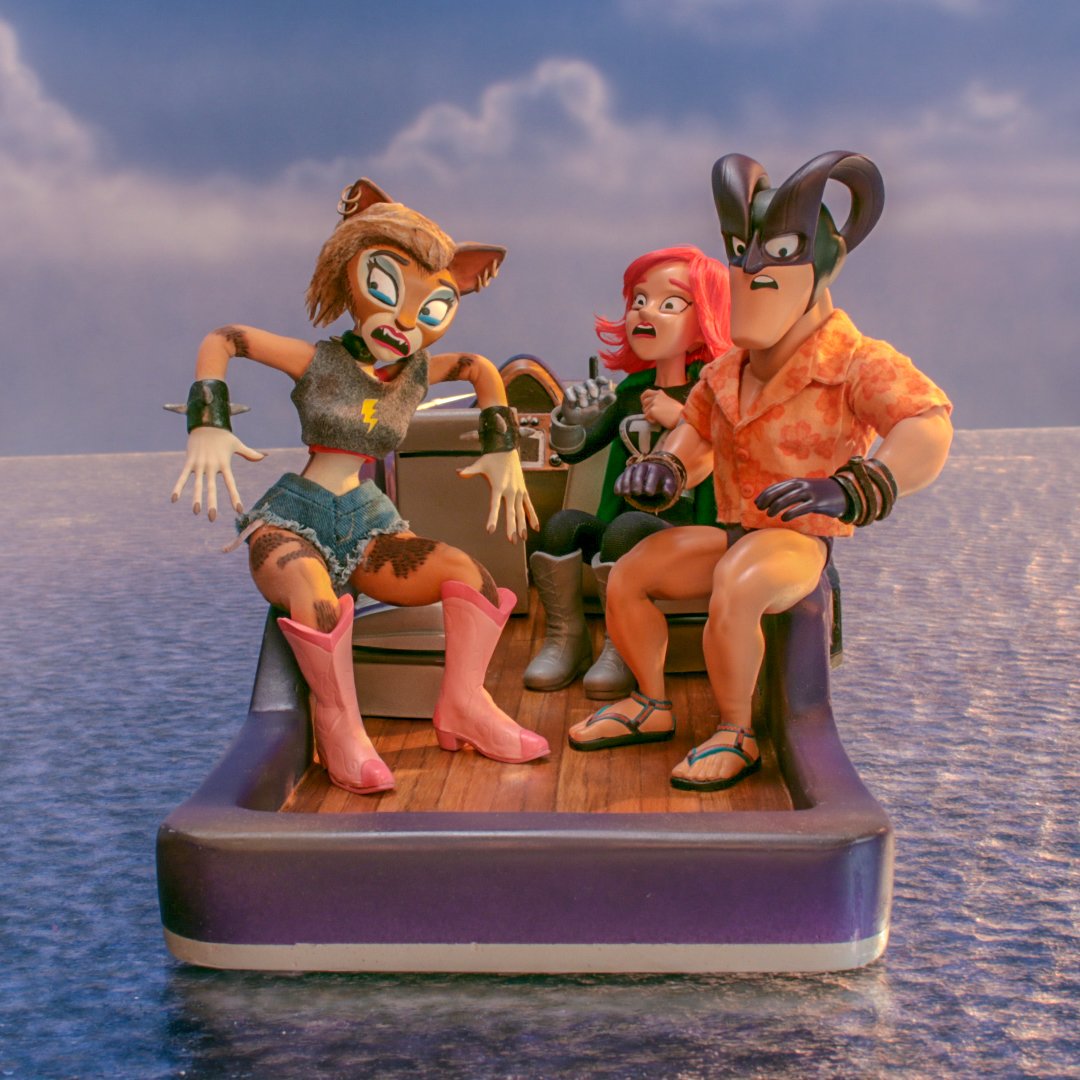 Robobot and American Ranger escapades are equally as absurd as the rest of the teams. Robobot, who is treated as property, is persuaded to attend a timeshare presentation where the salesperson is serious about selling as much property as possible. The timeshare salesman gives off a fearful horror vibe which harks back to funny horror films like Scary Movie. American Ranger is an oblivious hyper-masculine character who closely resembles Captain America. American Ranger is to perform in front of the soldiers. He is to give an account of his experience with Hitler but instead selects to perform a dance recital. The final outcomes of both of these two characters lead to a unity between all the characters. The work ties itself together in the end.

The show has obvious merits with its caricature of superheroes, irrational behavior, and its observational humor. In fact, the Super Mansion series has continued to pave the way for good comedies and has survived for three seasons. This special episode is no different and promises to deliver a delightfully devastating act at the expenses of the heroes it portrays.

Watching a witty work that attempts to gain relevance in today’s culture demonstrates to its viewers that this is a tool that works. This comedy proves it.