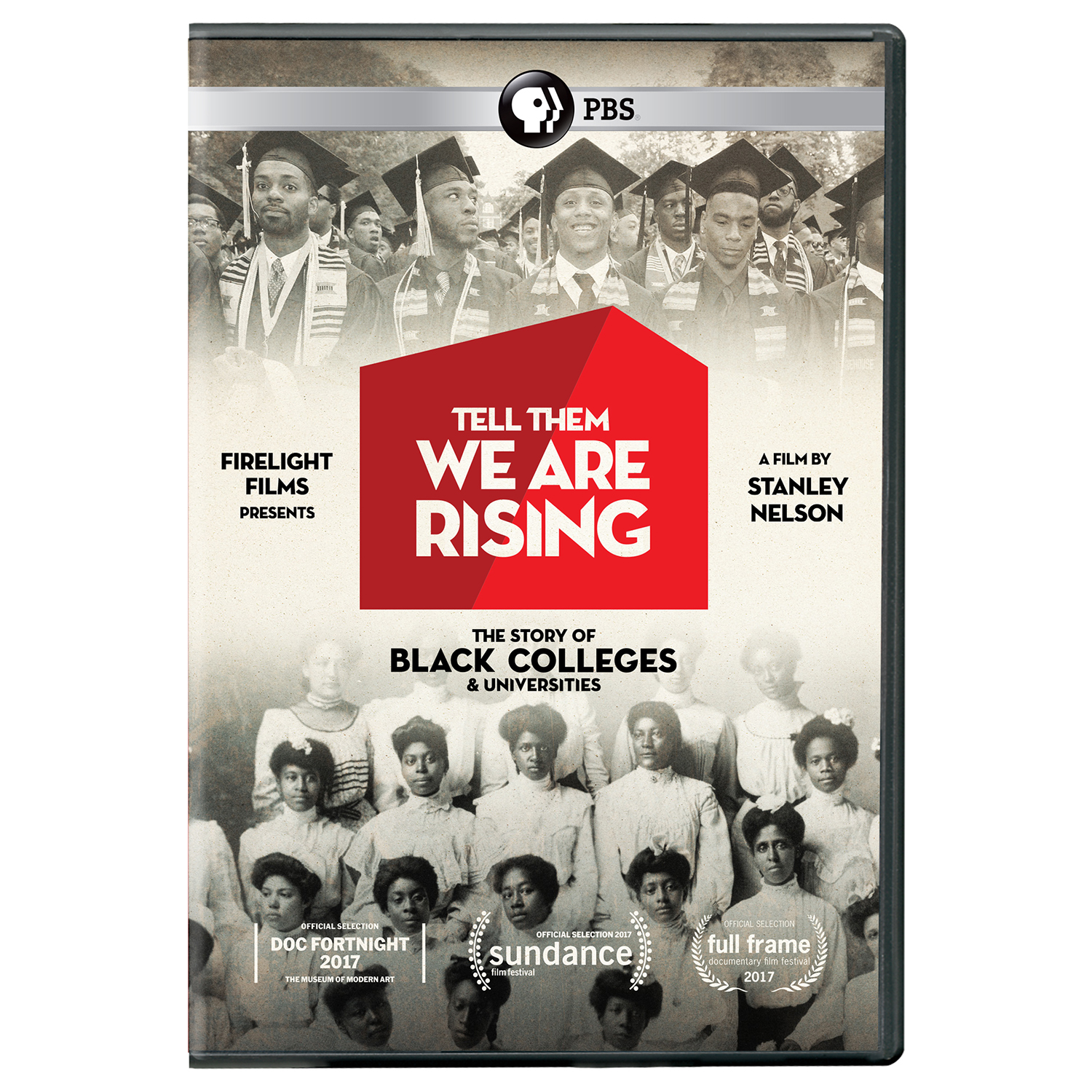 Director Stanley Nelson opens this much-anticipated PBS documentary, Tell Them We Are Rising, where all things Black in America often originate—slavery. In doing so, the film proves to be much more than the advertised history of the historically Black college and university system. Nelson unpacks the importance and liberation that comes from educating Blackness through narrated quotes from long-dead slaves, haunting photos of tortured and dead-eyed ancestors, wanted posters, and even newsprint propaganda. This use of media accompanies the tale narrated by various experts and witnesses, of how white America tried to keep Blacks silent and shackled.

Scholarly experts help weave the narrative in with the media to form a picture of illiteracy among slaves, and how desperate they were for reading and writing skills. Booker T. Washington is quoted about his introduction to education, which occurred when he took his master’s children to school. He was never allowed to cross the threshold, but felt that something very important was happening in that schoolhouse—education became the magical-seeming road to freedom for Washington and other slaves, so much so that many risked their lives for the ability to read and write.

By making the beginning of the film about the quest for education, Nelson re-centers Historically Black Colleges and Universities (HBCUs) as the vehicles through which that education was acquired and tailored for Black people. This forgoes the usual “history of ‘X’ University” film format describing buildings, famous founders, and bands. Instead, Tell Them We Are Rising is a look at how the quest for education led to the need for autonomy of what Black students learned. Those students were a people who had been enslaved by whiteness for more than two centuries, and didn’t need to spend another minute being enslaved by propaganda or false knowledge. HBCUs allowed Black teachers to teach Black students in their own way as well.

This message, along with the themes of building leadership and educating a people for liberation work, sustains the first two-thirds of the film. Nelson explores how the HBCU spirit empowered students to protest, supplying the tactics of the Civil Rights movement. He pulls the audience through the turmoil of sit-ins, segregation, and protests for education equality that went on through the 1970s, exploring how the student voices at Howard, Spellman, Morris Brown, Florida A&M University, and others, became pivotal in these fights. He uses timely photos, film footage, and witness testimonials to keep the audience engaged while he unpacks the intricate lesson over a two-hour time frame.

The authentic media is actually what gives weight to the story that Nelson ultimately spins with Tell Them We Are Rising. It is a weight that would never come from straightforward narration or a two-hour collage of photos or films. In fact, these are the mistakes that many documentarians make, or they otherwise might splice and cut from a photo to a witness to a narration of a video, in a way that does little more than bore the audience and strangles the life out of the original story the director is trying to tell. Nelson shows that a story is an exploration through which the facts unfold, and not just by cutting shots, but by overlapping the media in a way that pulls audience attention from one idea to the next in a seamless and smooth manner, much like the turning of a page.

The film does seem to stumble a bit as it gets to the modern-day HBCU environment. For a moment, as freshmen gush about their schools over pictures of Black students during move-in week, the documentary turns into a promotional video, complete with shots of the step groups, sports teams, and the senior students in the drum corps of a given university. However, Nelson rebounds with the story of a girl who finds her voice at the HBCU after coming from a place where whiteness dominated her education. Photos of her early education are weaved into film of her organizing Black students in protest, bringing the film back to the purpose of educating Blackness and for creating the HBCUs.

The themes, documentation, and skilled composition of Tell Them We are Rising carefully construct not only the founding of the HBCU system in the US, but also the importance of education to Black America. This is a vital message, as kids of my generation (and even my own children) were never exposed to the brutalities of Jim Crow or slavery. We never saw how much the magic of the written word did for our people. We only heard our grandparents and parents tell us that education was freedom. Nelson’s film provides a comprehensible journey into just how magical education has been, not only for the freedom of Black people in America, but also contributing to our survival through conditions that should have wiped out our culture and people a long time ago.

Tell Them We Are Rising is available on PBS, as per your local listings. Trailer below: