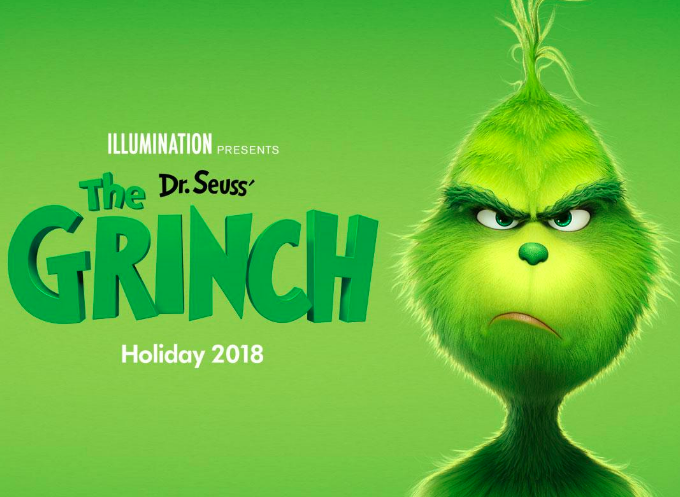 Aptly titled Dr. Seuss’ The Grinch, the animated feature from Universal Pictures doesn’t deviate too far and respects the craftsmanship of the original.  To this day, the only real Grinch indelibly printed in our memories is from the mastermind of monsters, Boris Karloff. The 1966 classic that airs on network television every holiday season never gets old. This year, we have a new animated Grinch in Illumination-style format voiced by actor Benedict Cumberbatch. The funny-named actor tucks away his English accent in exchange for a smarmy American one in this latest rendition. His American accent is barely recognizable and even Stephen Strange’s accent would sound different compared to this one. However, accents aside, The Grinch delivers a delightful story about valiance, compassion, and friendship. However, as a treat, if you wish to listen to Benedict’s native accent as he chats about the Grinch (as well as being vegan) check out his TV interview with BGN.

Tyler, the Creator Adds A Hip Hop Spin To The Grinch Song

To keep up the pace with today’s audiences, The Grinch is modernized through the lyrical storytelling lens of rap artist Tyler, the Creator. The film is also narrated by hip-hop extraordinaire Pharrell Williams. The legendary song “You’re A Mean One, Mr. Grinch”, has an upbeat hip-hop sound that makes The Grinch seem way cooler than he actually is. I’m willing to give that a pass since, after all, this kind of film is for a demographic far more younger than I.

One of the things that annoyed me in the live-action film How The Grinch Stole Christmas, was how over-the-top the Grinch was portrayed. Of course, having an actor like Jim Carrey play such a cynical character was a bit of a stretch. It didn’t quite capture the magic of the original.  In this version, Benedict Cumberbatch matches slightly what Karloff pulled off but does so in a way that it is his own creation. This Grinch is not a truly mean Grinch. There are moments of compassion that we catch from him that tells us that there’s more to this Grinch than a heart that’s three sizes too small. 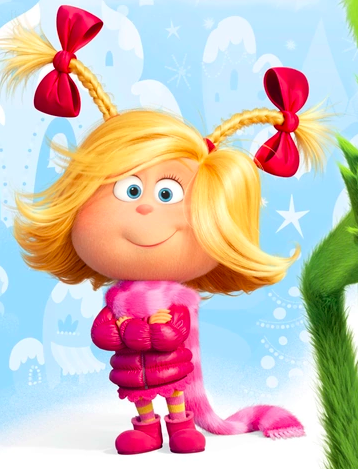 Cindy Lou Who Is The Real Hero Of This Story

The story fleshes out Grinch’s backstory to tell us more about why he loathes Christmas and everything it stands for. As it turns out, he’s got a pretty legitimate reason for being such a sourpuss about it. The film outlines a B-story with the character Cindy Lou Who (Cameron Seely) who is on a mission of her own. If you can recall from the 1966 original animated movie, Cindy Lou was a meek and fragile little girl. With just the batting of her eyelashes and the twinkle of her eye, it was enough to guilt the Grinch and question his own motives.  This Cindy Lou is far more adventurous, has her own agency and leads the charge among a group of male companions to help her find Santa Claus. Cindy Lou’s motives, (which are in contrast to The Grinch) are for selfless motives. She tries to help her mother Donna Lou Who (Rashida Jones) who is a hard working single parent. Cindy Lou later becomes the heroine of her own story here, working diligently to rescue her mother and keep their family together.

The relationship between Cindy Lou and her mother is precious, and Donna Lou has raised her daughter to be independent and completely self-sufficient. Cindy Lou has two younger brothers who are twins and their household reflects many households we see today. 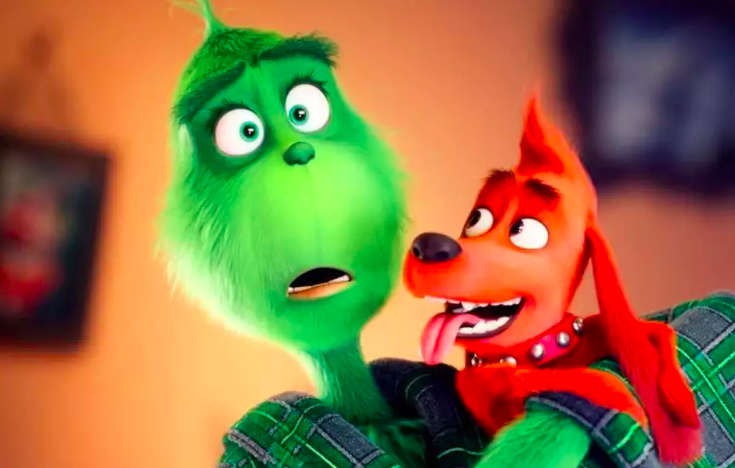 The Always Loveable and Loyal Max

The Grinch and perpetually loyal dog Max keeps up with the spirit of the original. Max answer Grinch’s beck and call — even during times when it is morally questionable.  A new character is added to the mix by the name of Fred. A pleasantly plump-sized reindeer that befriend Grinch and Max and clumsily aides them in their mission.

Comic relief is always entertaining. We experience that through the character of Bricklebaum (Kenan Thompson) —  a hairy miniature-sized lumberjack kind of fellow. He’s adorably naive and jolly and can’t see the misdeeds in Grinch, only the good and pure.

The Grinch isn’t exactly groundbreaking material here, but it is an enchantingly whimsical tale about the story of how the spirit of Christmas has never been about the material things like presents and shopping trips, but it is about family, friendships, and fellowship with the ones we love.

Special thanks to Cinema Cafe for this presentation. The Grinch is currently playing in theaters nationwide.