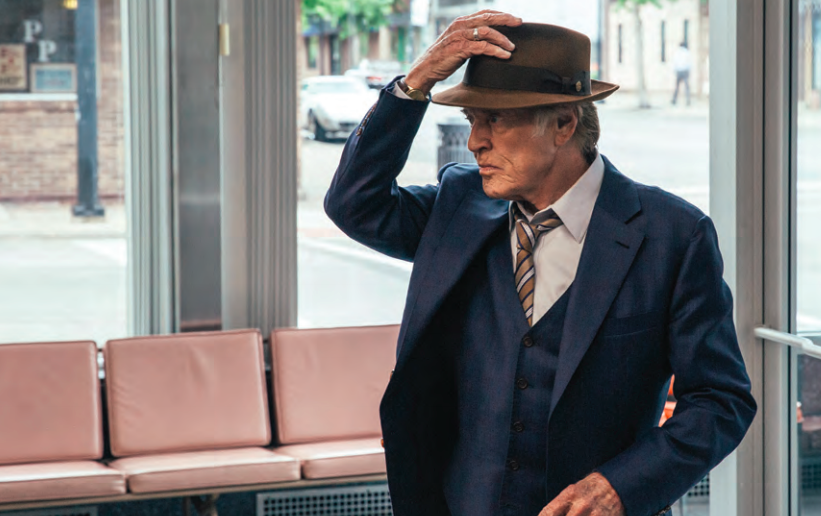 In Robert Redford’s final performance, The Old Man & The Gun, Redford’s signature charm and charisma is viewed through the lens of real-life bank robber Forrest Tucker. It’s a story you wouldn’t believe to be true unless you see it, and after watching the legendary actor’s adaptation, it’s easy to understand how and why Tucker was so efficacious at being successful as a career criminal. It is most certainly a true story, co-written by David Grann, based on his 2003 New Yorker article about Tucker.  This is a man who was able to break out of San Quentin — at the age of 70 — and still carry on his profession of stealing other people’s money.

On the short list of actors to play Forrest Tucker, Redford is at the top of my list, and if I had to pick a second choice it would be Warren Beatty. With the wink of an eye, and a flirtatious smile, he respectfully doffs his hat to his victims during each robbery. And it is no wonder that his heists were a cinch to get through. His victims practically gave the money away to him and complimented his gentleman-like behavior to law enforcement shortly thereafter. Forrest Tucker in his golden years was also able to find a love interest in Jewel (Sissy Spacek) who allows her infatuation with Forrest, to turn a blind eye to his shenanigans. We can’t quite tell if Jewel is willfully ignorant, doesn’t care, or perhaps is slightly turned on by having an outlaw for a boyfriend. 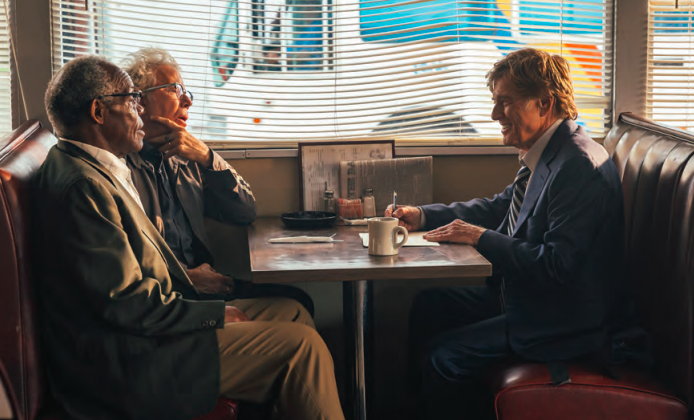 The film The Old Man & The Gun doesn’t come without its flaws. There are pacing issues, and writer/director David Lowery doesn’t gives Teddy (Donald Glover) and Waller (Tom Waits), who are cohorts of Tucker’s, much to do in his script. There’s also the afterthought of dialogue given to John David Washington who plays Lieutenant Kelley. It wasn’t until I saw a close-up shot of him in one scene that I realized he was in the movie. Washington has had a stellar year in 2018 proving he’s a force to be reckoned with in his number of commanding performances in the films Monster, Monsters and Men and BlacKkKlansman.

There’s also the guy that is chasing Tucker throughout this narrative, John Hunt (Casey Affleck). I don’t know much about Hunt or his personality, but Affleck depicts the man as this lackadaisical and sheepish detective who is void of any charisma and mumbles like he intentionally doesn’t want to be heard. He barely makes eye contact with his own wife Maureen (Tika Sumpter) and the few times we do see him show some sign of emoting is when he’s with his kids. The kind of captivating determination that Tommy Lee Jones had of seeking Harrison Ford in the 1993 film The Fugitive is quite the contrary in this flick.

Perhaps a bit of a stark contrast considering in this story Tucker isn’t really running and is so confident in not being caught he toys with Hunt during the chase — though for Hunt the word “chase” may be a strong word. Using Looney Tunes as a metaphor here, imagine if Droopy The Dog was chasing Sylvester The Cat. That’s Affleck’s portrayal of John Hunt going after Forrest Tucker. 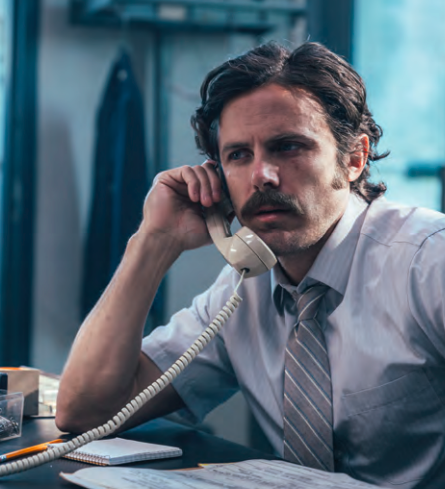 The film also provides a great atmosphere for an 80s setting. Aside from the dated wardrobes and vehicles, the font used in the opening titles and various scene descriptions also have a nostalgic style.

Lowery and Grann’s storytelling does a pretty good job of tricking us into believing Tucker is someone who we like and want to root for. His relationship with Jewel blossoms as the two spend more time with each other going to the movies, eating at local diners, and spending time at Jewel’s ranch with her horses. Their chemistry is palpable and you think, “well maybe this guy isn’t too bad after all”.  Sadly, as it turns out, Tucker is a deadbeat dad and his daughter Dorothy (Elisabeth Moss), explains her father-daughter relationship and its lack thereof to Detective Hunt. Now we’re thinking, “I can’t believe I fell for thinking this guy was a half-way decent human being”.

The story isn’t about Hunt’s need for criminal justice or a widowed Jewel finally finding requited love that will never coalesce — it is a story about a man and his gun and that is the only thing he is loyal to. He loves being a criminal and he enjoys breaking out of jail every time he gets caught. For Tucker, this is his purpose and his calling. There may be tertiary characters along the way to occupy him on his journey, but ultimately Forrest Tucker is a loner and prefers it that way. Jewel may believe he loves her, and it is quite possible that he does, but it is also likely that his love for her may be fleeting, just like the time spent in jail for his crimes.

The Old Man & The Gun was an official selection at Telluride and the Toronto International Film Festival. The film from Fox Searchlight Pictures will be released in theaters September 28th.