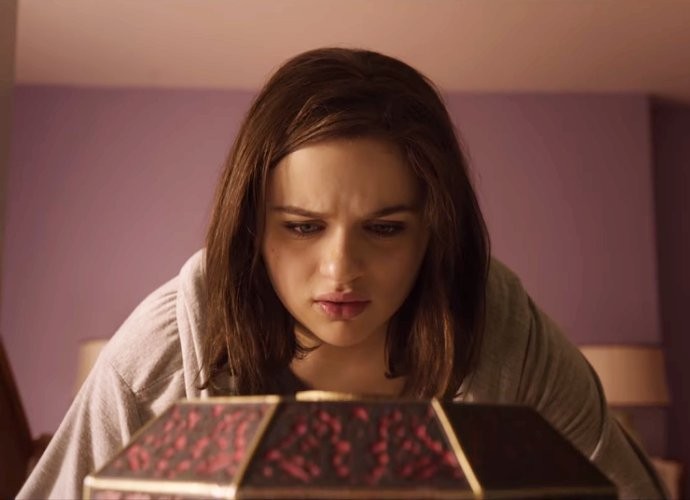 When I went in to see Wish Upon, I had a mixture of high hopes and apprehension. On the one hand, it seems like another teen horror movie, which I feel I’ve grown out of. On the other, the film has a very interesting premise–17-year-old Clare (Joey King) is given a mysterious box that can grant her seven wishes but is revealed to have much darker outcomes than she hoped for. It was enough to make me feel optimistic, and in a lot of instances, my hopes were met.

Out of the things I give points to the movie for, the most have to go to the casting and the performances. King does a great job in her role as the protagonist as we see her falling under the influence of the wish box. Another performance that stood out for me was Sydney Park, who was so natural in her delivery and brought well-timed levity to the film. Wish Upon also seems to give nods to horror and supernatural stories of the 90’s with Ryan Phillippe as Clare’s father and Sherilyn Fenn, who are well known for their roles in I Know What You Did Last Summer and Twin Peaks respectively. While some of the characters did feel like they were filling out the typical roles you’d find in a teen horror movie (Shannon Purser’s character seems to only exist as emotional support), they weren’t blatant stereotypes. They still stood out in their own way, and that’s due to the combination of the script and the acting.

Director John R. Leonetti has already proven his talent many times over with Annabelle and his collaborative works with James Wan (Insidious, The Conjuring). The screenplay from Barbara Marshall is done a great service with Leonetti’s attention to atmosphere, relying more on elements other than blood and gore to instill the sense of dread and fear, building it up to the final moments of the film. The lack of the more gory particulars of a person’s demise I chalk up to the film’s rating, but it’s not like this film is any worse for it. It works really well without lingering on such scenes, although that could be due to the quick pacing of the movie.

The movie’s run time is about ninety minutes, and in some moments that and the movie’s fast pace butt heads with each other. Some elements are affected more in others, like Clare coming to grips with her mother’s death. There is a strong sense that this is supposed to play a larger role in the story and give more reason behind Clare’s motivation with the box, but not enough time is given for that to fully develop. It doesn’t hurt the story that much overall–the reasons behind Clare making her wishes in the first place are established early on–but it would’ve added some more depth.

At the end of the day, Wish Upon is less about the visual scares and more about the relationship between the protagonist and the wish box. While one can argue that having a supernatural object that can make your wishes come true can be super handy at times, they aren’t really worth it when they come at the cost of your friends and loved ones. The fact that Clare persists even after knowing what her wishes are doing is rather telling of her true nature, and seeing that struggle is what made the story so interesting for me. There are certainly better horror movies that have been released this year but Wish Upon is still a safe bet to make if you’re easing into the genre.