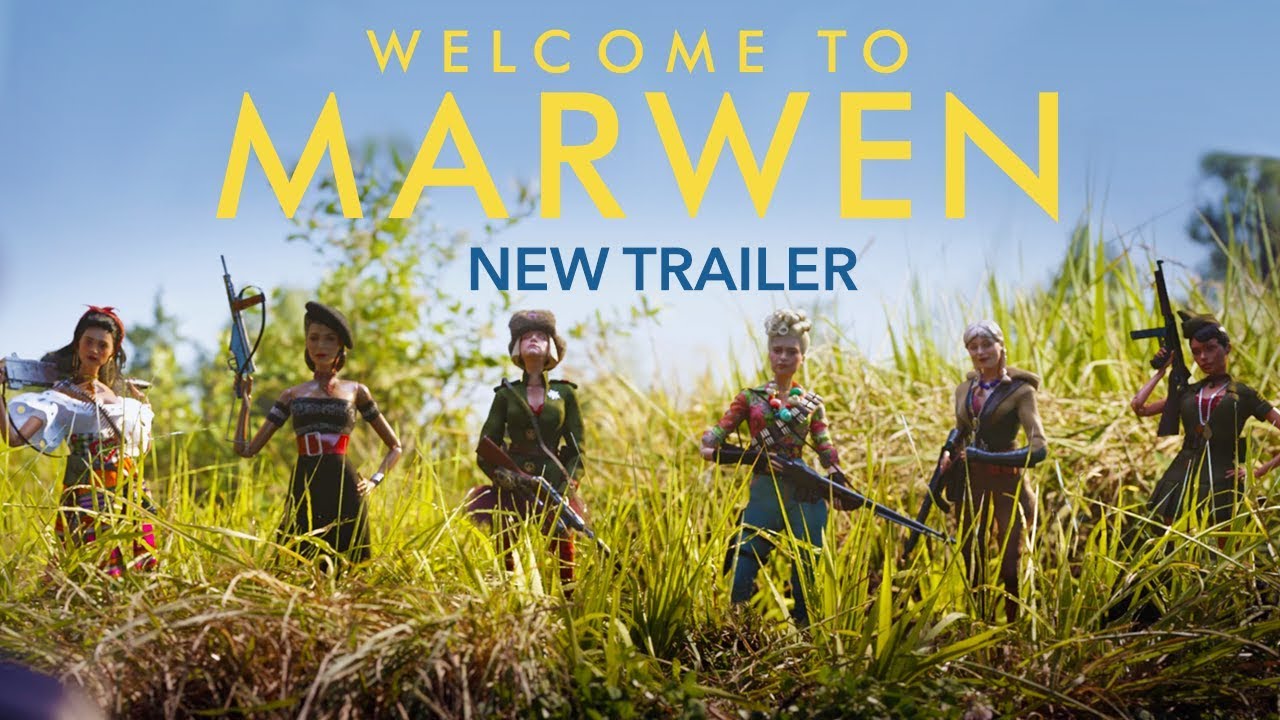 The trailer for the Christmas week release of Welcome to Marwen is indicative of a holiday film. It shows a man who suffered tragedy but found his way back through imagination and some help from his friends—both toys and the woman who cared for him. It is a true story of a Mark Hogan camp, a man who was beaten within an inch of his life in 2000. He came back fighting to regain the artistic talent that was stolen from him when five Neo-Nazi thugs assaulted him.

The five dolls that form the heroines of Hogancamp’s story are all women from his real life who helped him fight his way through recovery. Janelle Monae plays an amputee and friend to Hogancamp who pushes and inspires him in physical therapy. Leslie Mann plays a neighbor who moves in and takes interest in her quirky neighbor and his art installation. I loved seeing Merritt Weaver again but without the Nurse Jackie nurse role, she is known for. Gwendolyn Christie is Hogancamp’s caretaker and Elza Gonzalez is a waitress he befriends at a local bar. These women take the form of the dolls in the trailer who help him work through the latent mental damage from the incident.

So many of these details were lost in the first trailer that Universal released in late June, but the loss of the importance of the women in his life was a major detail. We need these stories of strong women these days and Welcome to Marwen seems to do the job very well.