Anointed: The Chronicles of Laftu is a free mobile game app that takes you on a journey through African villages with Laftu, on his quest to defeat evil. As the player faces more challenges, Laftu is encouraged to persevere through various Bible verses.

The objective of the game is for Laftu to defeat issues that affect many African communities such as hunger, poverty, disease, and terror. These challenges are represented by ghoulish figures that pop up from pits in front of Laftu, preventing him from moving forward.

The way to defeat the evil is through a method of “whack-a-foe” game play. This is achieved by pointing the ‘Bible’ and literally striking your foe with the word of God. As the player moves through each stage, more and more challenges pop up, which means the ghoulish figures have to be defeated faster and faster. 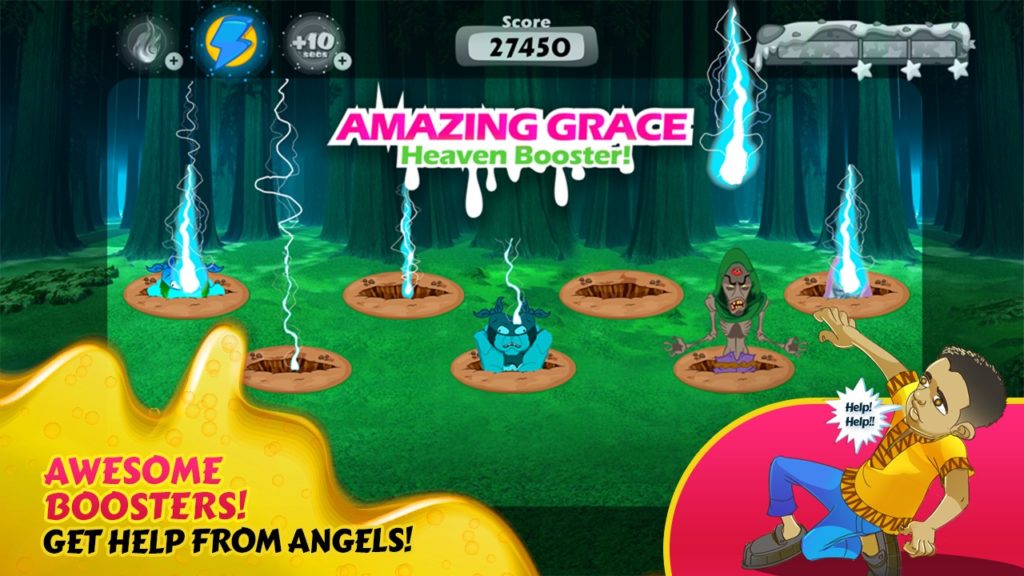 When the challenges are successfully defeated, the player is given encouragement through bible verses; if he is unsuccessful, he becomes weary and is encouraged to continue on his journey from village to village. Items earned as prizes include shields, extra time, and special aids such as pearls of wisdom, and can be used immediately or stored up for later use. 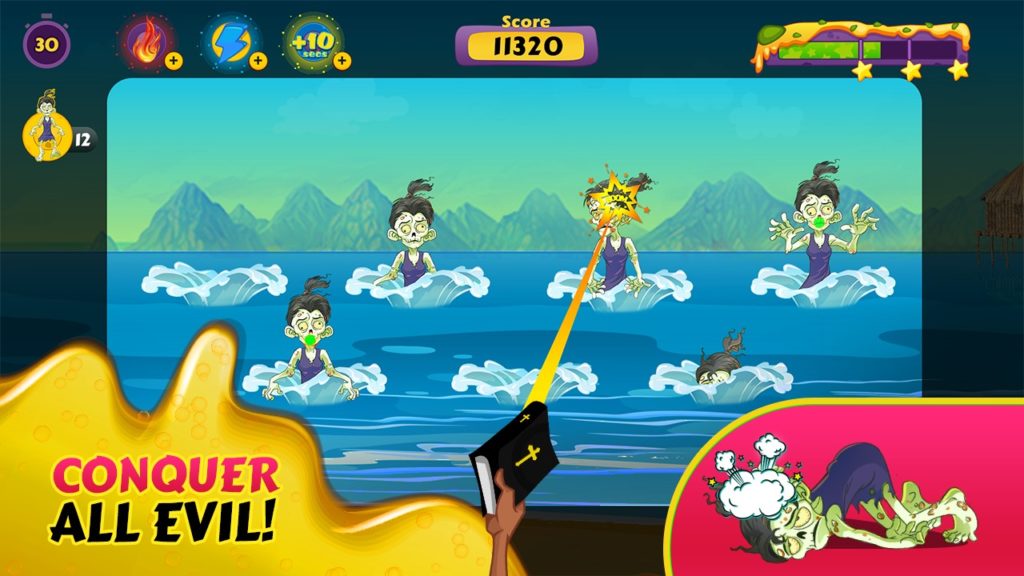 Anointed is a brightly colored game that—though simple—is quite entertaining, and suitable for young children to adults. Because each level is timed, it creates a slight sense of urgency, maintaining interest and making it ideal for children who may have short attention spans and want to move through the game quickly. Even though Anointed uses biblical verses and what might be termed Christian accolades, it doesn’t push the religion on players, but rather focuses on completing the assigned tasks.

Anointed: The Chronicles of Laftu was created and developed by Yinola Mobile Apps Ltd., an interactive mobile gaming company that operates out of Lagos, Nigeria, whose mission is to share African stories with the world through the use of games.