With Aquaman hitting theaters on December 21, it appears that all manner of media has gone crazy for the fish man. Books, clothes, toys, and all the typical superhero-movie merchandise abounds. But now, we see Aquaman dip his toes into the world of video games with DC Universe Online’s new Atlantis episode. Released in November, the episode allows players to immerse themselves in an adventure set in the undersea kingdom.

DC Universe Online (DCUO) is a free-to-play action combat massive multiplayer online game (MMO) set in the DC Comics universe. Developed by Daybreak Game Company, the game drops you into the role of a metahuman initiated into the ranks of the Justice League.  The world is mainly a shared, public space that features dynamically generated content designed for both hero and villain player characters to fight alongside and against various iconic DC Comics characters. The superhero avatar will undertake different missions in the game’s world that increase the player’s level and skill.

DCUO’s episode content expands the game universe with different, more difficult missions that provide new stories or continuations of ones that already exist. The game rewards players with new costumes and equipment upon completing the missions.

Atlantis promises a large-scale event that sees the player fighting alongside characters such as Aquaman and Mera in the titular game’s gorgeous atmospheric underwater set piece. Despite my natural aversion to anything online multiplayer, I absolutely wanted to give it a try. 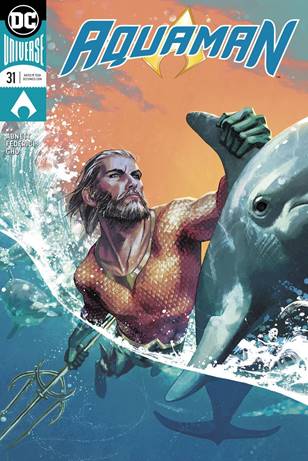 The first thing I had to do upon loading up the game was create my superhero alter ego. DCUO offers a robust creation system with a very generous amount of options to personalize your character. Then, choose to be a hero or a villain (I’m boring so I chose hero). Next, prepare for the torrent of options at your fingertips. Among the items you can customize are gender, body type, personality, movement mode, weapon, and power. Beyond that, there are numerous hair, skin, and costume types available. With those kinds of options, it’s no wonder it took me so long.

I eventually decided on a Black female with a punkish haircut, cape, and bodysuit with a red and blue color scheme. I wasn’t feeling particularly creative at the time, so I won’t embarrass myself by giving her name. Just know that I devoted half of my playtime to agonizing over every single minute detail of my virtual vindicator. There’s a reason I don’t play the Sims.

Unfortunately, since I was a newbie to the DCUO playground, I couldn’t jump into Atlantis right away. The player has to be Level 10 in order to access the episode, meaning that you have to start from the beginning and then continuously fight enemies to earn enough experience points to reach the level. Luckily, leveling up in this game is not that much of a grind. The journey from Level 1 to 10 only took about an hour. In fact, I would likely have benefited from leveling up more, as I found out later.

The player is thrown into the game’s world with the first experience of having to fight your way out of a spaceship while the villain Brainiac is wreaking havoc on Metropolis. The tutorial teaches basic movement and abilities, counter mechanics, and using power and skill points. Eventually, the player character becomes an official member of the Justice League or the Society, whether hero or villain. I got a bulk of the main and beginning quests in the main quest/hub area of Metropolis, and I happily gained experience punching out diverse creatures and mind-controlled citizens.

Soon enough I leveled up and ready to explore Atlantis. This is the gist of the scenario: Aquaman is accused of treason by the Atlantean royal court and supplanted as king by the evil Rath. There are four event stages in the episode — Atlantis: Royal Palace Event, Atlantis: The Silent School, Atlantis: Crown of Thorns, and Atlantis: The Throne.

The Royal Palace Event starts off right in the midst of the coup, fighting off the bad guys. Then, you give chase through the royal palace as an encroaching doom wall called the Crown of Thorns comes closer. Aquaman is held captive while you fight alongside Mera and an unimportant Atlantean character.

While the beginning of DCUO covers a substantial amount of story exposition, for the episode, this is as complex as it’s going to get. This is fairly normal for an MMO. The selling points for this type of game emphasize battling, leveling, and obtaining gear, loot, and fighting abilities. The stage ends with a boss fight against a random bad guy. At this point, I started to feel a bit underleveled. This battle was HARD. Again, this was possibly a result of my aversion to grinding levels.

The boss utilized four different weapons, with each hitting harder in succession. A fairly pathetic, slow one-two Superman punch move that left me open to his speedier attacks (die, twin pistols, die!) was my only offense. After quite a few —okay —many game over screens I finally worked out a strategy to take him down. Because I never fail at not taking the hint, I shouldered on to the next event despite still lacking experience. Fortunately, the next few stages would provide me with much-needed backup.

The next three events are notable for a couple of things: opening up the player’s surroundings to the greater world of Atlantis and putting multiplayer back into the mix. The game thrusts the player from the confines of the palace into a vast expanse of deep ocean. And if there is one thing I can say about the setting it’s that it is beautiful. They really nailed the mystical aura of an ancient underwater civilization. The architecture is sharp and atmospheric. The colorful flora and fauna of the glowing sea floor accent the area appropriately. You can even hear the whales singing as they cast their shadows overhead. A lot of time and effort went into this area, and it shows.

Back to the multiplayer. The player is matched up to a party of eight to essentially fight their way through a dungeon to get to the main bosses. And if I thought random Dual Pistol Guy was hard, he has nothing on the final battles for the latter events. Thankfully, my party was full of players clearly more experienced than I. Their superheroes summoned tornados, lasers, and a fist out of thin air! I dove into the fray with my sad punch-punch-stomp-slap combo.

Multiplayer battles are fun, frenetic, and messy. It’s a bit of an adrenaline rush to work in tandem with other players to take down these extra strong bosses. Unfortunately, you often couldn’t see what the hell was going on. Spells and fighting maneuvers for eight players and upward to four or five bosses just made a crowded screen chaotic. Still, you just can’t replace the feeling of a boss well defeated.

Overall, I enjoyed my time with Atlantis.  It’s a well-structured episode with events that offer engaging challenges, side quests, and battles. Most of all, I was impressed with the playability of DC Universe Online itself. I went in with no expectations. The accessibility of the gameplay and the pure enjoyment of living out my childhood dream of being a kick-butt crime fighter with a cape was pleasantly surprising. I think I’ll find out what lies beyond Level 10, and so should you.

DC Universe Online is currently available as a free-to-play title for PC, Xbox, and PlayStation on Steam.

Geoff Johns Compares Black Manta to The Joker in ‘Aquaman’