Almost three years ago, I like many of you rushed to my local electronics box store to pick up Bungie’s newest offering Destiny. It had been a couple of years since Halo 4 had been released and the trailer looked boss. Like many of you, I enjoyed the various game modes like Campaign, which allowed me to wander around, gather resources, and cull the intergalactic enemy herd. Different planets were available based on your experience level. To advance the story, typically three-player Cooperative missions allowed you and two others to typically descend to the bowels of the planet, fight your way through hordes of grunts, lieutenants, and monsters to face that planet’s boss and collect a little more information about the big bad. If you needed to level up in order to not die 23 times during a boss battle you could level up playing the multiplayer Competitive mode. This formula held true through each of the expansions with the last installment released March 28, 2017. Expansions can be tricky, and pre-ordering the season pass for a game you’re not sure you’re going to like can be expensive. I did end up playing through the third expansion, The Taken King, and was underwhelmed by the additional content given the price, and recognizing that mostly what I got from the expansions were prettier clothes. Being fashion challenged that was the final straw. 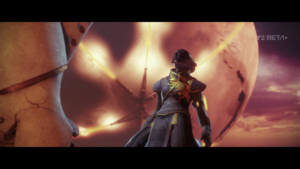 In August, I played the Destiny 2 beta on X-box One. As you can see from the clip above, the story and graphics are as engrossing as ever. Your home base, the Citadel, comes under attack and the leaders of the Guardian Houses leap into action. The beta gave a look into the three modes. The nostalgia from being away from Destiny for a while definitely kicked in as I watched the destruction, and maneuvered my way through well-worn paths. Appropriate use of cover is highly recommended, and if you want to lone wolf it, you will be spending a lot of time spawning so make some friends and revive a gamer once in a while. There has been some rejiggering with the loadout screen that is much friendlier. I did wish that Bungie, addressed the dead weight issue. As before, I ran across those who would sit at the beginning and not participate in order to get the rewards from the boss battle, when completed. In the Competitive mode, depending on your class, your super-weapon could take days to charge, but I believe they recognize it and are working on it. I also felt that some of your abilities were underpowered for the level the beta started you on. As before, it still feels that some classes are significantly more powerful than others, despite being on the same level. I now that skill plays a part in that, but I kept getting run over by a Quicksilver/Captain America hybrid, despite some high-powered weaponry. Balance issues aside the small map were interesting. I do hope that larger maps will be available as patterns for success and camping became evident early on. 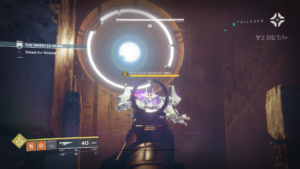 Out in the web verse, the comments seem to be a zero or a one. There are those that will not be able to live without it, and those who will wait for the next Halo to come out. From the beta, I’m not seeing some great leap in game play that I can point to as a reason to buy this one. However, if you missed the first one, this is a good game. For the non-expansion crowd, I would rent this one. To the Destiny faithful, all that you know and love is there. The PC beta was released on August 29th, with the full game release on September 6th.