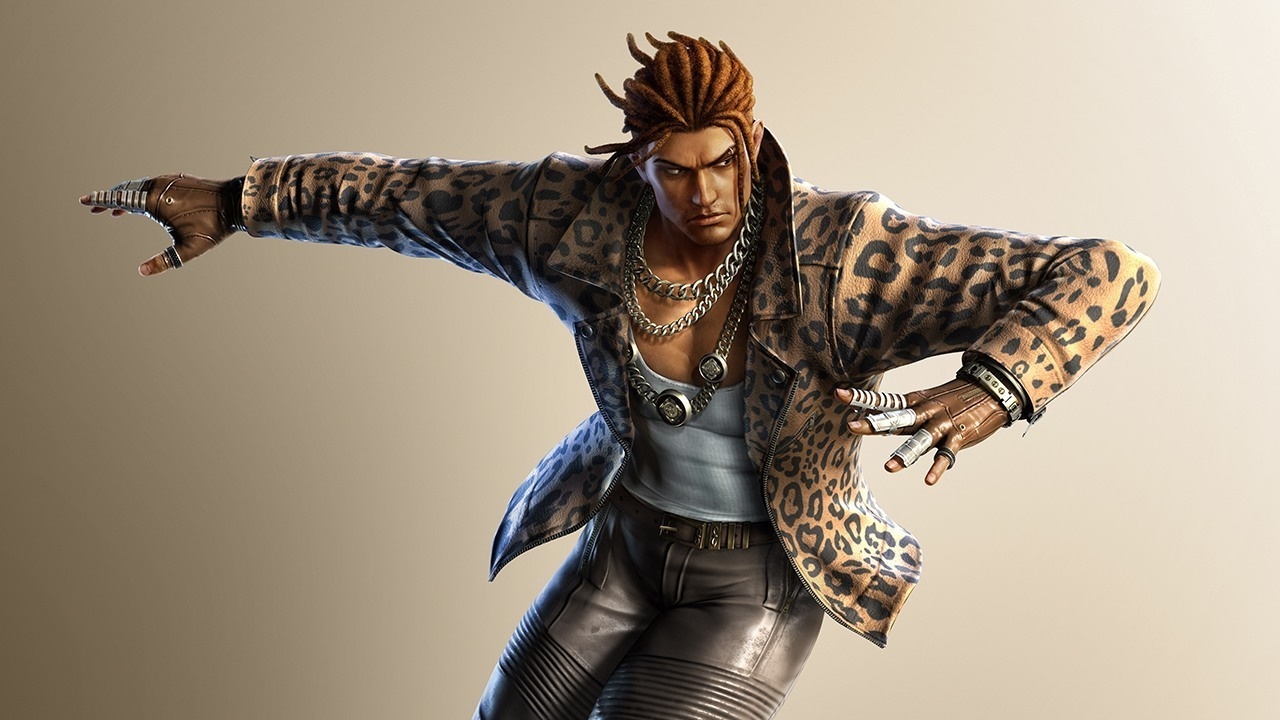 If you are a Tekken fan, then you have likely been eagerly awaiting Tekken 7’s release for what feels like eons. Of course, considering how terrible Street Fighter V was upon release, the delays were a good move on Bandai Namco’s part. The game is polished and offers more content for players than Capcom’s subpar entry to the genre. There is no question that Tekken 7 is one of the best fighters to come out this year; however, does it do the franchise justice? The short answer is that yes, but it does have its shortcomings.

The game’s story mode gives players yet another look into the drama-filled lives of the Mishima family. The story is visually stunning thanks to the game’s impressive graphics and beautiful artwork, which is why it is so disappointing when the narrative falls flat. The narrator, a reporter who lost his family due to the Mishima family’s antics, is boring. His voice is just too flat and dry. The story mode is only about 2 hours long, but he makes it feel like 20. Even with the special move list specific to this mode that speeds up the story, completing it still feels like a chore. Not to mention, only a handful of the 30+ playable characters appear in the tale. Overall, story mode and the mini vignettes tracking each character were huge disappointment. But at least we got to watch Heihachi throw his son off a cliff multiple times. Yay?

Outside of the story, Tekken 7 is, for the most part, everything we’ve ever wanted when it comes to fighting games. Each button is mapped to a specific limb, and moves are familiar but there is enough variation to keep the game fresh. For instance, experienced players will notice that sidestepping is much slower, forcing players to be more strategic when avoiding combos and powerful attacks. It takes some getting used to if do-si-do-ing with your opponent is a huge part of your play style. 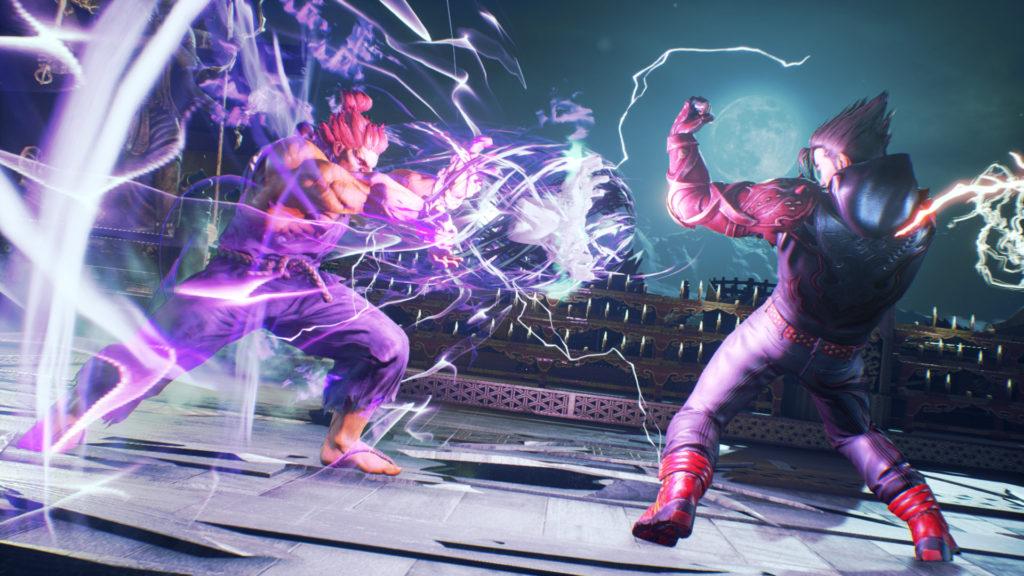 In addition, players can now use Rage Art and Rage Drive attacks. These are super moves that are similar to those seen in games like Marvel vs Capcom, where a powerful combo attack becomes available if a character’s health is insanely low. Unleashing and landing one of these attacks can give players a fighting chance to turn the match around. They aren’t hard to execute and are a great addition to the game, although it initially felt like a cheap way to even the playing field for new players. Luckily, they aren’t too difficult to block or counter. There is also a power crush attack, which absorbs mid-level attacks, giving players the opportunity to shift the momentum of a one-sided battle.

Flashy moves aren’t the only new addition to the balanced fighter. From the dancing pop star Lucky Chloe to the Saudi Arabian fighter Shaheen to the badass ninja Master Raven, plenty of new faces have been added to the roster. (Before moving on, can we take a moment to appreciate the Master Raven and her #BlackGirlMagic?) With so many additions, there is bound to be one with a playstyle that will satisfy even the pickiest player.

Once players have picked out a new (or old) character, it is worthwhile to hit training mode to try and make sense of the 100+ moves available to most characters. If you are used to Tekken, this is unlikely to overwhelm you, but for newer players, it can be a bit much. Even with the ability to watch how moves are executed, it is burdensome to learn which moves to use and when without consulting YouTube or a patient friend. A great tutorial mode—either standalone or built into the story mode—would make the game less intimidating for those new fighters unaware of how technical Tekken is. 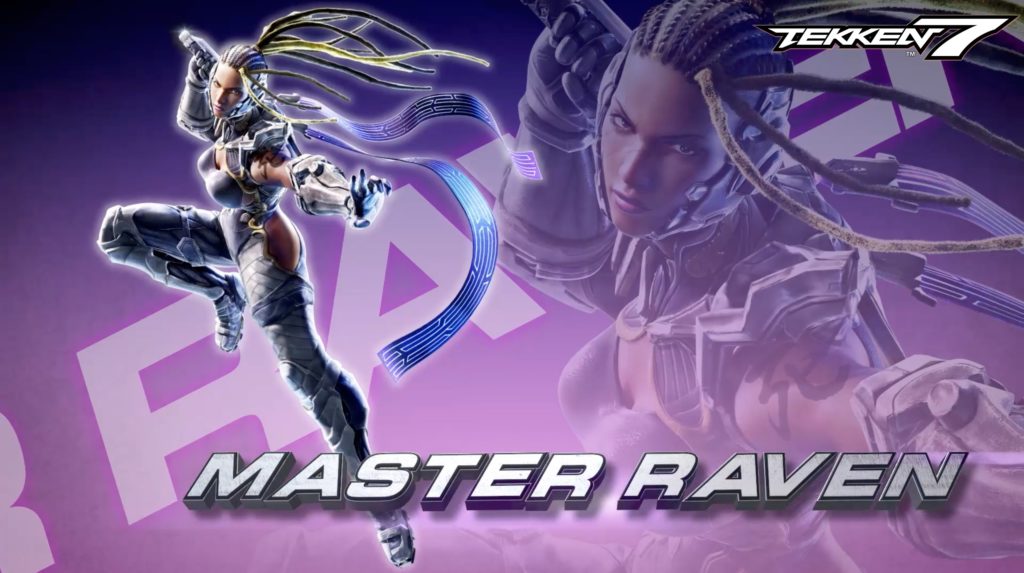 Players looking to play or practice offline also have the option of exploring arcade mode and Treasure Battle. Arcade mode is your standard ‘fight your way up to the boss’ experience. It doesn’t take long to do and isn’t very challenging. Treasure battle is the more interesting of the two. Players fight endless battles to win Fight Money and unlock customization items. If you are going to spend your time offline, treasure battle is the place to be. However, it does get tedious and, although the difficulty is supposed to increase over time, I have yet to lose a match.

After ample offline play, it is fun to use the Fight Money to add a bit of pizzazz to your health bar, title card, and other data that is displayed to online opponents. Customization is by far one of the best things about Tekken. Tired of seeing your character in the same old outfit, no problem. You can change their hair or give them a hat, new item, or randomly strap pizza to their back. While newer players may be impressed with the level of customization options, other will find it lacking.

Many of the hairstyles are the same and there are no textured options for characters of color (not even an afro wig). In fact, there isn’t a lot of variation across characters at all. The options are so sparse that you can just smell the DLC coming from around the corner, which is disappointing when you consider the amount of content present in Tekken 6. 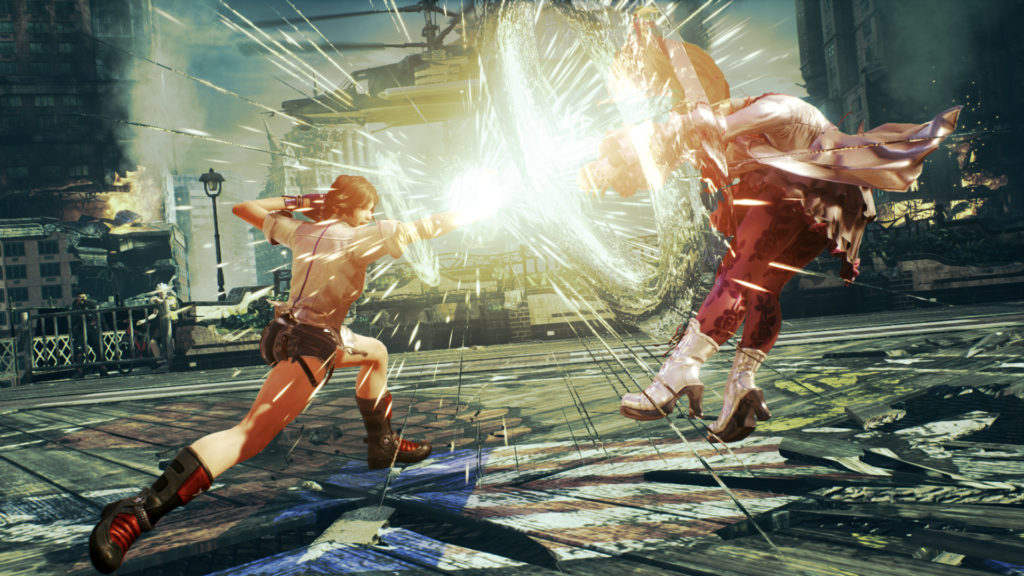 Still, it is satisfying to let your personality flag fly online—even if it is at half mast. Online matches are pretty straightforward. There are ranked matches, player matches, and tournament battles, which give players the chance to win Fight Money and items. Initially, there were major connectivity problems with the online matchmaking component of the game, but a recent patch seems to have improved things for players.

Despite its hiccups, Tekken 7, is a solid fighter, worthy of the name. The game shines where it counts, with its amazing gameplay and stunning animations. It is a game meant to be played with friends or strangers. If you are looking for a solo fighting experience, this is not the title for you; however, if you are looking to make a name for yourself as the King (or Queen) of Iron Fist, then you will not be disappointed.