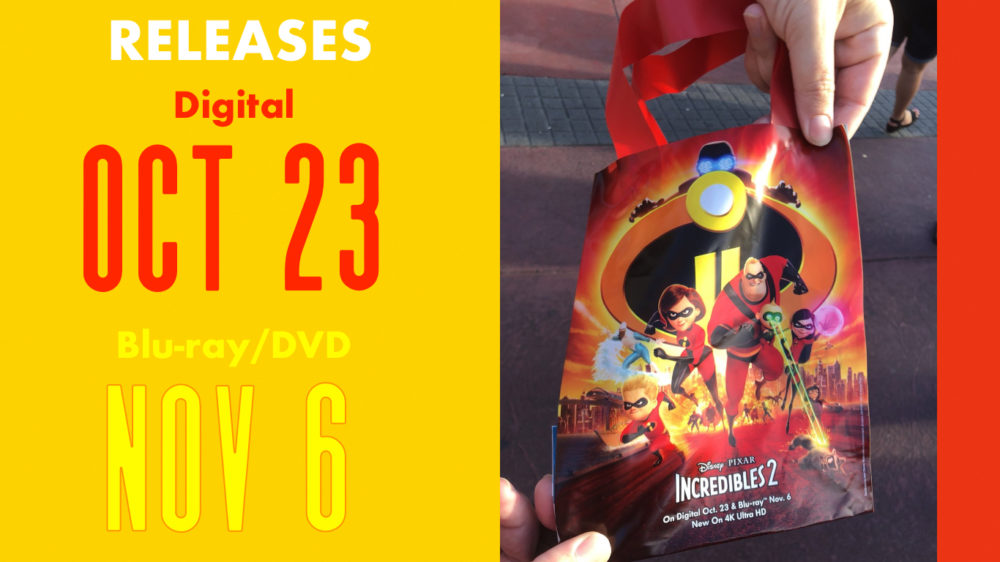 Incredibles 2 released on Blu-ray 4K Ultra HD,™ Blu-ray,™ DVD, and On-Demand on Nov. 6. If your family of Incredibles loved the film in theaters, then they will also love the home entertainment release. Black Girl Nerds has a way for you to win one of five Blu-ray discs or one of five digital Blu-ray editions of the film.

This home entertainment release is chock full of great and entertaining content. According to Disney Pixar Studios, that content includes:

You can pick up your copy today wherever Blu-ray discs are sold and you can grab a digital copy On Demand.

BGN is Giving Away Copies of Incredibles 2

You can win one of five Blu-ray discs or one of five digital codes for the Incredibles 2 home entertainment release by entering our raffle. You can make an entry by sharing our post, tweeting about the Blu-ray release, or commenting on this Blog post. Go through the Link below for more details.