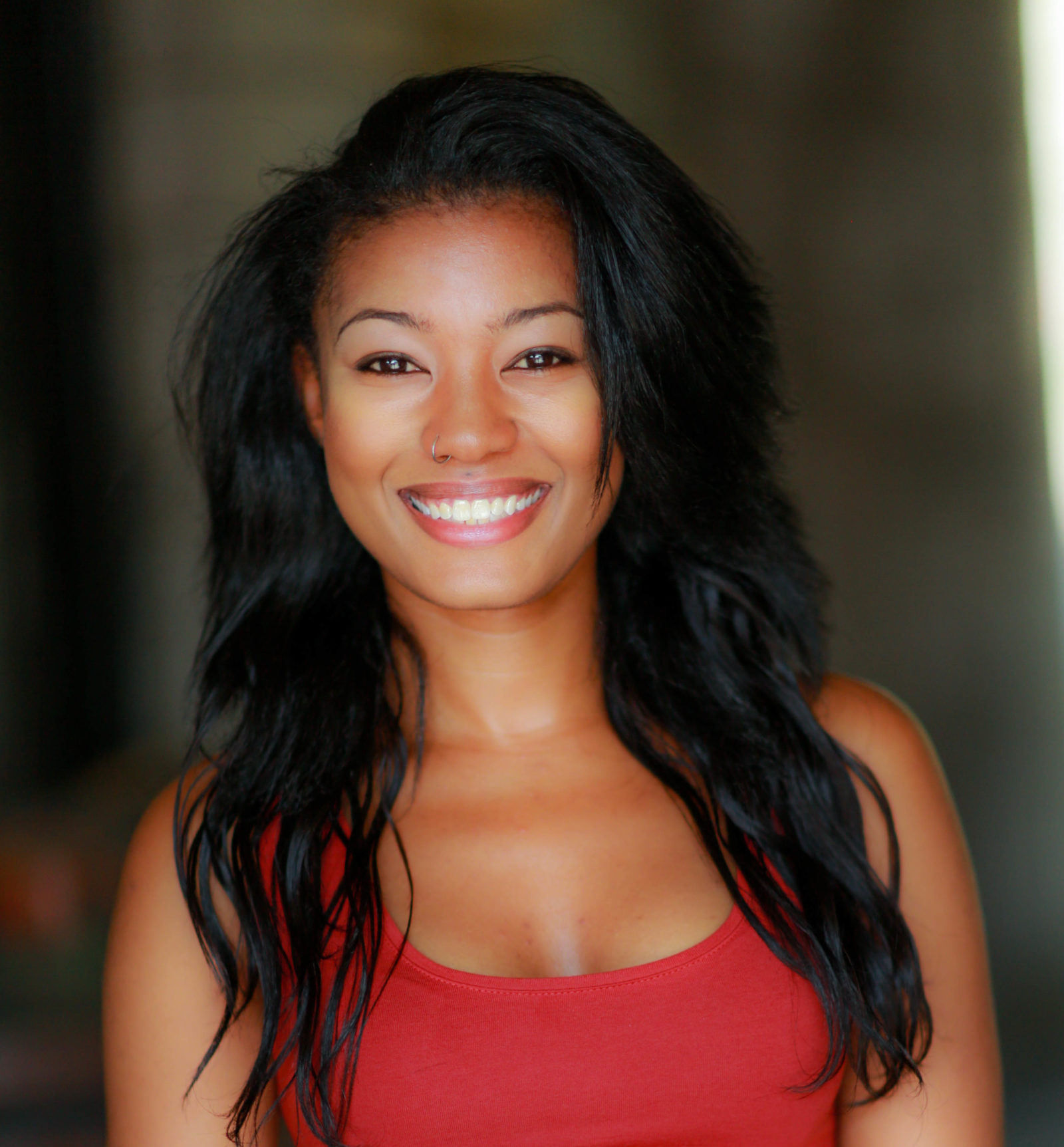 Lori Laing is an actor you need to keep on your radar. If you caught season 2 of Iron Fist, she played a pivotal role as Avalon — one of a trio of sketchy tattoo artists. She also starred as Nala in the acclaimed web-series Giving Me Life (In the Land of the Deadass) and since its debut in November 2017, the 6-episode series went on to be featured as a 2017 New York Television Festival Official Selection and win AT&T’s Audience Award for Best Episodic at the 2018 Frameline San Francisco International LGBT Film Festival. She will also be making an upcoming appearance in Netflix’s She’s Gotta Have It. However, in this poignant interview, Lori opens up about her gender identity and being Black in Hollywood. She’s of the belief that diversity in Hollywood is evolving swiftly and that the industry needs more people of color than what many of us are led to believe. Her perspective is stunning.

Thank you so much for taking the time to talk to Black Girl Nerds, I appreciate it, I’m excited for our readers to learn more about you and to just give you the opportunity to share what you’ve been doing. I understand that you attended Georgetown University in D.C. pursuing a Bachelor’s in diplomacy but you decided to take on acting full time. What led to that decision?

I definitely did go to school with the intention of working in international relations but when you’re younger you think traveling all the time would be like the most lit life and then I started working at U.S. Agency for International Development and I was on that path to become a diplomat and I realized in working with these people that have been doing it for years before me, I was just like “Damn, I actually don’t think I want this life after all.”

And so I really just sort of, sitting behind the desk all the time thinking like “What do I really care about? What really excites me, and then I just remembered when I was a kid how much I loved performing in musicals just in elementary school. We would do “Bye, Bye, Birdie” and “Cats” and all these things and I remembered so much joy from that.

Do you plan to do anything with that in the future? Or is your calling acting and working in the entertainment industry?

I was all the way in that I used to intern on Capitol Hill. I interned for Donna Brazile at one point, I worked at the U.S. Agency for International Development, I went to Georgetown, I was all about that politics government international relations life. And I just realized that the culture of that world is not somewhere that I could really be myself and make an impact as myself, this Black queer, sort of genderqueer person on the inside. Everything that was on the inside, I couldn’t really make an impact with my whole self in that environment. 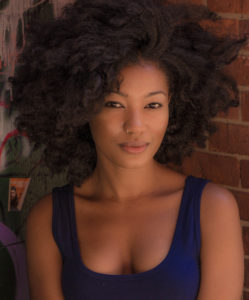 I think that what’s interesting about working in the arts is that it’s easier to make a big splash which can create great changes whereas I felt like when I was working in Washington at best I might just blend into the furniture and just have a reasonably good life living this upper-middle-class existence in northern Virginia and that is horrifying. Whereas working in the arts and exercising my soul with every project, with every role, with every new relationship I make with other artists of color and queer artists. We can make a big splash with that and now that we have social media, you put something out there and maybe it only gets a hundred views, two hundred views in the year that you put it out, but the fact that it’s always there means that at some point it could catch on and go viral.

And that representation is always there for that person like me who are looking for themselves.

The fact that there’s so much space in the arts really, really matters. And to be honest I think that with the question you asked about Hollywood, I think Hollywood denotes a certain type of culture, makes you think of a white male dominated arts industry.

And I don’t think that that interpretation of Hollywood is really relevant anymore. Honestly, I feel like they need us more than we need them at this point because we have all of these different platforms in which to pop the f*** off and everybody watching our s***, you know? That’s why you have influencers on social media that are now in TV and movies. Look at Awkwafina doing her mother f*****g thing. She’s coming off of social media and she’s now in one of the biggest movies of 2018. That’s amazing.

And hosting SNL. Hollywood would not check in for Awkwafina, but Awkwafina is here, you know what I’m saying? And that’s beautiful. You can’t really do that in many other industries. So, like “Hollywood” doesn’t even matter, it’s not even something to think about. We’ve got our own now.

I feel like, it’s changing. It’s a slow pace, but it is changing with respect to representation and non-binary characters. Like shows like One Day at a Time, and there’s a new show that’s coming out on Netflix, The Chilling Adventures of Sabrina, that has a non-binary character. Speaking of Netflix, congrats on your role in Iron Fist!

Thanks to [my publicist] Brad, I was preparing to talk to you and I’m like yo I’m a f****** comic book character. This is wild, I can’t even believe it.

Yeah, you are officially in the Marvel Cinematic Universe, isn’t that crazy?

Yo, I’m gagging even now. It’s crazy. You know what, I audition for so many lesbian roles. I really really believed that I was just going to have to suck it up and do heteronormative roles. I really believed that. And, I have been so pleasantly surprised to be able to say that I auditioned for so many women of color queer roles, and I have worked with so many women of color queer and otherwise in this industry. Directors, producers, writers that are women. So much, to the point that I feel extremely privileged.

I’m really happy that you had the opportunity to be a part of something so great with all of these women of color in these powerful roles. And I am here to see Daughters of the Dragon happen. I’m a big fan of the comic books, I’m a big fan of Misty Knight. 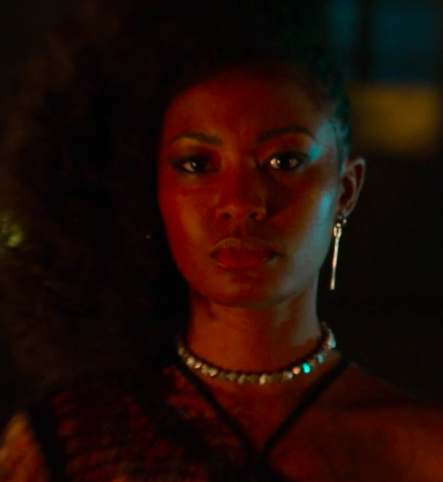 It was recently announced that Iron Fist was canceled, but I hope that Jeph Loeb and the folks over there at Netflix decide to create a Daughters of the Dragon series. ‘Cause it’s something that I think fans have been waiting for.

Simone Missick and Jessica Henwick were really really great because, you know, they’ve been in the industry for a long time and they were so welcoming on set and just so mindful — showing me the ropes and what to look out for. They were just really kind and helpful on set for a newcomer like me. It was an amazing experience.

Tell us what’s next for you? I understand that you’re going to be in the next season of She’s Gotta Have It another big favorite Netflix show of ours here at BGN. It looks like you’re in the Netflix family, congrats! Can you tell us a little bit about that?

Oh my God, what a crazy year 2018 has been. You know I just graduated from Columbia’s MFA Acting program last year, May 2017.

Thank you! The past year and a half, two years out of grad school have just been so amazing and affirming and I just can’t even believe the things that I’m talking about right now Jamie.

The small interactions and seeing other women of color just lightens your spirit so much.

I just got another job on network television that I probably shouldn’t say anything about. But girl you know that means — residuals. Oh hell, I’m so excited!

I really said to myself, okay I know nothing about working in the arts, so if I’m going to excel, I’m going to be able to look stupid, feel the humiliation of not knowing what I’m doing when I walk into some of these audition rooms, and be okay with potentially looking stupid, looking ugly, feeling extremely insecure. And if you can conquer that, if you can go into something feeling like I know that I am going to have to deal with difficult feelings going into this and feel yourself and do it anyway and be prepared for those feelings, and be prepared to deal with those feelings afterward, then you will be able to conquer everything. Then you f****** win.

That is beautiful and amazing advice and something that I personally needed right now so thank you so much for your words of wisdom.  I’m excited about your future in this business. I see you going to new heights and appreciate your time and talking to Black Girl Nerds. Thank you Lori.

Thank you, Jamie, I hope I can meet you in person one day. It was lovely to talk to you, thank you.

Iron Fist season 2 is currently streaming on Netflix and season 2 of She’s Gotta Have It does not yet have a release date from Netflix.