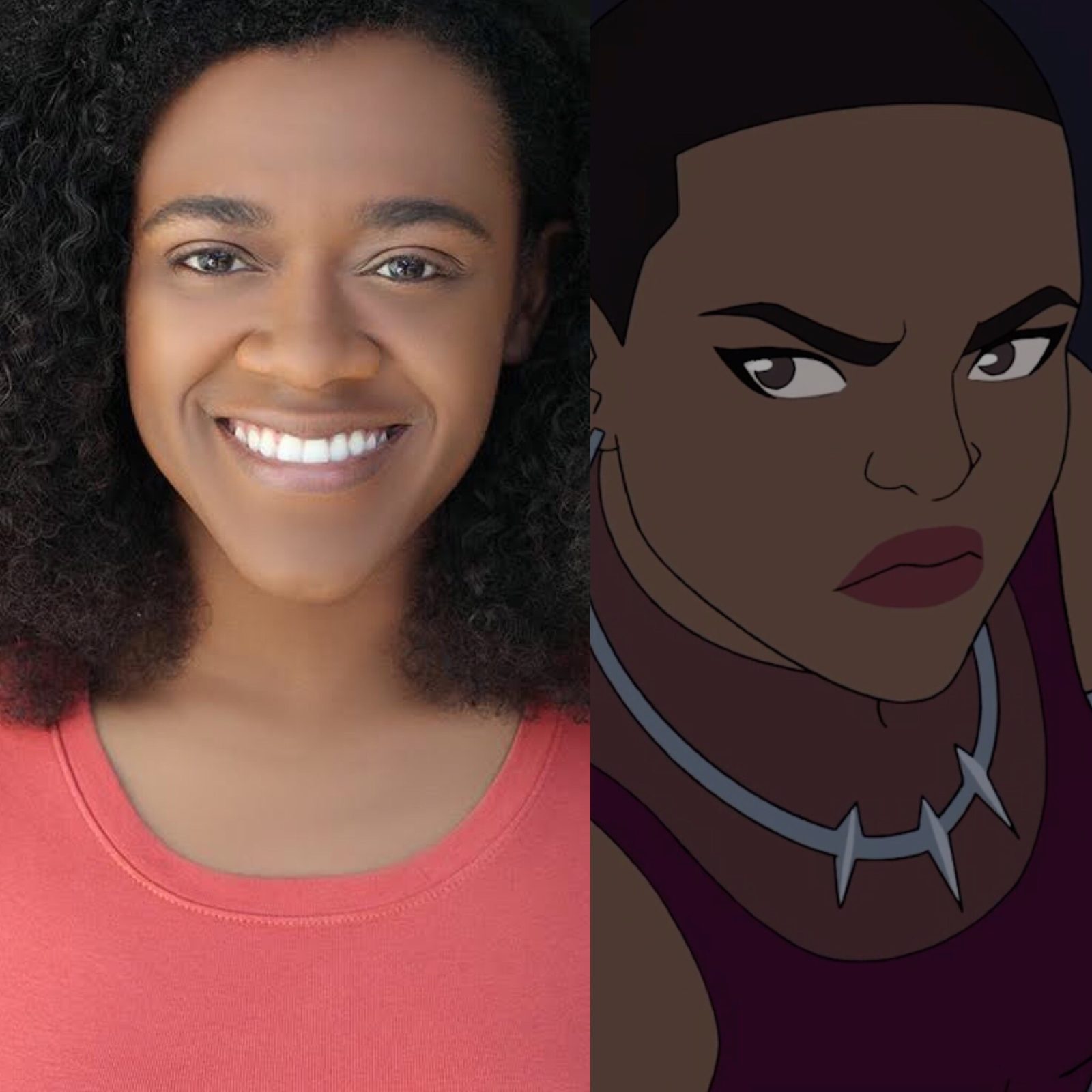 Daisy Lightfoot knew at an early age that she wanted a career in the arts. She took ballet lessons, then, gymnastics. But it was Saturday mornings spent watching cartoons, that sparked Lightfoot into wanting to be a part of that world, but, behind the scenes. Fast forward to 2018, and, the Virginia native is a member of the Marvel Universe family, voicing Princess Shuri, STEM and code sibling of King T’Challa, in the animated series, Marvel’s Avengers: Black Panther’s Quest, which premieres Sunday, September 23, on Disney XD. I recently talked with Lightfoot about the prime role, and, the importance of having Black girls see animated characters that look like them.

Daisy Lightfoot: Thank you so much!

DeNeal: First of all, I watched the trailer, and, the premiere episode of Marvel’s Avengers: Black Panther’s Quest, and it’s very good. Of course, Shuri is being her usual, smart-aleck self!

DeNeal: How did you get the opportunity to voice Shuri?

Lightfoot: I’ve been doing voice-overs, and, acting work for 12 years. I moved to California 12 years ago, with my mom, who retired from the military after I told her that I wanted to be an actress. I’ve been on Grey’s Anatomy, did voice-overs for video games and commercials. To play Shuri…I never imagined something so incredible. I was honored and blessed enough to get this opportunity. I had to audition for it. I submitted an audition recording, and then I got a callback with a couple of notes. Then I found out that I got the part, and I was thrilled!

DeNeal: Great! How does it feel to voice a fan favorite in the motion picture, Black Panther, in an animated series?

Lightfoot: Oh, I’m honored. I am so incredibly honored, and, I think it is a huge responsibility. I want to make sure that I portray a huge character that is embraced by young girls. I think it is incredibly important for a character like Shuri to exist. When I was a little girl, if I had a character like Shuri to look up to, it would’ve changed my perspective on some things. As younger Black women, Black girls, Black women in general, we are all looking for something to get our inspiration, and to keep us pushing. And, I think Shuri showing confidence and stepping into everything with confidence, grace, and, love…she knows exactly who she is and doesn’t question herself; she just steps into royalty. There’s definitely something that this entire generation can take from that, because I think we forget that the world is waiting for you to be exactly who you are. I think for younger Black girls, there are so many different allusions and so many things trying to tell us who we are. At the end of the day, you have to step into everything with purpose, drive, and determination and be everything that you are. And not try to take away from your flaws, because everything that makes you unique, makes you incomparable. 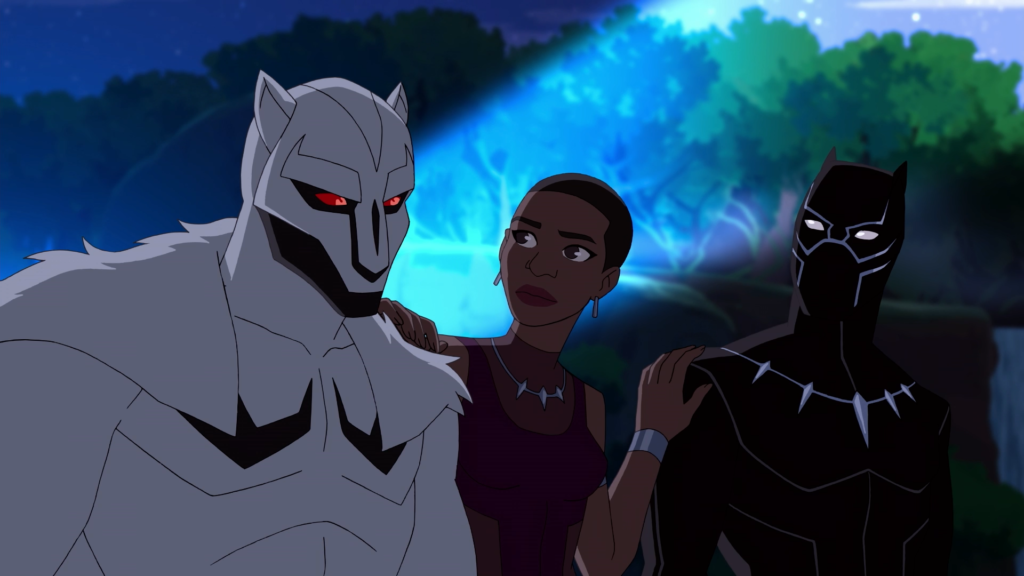 DeNeal: How does it feel to become a part of the Marvel family?

Lightfoot: Oh my goodness, it is so amazing! And, when you say, Marvel family, I don’t think people realize that it is actually a family. Everyone is so supportive and so honest with you, and welcoming. My first day I was very, very nervous, but I think through understanding who my character is, and, as well as support from the cast of Marvel Avengers who were already vested in it, they welcomed me and gave me the advice and the push that I needed to really go into it full force. And not shy away from what I already knew about myself. I mean, I already had the role, but you know how you step into something, sometimes, you get so nervous that you end up questioning yourself? They did such an amazing job at supporting me and reminding me of who I was and that I earned it.

DeNeal: Shuri has an accent. Was this your first time doing an accent?

Lightfoot: I watched some videos on Youtube as far as accents, from Africa or a Caribbean accent, kind of pulling inspiration from them. But mostly, it was all imagination because we started recording before the film came out. We came in with our own accents, then, James (actor James Mathis, III, who plays Black Panther) and I kind of spoke together and made it consistent. Marvel gave me free range to figure out what was best in playing Shuri. I had my ideas from reading the comics, then I saw the film. And I developed Shuri as a mix of those things because you have your comic book universe, animated universe, and cinematic universe. I think gaining inspiration from all the universes is what makes it iconic, pivotal, and, different.

DeNeal: You say you all were recording before the movie came out. When did you actually start recording for the series?

Lightfoot: It was approximately March of last year. It’s over 20 episodes. We have about four hours per recording session and it depends on how much your character appears and whatever else is needed.

DeNeal: Given the choice, would rather be an actress of TV and movies, or, a voiceover actress?

Lightfoot: That’s hard to compare, because, there is magic in both of them. For on-camera acting, there are subtle nuances that are so specific and so important that you couldn’t take away from it. In voice acting, the nuances are that you have to portray an entire universe, someone’s entire experience with your voice and the writers and editors help bring the work to life.

DeNeal: Are you a nerd? What’s the nerdiest thing that you do?

Lightfoot: I am a huge book nerd! You can catch me reading any time!

Lisa D. DeNeal is a freelance writer and published author from Gary, IN.