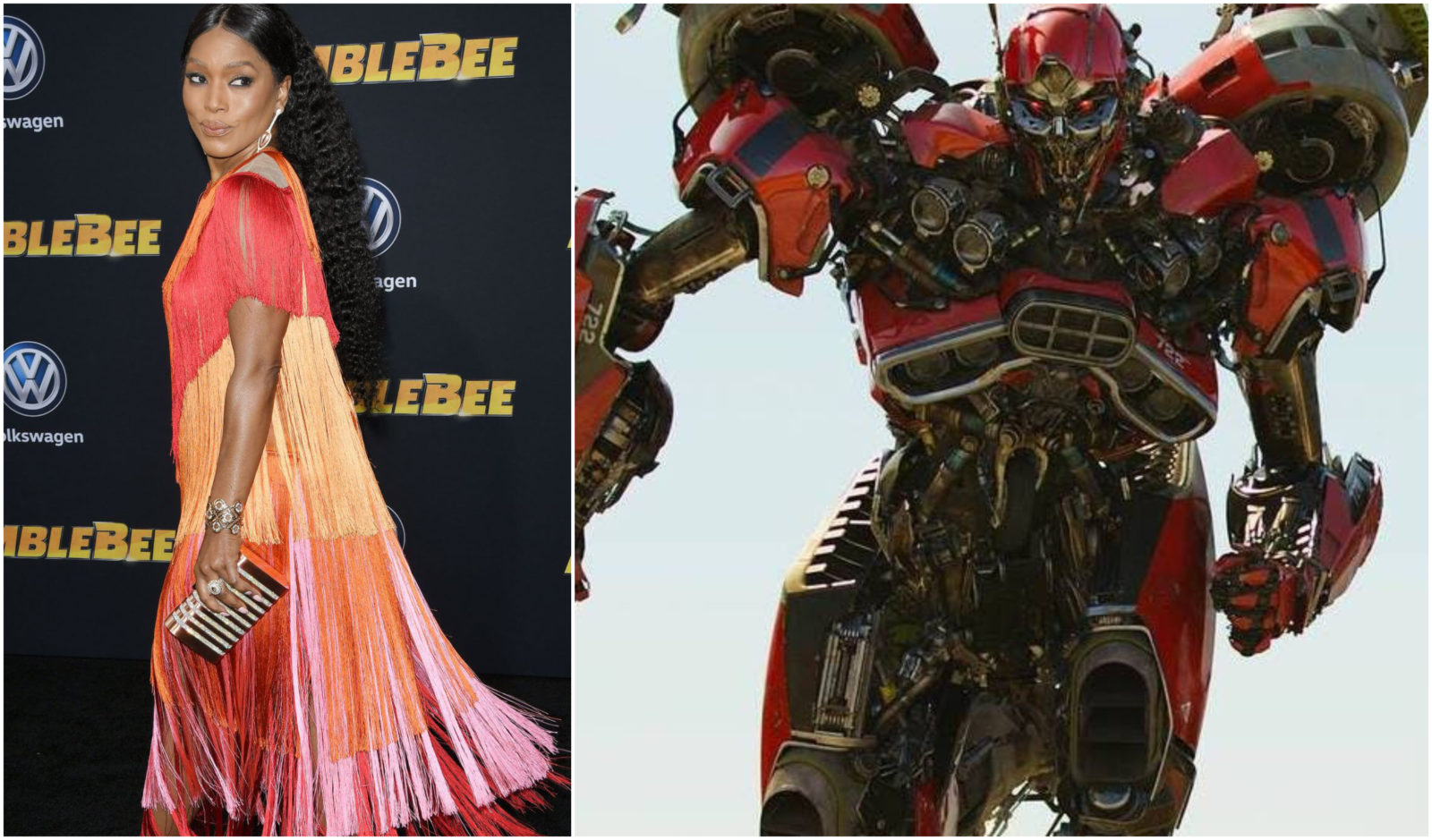 With Paramount Pictures’ Bumblebee, the Transformers saga enters new territory, and so does Angela Bassett. In a departure from her other roles, Bassett plays the villain — and she’s undeniably good at it.

The film’s narrative is emotionally engaging and showcases the power of science and technological advancements as well as the power of bravery and the human spirit. Angela Bassett, who is known for inhabiting the roles that she takes on, is the voice of Shatter. In her role as a high-ranking Decepticon, Bassett continues to shatter barriers and misconceptions about what a Black, veteran actress can accomplish. Her career is a prime example of the unlimited possibilities that can manifest as a result of genuine hard work. The actress has proven that she is willing to take risks and embrace new opportunities.

Most recently, Bassett played in Ryan Coogler’s acclaimed Black Panther and Mission: Impossible – Fallout with Tom Cruise. The Yale School of Drama graduate has continuously shown her range and staying power by tackling roles that showcase and tell stories multidimensionally. As the voice of Shatter, we get the opportunity to see Bassett in a different type of role.

BGN recently had the opportunity to speak with Bassett about her new role in this massive Transformers franchise, how her past experience on stage prepared her to use her voice, and the types of roles she would like to play in the future.

Expect for Expectations to be Exceeded

The veteran actress takes nothing for granted when it comes to her career. She spoke with candor about being a part of a huge franchise such as Paramount’s Transformers. When asked if she’d ever imagined herself in a movie like Bumblebee, Bassett replied “No. Not at all. I can’t say that I ever did imagine it. It just seemed like a world that I wouldn’t find myself in, you know? It’s loud, very action-oriented and loud. Very male testosterone driven! I didn’t think there was a place for me in that universe — not until, I got the call!” Having always had a strong work ethic, solid training, and choosing projects that allow her to stretch as an actor, Bassett has been trailblazing the way for other young women by shattering tropes and unspoken industry norms and casting practices. Her advice to young women in the industry who doubt themselves: “You are so beautiful. You better hurry up and know it!”

Preparation and Opportunity are an Undeniable Combination

Bassett has put in the work and taken on roles that showcase her training and diverse background in the arts. Bassett has had roles in Malcolm X, How Stella Got Her Groove Back, the animated series Bojack Horseman, The Jacksons: An American Story, and more. She’s also narrated the PBS miniseries Africans in America as well as the all-time bestselling audiobook The Bible Experience. When asked about preparation to voice the role of Shatter, Bassett conferred that training is always an asset. “It makes you more mindful of the resonators technically, how to enhance your voice. Technical things like knowing how to register your voice, how to play with the voice. You know what I mean? It helps you to play with sound, how to play with the length of vowels, using firewalls and how those sounds attach to emotions. I’m a big fan of Shakespeare. He was very much into tone, and the tonality of words and the effects of sound. So, it all really helps whether on screen or off-screen doing voice work.”

For Bassett, Playing The Villain Was Rewarding

To have the opportunity, and the talent, to play a range of characters is a gift to most actors. In Bumblebee, Bassett voices a villainous Decepticon on assignment to destroy Bumblebee. Bassett didn’t hold back about how good it felt to be bad: “It was very satisfying, I have to say. A lot of the roles that I have been privy to play have been noble, gracious, kind, warm… although I try to bring a complexity and well-roundedness to the characters in each and every film. But no one is completely that all the time, so to play somebody that is mean, bad, and evil was really a delight. I am looking very forward to doing it again.”

What Type of Role Would Angela Bassett Like To Play Next?

“What comes to mind first is someone who is very innocent and withdrawn. Maybe an intellect or a lover of nature. I’m thinking of that. I tend to lean towards strong and strength, so to lean in the other direction that would be interesting for me, and it would be nice,” said Bassett.

For now, be prepared to see Bassett large and in charge as a no-nonsense fighting machine. Bumblebee premieres nationwide on December 21.