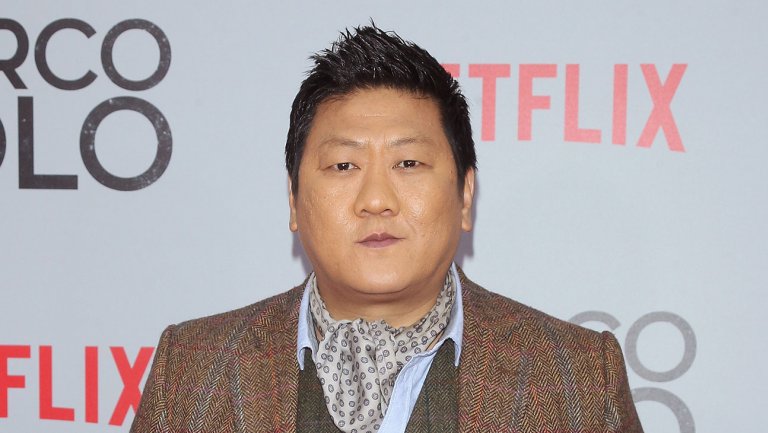 Benedict Wong is a familiar face on the big screen in films including Doctor Strange, Avengers: Infinity War, and Prometheus. He’s also seen in TV shows Marco Polo and Black Mirror. Soon, he’ll be playing Master Lin, the wise headmaster of a school that trains kids to be assassins in Deadly Class on the SYFY channel.

BGN got to sit down with Wong on the Vancouver set of the new forthcoming SYFY show. It was clear that Wong is thrilled to be a part of this project. He spoke to us about his character and what his experience on set has been like.

How familiar were you with the comic books?

I didn’t know anything about this until Joe Russo called us up and said I want you to be in this. And I worked with Joe before and his brother. They did this amazing film called Infinity War. And I thought, why not, they are a very good pedigree.

And then, as soon as I got involved in this sort of graphic novels, it’s something that I feel has kind of got a bit of a muffled voice really. This subculture, it’s never really been done that much really. The music, the period, this academy of assassins. It’s a good component, so I threw myself in.

The character Lin sort of chimes in every now and then through the comic book, but I think what the guys have done, Rick and Miles, have transitioned from graphic novel to a series. We’ve really sort of built this back story now, which we’ll find out, who Lin is and how he is who he is. 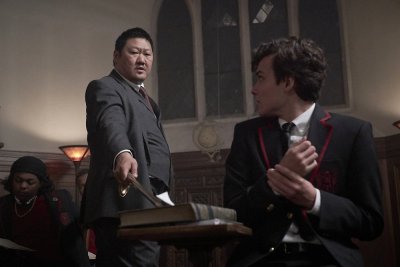 He doesn’t kill them with kindness. Those first 15 minutes that you see, the character Brandy kind of gets a cane straight to the nose and then a break in the nose. And I think that’s what happens with the series. It’s a real jolt. Like that’s the statement of intent there. Do not fuck with this guy! And you know, how is he going to train a whole group of students to be assassins, like he’s not there to molly coddle them in any way. He’s there to get the best of these students for the great cause.

So he’s kind of there, keeping everything on top. He’s bringing in new students. You know, we later find out these students are…they’re not legacy kids. They’re the outsiders, lost souls, brought together but had to band together. They call them the rats. Those that survive remain, those that don’t…yeah, in the bin.

Have you given any guidance over filming? What has the cast been like together?

Well, all of a sudden, I’m the veteran now. So, how the fuck did that happen? But, they’re an amazing bunch. I’m really thrilled to be working with them. Really great ensemble of kids. I mean, I say kids. Whatever, 19, early 20s. But they just bring so much to it. I’m always there for them and they know that if ever they need to come to me. They can pretty much all hold their own anyway, so they’re good to go. But, I’m always there. You know, sort of similar replicated in what we’re playing. I don’t want to kill them but…no, they are great. Massive credit to casting. Really exciting bunch of actors. Very passionate, kind. Really good atmosphere on set.

And everybody, you know we’ve got a feeling that we’ve got something special on our hands. But we know we’ve a lot to do, but just got to keep going. We’ve got the components to make this work. And I think that the crew, who are excellent, know they’re not on something that feels generic. And one that’s fresh and again, as I said, the unheard voice. You’ve got Rick Remender and moving his story from a graphic novel to series and being the backbone of that. You know you’re going to have people who are ex-pink rockers, skaters, and the late 40s, 50s kind of melting and having a tear and showing their kids, all their niece and nephews, and saying, this was my generation. When it hits and resonates with such a tone like that, where he’s using music of that period not just in a nostalgic effect, but more specifically using certain lyrics attached to, that fit scenes you can really see that we’re crafting into something special.

What’s your favorite aspect of the ‘80s era that is being re-lived on set?

I would have been 16, I guess, in that time. I’m just sort of like a fly on a wall in a classroom again. Just hearing the mention of certain things in the ‘80s, certain bands, everything, it feels more reminiscent really. Some reporter said it’s a coming of rage story, which it is. I love that. That coined phrase, this coming of rage story. Wrestling with their own emotions during that period being teens, also being trained to be assassins, is a really interesting melting pot.