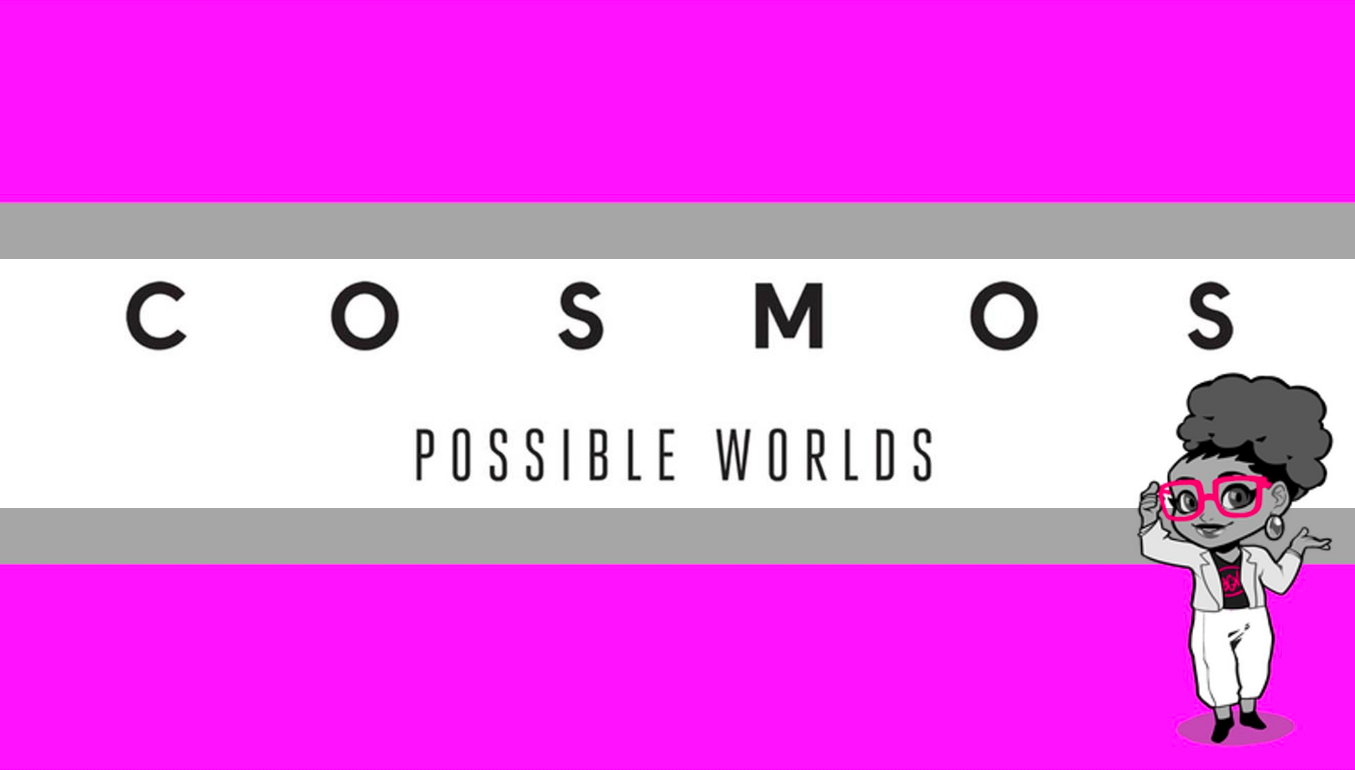 You don’t have to be looking through a telescope the size of the building to look into the night sky or glint as you turn towards the sun and wonder.  Legendary scientist Carl Sagan spent his life advancing the world’s understanding of our universe.  One of his most visible contributions to the everyday understanding of the universe began in 1980 — on the Public Broadcasting System with the 13-part series Cosmos: A Personal Journey.  After his passing, his wife and co-author Ann Druyan, wrote and produced the sequel Cosmos: A Spacetime Odyssey — featuring astrophysicist Neil deGrasse Tyson.  Continuing the partnership Druyan created along with producer Brannon Braga of Star Trek fame, the team is embarking on another season of Cosmos.  At the New York Comic Con, BGN had the opportunity to gain some insights into the next season and how the science in their current endeavor informs their lives or vice versa. 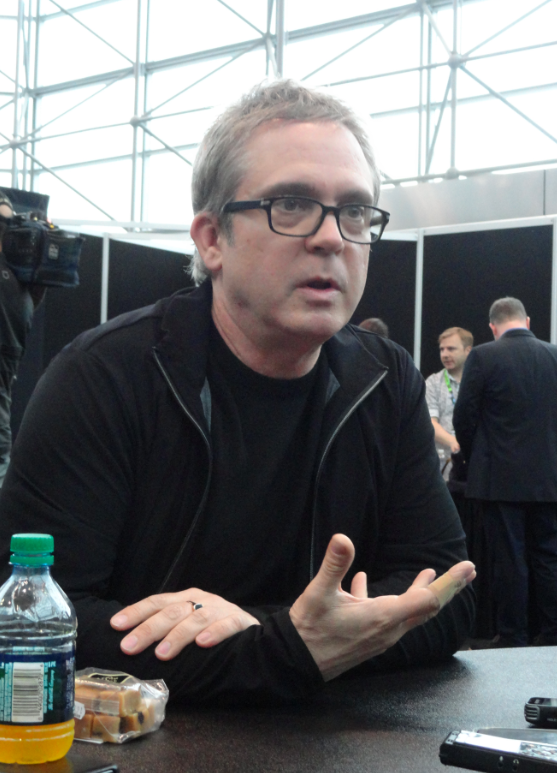 Executive producer Brannon Braga was asked about what was in store for this season and some of the challenges filming the show.

“Well, it’s always a challenge when Anne and I sat down and said, ‘What’s this going to be this time?’ She already had some great ideas about the “Possible Worlds” theme. We sat down, I think it was three years ago this January, with a bunch of scientists at Cornell University in different fields, from climate science to astronomy and many other fields and just started brainstorming. The most challenging part was writing the show. Particularly the quantum physics episode, which will be episode nine this season, was like falling down a rabbit hole. Hopefully, the audience will fall down the rabbit hole with us. 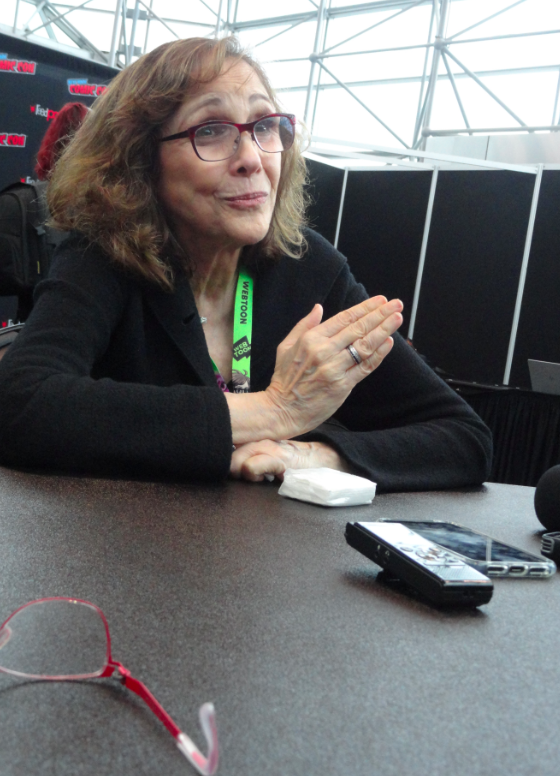 Ann Dryuan was asked about why the show was brought back for a third season.  Druyan provided:

“I think it’s mostly due to the fact that Carl Sagan was probably one of the greatest spiritual teachers of the last many centuries. He saw so far and I think that’s why the original series and Carl’s vision is still so beloved. We’re living in a very dark time. We’re all feeling a sense of a shadow across our future and the fact that we are led by people who have no concept of what’s at stake and what matters. There’s Carl in Cosmos in the late 1970s, 1980s, and beyond seeing what we have to do to wake up, to get our act together. Our latest show, the newest Cosmos is about many different kinds of possible worlds. Brannon and I tried to find every single conceivable meaning. Lost civilizations of Africa, the world inside a dog’s brain, and more. All of these different possible worlds besides the obvious interpretation of exoplanets and moons of other stars and planets. The one that means the most to me, and I think the most urgent, is the possible world we could still have on earth. It’s not too late. I think a lot of us operate in this kind of fatalist, hopeless mode. ‘It’s too bleak. What are we gonna do about it? We can’t do anything about it.’ This impending sense of doom. One of the things that makes Cosmos so meaningful and why we do it is to awaken people to what can still be done and how much cooler than anything we’ve experienced that future could be.”

This season, Cosmos is going in all directions and it’s obvious that Druyan’s outlook on science comes from a very personal place.  BGN asked her about how she seems to talk about science and facts in sort of a spiritual, religious context. So we asked her could she talk a little bit more about how she sees science as it relates to religion.  Druyan added:

“That’s a great question. For me, you know, science is my religion. Not because I feel it ever delivers ultimate truth or absolute truth, but because to me it’s the highest form of humility. Isn’t that what religion really strives for? Is to have this voice whispering in your head, ‘I might be wrong. I’ve been wrong so many times before. Maybe this isn’t right.” If someone comes along and proves it’s wrong, then let’s embrace them. Because we love nature, and the universe as it really is. What kind of love relationship can you have with someone if it’s about a fantasy of who they are? It can only be great and true when it gets real. I love science because it forces us to be real. It has an error correcting mechanism at its heart. That’s why conventional religion doesn’t really satisfy me. Most of all it’s usually presenting a vision of nature that’s borrowed from a long time ago before we even began to begin to understand how nature works. I have this feeling that people are so fascinated by the supernatural. I don’t think there is anything that’s supernatural. I think it should be called subnatural. I think nature is the highest and the most splendid and magnificent reality that we have. When we start, one of the stories we tell in the new series is about Spinoza. Spinoza said one of my most favorite and most stirring things. He said, ‘Don’t look for God in miracles. Miracles are violations of the laws of nature. God is best apprehended in the laws of nature. Not in the breaking of those laws.’ That’s my religious view. If there was a more effective way of demystifying how nature works I would be all for that.”

Our discussion with Neil deGrasse Tyson can be found in part 2 of our coverage.  Season 3 of Cosmos is scheduled to air in the Spring of 2019.