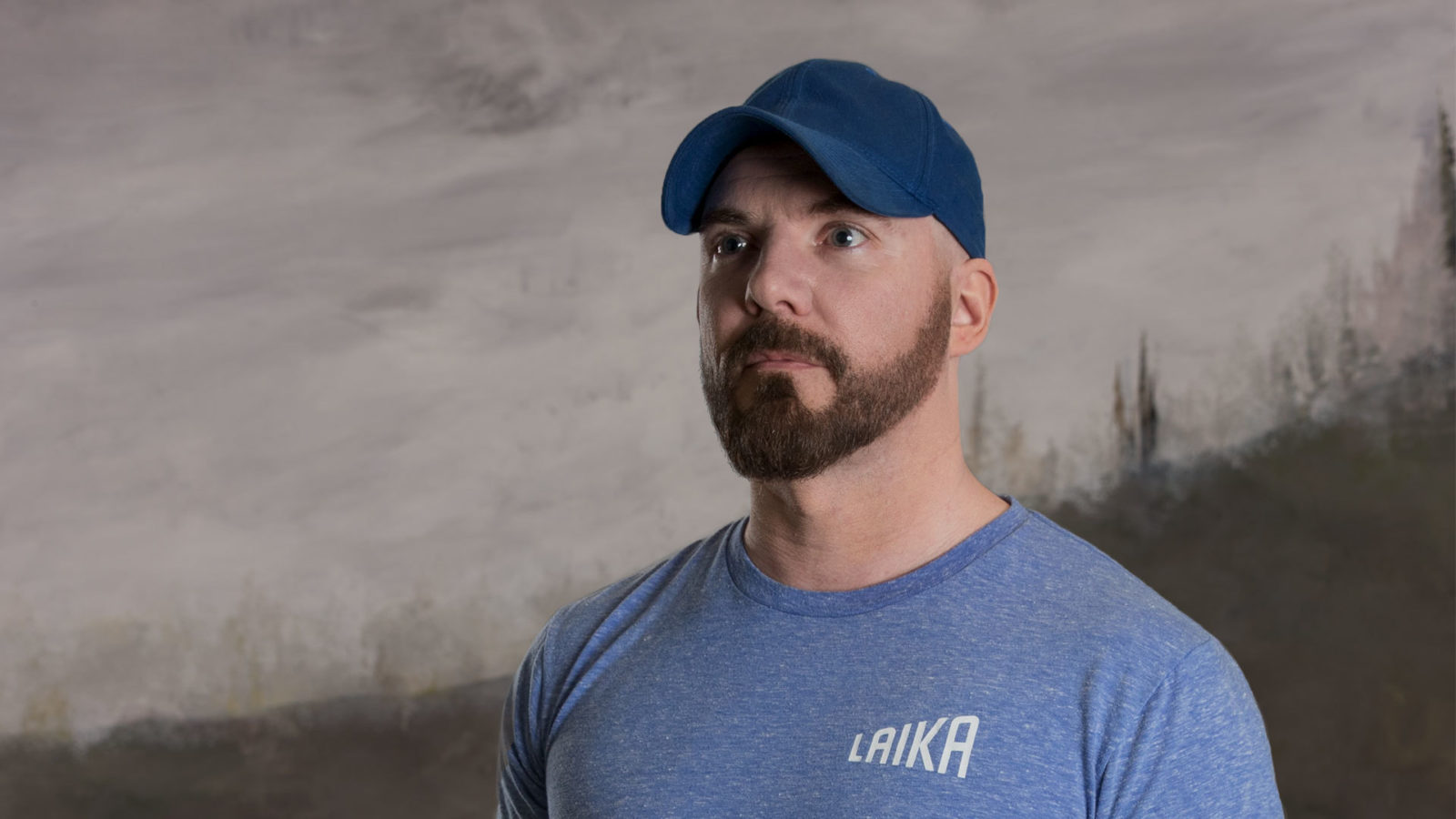 Chris Butler is a storyboard artist and writer/director most notably known for this work in films such as Kubo and the Two Strings, ParaNorman and next year his latest project is LAIKA’s Missing Link.  Starring Zack Galifianakis as Mr. Link. He recruits explorer Sir Lionel Frost to help find his long-lost relatives in the fabled valley of Shangri-La. Along with adventurer Adelina Fortnight, this trio of explorers travels the world to help their new friend. And Zoe Saldana is Adelina Fortnight an explorer who possesses the only known map to the group’s secret destination.

The unlikely trio embarks on a riotous rollercoaster ride of a journey.

I had the pleasure of speaking with the film’s director, Chris Butler about his work in stop-motion animation and what sets Missing Link apart from most films we’ve seen of this caliber. He provides some great perspective and encountered a moment of serendipity when he drew the concept art for Hugh Jackman’s character Sir Lionel Frost.

Can you briefly tell us what the animated film Missing Link is all about?

Well, it’s about the missing link who is, well he’s the most legendary creature in the world. He’s a Sasquatch. He lives alone in the Pacific Northwest of America and he’s lonely. So he enlists the help of the world’s greatest investigator of monsters, Sir Lionel Frost, to help him travel around the world to find his long-lost family.

I see that your wheelhouse is mostly stop-motion animation and we’ve seen that in films like ParaNorman and Coraline. What is it about this type of animation that you’re drawn to? Pun intended.

I actually started out in 2-D animation. As a kid, I used to write and I loved to draw. And the first time that I worked on stop-motion I was just blown away by the fact that you could see the things that you were creating.

I used to do storyboards and if I was lacking inspiration, I could go down and wander onto a set and look around and you can see this fictional place like realized, in real life all around you. There’s something magical about stop motion. It’s almost like, bringing inanimate objects to life. And there’s something really amazing about a real light on real objects.

I always think it’s funny that CGI is something every year they are investing millions and millions of dollars trying to get the look of reality. And we did it for free.

When we’re seeing these stop animation films, and this film, in particular, Missing Link; is there any CGI that’s integrated into this? Or is it all just practical effects?

Oh no, there’s an awful lot of digital work. And I think that’s something that here at the studio we’re really good at because we have our own effects department. And each movie gets bigger and more ambitious. So you really do need technology to help expand that pallet.

I think, certainly from my point of view, I’m not much concerned about being a purist. What I want the audience to see is the best version of a frame. The best version of a scene. And so that probably means that what you’re seeing in front of you is a combination of stop-motion and CGI and there are all kinds of other stuff in there as well. I’m willing to do whatever to get the best looking frame on the screen.

And especially with a project like this that is so expansive. We’re traveling all around the world so there’s an awful lot of shots that if they were truly practical, they’d be almost impossible to create.

A number of animated films draw their characters to look like the actors playing them and some of them don’t. What was your process in the concept design of these characters?

I like to try something new. I like to really challenge myself when it comes to character design. So when I first started writing this story, years…I mean a long time ago. Probably 15 years ago or something. I was making little sketches and doodles in my notebook. But the intention was always to kind of move away from there and find someone else to draw the characters. I work with a lot of excellent artists but the interesting thing was, there were a couple of sketches that I did right at the beginning that people kept going back to. In the end, that’s where we went and it became more of the look that I originally came up with so long ago.

And interestingly enough, some of the original sketches I did of Sir Lionel Frost I based on Hugh Jackman. Not knowing that I would ever get him to do the voice.

Yeah. But we did! We got him and, so that was fortuitous.

That’s amazing. Speaking of Hugh Jackman, you’ve got some super talented actors in this film. Did they add any of their own lines? Or add any sort of creative insight to their characters?

Yeah, I think, when you’re working with actors who are as good as our cast, they’re always going to bring so much more than what’s on the page. Certainly with Mr. Link. When Zach Galifianakis first came in and started reading, he changed that character pretty much straight away. Because there was just something very innocent and nuanced about his performance that I don’t think was quite there from the beginning.

Just really, playfully innocent and I think the good thing is because I’m the writer as well as the director — I’m working with the actors and I see how they’re performing. I can rewrite the lines. I can go away that night and change out words and rewrite stuff because I know how it’s playing. Which is really helpful.

I think Hugh brought such a charm to Sir Lionel. And I think his English accent is better than mine, which is annoying.

You can see it in them when they come in. They want to understand this character so they bring it to life far better than I could just on the page. 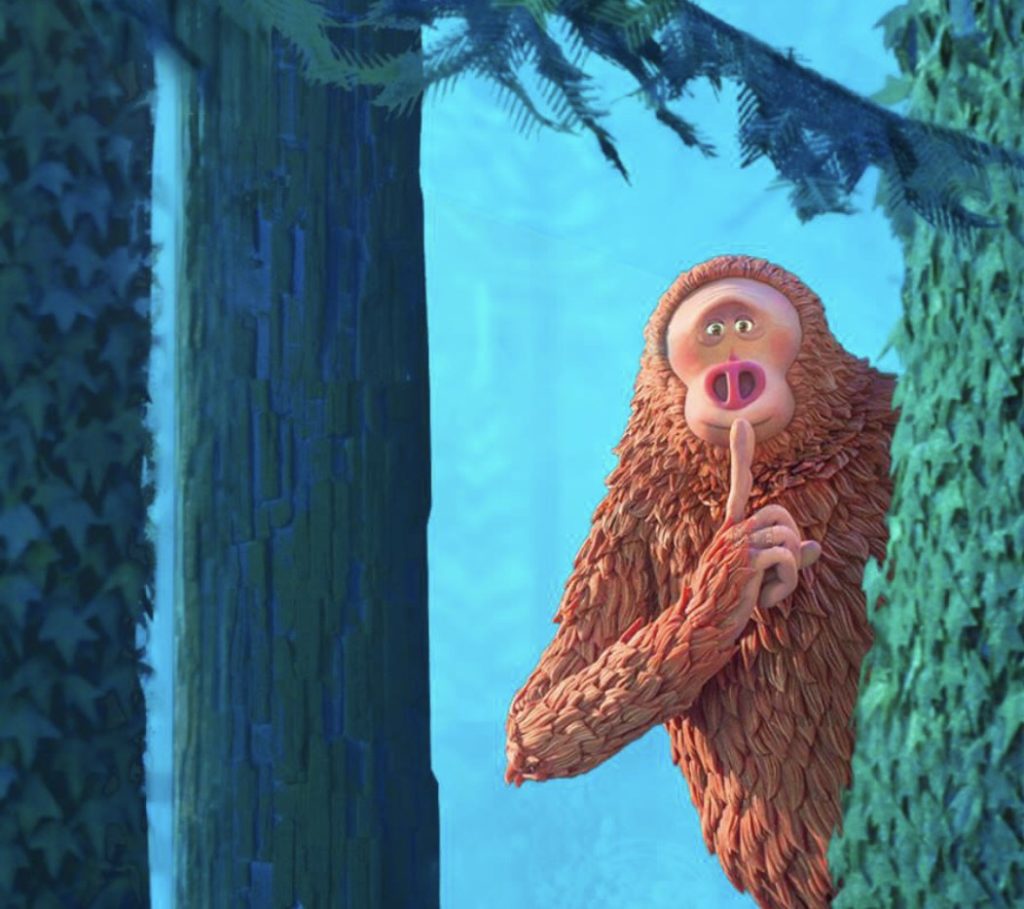 One of my favorite “Missing Link” type films is Harry and the Hendersons. I don’t know if you ever remember that movie?

Were you inspired by any films while working on this project?

Yes. Definitely. And I think Harry and the Hendersons was definitely one. And I looked at that again when we were making this movie because I think the prosthetic on that movie were astonishing. And he’s just a very lovable character and that’s really what I wanted with my Missing Link as well.

I wanted him to be lovable. You just want to reach into the screen and hug him. But I think there’s also a reach tradition of ape-men, if you like, in stop-motion. Going all the way back to King Kong and Mighty Joe Young. It just seemed like a perfect medium to tell this story about the Missing Link.

Basically, it’s everything I loved as a kid. It’s got these Harry Housenesque creatures, but it’s also very much inspired by like an Indian Jones movie.

I absolutely adored that stuff when I was a kid. And I wanted to make a big, bold, colorful, adventure with these characters traveling around the world, searching out myths. So it was definitely a little bit of Indiana Jones. A little bit of Sherlock Holmes. And then a whole bunch of monsters thrown in as well.

What makes Missing Link different from most animated films that we’ve seen?

It’s a big, bold adventure story. The beating heart of it is the story of this character, Mr. Link, who’s on this quest to find his long-lost family. I think it’s definitely the most comedic movie that we’ve ever made at the studio.

I wanted to make something that was big, bold and vibrant.

The trailer was released today: