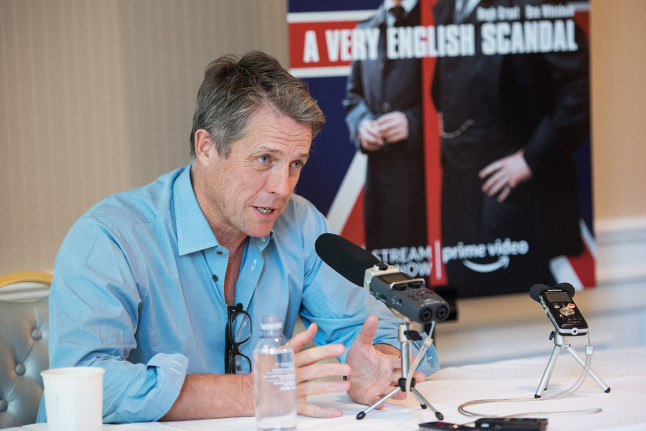 No one can laugh at Hugh Grant more than Hugh Grant. The actor has long been known for his self-deprecating humor. That humor is shown in his many movies — from Notting Hill to the Bridget Jones movie series, Florence Foster Jenkins and that dance in Love Actually.

However, recently Grant’s been changing his game and acting in more character roles. This month’s Amazon Prime miniseries import, A Very English Scandal is an example. “Scandal” is based on the gossipy true story of a 1970s-era British Member of Parliament (MP), Jeremy Thorpe, a closeted gay man who allegedly tried to kill his former male lover (Ben Whishaw). Grant’s performance has received praise from critics in both the US and the UK.

BGN was on hand recently when Grant gave his take on A Very English Scandal, his movie roles, and more. 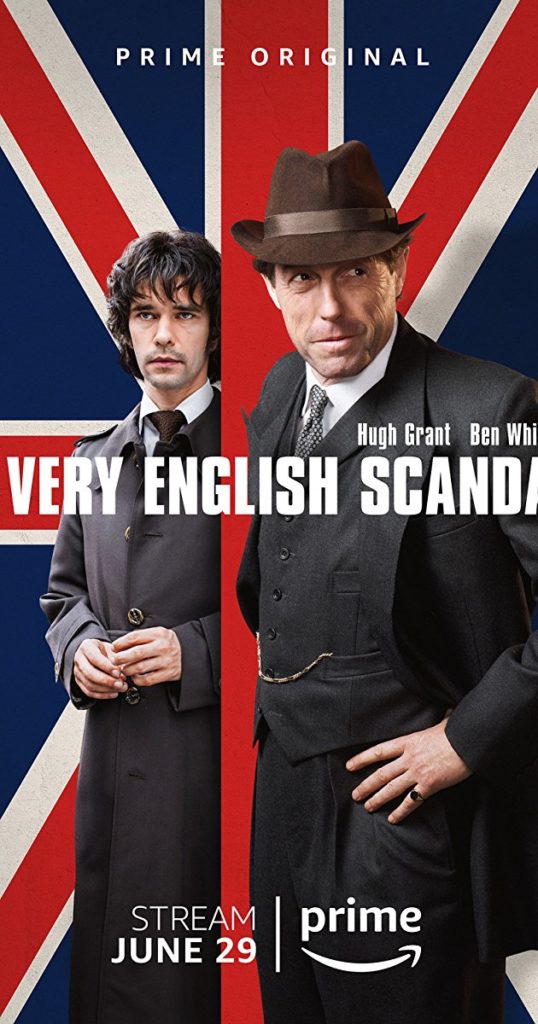 “Well the whole fun of him for me was that he was both things. He was in many ways appalling, a terrible narcissist who would do almost anything for his career — ruthless.  To order a murder is a pretty big thing. That’s pretty sociopathic. So, in many ways, he was a monster. But, by researching him, reading books, watching video, talking to a lot of his friends and ex-colleagues, I realized there was deep tragedy there as well.

The tragedy: one of being a gay man at that time and being really unable to express your love in its natural form. And. I also think that his narcissism was so extreme that that’s a kind of tragedy as well. You can’t really engage with other people if you’re so obsessed with yourself. Then, he had put an entire lifetime’s passion into building up his career and building up the liberal party.

And then, just to have this one man be about to bring all that down just because he’s got issues—that’s a sort of Shakespearean tragedy too. So, I definitely had sympathy for Thorpe even though, yes, on paper he is a monster.”

I haven’t quite managed to kill him yet, but I will. I will.  It is bizarre that we keep working together and that I always seem to want to kill him or something. But, I’m lucky. He’s incredibly good. He’s the sort of great genius actor of his generation in our country and keeps me up to the mark. I remember when I was preparing for this … And I thought, I wonder if I can do an imitation of him [Thorpe]. I thought it has to be more of an imitation because I’m up against Ben Whishaw and he’s going to do proper acting, with three dimensions and emotion.

On His Romantic Comedies

Well, I don’t want to look a gift horse in the mouth in the sense of [turning] down a romantic comedy because I’m proud of them and they are very popular, and they are popular to this day. If I get home from the pub and switch on the TV, there I am, chatting up some girl and I’m sort of grateful to them. But I’m also very pleased to be through them, I have to say.

I don’t know, depends on the story. They had a version of Bridget 3 which had Daniel Cleaver a lot, but I could never make him work in that story. It was such a good set up—Bridget gets pregnant with two men. She’s not sure which it is, that’s brilliant. It was always great for ten pages. But then I just didn’t know how Daniel Cleaver would react to that. I thought he would have run away from the situation.

So, you’re sort of not in the film. And then they invented a version where he sort of stuck around and changed completely and was really into having a baby. I thought that’s just not him. And in the end, we gave up and they wrote a completely different version … which worked rather well I thought.”

But he would do a Romantic Comedy … With Penelope Cruz

“We have a chat while our children kill each other. She’s lovely. Yeah, I’d be absolutely delighted to do anything with her.” 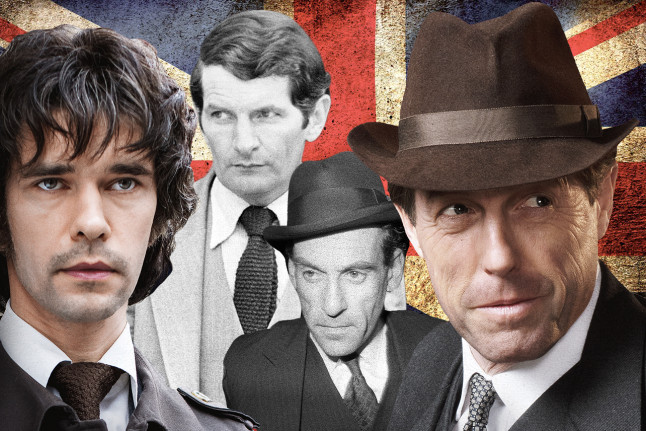 … I mean there was the horror obviously of having to do that dance scene, which I always suspected could have been the most excruciating scene ever committed to celluloid. There are lots of people who think it is, to this day…well some people love it. But it’s just not easy for an Englishman in his 40s, to at 7 o’clock in the morning, stone-cold sober [when] someone says, “ok Hugh, if you’d just like to freak out now.”

That’s tricky. It was a very difficult scene to do, but I don’t know why it’s still so popular. I didn’t realize it was here, I knew it was in England. Everyone watches it at Christmas. But, I didn’t know that was the case here. That’s very nice.”

“Well there are some that I can look more squarely in the face than others. This one for sure I’m really proud of. In fact, the last three I’m very proud of: Paddington 2. I think it’s kind of weird for a film [to be called] called Paddington 2 but I do think it’s a masterpiece, that film. The film with Meryl, Florence Foster Jenkins and before that I think About a Boy is a film that was good. Yeah.”

On His Kids Following in Dad’s Footsteps

It hasn’t crossed my mind but thankfully I’ve been to see them in their school plays and they’re all utterly talentless. So, I don’t think the problem will arrive, thank God.

You can catch Hugh Grant in A Very English Scandal, streaming now on Amazon Prime Video.