Joe Morton is one of the most well-known actors in Hollywood. Known for his dramatic portrayals of various iconic roles both on the big and small screen. This year Joe can be seen in one of the most highly anticipated movies of the year, playing Dr. Silas Stone in DC’s Justice League.

BGN – Joe what can you tell us about your character Dr. Silas Stone in Justice League?

Joe Morton – Silas Stone is a scientist who finds himself in a situation where his wife and son get into a horrendous accident, he loses his wife and then desperately finds a way to put his son back together again. Which ultimately leads to a kind of conflict between father and son, because Victor doesn’t like the way he’s been put back together. Victor does not have an alias the way the other superheroes have in this movie, he is what he is all of the time. So in some ways, the metaphor of his character is about someone who is the other, that must be looked at as the other. 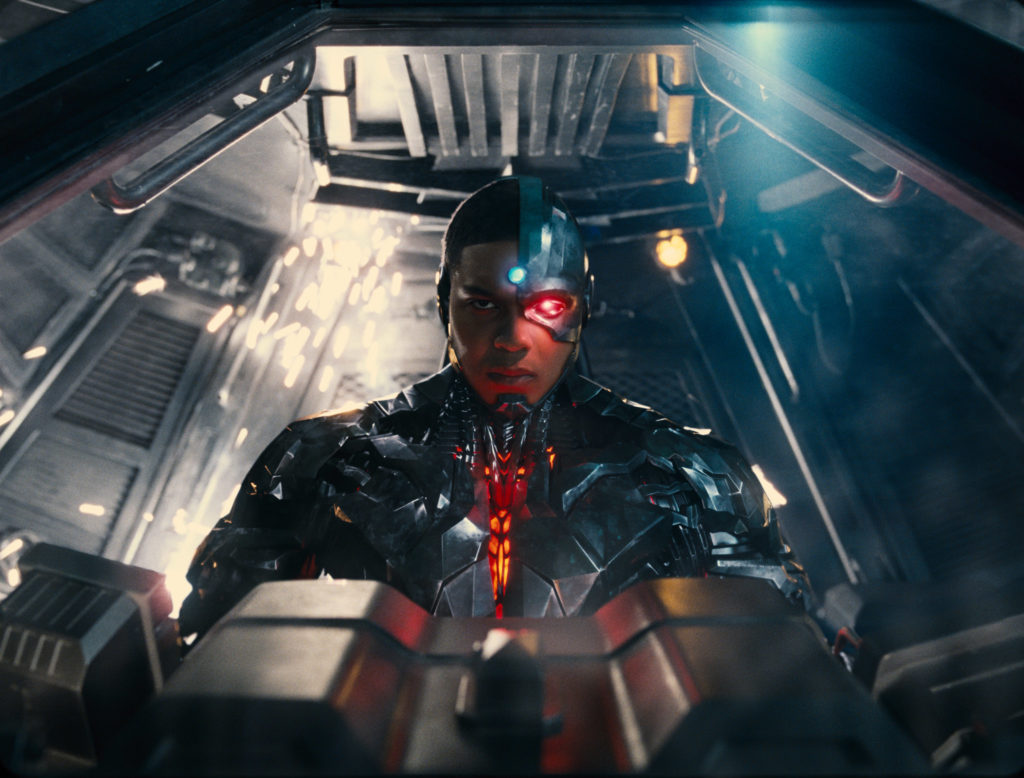 BGN – I guess it is difficult for his character (Victor) and for Silas, because he’s not even half human, just his face is the only thing discernibly human about him.

JM – Right, and the fact that he’s being played by an African American actor sort of makes that metaphor resonate even more, that here is someone who must be looked at as the other, someone who can be mistaken for the monster when in fact it’s just the opposite.

BGN – As you said his (Silas’s) relationship with Victor is strained, do you think that when Silas was repairing Victor, he considered the emotional fallout from that?

JM – No, I don’t think he did. I think probably he was thinking only of saving his son’s life, only of bringing him back to life, and I think only as an afterthought did it occur to him that this might be difficult for his son. In situations like that sometimes you just think about “What can I do to save this person?”, not so much what will they think about it afterward. The extreme would be someone who tried to commit suicide and then you’ve saved their life, and they’re angry because that’s not what they wanted. In this case, yes, Victor wanted to stay alive, but probably not the way Silas put him back together again. But eventually, I think Cyborg begins to understand what powers he has, and what good he can accomplish.

BGN – As a father how did you connect to Silas in that way?

JM – Well I have a son and if I had the kind of education that Silas has and my son was in terrible jeopardy in terms of losing his life, what would I do, I would probably do something very much like what Silas did. Once discovering there is a problem, I would try to repair the relationship between myself and my son, which is what Silas does. He tries to figure out a way to talk to his son, to get him to understand what the situation is, and you know it’s not an easy thing. 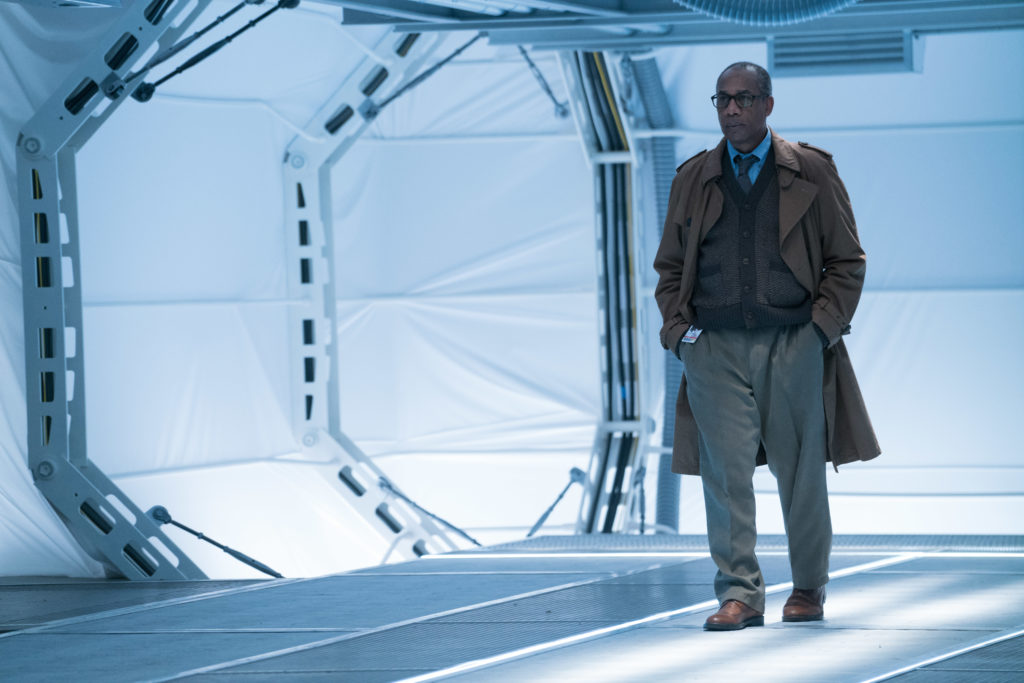 BGN – Without revealing too much of the plot, is there a way Silas plays a bigger part in the story of Justice League as a whole, apart from his relationship with Cyborg?

JM – Without as you say giving too much away, because of what Victor becomes, once he becomes Cyborg, due to some other factors his father becomes very much involved in what else is going on. Not to the extent of the superheroes, but certainly due to the extent that he is of some help.

BGN – I found it very interesting that this is your fourth time playing a scientist, especially one who seems to specialize in robotics in a way, because everyone knows you played Myles Dyson in Terminator 2, and you were also a scientist in Eureka. But I didn’t know you were in Smallville also, which was another DC property and you played a scientist in that as well. Was it familiar to you coming back to a role where science was a big part of it?

JM – I started making jokes that apparently my reputation as an actor slash scientist is one who puts people back together in some way, which is exactly what I did as Myles Dyson and now as Silas Stone. It’s fun, this kind of material is escapism, it’s lots of explosions, lots of adventure. In this movie there are monsters of all kinds, it’s a departure from the real world, which I think is important at times, especially when the real world is as depressing as it is these days.

BGN – Was there any particular field of science that you researched or became familiar with to prepare for the role of Silas?

JM – Not this role, no. For Terminator 2 James put me in touch with people who were involved with studying artificial intelligence, with this role it’s not as dramatic as all of that. In this movie, you won’t see the actual putting back together of Victor Stone. You get a hint of it in Batman v. Superman. You see a little more of that aspect of things in this film, but finally, I think the bigger moment will happen in 2020 when Cyborg has a film of his own.

BGN – With regards to how we have been moving forward not only in film but in television as well, I just love the way things are progressing. For me as a Black woman it’s very touching for me to see how things are changing from when I was growing up, seeing Black people reflected one way in media, but now that I’m grown I can see the changes happening in my lifetime. As someone who has always loved superhero movies, I’m very happy to see roles like yours and Cyborg being included in these major franchises.

JM – I think the interesting thing is that years and years ago, all of these things were taken for granted. If they were superheroes, we took it for granted that they were going to be white, because there was no real conversation about what Black people were doing either in other countries like on the continent of Africa, in the West Indies or even in America, especially in America. And what’s happened is that over time, given the civil rights movement, given Black Lives Matter, given all kinds of things that have gone on over the last many decades, suddenly we are part of the conversation.

I think that is why we are also now part of the fabric of imagination if you will, the fabric of storytelling. I can’t think of any one major novel where [in] let’s say the 40s or 50s, where Black people were not present in that novel in some way, it was just how we were talked about in them.

We were always essential to being part of that story. In the play I’m doing about Dick Gregory, in one part I talk about Mark Twain and how Mark Twain was the first person to put the word n***r in print, and that was because of “n***r Jim”, who was a person. He was a man with a name so that white folks had to read about a Black man with a name. And that was monumental in terms of storytelling and I think from that perspective till today, that’s actually what’s going on. So instead of just being some nameless Black person, now we actually move forward and it’s beyond just the one, its beyond just a Sidney Poitier or a Denzel Washington. We’ve moved beyond that to a place where we now show up in lots of different places. Are we satisfied with what we have now, probably not, but have things progressed as you said, yes they have. 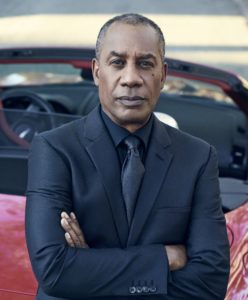 BGN – Seeing as the website I write for is Black Girl Nerds, there is a question I like to ask my interviewees sometimes; is there anything that you nerd out over, for instance was there a particular comic that you enjoyed growing up, or was there something else you geeked out over?

JM – When I was a kid, my father was in the service. He was in the army and his job was to basically integrate the armed forces overseas, which meant we were probably one of only two Black families on the military installation in which he was posted, so comic books were way out of my realm. I was not one of those kids who read Superman or Batman, or any of those kinds of things.

I may have seen the Batman series on television as I got older, but again that would seem like a comedy. It didn’t seem like anything real to me. I think for me once I got to high school, the things that intrigued me the most were books like Invisible Man by Ralph Ellison, those were the things that I found talked to me of the life I had been living and wanted to live, so comics were never really a big part of my life.