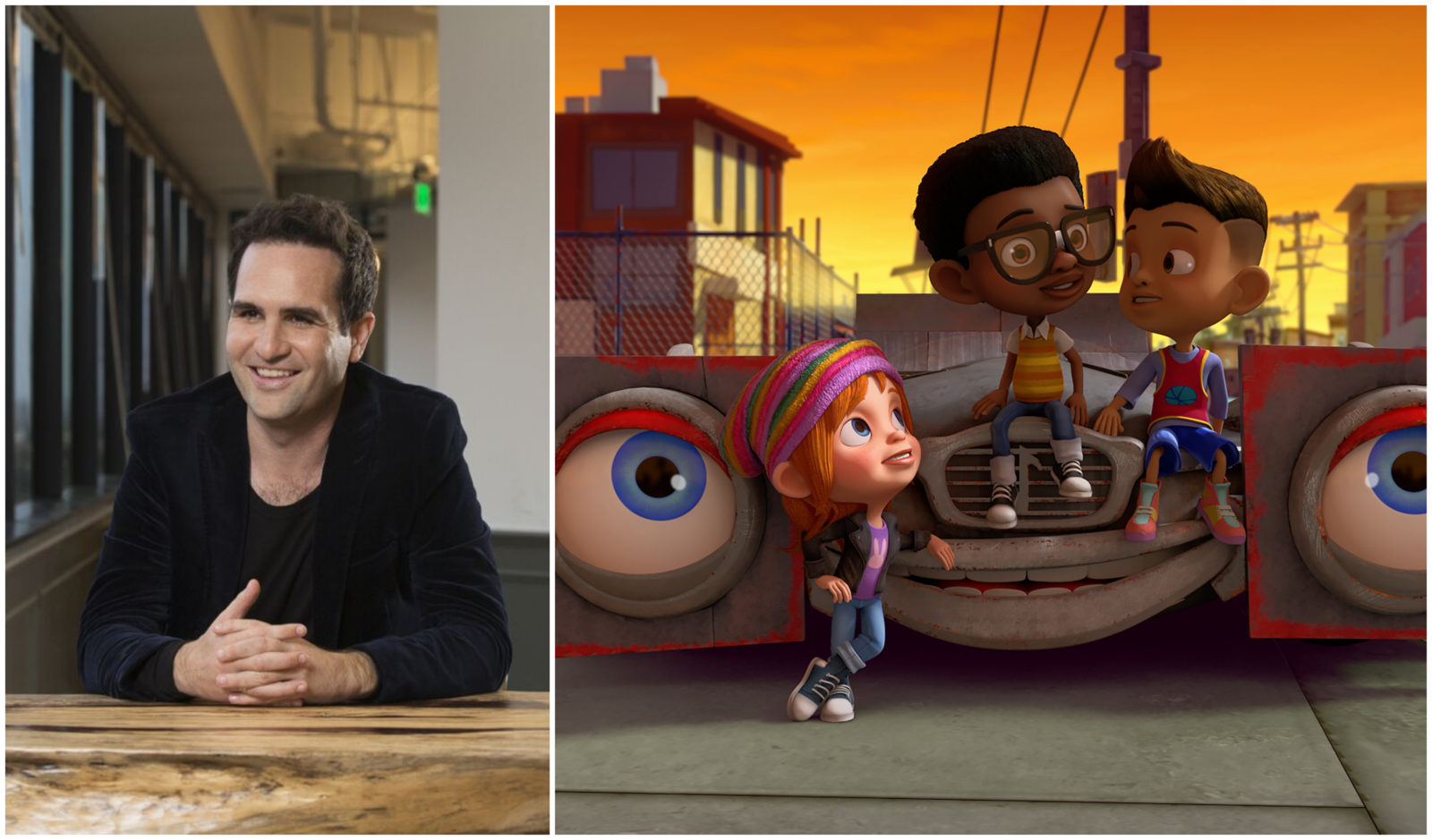 New animated kids’ Netflix series Motown Magic effortlessly showcases the music of Motown while teaching the next generation. The Motown Sound, a culturally rich style of soul music, is credited with influencing music around the world. Josh Wakely (creator of the Emmy-winning Beat Bugs series) acquired the rights to the Motown music catalog to create the series. Episodes combine music history, arts education, and animation in a way that’s appealing to early learners and nostalgic for adults. This song-filled animated series is not just for kids — there’s something for the whole family.

The series features 25 well-crafted episodes that follow Ben, an unassuming artist who learns that magic happens when you believe. Each episode is inspired by a Motown classic, including new versions of songs made famous by Marvin Gaye, the Jackson 5, and more.

BGN recently had the opportunity to chat with Josh Wakely about receiving the blessing of the Motown elders like Smokey Robinson and Stevie Wonder, the powerful impact of the arts within communities, and how the music of the Motown era has influenced his career and love for music.

Motown Magic creatively combines music history, art, and culture while sharing a rich legacy intergenerationally. What was the inspiration for Motown Magic?

Initially, the music which has been a big part of my life since I was a kid, and then becoming increasingly aware of its cultural importance. The theme of the show is that creativity is magic. Creativity has transformative power. Stevie Wonder came from the back streets of Detroit, yet he transformed his community. I wanted people and cultures around the world to be inspired to find creativity in their own lives. 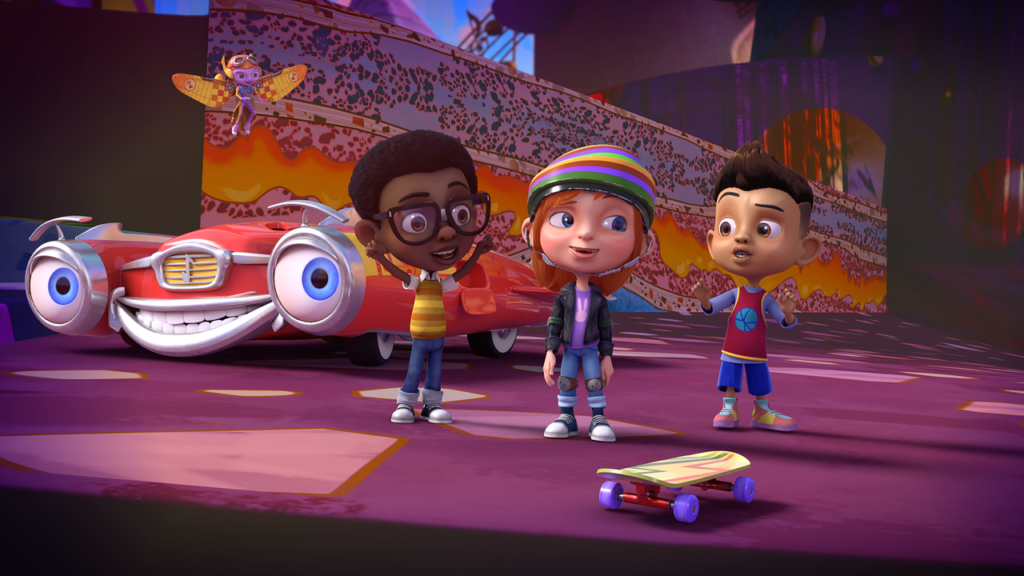 Smokey Robinson is an executive producer on the Netflix series. How important was it for you to maintain the authenticity of the Motown legacy when preparing to bring Motown Magic to the screen?

It’s hugely important. I had secured the Motown catalog, but I made it clear to Netflix that I would not do the show unless I had the blessing of one of the Motown elders. I went to Smokey Robinson first. I wouldn’t do it unless I had his blessing. I set up some early animation, had my writing team produce some scripts… it was sort of an expensive way to kind of prove the content of it all. He sat down and read it all and looked at the art and listened to the music, and he turned to me and very emphatically said, “You have my blessing.” And he became very involved in the series, and it has been one of the greatest blessings of my career.

Ben uses a magical paintbrush to bring dull and mundane street art to life. Can you speak further about this metaphor?

I’m always very careful as a creator not to articulate what things should be because I want it to be whatever it needs to be for the audience. There’s obviously a metaphor about bringing your community and your life alive through art and creativity. And I think that metaphor can be deepened depending on what age you are as a viewer.

Your creative team cleverly infuses art, history and technology for early learners. Did your team consult with any educators when developing written content?

It’s definitely something that we are really hoping for as it pertains to art and education curriculum in the classroom. I worked with a child psychologist on every script. I am working with some of the greatest writers of children’s material in the world. The vast majority of my writers were African American. We think about the objective. It shouldn’t be patronizing, but everyone should walk away with kind of feeling wildly entertained and deeply educated. That’s the goal of each episode. 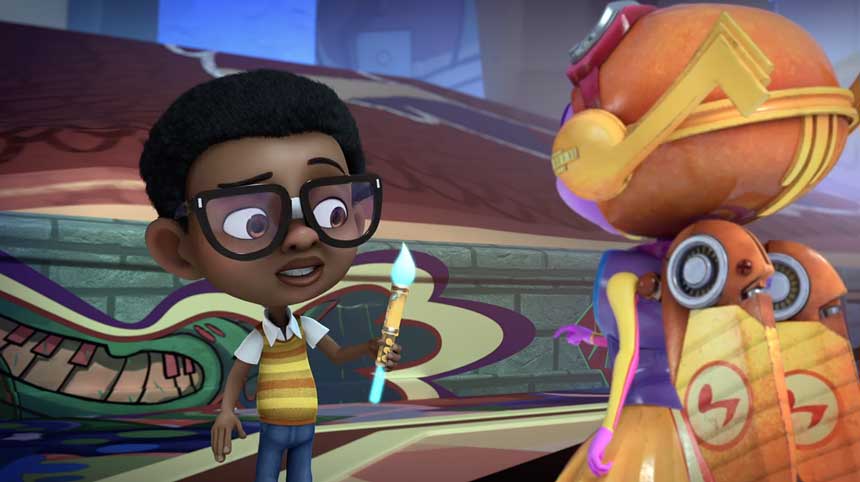 Ben comes from a family of creatives who are all very unique. In your opinion, how important is it for parents and educators to nurture the creative gifts of their children and students early on?

I think that it is deeply important. I think that for early learners, it’s the most important time in their life to have children’s content and stories to illuminate and inspire the parts of the culture that may not necessarily be highlighted elsewhere. It’s important to provide a platform for them to learn more about their culture, music and community early on.

It’s been said that music is universal and connects all of mankind regardless of cultural background and ethnicity. In your opinion, why is it important for people of all backgrounds to get exposure to this genre of music?

I think with this music there has never been a catalog that’s been better at both having positive and uplifting messages, that has been connected to the entire world. Honestly, I worked with the Beatles catalog, and that’s pretty close, but every song of the Motown era has a very deep social message and equally each song is engaging. And that’s very rare. There’s such vital social messages, and that combination makes for an electric combination and impact. That’s why we want to make sure that children can hear it.

Motown Magic beautifully showcases the music of the Motown era. A magic paint brush coupled with the fantastical imagination of a group of 8-years-olds is a winning combination. The creative use of colors throughout the animated scenes brighten up dull city landscapes, providing a beautiful metaphor for how the power of creativity and art can transform communities.

Motown Magic is currently airing on Netflix. Check out the official trailer below: