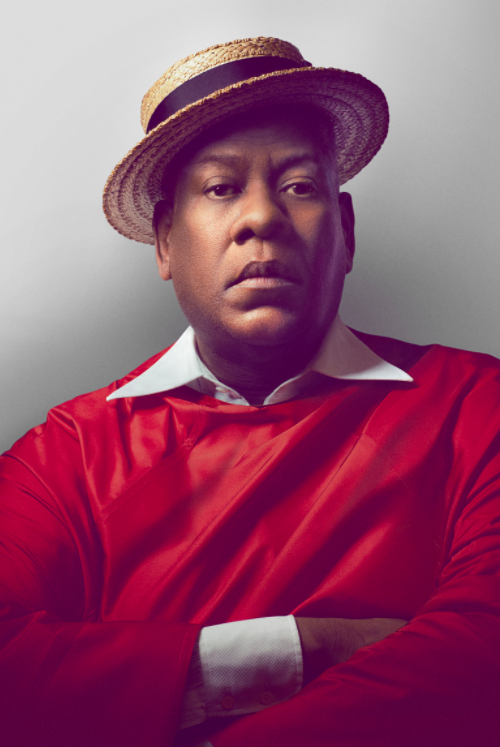 André Leon Talley is a modern day icon in the world of fashion and for the first time, we get an in-depth look at his life as a budding artist, auteur, and master of all things fashion.  He broke and dismantled boundaries and did it with an impeccable sense of style and class. Filmmaker Kate Novack gives us some insight into her process of creating this intimate portrait in her latest film The Gospel According to André which takes us on an emotionally raw journey of this prolific individual. The story develops and shares with us a man who would later become one of the most influential fashionistas of our time.

BGN: I wanted you to talk to me about the archival footage. Because there was some moments that were really distinct and resonated with me. One scene in particular where Andre talks about his grandmother, and we see film of these young Black women as domestic maids. I’m just curious to know where did you gather your footage when putting this together?

Kate Novack: We gathered footage from many different places. That was from an archival we sourced — I don’t know if you’re familiar with it — but this really great resource called Historic Films.

BGN: And that’s where you gathered most of your footage? Or was there some footage that André provided for you?

Kate: No, so it’s funny. When I first started filming with André, I said to him, “Do you have family photographs?” Photographs from all his years in the business and also of the work that he created over the years. And although he’s a great storyteller, he’s not hugely sentimental about holding on to things. And he didn’t have his own trove of archival material about his life. He lived with his grandmother. He always says that she read missionary helper in the local paper and worked. And so she wasn’t documenting his family over the years. And the two of them lived together. So there wasn’t a lot of existing archival material. There’s a photograph of his grandmother that of course came from him. And a photograph of his mother that I actually found, and there’s one photograph of his father that’s in the movie that he had.

We worked with a really good archival producer and my editors also really dug. But we pulled from a number of archival sources. So Historic Films, Geddy, Pathé so it was a range. But I think specifically the footage that you’re talking about was from this really big, big archive called Historic Films.

BGN: Was it purposeful to film this around the 2016 election? Or did it just happen to work out that way?

Kate: It just happened to work out that way. That was when we were filming with him. I can talk a little more about the role the election in the film if you want to.

Kate: It was serendipitous I guess, to some extent. I feel like perhaps… I don’t know, I don’t want to speak for André but it may have been that he was at a moment in his life where he felt ready to tell his story. Because he had been approached before and said, “No.” So whether that had to do with having had the first African-American President or not, I don’t know, but in terms of when we were filming, I always think that if Hilary Clinton had won the election — probably wouldn’t figure so prominently in the film. I felt like there was value for posterity to document this important African-American cultural figure, how he navigated that transition between President Obama and President Trump. Just to capture that on film had value both now and in the future. 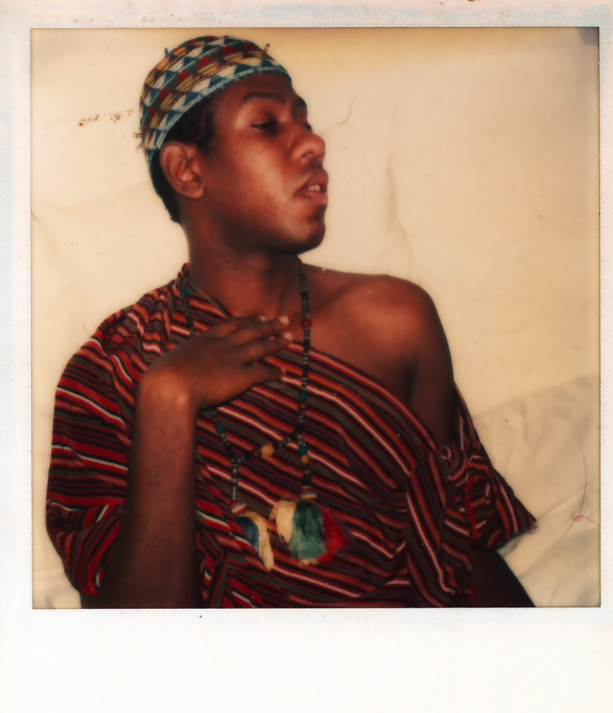 And then I always view André’s story in many ways as this kind of great American success story even though there was lots of struggle and pain. And he talked a lot, over the course of filming, about how much progress our country has made since he was a boy. However, at the same time, we’re watching this campaign and then election results unfold, which of course, was telling a very different story. The two storylines, the personal and the political — kind of crashed into one another and were these foils to each other if that makes sense.

BGN: It’s beautiful how it worked that way. And there’s a lot of great parallels that are created in this documentary. Specifically speaking, the ones that are drawn between André’s grandmother and the Black church as well as his work in the fashion industry and how that shaped who he became. Did André himself help guide you into how he wanted this story to be framed?

Kate: He didn’t. When we met with him — and when I say, “We,” it was me and my producer, Andrew Rossi who’s also a film director. You know we met with André and André wrote an autobiography. He talked about the Black church and his experience growing up there. He didn’t talk about racism in the fashion industry but he did talk about his upbringing. And in it, he talks about the song “Precious Memories” which then plays at the end of the film, it’s the slower gospel song, and is also the name of the last chapter, the fourth chapter of the film, and how when he would hear it in church, he would always cry. It’s his favorite song. And that song is all about memory as a sustaining force.

So when I went to meet with him, Andrew and André and I had lunch, my approach was, “I want to make a film about you that goes at your story from that angle.” I felt that the fashion story is fabulous and wonderful and I hope that this film also can operate within the genre of a fashion documentary but I wanted to tell a broader story. And I was really clear with him about that and I figured either he’ll want to do this or he won’t. And if he doesn’t, maybe I’m not the right person.

The first thing he said to me was, “If we do this, I have to take you behind my childhood church and show you where I was baptized.” We were on the same page, going into the film in that his origin story was really the heart of the movie.

BGN: Were there any moments that were especially difficult to film? And what were your favorite moments while shooting?

Kate: Do you remember toward the end of the movie when he goes back to his grandmother’s house-

Kate: Oh really? Oh, that’s nice. It’s a very emotional moment in the movie. So I don’t know if you remember that before he walks into the house, there are shots of the empty rooms.

The first time that we traveled down to Durham, we were meant to go to his grandmother’s house and sit down and do an interview with him there. And when we got down there, he really said, “I cannot do it. I can’t sit in the chair and talk in her house about her on this day.” And so, we ended up instead filming those empty rooms. You’re directing a film and your producer has flown you and your DP down to Durham and you have to come back with something, right? There’s this eerie beauty to those rooms. And then we went back to Durham and we did sit down with him. You know, it was still really difficult and I mean of course, I understood that it was the house where she died and she was his mother figure. So that was the most difficult.

In terms of my favorite moment. I think that the shoot in the Condé Nast archives was a shoot that I knew would be interesting and I thought there’d be lots of humor and history. But I didn’t expect that it would be the day where André really opened up for the first time, not just in the film but publicly about racism that he as faced in the industry and the pain that it has caused him. You know, he’s wearing the white gloves that you have to wear when you’re handling archival material and wiping tears away from his eyes. I really felt like that was a really important moment to have captured on film. That was one of my favorite moments.

I feel badly to say that because it was so difficult for him but as a director, I loved filming him and Maureen Dowd live blogging the inauguration because there’s this quick humor and wit between them and her house is so cinematic and he’s there in his big, beautiful draping red fabric. And then when he goes quiet when Trump is being sworn in, to me, it was like immediately, you see that there’s…I don’t know how it’s so close beneath the surface that there’s that devastation. 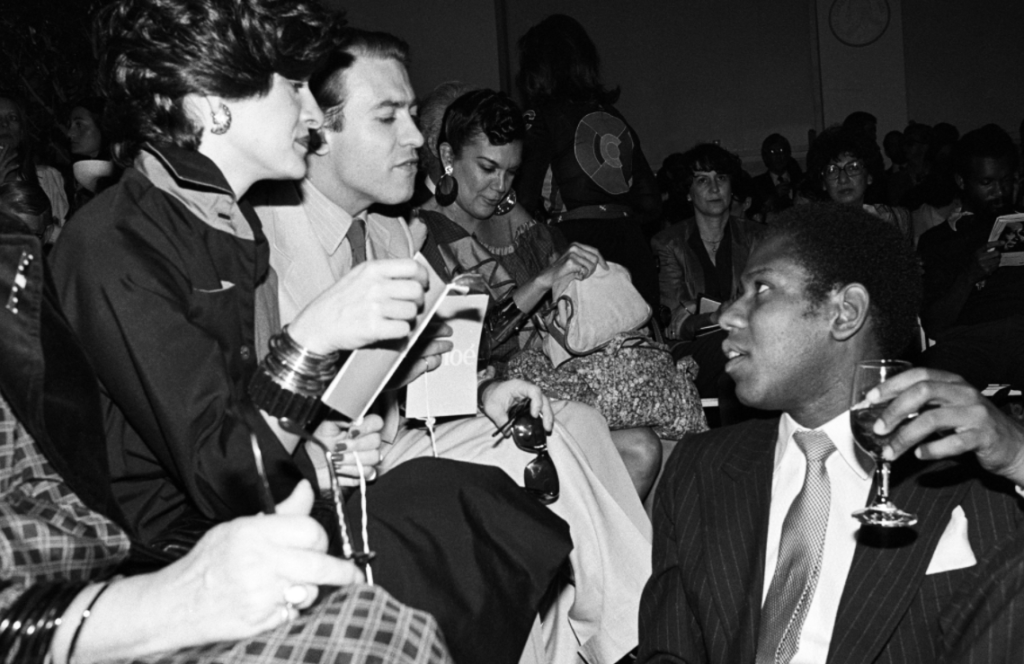 BGN: There was a lot of opening up I noticed throughout the film and really just the raw emotion that was coming from André. And he was so candid in telling you the story. Were there any moments where André said, “This is something I will not talk about?”

Kate: He never did. There were moments where he would talk about something and I would push him and then he would open up, but he would then kind of pivot which I actually find to be — as a documentary figure — extremely interesting revelation of character. So he says, “The great flaw in my life is that I’ve never been in love. And I wish that I had had love the way Tom Ford has experienced love.” So he’s so raw and open and then he says, “But I was focused on my career and I loved the world of Paris.” I feel like you see that there’s a real kind of pain there too.

BGN: What do you hope audiences will learn from André’s story?

Kate: I think that I want audiences to have the experience of seeing on screen that his success also came at a cost. And I think for some people that can be cathartic, and I think for other people, maybe that could be eye-opening. Every audience is different. Sometimes after screenings, I’ve had many African-American viewers come and say, “Thank you so much for telling his story, for showing what he’s gone through, that there’s value in that.” That is probably, of everything, that has happened in the whirlwind of the release been probably the most meaningful to me.

The Gospel According To André opens in theaters today.