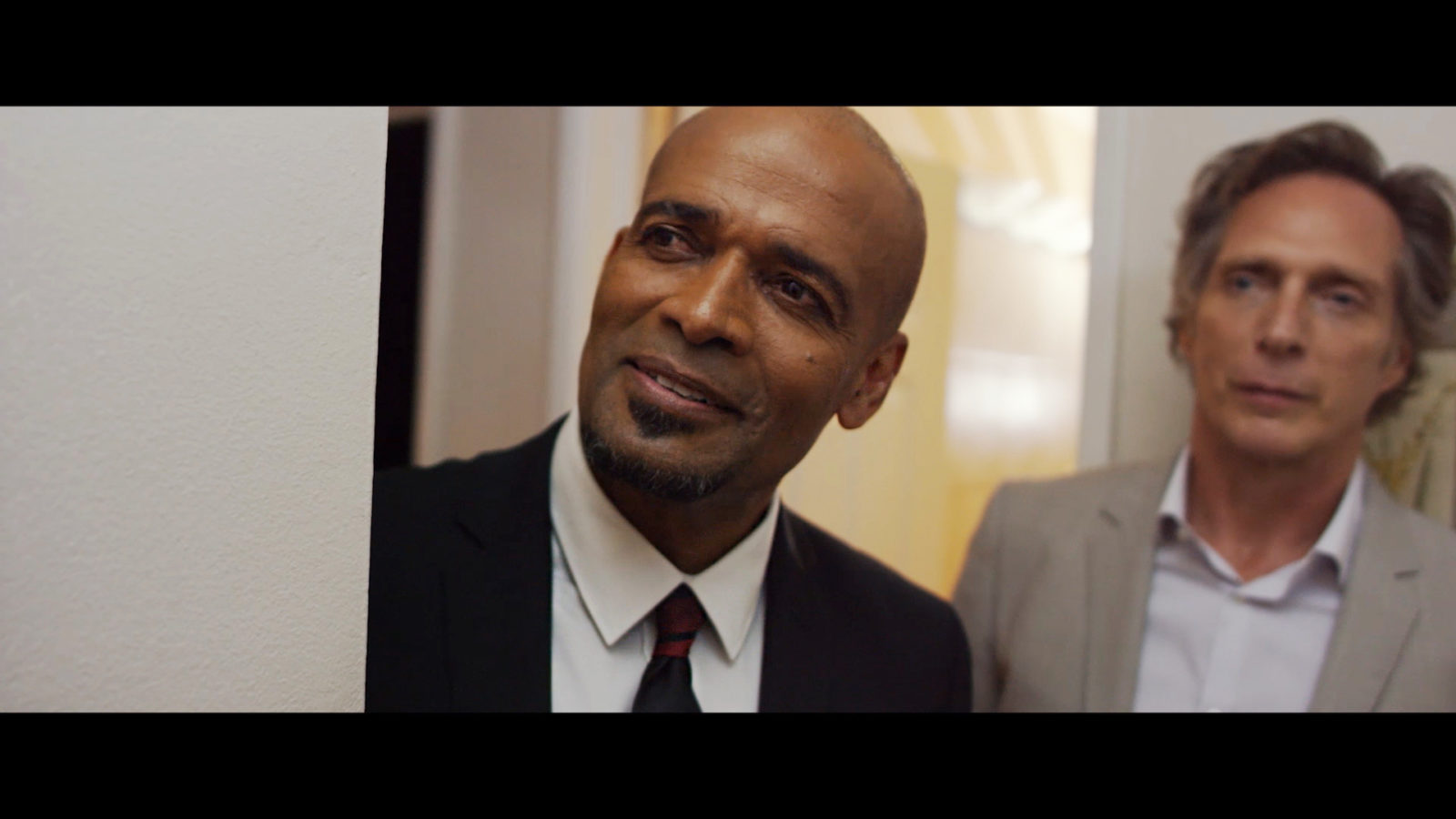 He could have gone the pretty boy route but there was always something more it seems that Mario Van Peebles wanted. Instead, he became a hyphenate almost all of his famed life. Born to seventies-era movie director Melvin Van Peebles, his career has bounced between that of leading man, character actor and director. Van Peebles’ most commercially popular and box-office boosting film was New Jack City, a film that gave the movie audience a young Wesley Snipes, Chris Rock, and Ice-T among others.

Since then he’s continued to direct and star in films in between TV roles. Black Girl Nerds recently sat down to talk with the star in his publicist’ office and the conversation is freewheeling — going from the film to Van Peebles fierce belief in gun control — to his father Melvin’s groundbreaking film Sweet Sweetback’ Badass Song (yes, that Van Peebles). He chats about diversity in Hollywood, raising money for films, and his hat (Trump would not like it).

Since you couldn’t be there. Here’s the next best thing. 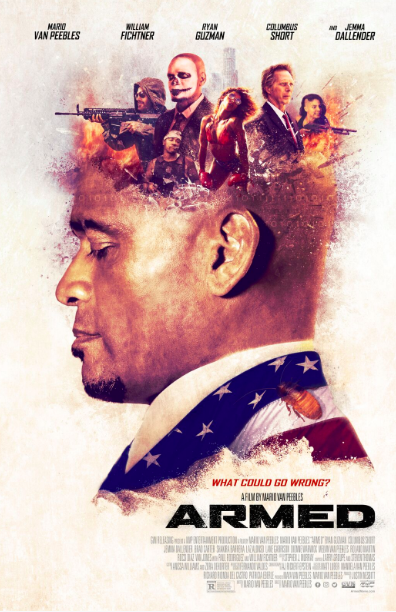 What I wanted with Armed was to have a film that would have a large cast, many, people of color, multicultural but not race-centric. That it would not be that we could make a film with people of color that just was a movie that dealt with a guy who is fighting issues outside and yet inside.

He’s fighting the world outside but he is also dealing with trouble inside, which is mental illness. I wanted to avoid playing a guy that had some challenges with mental illness instead of a bad looney person; that he was not a nut. He was a guy that was really trying to get better.

He’s trying to play his music and do his poetry and get his mind centered and you really feel that this is a guy that is trying to be a force for good, so I wanted to play him as a complex guy but at the end of the day, that has a good heart. I didn’t want to play this usual kind of PTSD nutcase — that we didn’t somehow cinematically “other-ize” him. We’re inside his point of view.

As my hat says, Make America Think Again, but not necessarily say what to think but to get people on all sides of the gun issue to go, ‘Gee, the easy access to medications and easy access to weapons of war.’ That’s a problematic mix. It’s hurting all of us as Americans and bullets are very democratic. They don’t care if you are male or female, straight or gay, black or white, poor or rich. They will get you. They will get the kid in Chicago. They will get the kid in Parkland. They will get the adult trying to hear a country singer in Vegas. We’re the only country that is self-inflicting this wound. No one else does this. What do we need to think about here because it is absolutely fixable. It is absolutely curable.

Oh yes. I don’t think we’re more inherently stupid or more self-destructive than any other adult country. We just have decided not to figure it out and not to deal with it in a way that is realistic. Thoughts and prayers are not enough to stop mass shootings. We can do it. We just have to have the will to do it.

What about the fact that there is 3D printing and people can make guns?

Yes, and there was some guy who was putting it out on the internet. In order to disseminate that information, you’ve got to sort of wonder what is the motivation for that and we came close to allowing it. That case came right down to the wire and they ruled it was not a good idea. 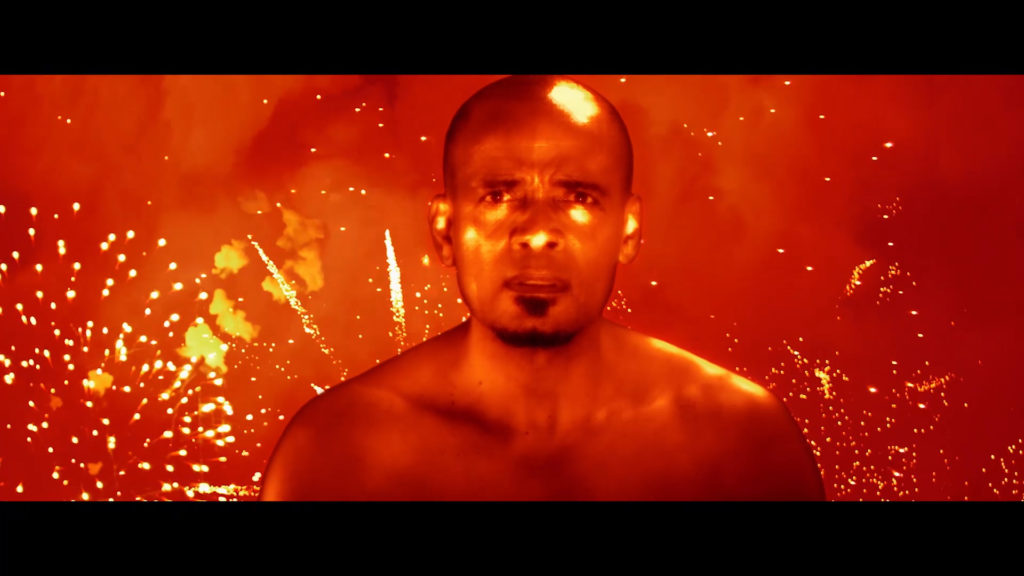 To go back a bit, explain PTSD for those who might not know.

PTSD stands for Post Traumatic Stress Syndrome and the character that I play suffers from a form of PTSD, as many people do. It’s what caused you that stress. It could be stress behind enemy lines in the military. It could be related to abuse one’s had being a choir boy. It could be any number of things that did that. Some people have even said there could be such a thing as post-traumatic slavery syndrome (laughs). Sometimes people who have been systematically brutalized suffer a collective dysfunction or phenomenon that could be similar to PTSD.

Give us a little learning curve in how a minority director raises funding for films?

It’s a mercurial world and it is constantly changing. Even though I’ve been in the business as long as I have. I’ve made a hit like New Jack City, to make a film like Armed, I still have to figure out how to find and fund it independently. Now one of the things my dad said when he made ‘Sweetback,’ that he made independently with a lot of his own money; family money, was that he wishes as he looks back, that he’d made more money for more people. That more people would have won when he won.

So part of the understanding is that if they can make money from you, you can make money from you. I want to win with people I like. In the case of Armed, I put in some of my own money. One of my sons had made money working as an actor on Roots, he put his money in that film, some other friends did that and then we at a house I own and at a neighbor’s house,

So when I make an independent film, I’m rough and scrappy and know how to put it all on the screen. I still know how to make a big kick-ass action thriller that’s going to move and entertain you and the second thing is that there will be some nutritional value and make you think.

So each time it’s a different thing. [With Armed], a lot of resources came from my family but sometimes I extend out. It’s just sometimes certain people are ready to come forward and certain people aren’t. Film is a tricky world. It’s a risky business. I’ve been lucky that we’ve made our money back.

If not, you’ll see me out there, I’ll be like ‘Oh, I’ll direct this for food. You’ll see me selling tube socks by the freeway.’

You got a lot of people working, tell me what was it like to play off great character actor William Fichtner?

He’s so smart. He’s thoughtful. He’s also a filmmaker so we can talk a shorthand. He just directed his first feature. He’s an adult. Bill’s a good guy. He’s easy. He got the script of Armed and he got to page 54, he called me up and said, ‘if this is what I think it is, I am in.’

He knew I couldn’t pay him a lot of money but he’s like, ‘I am with it,’ but we’ve got such a diverse cast, from Bill Fichtner to Dionne Warwick to DC, Willie Martin, Van Jones, Roxie Diaz, Paul Rodriguez. That’s a super diverse, racially-mixed cast with people who are on all sides of the gun issues and that was part of the fun to say, ‘Let’s make a film that includes us all.’

So it was fun to bring all the flavors and colors. It was a very colorful movie; a lot of primary colors and it moves pretty fast. A lot of people watch the film and they want to know what the heck is going on? For the first two acts; people are going, ‘Is this a barbershop thing? Is this a thriller?’ Early in the third act, there is the reveal. 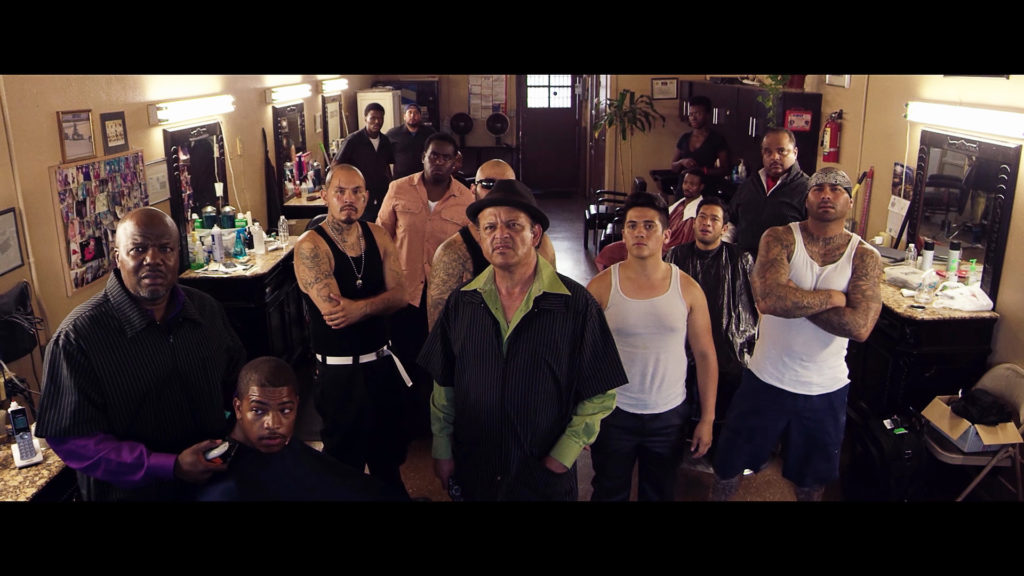 Whoa, there’s the curveball. Most people don’t see that coming at all.

Will this go international on VOD?

Oh, yeah. It’s all over the world but Armed is out in theaters right now but it’s also VOD. It’s also iTunes, it’s also Amazon; every platform. It’s super-democratic. I’m on Instagram and people are welcome to reach out to me and tell me what they thought of it. I encourage them to post their reviews on iTunes, let their voices be heard because I love that interaction as a filmmaker. If you make people think, then the fun part is the follow-up.

In Hollywood, they say it is getting better for actors and actresses of color, and I assume below the line as well. What is your take?

Well, I think there were some very exciting stories that came out this summer, predominately from directors of color—Sorry to Bother You, interesting oh man, Blindspotting, Spike’s film BlacKkKlansman.

In terms of our business and the arts, it’s always mercurial but I think it’s positive. When my dad made his film, he had to risk his life. Now I can make a film with people of all colors in front and behind the cameras much easier. We’re still behind. We’re still 33 percent of the media consumption but we’re only five percent of the film-making part but I always painted with all the colors.

Even when I had the chance to make something Black, I never did that either. When I made New Jack City, I could have made it all Black but I said, ‘No, let’s get Russell Wong, he’s Asian. Let’s get Judd Nelson, who’s Jewish. Let’s make the prosecutor a woman. Let’s mix it all up. In my family, I’ve got all the flavors, so look at my family wall for inspiration.

I saw that your dad was in the picture. How is he?

My dad is cool. He’s getting older. He says he still runs as fast as he used to but things go by slower.

Armed is currently in theaters, on digital and VOD.