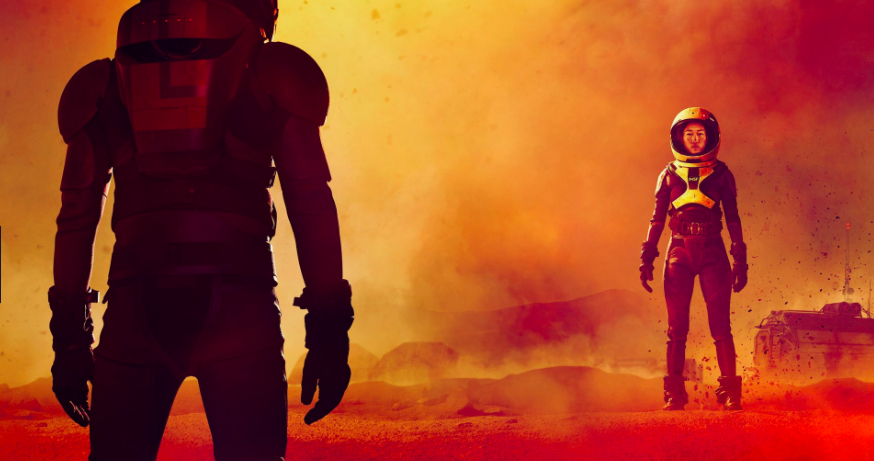 The realities of space can be defined generationally and those realities are reflective in both movies and television.  Flash Gordon took Mark Twain’s a Connecticut Yankee in King Arthur’s Court to the planet Mongo and the court of Ming the Merciless. Star Trek launched a five-year mission that still continues decades years later with Star Trek: Discovery.  Then we battled our mechanical children in Battlestar Galactica and warred among ourselves in Star Wars.

Nowadays we are for the most part in a standstill repeating what has come before but employing 21st-century innovation. The divestment of the United States government to lead the planet in the exploration of the space, partially as a result of fiscal challenges and priorities, is a significant contributor.

Nature abhors a vacuum, and several individuals with sufficient financial means have partnered with the National Aeronautics and Space Administration to continue with the next logical step in the exploration of our galaxy.  Last year, National Geographic premiered a six-episode first season of Mars.  The series uses a fictionalized mission to Mars to explore known scientific challenges being worked on by NASA and other private space companies like Richard Branson’s Virgin Galactic and Elon Musk’s SpaceX.  Season 2 of Mars picks up five years after the conclusion of Season 1.

BGN sat down with TV showrunner Dee Johnson and co-creator/executive producer Justin Wilkes to get some insight into season 2.

Would you say the level of fear has kind of decreased?

Johnson: I think that for the original group they have a proper amount of fear, I don’t know if the same applies to the new group, ’cause they’re new. I think that any given moment they can die, it’s not the happiest place to live, but I think it’s really more of an issue of how anybody lives in such a confined space where you never get fresh air.

The movement of Mars is not just driven by economical means, but also by political standings…how challenging was this with balancing the politics and moral of human ethics and the science of everything?

Johnson: At first everything is challenging, but it was of interest to us because I think it’s a natural thing that would happen.  We just sort of plunged right in. It’s not just one group of people that all have the same agenda. That’s why we wanted to start the season with this big rock in what was a relatively tranquil pond, and how they wrestle with all the ethics involved. That was what drew me to even want to jump in and do season 2. Human nature on a distant planet, you know? It comes into play. Political and otherwise.

Wilkes: It becomes an interesting reflection of our own planet, and the challenges that we’re facing politically, environmentally, and maybe even for the audience. You can start to see Earth a little differently if you’re seeing those images projected onto a nascent planet, and how human nature is gonna most likely repeat itself, that tends to happen over time.

This ends our interview with the TV producers. The following features interviews from cast members Jihae, Jeff Hephner and Evan Hall.

In Season 1, fifteen years into the future an international crew headed by Hana Seung, played by Jihae (Mortal Engines), travels, lands and starts a colony on Mars. In the second season, the Olympus Town colonists, still led by Jihae are settling down to the work of colonizing Mars, when a new mining colony lands, led by Kurt Hurrelle (Jeff Hephner), with his loyal second in command Shep Master (Evan Hall). Like with any resource on Earth, the members of both colonies have to deal with the basic concepts of what constitutes a society and what values rule when the lines of authority reach back to another planet and center on profit.

You had one of the challenging opportunities as an actress to play two separate characters, and having to make such a realistic relationship between the two of them, what was the experience like?

Jihae: It was terrifying because it was my first acting role, I didn’t think I could pull it off. So I was feeling terrified. So I went to the basics, we all have a duality, we all have a light side and a dark side, we all have a masculine side and a feminine side, so I kind of took those basics, and filled in the flesh and blood of each character by creating a story about their childhoods, babies, all the way up, just to try to make it real. It was a big challenge, but it was really fun.

Did these roles cause you to want to know about Mars and actually become nerds, or did you just do a little background so that you know that the planet’s red?

What kind of background did you do to get ready for your role, and did you do a little extra because you became interested?

Jihae: Well, for me, my situation was similar to yours, where I got a callback and I got flown out in ten days. But luckily when we got there, we had a few weeks to have a piece of prep. We had Dr. Jamieson to teach us and give us space camp training. Which was awesome.

But as I was prepping in those ten days before getting out there, I did as much homework as I could possibly do in ten days. Which included kind of studying what it’s like to be underwater because I felt like that was the closest thing you can experience in space. I had a project where I went for NorthFace and we went close to a thousand feet underwater in a submersible, for a book, and I was scoring a short film. And so that was really scary. And as we were going down 500 feet, it was scary.  There are times where anything can happen down there at 1000 feet, and yeah well, maybe you can go back up, but at least you’re not in the deep. That really prepared me.

Toward the end of the first episode of the season you say, “boundaries are to be respected” and then you kind of say “well, maybe not.”

Hephner: Yeah, that’s exactly it. There may be boundaries with the work that they’re doing and ideological boundaries. It takes two to recognize that line.

Hall: Always drawing the line in the red sand, has to be on one side of the other.

Jihae: There are boundaries for getting along, cohabiting peacefully, but there are also boundaries for the planet itself, that’s very unpredictable. You just don’t know what the planet can do to you, or what can happen during one storm versus another. Electrical storm versus a sandstorm. So I think Hana’s conflict with him, that she really tried amicably to warn him a little bit about the climate. You know, you have a bit of a one-track mind about getting his work done.

Hall: I think that’s another thing that we try to explore in the show, is that, because of the situation that we find ourselves in, the planet itself, you’re forced to work together. There is no escape. Among the contributors is Andy Weir author of The Martian, Stephen Petranek author of How We’ll Live on Mars.  These figures provided insight into the actual and fictional future of travel to Mars.

Petranek: I think humans will be a lot more careful on Mars than they’ll be on Earth. And there will be a lot more control over what they do initially, at least in the first hundred years or so. I mean, you have about 150 nations on earth trying to control the environment, for example, and hardly 90 of them can agree on what they should do. It’s gonna be a lot different on Mars, it’ll be a much more controlled environment.

In the series, the miners who come to Mars exert a lot of smart environmental control. So, it’s kind of a mix. You have human nature, where one part of it is motivated by capital return, and the other part is motivated by doing the right thing.

Weir: I’m usually a Pollyanna, and I usually have this really bright future, but in this case, I think that individual humans are awesome, and also within your local group of human beings, you know, people will help strangers and stuff like that, but on the whole, large systems, always inevitably do what’s in the system’s economic best interests.

Trying to get this message out there, did that have a huge play, or any play at all, in the kind of format of the show, in terms of bringing the reality and the fiction?

Petranek: We’re trying to make this show relevant. Not just “Oh, isn’t it cool to go to Mars? Isn’t that an amazing idea that we can actually do? It’s about making it relevant to everyone who watches the show.

If you’re like me you have seen the commercials and thought “Hey! I should watch that,” but never do.  This is not the show to miss.  Mars merges just the right amount of science into fiction and takes us on a voyage about what is possible, what it may take to get us there, and what happens when we do.   So I am drawing a line in the red sand and daring you to cross it.