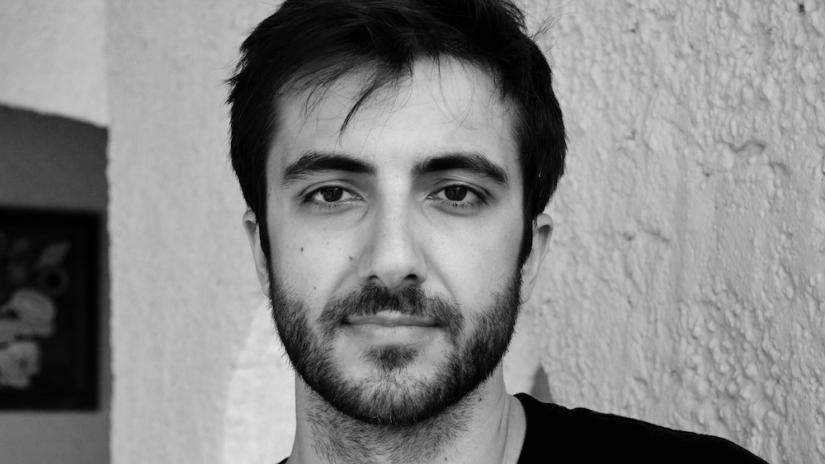 Nick Antosca is the creator, showrunner and executive producer of SYFY’s hit horror anthology series Channel Zero: No-End House, which is set to premiere on Wednesday, September 20 at 10 pm ET. Inspired by Brian Russell’s “creepypasta,” Channel Zero: No-End House tells the story of a young woman named Margot Sleator, played by Amy Forsyth (The Path), who visits the No-End House, a bizarre house of horrors that consists of a series of increasingly disturbing rooms, but when she returns home, Margot realizes everything has changed.

Angel: Channel Zero ‘No-End House’ as I just look at the promo without watching the show, the poster gives me an FX vibe of AHS ‘American Horror Story’. What would you say to the audience as to how they are different?

Angel: Horror genre is not everyone’s cup of tea, so what else does the show offer to gain unlikely followers to its audience?

Nick: People tell me they don’t like horror. I don’t understand it. So many great, classic stories are horror stories. For non-horror fans, Channel Zero: No-End House has an emotional character story about a young woman and her best friend and her father, and how they heal and move forward in their lives.

Angel: How did Nick Antosca come across Brian Russell’s “creepypasta”, and why then decide to adapt it into a TV series?

Nick: I’ve been a fan of Brian Russell’s story for a long time. I always knew that if we got a second season that was the story I wanted to adapt. It’s a great horror concept that allows us room to invent.

Angel: What are some of the many benefits and perks of having shows on or airing on a variety of networks such as Channel Zero, Universal Cable Productions (UCP), NBCUniversal Cable Entertainment, and Hulu?

Nick: The only network we air on is SYFY. Universal Cable Productions is the studio that produces the show, and they license it to the network. The benefit of working with SYFY is that they are incredibly supportive of our show, and they encourage us to experiment and take creative risks.

Angel: What is the value that the horror genre brings to fans during a time of national crisis, fear, and uncertainty?

Nick: Horror is a catharsis. Sometimes I can’t believe what I’m seeing on the news. We were shooting during the election. We were just shooting the third installment during Charlottesville. Ever since then it’s been an escalating series of horrors in the national news. Horror can serve as an expression of the fear that’s around us all the time.

Angel: Why did you chose to make Steven Piet the director for all six episodes of No-End House?

Nick: I loved his film, Uncle John. He read the pilot script of No-End House and told me his vision for it, and I knew he was the perfect director.

Angel: Stephen King always gives himself bit roles in his productions, will I be seeing any cameos of you in your projects?

Nick: Nope, I plan to stay behind the camera.

Angel: What do you have to say to people who view horror as an excuse to act out what they saw on TV or a movie? Do you remember when Scream the movie came out and attackers acted it out and told police they did it because they saw it in the movie?

Angel: What are your plans for Halloween 2017?

Nick: I like to drink a lot of champagne on Halloween.

Angel: Since Channel Zero is serving as an incubator for new indie filmmakers, will you be hosting any contest for writers to submit screenplays, ideas and etc.?

Nick: Nope, no contest in the works.  If you want your story on Channel Zero, write a creepypasta and post it online.  Maybe it will go viral like “No-End House” and end up on the show.