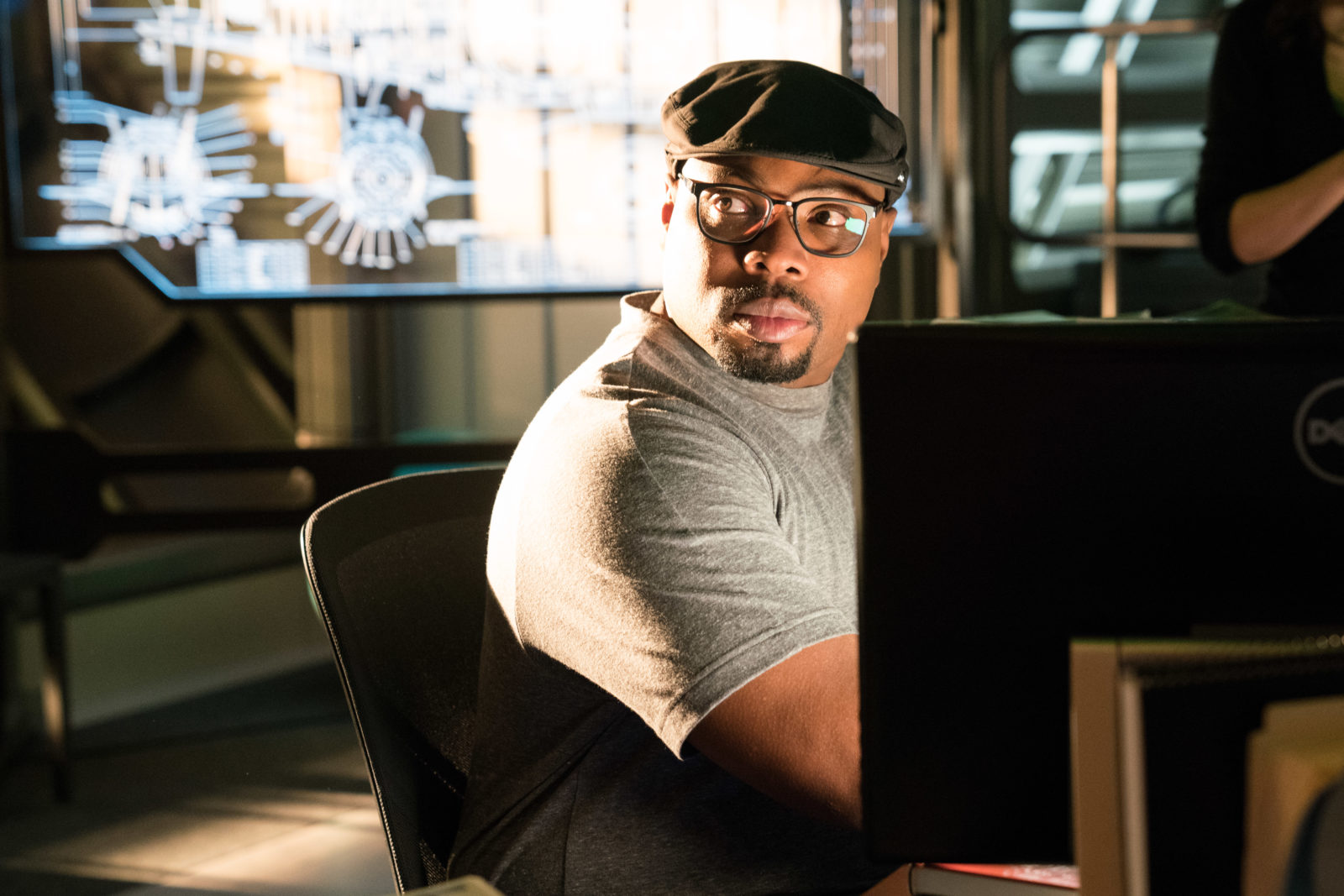 Warner Bros presents us with a new sci-fi thriller called The Meg, about a massive creature who attacks a deep-sea submersible, leaving it disabled and trapping the crew at the bottom of the Pacific Ocean. Rescue diver Jonas Taylor (Jason Statham) must save the crew and the ocean itself from an unimaginable threat—a 75-foot-long prehistoric shark known as the Megalodon.

BGN chatted with rapper/actor Page Kennedy who plays the role of DJ. A drone pilot specialist who’s gotten in a little too deep with his fellow crew. Page Kennedy’s road to Hollywood spans from when he landed his first role as Roger on CBS’s The Kennedys (2001) through an unconventional audition by sneaking into Sony’s studios as a messenger and delivered his headshot and resume.

The tenacious performer has also appeared in such shows such as The Shield (2002), Six Feet Under (2001) and Life at Five Feet (2002). Kennedy made his film debut as the villainous Travis Shipley in S.W.A.T. (2003), supporting actors Samuel L. Jackson and Colin Farrell.

Immediately when chatting with Page he loved the name of our publication Black Girl Nerds, and he kept me laughing throughout most of our interview. When I mentioned that the social media responses to the film have been mostly positive, Page seemed already aware and was happy about it. Page says that if “Jurassic Park and Jaws had a baby, it would be The Meg.” 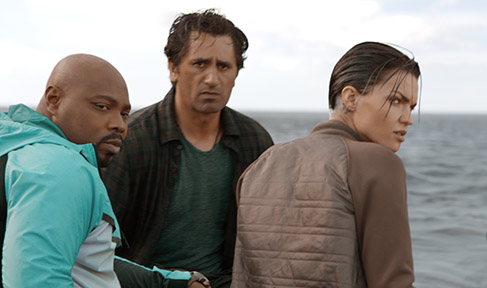 Jamie Broadnax: You’re starring in this new film, and you play the role of DJ. Tell us a little bit about your character.

Page Kennedy: Okay. I play DJ. He is the drone pilot operator, so basically all of the photos and videos that we get and receive, you know, I’m the person who conducts and pretty much monitors the drones that go down in the water to capture all of this footage, so that’s my job at this Mono One facility. And then when everything goes awry, you know, I just become a normal person then. And a normal person who is not equipped to be in the water, and that you’re in a boat, and you know, he says that’s not his job description to be running around chasing a big, huge underwater monster. And so I kind of am like the voice of reason and the voice of the people watching.

Jamie: Tell me about this particular part, because you say you play a drone pilot. Did you do any kind of research while preparing for this role? Were you involved in any kind of aviation testing, or did you study any other people that are drone pilots and scientists that are involved in this field?

Page: No. Actually, I did not.

Page: When I saw the pilot I was like, oh, you know, I was thinking that it was like that, like something. Now I have to fly, but no. I mean, you know, this guy’s just like a computer nerd. He knows all the technical things of acquiring the information that they need.

Jamie: Did you have any favorite moments while filming this, because it really looked like it was a fun film to be a part of.

Page: Yeah, I think my favorite moments are definitely my scenes with Sophia. Sophia’s the little girl. I just love her. I just adore her, and I feel like we have the sweetest chemistry, us two, because it’s just the juxtaposition of who we are.

Jamie: Ah, that’s beautiful. Were there any challenging moments? And how much of this film was CGI and other scenes, practical effects, if any?

Page: Well, I think a lot of it was CGI, because the Meg wasn’t real.

Page: So any time you see the Meg, that’s CGI, and then when you see me, I’m actually real.

Page: They decided against CGI on me. Um, so yeah. 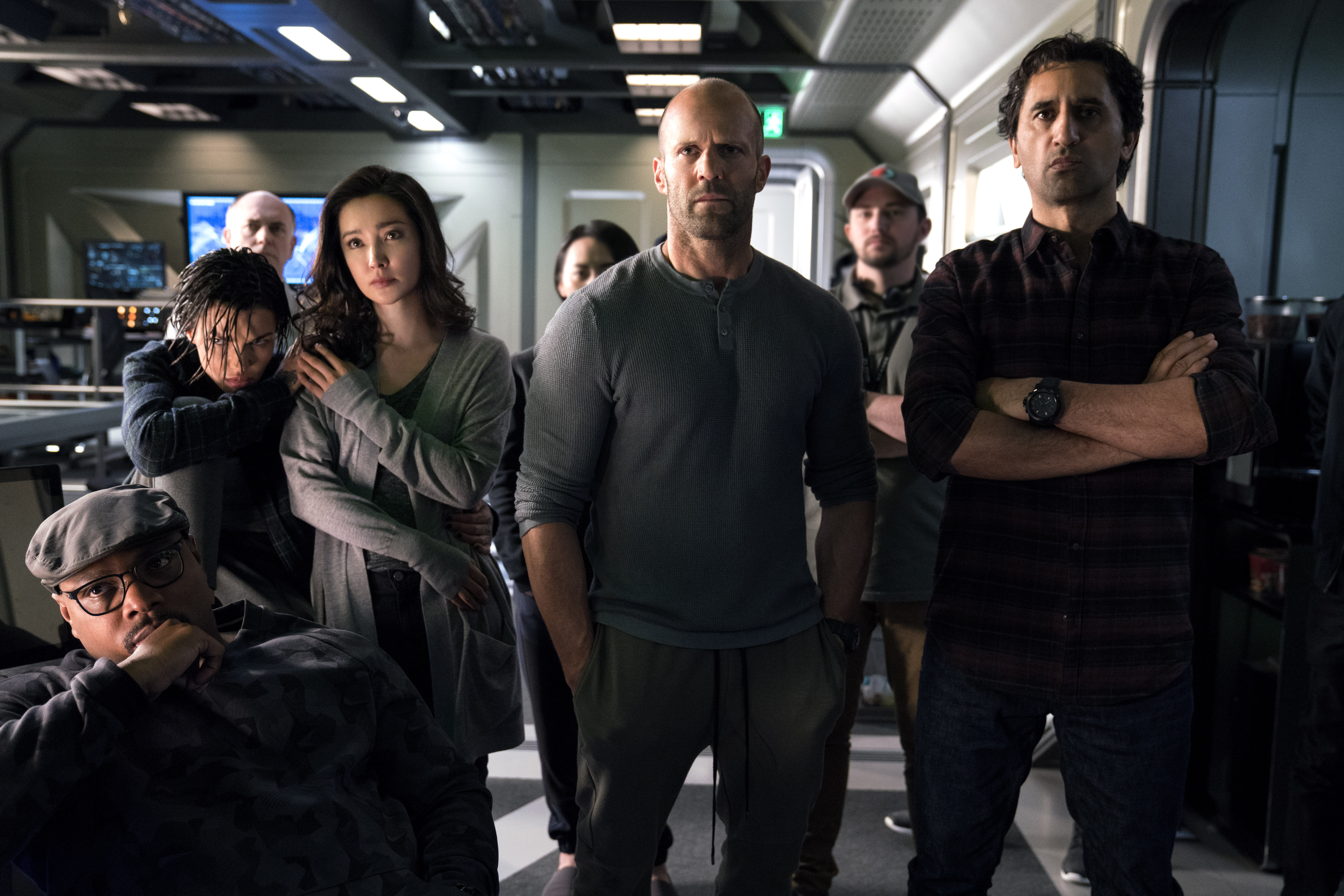 Jamie: Okay. DJ is all practical effects. Got it. Good to know. Have you ever gone deep sea diving before? Is it something you’re willing to do if you were given the opportunity?

Jamie: Right, right, right. Yeah. I’d rather keep them on my plate, you know, than to see them underwater.

Page: I don’t need to go out there. I’m asking for trouble. He’s not out here bothering me, or I don’t see a shark coming to me in my job.

Jamie: The trailer for this film looks pretty ominous. Would you describe this as a horror film, or is it action adventure horror? What kind of genre would you put The Meg in?

Page: I think it’s sci-fi, and it’s action adventure, thriller. It has complements of all of those things in it. You know, it’s funny. It has funny moments.

Jamie: I take it your character is the comic relief of the film. Would that be safe to say?

Jamie: So that’s good to know. So a lot of the audience will identify with your character.

Page: Yeah, for sure. 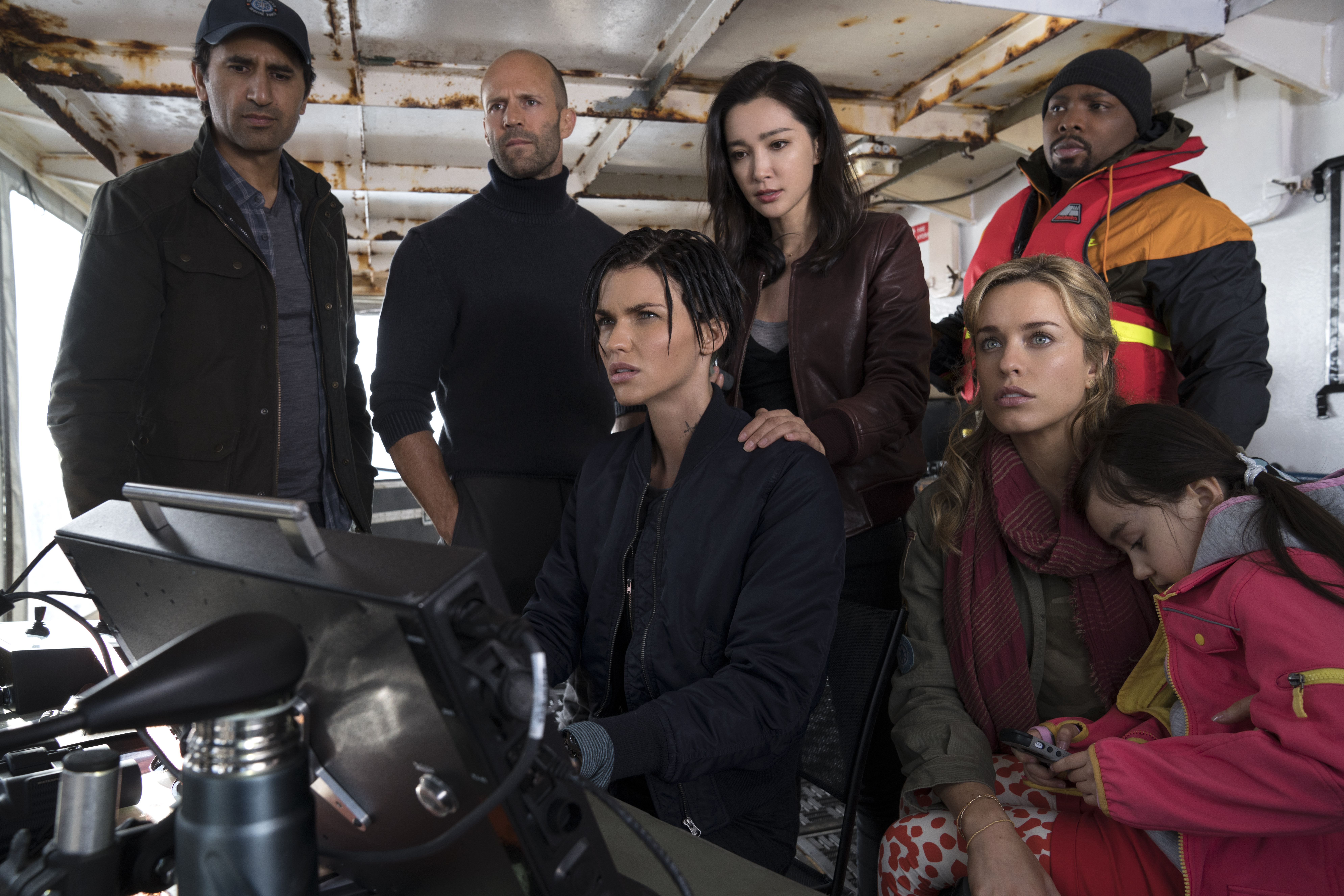 Jamie: There are so many deep sea action films that we’ve seen over the years, like The Abyss, Deep Blue Sea, Sphere, and so many others. What makes The Meg stand apart from this genre of film?

Page: Well, you know, the cool thing about The Meg is that typically if you have Jason Statham in a movie, he’s going through and kicking hundreds of people’s asses. And in our movie, he’s going to kick hundreds of pounds of damn fish. And so it’s completely different. He can’t really use a Jujitsu on the Meg. But it’s like seeing him in a different way. And I feel like he’s different than what we’re used to seeing him. He’s a little lighter.

Jamie: You’re on point about Jason Statham. Whenever you’re going to see a Jason Statham film, asses will get kicked.

Page: Right. I guess technically he does kick a lot of tail.

Jamie: A lot of fish tail, a lot of shark tail.

Jamie: I see also that you’re filming a movie called Same Difference with Essence Atkins. Can you talk to us a little bit about that project, and aside from that, what’s next for you?

Page: That project’s done. That project is already in the can, and it’s a little early on that one, but I can talk to you about “Same Page, Different Story” is the name of my second album, and it comes out August 10th, the same day as The Meg. So I’m excited about that. We have some great features on it. It’s gonna be a great album. I actually have a song called The Audition Part Two: The Meg, and I actually detail how I even got this part, which is a pretty interesting story.

Jamie: Will we hear any of your music in the film?

Jamie: Page, thank you so much for taking the time to talk to us and all the best to you.

The Meg splashes its way into theaters August 10th.