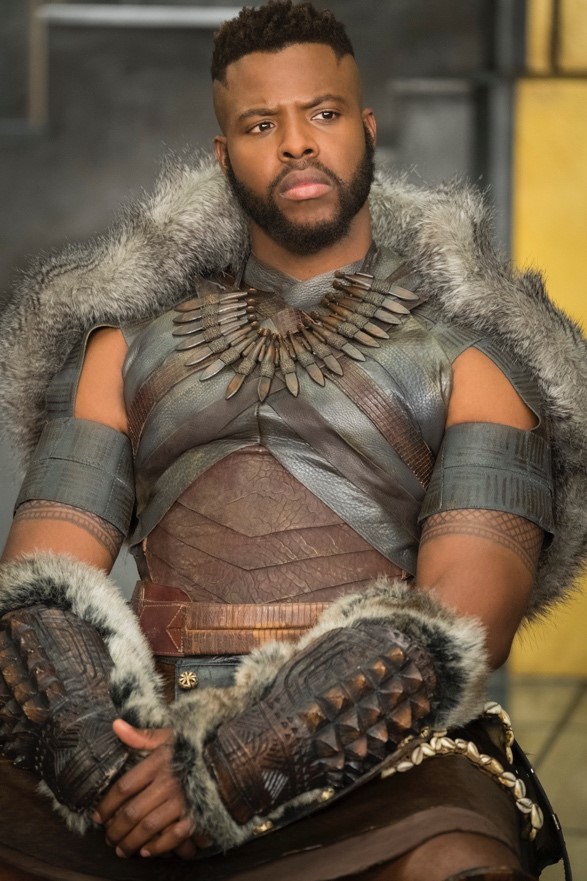 This is the second part of the interview with Winston Duke best-known for his role as M’Baku in Black Panther. Duke spoke with BGN about the importance of telling stories from all over the African diaspora and also his own goals for his post-Black Panther fame.

BGN: You’ve done these two films and obviously there’s going to be a Black Panther II down the line.  But are you ready to step away from the MCU for a while?

BGN: So, what are you looking at down the line? I know you have a theater background, so do Lupita, Danai, and Chadwick. What do you hope for during this time period?

Duke: Like I said, it’s really interrogating [ that “everyman” position, telling stories about communities, and communities that don’t usually get a lot of light shed on them. And, we have great communities. I’m from Trinidad and Tobago–we have so many stories of folklore and magic and mysticism, and communities of fishermen. All of these wonderfully vibrant stories.

BGN: Have you had many scripts coming your way?

Duke: Yeah, a lot of really great scripts. I want to also produce, and I’m doing that. I’m producing some of my own work that I’d be happy to share with you when the time comes. I’m just trying to really advocate for the place that I’m from, which has a very global sensibility. I have a global sensibility because that’s who I am. I come from another country, struggled here. We met with and interacted with a lot of other immigrants. Not just Caribbean but African. Middle Eastern, European. I’m aware of a lot of different walks in life, and I want to be part of stories that reflect that. And also, just talk about the wide spectrum that exists within blackness.

Duke: Blackness isn’t one monolith, and that’s what was cool about Black Panther. It showed a country, but the country made up of different tribes.

BGN: With different ideas, and different points of view-

Duke: The Jabari see the world completely different than those people who are in mainstream Wakanda. The border tribe and the river tribe, and the merchant tribe have their own distinct ideas on how the country should be run. And it’s the same thing with Blackness. Even in a country of 300-something million people, we’re different. And I want to tell stories that show the different shades and colors of them.

BGN: It would be wonderful to have a film set in Wakanda that was not necessarily a part of Marvel. It’s weird, but I would like to know more about those tribes—

BGN: There’s so many stories there.

Duke: It’s so much more grounded and approachable than say just of magic. You have other distinct worlds in Marvel like Asgard. Asgard is a whole thing, but the thing is Wakanda exists here on this planet, and there’s so many wonderful sub-cultures within it.

BGN: You went recently to Florida Memorial HBCU right? How did that come about and how was that for you?

Duke: The invitation was from them to Disney, and Disney asked if I would love to go so I said yeah. Not knowing on what the experience would be, and then we went in there and it was all this love. I just saw them, and it reminded me of just my time in college, and all the facades went away, and just thought, “I just want to be here for these kids, I want to just be available for them.” So, I stayed and took as many pictures I could within the time limit. I wanted them to know that I was human and that all their dreams were valid, and anything that they aspire to, that they can achieve it. And they have a responsibility, once they decide what they want to do, to help each other and help others come up as well.

Duke: I didn’t attend an HBCU, but going there and seeing all those young hopeful faces wanting to just engage with me, it pulled me out of the grandeur of all of this and just showed me who we’re doing it for. I was really moved knowing that I still have a lot of work to do to uplift, and advocate for. All my moves are not just for me, it’s also for them. I’m also creating a space for when they get into this industry if they ever choose to.

It reminded me that again, no man’s an island. I’m a reflection of them, as well. I spoke to them about comic books and leadership and what community means. I talked to them about why Spider-Man was one of my favorite comics because Spiderman reflected this theme of great power coming with great responsibility. I said, “You can be a leader in your community, and figure out what your idiosyncratic thing that you can do is, and then use that and wield that with so much strength and confidence that it becomes your superpower. Then, how do you use that superpower to then give back?”

My superpower is storytelling. My superpower is wanting to shed light on topics that people might be afraid to, or just don’t have the access to seeing. And I’m using that superpower, you know what I mean? That’s my responsibility is to do something more with that superpower, and I’m doing it. But it just, yeah it was really moving for me to see them and talk to them.

BGN: Thank you so much for taking the time to talk with us today.

Black Panther comes with releases on DVD and BluRay on May 15. 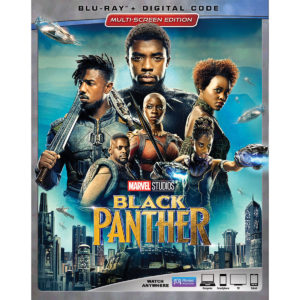