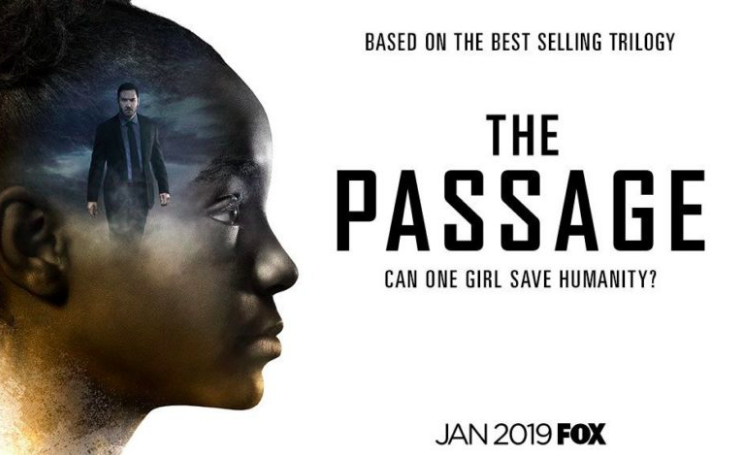 12-year-old actress Saniyya Sidney has one of the most impressive resumes in Hollywood and her career is just getting started. She’s in the Oscar-nominated films Fences and Hidden Figures. She also appeared in an indie film that made its premiere at SXSW called Fast Color. I had the pleasure of meeting her and interviewing her during the promotion of Fast Color —  a story about three generations of Black women with supernatural powers.

There is one thing about Saniyya Sidney that is evident — don’t let her age fool you — she carries the wisdom of a 70-year-old.

Saniyya has also appeared on the small screen playing the role of young Kizzy in Roots and starring in the hit FX series American Horror Story: Roanoke.

The rising star is now appearing as the lead protagonist in a new series on FOX called The Passage. The story focuses on Project NOAH, a secret medical facility where scientists are experimenting with a dangerous virus that could lead to the cure for all disease, but also carries the potential to wipe out the human race. Sidney plays Amy Bellafonte, a young girl chosen to be a test subject. Federal Agent Brad Wolgast (Mark-Paul Gosselaar) is the man who is tasked with bringing her to Project NOAH. Ultimately, however, Wolgast becomes her surrogate father, trying to protect her at any cost.

I had the pleasure of catching up with Saniyya Sidney again to chat about her latest role on this new series. We chatted about the differences between working in TV over film, hanging out with Zack Morris, and what makes this show so unique?

Can you share with us who Amy Belafonte is, and why she’s being chased after?

Amy Belafonte is an orphan. She’s a girl from nowhere. A city government agency is coming to find her and she’s been trying to cure this big plague that is coming. Some things happen and you just have to watch the series to find out if she can or cannot save the world.

We’ve seen your work in major feature films and indies, like Fences, Hidden Figures, Fast Color, and now you are on TV. And you’ve also been in other TV properties, like American Horror Story. Do you have a preference for movies or TV? Is one more challenging than the other?

I believe that all work is a great challenge for all actors because being able to just play different roles, I think it’s a great experience to do different things that we’ve never tried before. And to play different roles that can be important to the world, but it’s nothing different. I think it’s just fun, and to be able to be on a TV show, and to be on TV it’s great because it’s not so different from movies but it’s just like, a long movie and different episodes, explaining it just a little bit longer.

I saw the pilot episode and it’s an exciting, edge-of-your-seat thriller. The show is based on Justin Cronin’s best-selling trilogy of the same name. Did you read the books?

My dad actually, he read all three. My dad was a big fan of the books. I read some of the first book but not much. I just wanna, you know, go off of what I believe Amy is until I read it, but I definitely look forward to reading it soon. My dad has read all three and he was really excited…he was like, “Oh, my god! You’re playing Amy!”

I know that you worked closely with Mark-Paul Gosselaar in this series, and you two have some really great chemistry. Did you guys hang out at all before filming, to kinda build up on that chemistry?

When we first got together it was kinda just like a rehearsal, so we would hang around the studio. We didn’t hang out much until later on but at first, we would have rehearsals. And I was really shy when I met him.  I did not know that he plays Zack Morris, so it was so funny when I met him, I was so, like, “Um, who are you? And nice to meet you, I guess?”

It was really funny. He was like, “I played Zack Morris in Saved by the Bell.” And I was like, “Zack Morris? Zack? The only Zack I know is Zac Efron which is my husband, so I don’t know who you are,” but I was like, “Oh, okay.” But it was cool because, you know, we talked so much to get to know each other.

I was ten and we talked about how he had kids around my age, and it was great to just communicate and how he understood, ’cause he’s setting an example at this father role, to Amy, because she’s never had a father, so to be able to portray that, you know, I think it was really cool that he understood because he has kids of his own.

Did it feel kind of daunting at all after you realized that he’s such a well-loved and received actor based off of his childhood character?

Mm, yes, he understood, being a child actor in the industry. He kinda reminded me about how to stay being a kid.

I started watching Saved by the Bell, to just see how he grew as a person and being able to be so young, like myself, to do it, I think it was like he understood and he learned about how it is to be in this industry so young, you know? So, for that, I was really honored to be able to just meet someone that started doing this at a young age like myself. It was really cool and I thought it was just nice to be able to just connect with someone that understood.

[The Passage] is a pretty scary and frightening show, and it’s filled with a lot of suspense. I see that there are some moments with Amy where she’s kind of looking at things from the bright side, and she’s got this sort of this sarcastic banter where you have fun with the character and playing alongside Mark-Paul.

Being able to play Amy, it’s fun to just be able to see how whenever I’m playing, I’m like, “Wow, this girl is really strong.” As much as she’s going through, such as losing herself, it made me realize and appreciate so much more in my life, and being able to be a young girl, was just like, “Ooh, I should appreciate more things that are happening in my life.”

What did you draw from? Because [in real life], you have a loving family. You have two adoring parents who are with you by your side when you do these interviews and junkets. But you’re playing an orphan in this role, so what did you pull from to be able to relate to this character?

I’ve lost some people in my life and to bring that emotion…what would it be like to lose a parent? And to have something so important in your life to be gone, you know? And someone that has been with you every step of the way and then just, suddenly just leave and vanish from your life? And to go through that process, I think it’s very important and I was respectful for the ones that have lost their parents or to have lost a loved one.

When I was with Mark-Paul, and I saw [Brad] Wolgast, I was like, “Let this guy be your light and your guide and start to trust him,” and when I opened myself up to him, as Saniyya, I let Amy open up to Wolgast.

We see so many of these shows on television, shows with supernatural creatures and vampires that are action/thrillers, but what makes The Passage different from other shows?

[The Passage] has to do with scientists and if you think about our technology that we have today, stuff like this could happen. “Oh, my gosh, this is kinda realistic.” And if we have to really think about it, what if this really did happen? That would be cool but not really because an apocalypse with vampires, yeah, no, I’m out, you’ll never see me in that situation.

They really believe in each other. If you believe, then you can get through anything. That’s why I was like, “Okay. Through all of this, all of the power and the apocalypse and everything, she still let someone in and feels human.”