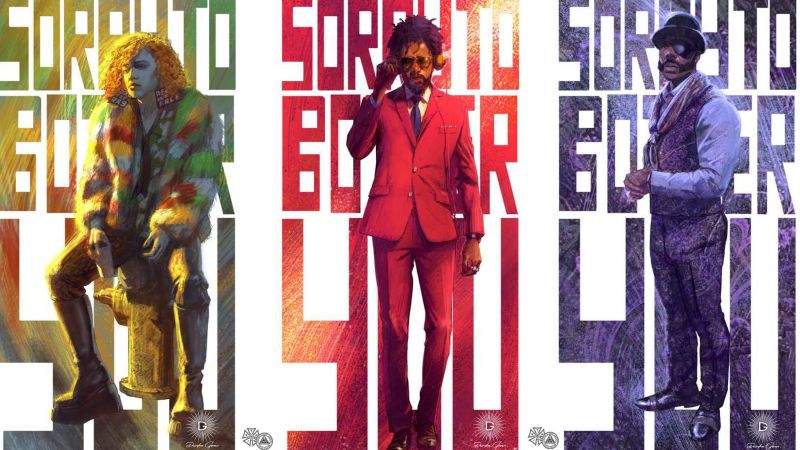 Deirdra Govan has been in this industry for 20 years and has worked on films such as the Netflix drama, Roxanne, Roxanne and Sundance film Monster. In this interview Govan talks about Oakland, Afropunk, Afrofuturism, and her costume & design choices. 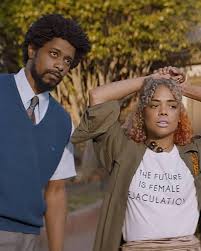 Costume design is about more than just styling, it’s about bringing a vision to life – Govan did just that and more for this film. Research was a very important part of her creative process. The film was set and filmed in Oakland, California and observing Oakland and understanding Oakland was important to her. Govan says that she was very connected to the political touch point of Oakland. She knew that Boots Riley wanted Detroit’s style to be very much representative of Oakland fashion, so she kept that in mind when designing. Aspects of Afropunk and Afrofuturism can also be found in Detroit’s style.

On Filming in Oakland

Going to Oakland was a deep dive into the community. Our production office was right in the center. I took time to visit a lot of shops hung out in coffee shops sat down. I’m an observer… [I] was really able to take a step back and see the intersections of a lot of different styles, a lot of ways the people wore their clothes, and what they were trying to say or not say, and also just the whole cultural Melange that Oakland is was really exciting for me.

I was fascinated by how you had homeless shanty towns on a whole underpass, and then you go around the corner and there’s this hipster restaurant right in the middle of it. And people are hanging out, drinking, smoking… It blew my mind – it was intense. 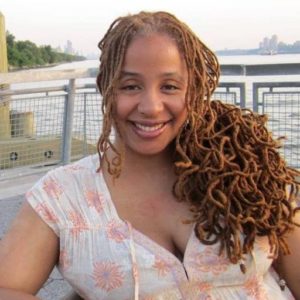 I spent a lot of time trolling…walking, parking, and walking many different street corners. My assistant [and] my team pointed me in the direction of a lot of vintage stores. This movie was not about labels, it was not about what designer you’re wearing. My intention was to give it a complete baseline of being thrifted and vintage and a mix.

[I was] able to mix the high and low, finding pieces in one boutique and then I could go two or three miles, 20 miles out and then find something else. [I took] my cues from observing people, [and] spending time checking people out, just watching and then going into stores, boutiques, vintage marks, off the beat paths, finding these people who had curated vintage finds. That was what I did.

On the Afro-Punk, Afro-futurist Themes

A lot of those cues for me was about individual style, how do you make it your own,  [and] saying something without speaking, in terms of clothing and silhouette…

And then [there’s] also the political aspect, looking at [the] pieces as activism.

The earrings have taken a life on [their] own. It’s just really important for people to understand that they were written into the script. And it was all another aspect where I had to sit down and figure out how these earrings were going to made. What they looked like, and how they really all made sense. They could not be out of balance with the rest of her look. 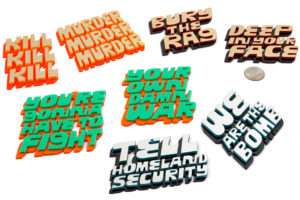 Boots has a really dear friend of his who is a graphic artist. He and I sat down and he showed me some typography. I looked at them and I was like “Okay, bet. This looks really cool. Let’s roll with it.” After he sent me the type fonts, I sat out in really trying to figure out how to build this, how to make these, what they look like, how they were going to work with her costumes. We found an amazing laser cut artist who cut them out for me. I picked out the materials, the acrylics, the colors, all of those details.

Based upon the looks that I was creating for the film, [I] really made sure that the earrings and look stood together and were not out of balance...When you see her “Murder/Kill” pair, to me [they’re saying] “I’m starting my day. I’m going to murder it. I’m going to kill it”. Then going forward with  “Bury the Rag/Deep in Your Face” that’s [a reference] to a Bob Dylan song.

They’re all these details that Boots already had,  it was in his mind. I just needed to make sure that it visually made sense. That was my role as a designer. To make sure it made sense. What they were saying had nothing to do with me. It was already written by him. I just had to visually bring it to life.

On the Significance of the Characters’ Outfits 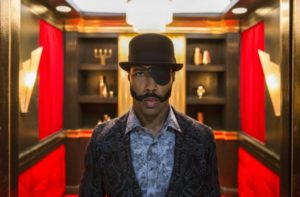 Every piece of Detroit’s clothing, whether it was found by me or Tessa, was strategically planned so that it would make sense within the arc of her and the flow of the story. That’s how you understand if the message of what she’s wearing is making sense for that scene.

The same thing goes for Cassius. His arc changes when he’s in the green plaid suit. That is his complete transition from Cassius to powercaller. Those suits are a starting point of when he goes into high depth techocolor and high color profiles.

There was no language for how he would transition…It was up to me to show the delenation between the world of RegalView and the power caller world. And I did that with my choice of color, for both Cassius, as well as the background actors.

His look was very much like his mom could have still dressed him. His pieces were vintage from either his dad or his uncle. But very few people caught this, that his mixes of patterns were intentional because it shows things not connecting. He’s still trying to find himself. He’s not concerned about his look. [For Cassius], if it works, it works. I’m putting it on, it looks good to me. It’s what made sense to him.

Salvador’s character, which rarely people talk about, because for them it’s not exciting. But his shorts were on purpose. There was one interview where they asked me about his shirts and I was excited because it was whimsical. He’s the satirical conscience behind Cassius. I wanted [there to be] a whimsical, comical way about him. This was all on purpose.

One Lesson from the Filming

Fashion as activism. You can say something without saying it. That’s what I walk away with. This movie is about individual style on a whole ‘nother level. Obviously, yes, everyone’s individual but this is expressive.

You can see Sorry to Bother You in theaters everywhere.