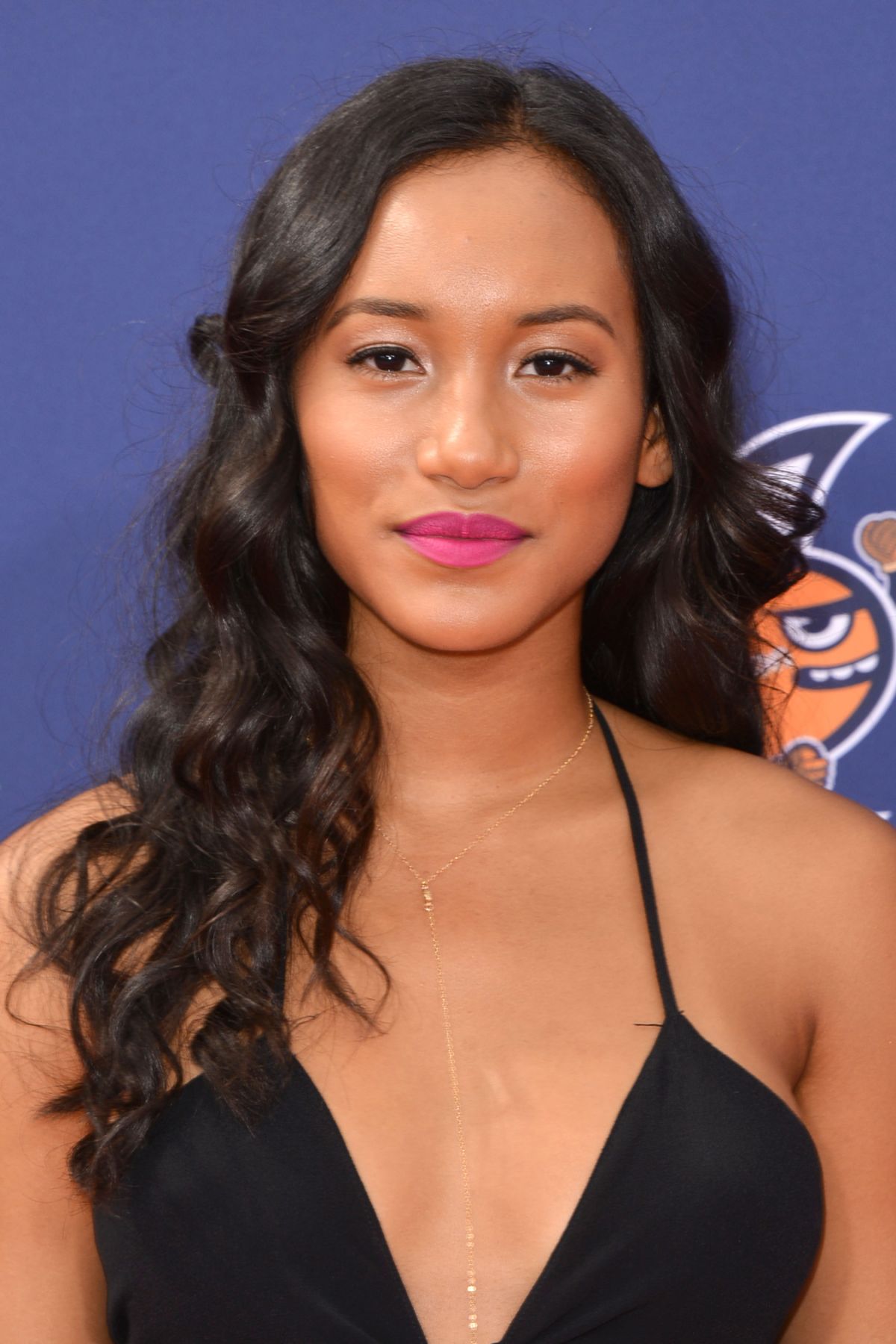 Sydney Park talks with BGN once again about her role in the summer horror film, Wish Upon, out now in theaters. Park plays Meredith, a down to earth, no-nonsense teenager and one of the best friends of Clare (Joey King). She got her start in comedies such as That’s So Raven and Instant Mom and is now currently a member of the cast on the hit television show The Walking Dead. BGN sat down with Park in a round table discussion about her time on the set of Wish Upon, her comedy roots and stepping into drama.

BGN: So what was the biggest appeal for you, coming into this film? Was it the wish fulfillment aspect of it?

Park: I would definitely say I loved the script, and the director John Leonetti…I love his work so much, from Annabelle to the work he did in The Conjuring and Insidious. It kind of was a win-win, and on top of that, my character Meredith is the comic relief but she also has some gritty scenes as well, so that was really fun. But what drew me mostly to the project was the script and the cast already attached, and I thought it was a really cool concept.

BGN: Did he give you and Shannon directions to hang out and really get that camaraderie? Because it really shows on the screen.

Park: Joey I knew from a mutual friend of ours, and I never really met her before. I have seen her before, from growing up in the industry—being in it for a long time and just knowing her face. But yeah, it was awesome—we shot in Toronto, and we pretty much all stayed in the same hotels, so that was cool. We got to hang out outside of that, go to restaurants and explore the city a little bit. It was kinda like holiday time for us as well…my parents came down for Thanksgiving, and Shannon was able to have dinner with us and we bonded a lot. We bonded so much off-camera, we were laughing the whole time. I got the director of the crew to go, “We gotta separate these kids!”

BGN: You used to work in comedy, what prompted you to go into horror?

Park: It honestly just kinda happened. I’ve always wanted to be in a horror film. My birthday is on Halloween, I always had a fascination with horror and gore and scary movies. They used to scare me when I was little, but as I’ve gotten older I’ve come to appreciate the film-making side of horror movies and just the horror genre in general. Working on The Walking Dead and Wish Upon, it’s been such incredible experiences and I wouldn’t have it any other way. Even though comedy are my roots, and it shows in Wish Upon which is awesome, but I’m just really thankful to have these opportunities because I’ve always dreamed about it as a little girl.

BGN: Do you plan to go back into comedy?

Park: Yeah, for sure. I would love to do romantic comedies, and I’m actually working on writing some more stand up because that’s how I started out. So those are definitely some goals of mine, but I’ll always love comedy. Always love drama, but definitely, comedy are my roots and I think I can kind of credit my comedic background to how I am…when I work in dramatic projects. It helps, it really does, even with commitment and character development and thinking outside the box.

BGN: It’s really interesting with your comedy background because comedy and horror illicit the same response from people, it’s that release that you get, whether you’re scared or you’re laughing. Did you recognize that when you were working on The Walking Dead?

Park: You know, what I think is amazing about comedy and drama is that you can affect people. That is the main thing that they have in common. You can make someone cry, make someone laugh. I find that, most of the time. comedic actors are some of the best dramatic actors because we always have to find the funny in dark situations. We have to find the funny constantly. Sometimes you see comedic actors that are dark off-stage and you get confused, but that’s what they have to do. And working on The Walking Dead, believe it or not, most of the cast come from comedies. Andrew Lincoln, he worked on a romantic comedy years and years ago. That’s what’s really awesome about the show and [it’s] some cool trivia. If you look at the credits of some of the actors on the show, everyone kind of comes from a comedic background. They keep it light and funny on set, but they are some of the most amazing actors I’ve ever seen on television.

BGN: Do you feel that comedy is the most challenging field to work in?

Park: I think it definitely depends. Obviously, there are different types of comedy. But comedy is just my thing—I grew up down sketch comedy and improv and stand up, whether I was in school or on stage. So comedy for me is easy and effortless, and really just fun. Drama, I’d say is more challenging and intense in a way where it almost plays mind games on you sometimes. You ‘d have to look deeper into yourself or deeper into a situation that you’re given. Yeah, I’d definitely say comedy is fun for me.

BGN:  You have a big moment in the film. It’s a really ambitious setup, and I really enjoyed it because you don’t really get moments like that in horror movies anymore. Without ruining anything, can you talk about that day on set?

Park: So we shot that scene in three different parts on three different days, it was spread out. Actually, with the first part of shooting, for a majority of the time, I was dealing with some really funny scenes. It wasn’t scary at all, I felt like I was shooting a normal teenage movie. There was some foreshadowing involved, and obviously talking with Clare about what was going on with her, but shooting that scene was a lot of fun. I’d say the special effects were really gnarly and it kind of scared me a few times looking at myself in the mirror! I think audiences are really gonna love that especially because you don’t see that type of scene throughout the film. Things just sort of happen and unfold, but the fact that the suspense builds and you see this character go through it…it’ll be fun. It was an incredible experience shooting it, and relatively easy for the most part. [Leonetti] works really fast, he knows what he wants, he knows the shot…it’s a collaborative effort as well. If I feel off about something or I wanna change something, he’s there to listen and he takes it seriously. There’s a lot of respect involved.

BGN: One of the biggest appeals about seeing you on screen was that you were very natural. Looking at everyone [on screen] and looking at you, it felt a lot like you were being yourself. I loved your part because of how natural it seemed.

Park: Meredith was a really fun character to play and becoming her was interesting because I didn’t want to make her too mean. And I know that she speaks the truth and she’s honest, and that was what drew me to the film as well. When I had the director’s audition, [Leonetti] was in Toronto so it was a Skype call and he said, “I’d like to say Meredith is the truth in this film. So always be truthful with what you say. It’s not her being angry with the world, it’s just how she is. She just says what everyone wants to say”, and that was how I went into it. Being Meredith was the best, she had some of the best lines. I got to rant and go off on different occasions and the director would say “Okay, now you can say whatever you want,” and I would be like “Yes!” Playing Meredith, man. She’s my spirit animal.

Wish Upon is currently playing in theaters nationwide.

Check Out The New Thriller ‘There’s Someone Inside Your House’