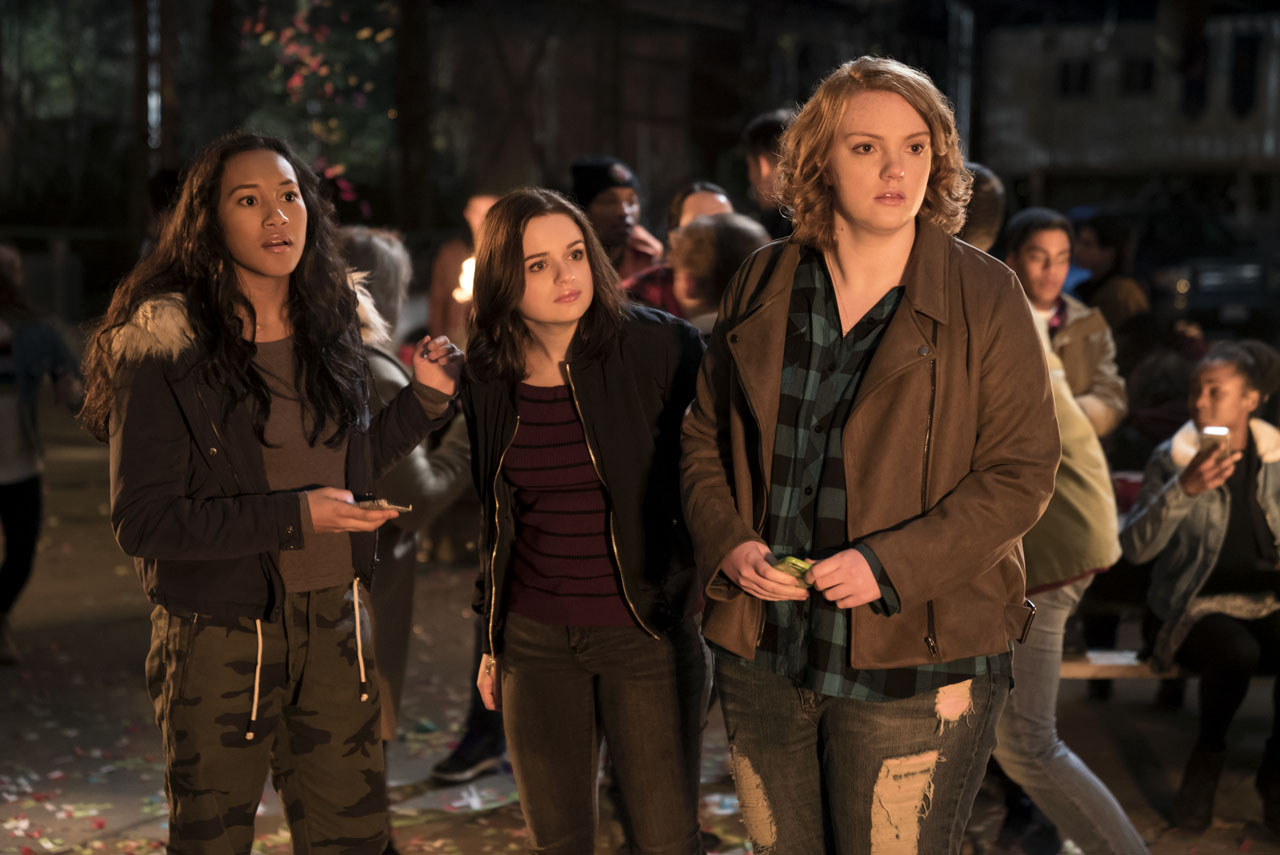 The upcoming horror movie Wish Upon is coming to theaters July 14. The premise follows a young woman named Clare Shannon (Joey King) who gets a mysterious music box as a present and is surprised to find her every wish coming true. Her joy slowly morphs into terror as she begins to realize the bloody price of each new wish.

To learn more about the film, BGN sat down with the cast. Joey King (The Conjuring, Independence Day: Resurgence), Sydney Park (The Walking Dead, Instant Mom) and Shannon Purser (Stranger Things, Riverdale) to talk about representation in media, the draws of working in horror, and their favorite moments working on the film.

BGN: First off, [Park] is on The Walking Dead, [Purser] was on Stranger Things, and [King] had a role in The Conjuring…You guys work in horror, what do you find most appealing about the genre?

King: What I find most appealing is that you can affect a lot of people with horror. A lot of people can agree that they will be scared or will go to a horror movie. Some people will go “Eh, I’m not in the mood for a comedy,”, “Eh, I’m not in the mood for this”. But horror movies…they shake people for a long time after they’re finished with the movie too. That’s what we love about this, is that you can just, stir people’s minds up after they leave the theater so that they’re thinking about it all night and have nightmares, that’s what we wanna do!

Park: We want to traumatize people is basically what we’re saying, for sure.

BGN: The good horror movies I’ve heard about recently seem to focus more on social commentary, and from what I hear, the themes of your movie focus on bullying and friendship.

Park: That’s definitely explored. Claire goes through a lot of bullying and people looking at her as this outsider. She doesn’t really come from money, she struggles with her dad, who’s single now… they don’t really accept Claire and her friends as much, so that definitely is a huge part of the film and actually one of the reasons why Claire is so drawn to the box.

Purser: It’s so cool that it explores family dynamics in that way.

King: And also, as Sydney has said, this film is very culturally diverse as well. It’s a very diverse cast, so we like to touch on those kinds of things as well. Just including everyone, being current, just making sure people are heard and people are present.

Park: It’s really just like depicting the world. It’s literally just choosing the best actors, but they just happen to be people of color.

Purser: Representation is super important, whether it’s body diversity or racial diversity. I think it’s so powerful for young people to see.

BGN: So those drew you to the script as well, those elements?

King: Yeah, I think what drew me was, number one, I love John Leonetti, he’s an amazing director. I worked with him on The Conjuring, he was Director of Photography. So when he asked me to do this, I was like, “Of course I want to do this with you!” This script was awesome. My character, I loved her, and I really loved…the Chinese wish box. It’s so, it’s like eerie, it’s creepy, it has different elements to it as far as, you know, the translation of the stuff on the box, the Chinese lettering, and it’s all such a cool, different thing that you’ve never seen before, so it all just..drew me to the script.

BGN: So what was the most challenging aspect of the roles that you guys played?

Parks: I’d definitely say, between Shannon and I, like where we are—Claire’s best friends, and seeing Claire evolve so much and kind of veer off from the group, and…become a totally different person, honestly, all thanks to the box, [it] completely changing our best friend. It was not necessarily a challenge, but it was really quite fun finding those different dynamics and going from being so happy–“Wow, she got a makeover!” and suddenly she has money, this and that– to being really terrified that something horrible’s gonna happen, and horrible things do happen in this film.

Purser: And I think we’ve all experienced that with friendships, where they seem to change, you know, not in a good way. But this is beyond normal, it’s not like your friend just stops talking to you. These terrible, horrifying things start happening…It’s a different level

King: As far as character development goes with the challenges, there’s always challenges in different things. But I think one of the coolest challenges that I had on this film was working with the box. So many of my scenes are with the box, just me and the box, and I’m talking to it and I’m interacting with it as if it’s another human being. It was a very, very cool thing, just interacting with an inanimate object as if it was a supernatural force.