BGN found out that Rosa Salazar is a born storyteller when we sat down with her in a roundtable for the upcoming film, Alita: Battle Angel. She spoke about filming, her character, and her eventful audition for the film in front of director Rober Rodriguez. In fact, she has proof of the very moment she got the role that adds to her already impressive filmography.

Salazar is known for her roles in Mazerunner: The Scorch Trials, Big Mouth, and CHiPs. She has the lead role in Alita: Battle Angel, a role she desperately tried to land and did with the help of director Robert Rodriguez, who immediately saw Salazar in the role. We sat down with Salazar as she told the story, complete with a parking ticket to commemorate the moment it happened.

Well, Rosa, I wonder if you could tell us a little bit about the audition process when you found out that you got the role… Cuz Robert told us once they saw you, they couldn’t imagine anyone else as Alita.

Great, I’m glad it worked out, number one. The audition process, well they saw every color, age, shape, and size, and a list of credits for this movie. So, it was really a wide range of people, you know. They didn’t leave anybody out. They just wanted to see whose performance best matched Alita, which performance gripped them with the emotionality. Because Alita is all about heart and emotion and seeing the emotion through the eyes clearly. So … Because the eyes are the windows to the soul, and I’m a very emotive person, I think that was part of the thing that clinched it for me. 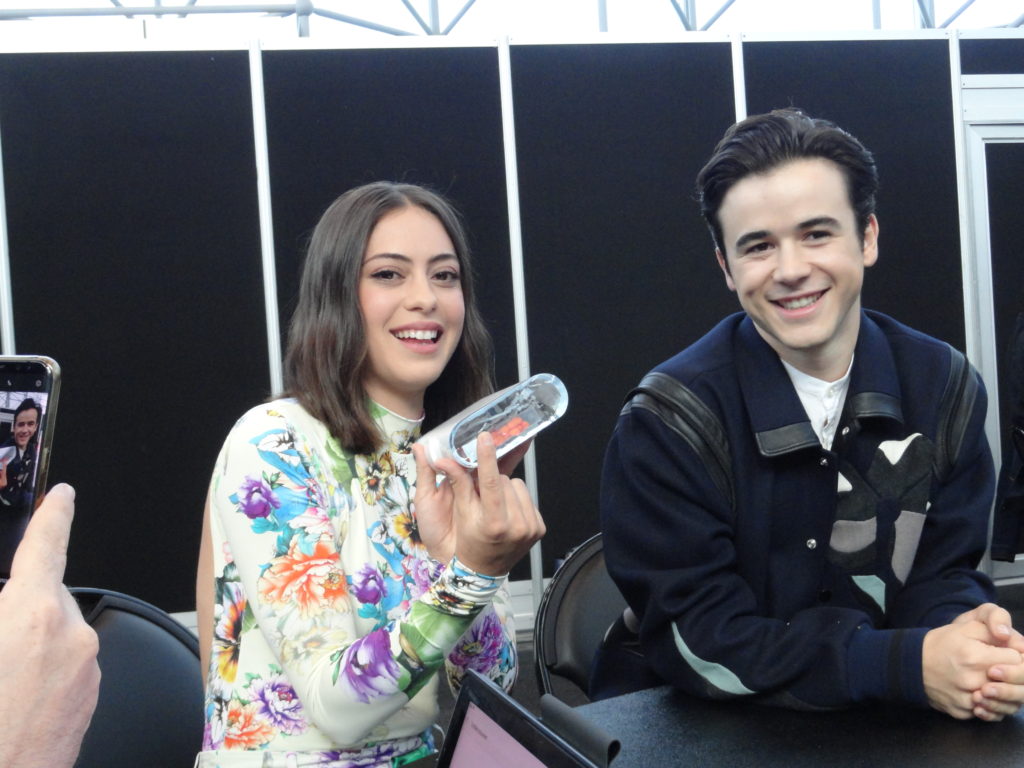 [The] process was pretty long. It was months long. I went first to the Four Seasons, where they were holding all of the auditions, and I walked in and there’s like every actress I’ve seen on a screen ever. Like big time, and I was like “Oh, let me just go back into the page.”

Whenever I feel that way, I just remind myself how much I love auditions, cuz I do. I’m one of those actors that are like a freak for performing. I just went back into the page, like “You know what? I do got this.” Like I do really connect with this [role], and it isn’t a stretch for me. I’m just going to go in there and do what I like to do.

I went in, I did my performance, and Robert cried. He said … you know he had a table filled with photos and resumes … and he’s like “Oh Rosa, people tell me I should work with you.”

I went “I agree.” And then, I was like “Oh my God, what did I just say?” He laughed and then I laughed and was like “okay thanks, bye.”

I went in the hallway. But I guess that he was endeared, and [the audition] was endearing to him. I came back for several, several meetings. Just talking to Robert, looking at concept art with my face on it. I was like, “If I don’t get this … it’s very mean.”

But, we formed a creative relationship, and during that time, I actually … to take my mind off the process, I wrote a short film. And, he wrote about it and gave me some notes. I filmed and did the short film in the meantime. So, it gives you an idea of how much time there was. 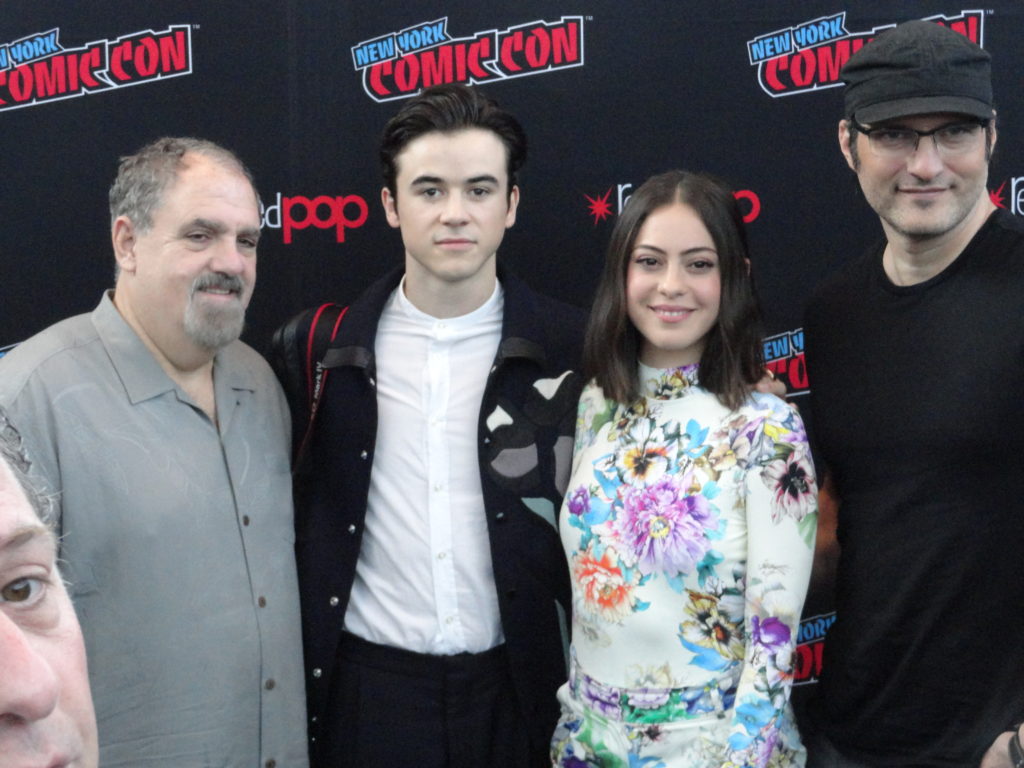 Then I tested with the mocap suit, and then I tested with the acting. Then there was another long wait. I said, “I’m getting back to auditioning, cuz this is gonna drive me crazy if I’m just sitting at home.” So, I went to this audition [for another project]. I killed it and I’m like “Yeah!” for the one second that Alita slipped my mind. I get into the elevator after this audition and I have a missed call from Robert.

I go downstairs and I call him. He’s like “Hey.” … and I’m like walking to my truck that I parked on Hollywood and Vine, which is like the apex of hell. So I’m at a meter and I call him and he’s like “Hey”, and I’m like “Hey”, and he’s like “Listen, I really … I really liked your performance, and I really fought for you. I just want you to know that we will work together at some point. And you know I really appreciate you as an artist.” I’m like “What’s going on?”

She’s like writing me a ticket, and I’m like “Oh my God!” He’s like “Yeah, I really wanted to work with you, which is why come September, we’re gonna be on set shooting Alita, cuz you got it!” And I was like, “yeah!” and I ran over to the parking lady and I hugged her so hard, I was like “Thank you” and I took the ticket and I was like “Yes,” because I realized I had like a document saying where I was, what time it was, exactly like the day, the moment I found out about it. Then, I emailed that picture to Jim, and they did not pay my ticket. Which I was like [gestures]. So that’s my experience getting a ticket. And, I am pretty long winded.

And the warrant is still out for your arrest for not paying that ticket?

The warrant is still out for my arrest, my car was impounded so if you can find my truck, please return it to me. [Joking]

Filmmaker Robert Rodriguez on the Hardest Scenes to Shoot in Movies