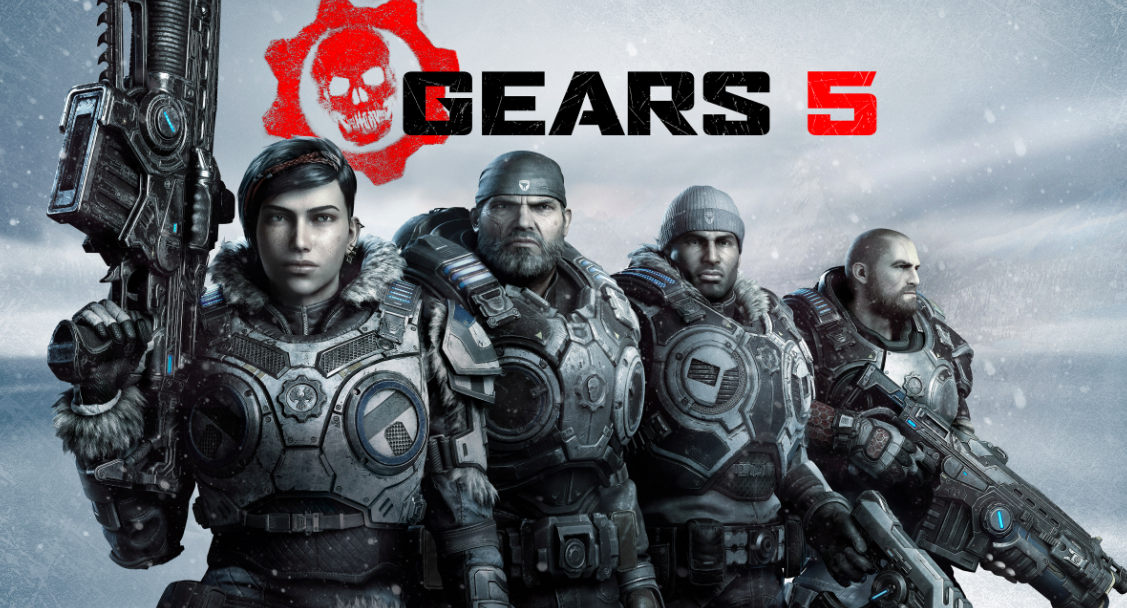 The last month or so has seen the release of some major chapters in the video game universe with the release of the third of Borderlands and the sixth of Gears of War.

Gears 5 is developed by the Coalition and published by Xbox Games Studios (sorry Playstation 4 elites). Just to be upfront, I am not now, nor have I ever been, a Gearhead, so I am admitting my inherent bias against the franchise. Back in the day, I was convinced to rent a copy of Gears of War 3. I found character movement very clunky as compared to any of the most popular games of the day such as Call of Duty, Battlefield, or Ghost Recon, so I saved my $50+ for another game. This time I kept with that precedent and rented a copy from the colored box in my grocery store, just to see if it was something I would play for more than a week or so.

Starting off, my bias against character movement is totally gone. The quicksand feeling of running has been replaced with an almost too fluid movement and aiming. My journey through the boot camp should be on a blooper reel as I clumsily maneuvered the various obstacles and shooting and throwing ranges. Fortunately, you have the option to repeat the problematic sections, so I could run straight, melee, and shoot in the general direction of a threat by the end. The recoil or kickback from the assault rifles makes using an actual sniper rifle necessary for distance shooting, which is nice. The shotgun does not shoot across the entire map — but is truly awe-inspiring for close combat fighting if you are not running around stabbing and/or executing your opponents.

Having been away from the Gears series, I had forgotten what I did really enjoy. Unlike most games that are chasing after the Fortnite fame, this chapter continues the heritage of good storytelling with the campaign mode. I spent my first hour or so going through the campaign and did not get as far as I would have liked due to enjoying the story and the cutscenes. The option to skip the cutscenes is always there, but it is easier to figure out the objective, beyond killing everything, when you watch them. However, it became clear very quickly that things would be easier if I upgraded my character. So, I ventured out from the relative safety of the campaign to embrace other game modes.

As I was still grappling with moving and aiming with any accuracy, I ventured first into a new mode known as Escape. I would like to tell you that it was difficult or challenging, but even though it was the beginning mode, I was matched with someone 68 levels above me who obviously knew what to do. As a result, my gameplay was more the irritating little sister following their older sibling around, versus reflecting any real knowledge of what was going on or what to do. However, the mode is exactly what you think. Your team is racing against the clock to gather weapons, defeat the minions, and inevitably defeat the mini-boss. I have heard it is difficult. However, after playing multiple times, I was essentially used as a distraction. Given that I was typically dead by the time they defeated it, I am not entirely sure what that takes.

After my success in Escape mode, I ventured into essentially the team deathmatch mode known as the Versus mode to play with four others against a team controlled by the AI. Again, despite being a novice, I was matched with players hugely above my skill level. As you can guess, this sort of limited my ability to rank up, as they were going Rambo and killing every opponent and I was basically trying to run without hitting walls and mantle obstructions to take cover. After a round or two, I did finally get the hang of moving around and shooting with some accuracy. Of course, that meant not traveling with my team for the most part as Rambo and Rambo, Jr. were still dominating the round. I did, unfortunately, learn the hard way that friendly fire is a real thing in Gears 5. My incidences were not intentional, but as my aim was still not the best and I didn’t really understand how to use a few of the weapons, Rambo occasionally was fragged accidentally once or twice. Of course, when I was done, there was a glitch so none of my stats registered. After playing another couple of rounds with no experience credit, I gave up for the day.

My next adventure was into the cooperative Player versus Player mode. The teams are 5 vs. 5 with the first to 50 kills getting the win. By this time, I had developed a passable skill at moving and shooting. Despite my novice status, again the game placed me in a lobby where 75 percent of both teams were at level 60 or above. This can make for an interesting match. Fortunately, I was not wholly incompetent and normally placed in the middle of the pack. I found that the maps were a good size, but I can see how familiarity with them will lead to spawn trapping. I also enjoyed the environmental elements that can lead to death, such as one map that has a train that travels through periodically. One thing I do miss is not having a radar, not just to find enemies, but oftentimes to find your teammates. Of course, depending on your loadout, there are some characters that have the ability to pulse the area; others have a short timeframe upon respawning where all the players are highlighted. It was also nice that when maimed and bleeding out, you could try to revive yourself. Naturally, most of my opponents followed up to make sure I was dead, so about the time I was revived, they could perform a spectacular melee to end me for good. No shame in the game.

For me, the determination of whether something is a good game is whether I think I will still be playing it three months from now. Like any newly launched game, this one is a bit glitchy, but not significantly so to prevent me from ever playing again. I remain concerned a little bit about matchmaking, more for those who are saddled with novice players like me rather than me with them, but hey, it all works out. Although I haven’t played the Horde Mode, I hear that it is challenging. Regardless, for me, I actually enjoyed the Campaign mode, and that is a huge plus. It has been a long while since actually playing through the campaign was even a consideration for whether to purchase a game. So, while I likely will not buy this one, I do like it enough to purchase an X-Box Game Pass. This is pretty cool as it allows you to pay from $10 to $15 a month depending on whether you want to add X-Box Gold. Seeing that I will likely play this one for as long as it takes to get through the campaign, this seems like the best option.

Both Gears 5 and the X-Box Game Pass are available for the X-Box console and the PC.