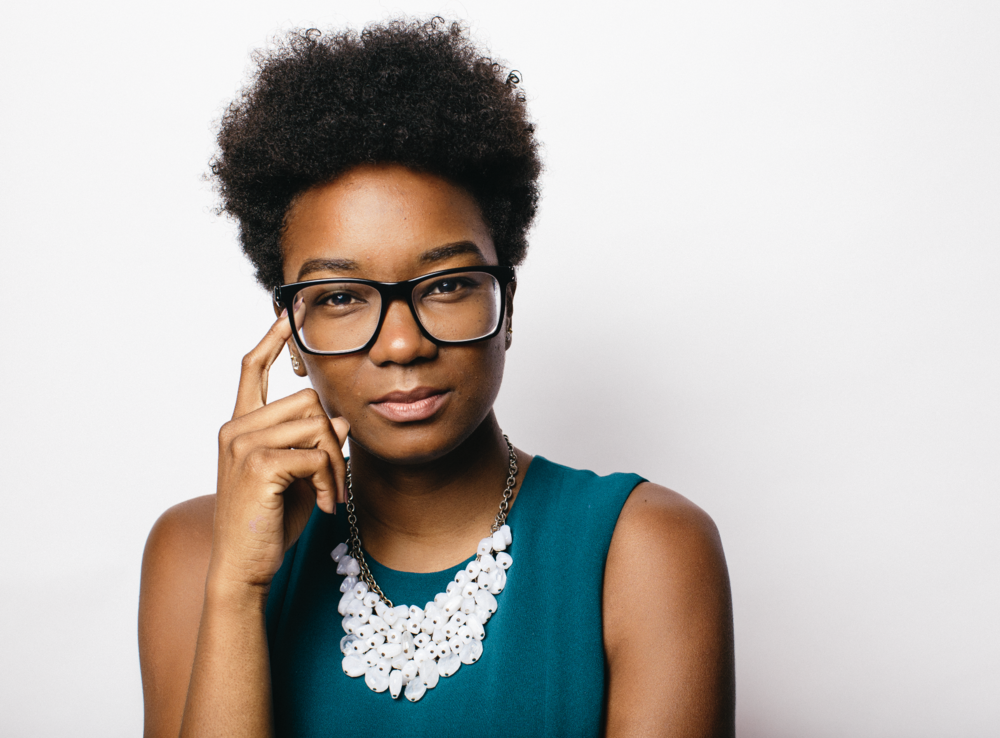 As a child, Tiffany Dena Loftin wanted to be a theatrical actress, and, an astronaut. But the world had something else in mind for the 29-year-old Los Angeles native. She’s the oldest of three children to union parents, and, raised by their mother. Loftin later became an activist after a noose was found on the campus of the University of California, Santa Cruz, where she was a student, in February 2010. To this day, no one knows who placed the noose. She’s held positions with the National Education Association, the American Federation of Teachers, and the United States Students Association.

Loftin is currently the national director for the Youth and College Division of the NAACP, which has 550 chapters in the middle, high school, and college campuses. Loftin is using her voice to empower youth–who are growing up in a climate that fuels hatred, divisiveness, and, classism–to establish unity and positive change.

Let’s jump right in. Were you in Washington, D.C., or Charlottesville, VA the weekend of the Unite the Right rally?

Loftin: That’s very interesting that you ask me that question. I went live on my social media a couple days before the event, to express my critique in terms of showing up in our presence and having the strength and really, the depression as opposed to being obligated to show up at the rally. So I said, for me personally, I do this work and I got involved in organizing because someone at my college hung a noose. In the very same essence that people show up with the spirit of violence, I was not going to show up to the march on Sunday.

I didn’t actually want to be there. There wasn’t a need. I don’t see them changing their minds. Richard Spencer and other so-called leaders who are showing up and do not have an invested interest to come to the table and have a discussion about unity with everybody when white supremacy and violence shows up. I did not feel comfortable, nor did I have the strength to do this again.

Not at this moment. Not when Nia Wilson was killed in Oakland on a bus. Not when an 11-year-old young lady was accused of stealing at a Kroger in Cincinnati, Ohio, and, tased by police officers. Not when the birthday of Freddy Grant, and, the birthday of Tamir Rice have passed. Not in the midst of Sandra Bland and the immigration crisis.

I was actually at the Congressional Black Caucus Policy Institute at a panel with Angela Rye and Symone Sanders, discussing what you and I are talking about. I needed the rest and it’s OK sometimes for leaders and organizers to decide not show up. We need to take care of ourselves in the long run.

Loftin: That being said, the Youth and College Division of the NAACP’s DC chapter did show up at the Unite the Right rally in solidarity. They passed out materials, and numbers from some of our partners like Black Lives Matter D.C., the ACLU, and other organizations.

We made sure that the people who wanted to show up, had resources and access to things like health and safety vendors, who to stand with and what to look out for. We have videos and pictures of our people doing dance lines in the middle of Freedom Plaza. We had posters made, and they wore t-shirts. It was amazing for the people involved.

I said prior to the rally that I hope this big march is a flop, that the whites don’t show up and they are not organized. And, from what I saw Sunday, they had like 25 people. On the freedom side, we had nearly 5,000 people show up. And it rained in the evening! Their response was, we are not going to allow you to terrorize and shut us up and give white supremacy power to our community and our city.

Has there been an increase in young people signing up with the NAACP in the past year or since Trump was elected President?

Loftin: I think since Trump has been President, that people who did not feel that organizing was not for them, or they weren’t leaders in civil rights, have now found their voice. It’s even more diverse. Now people who are not directly impacted, who care about other people, are rising to the occasion. People who are advocating are not always the people who are affected by the situation. But they are pissed off and outraged about people being deported, being separated from their families and their children. People are also outraged about black families separated whether they are from Haiti, Africa, or the Caribbean.

There are two things I take away from the influx: one, people who are already involved are doing more. And people looking for organizations that are leading in the way that they want to align their values, are joining. My concern is not so much how many people joined the NAACP since I was hired in February. I want to strengthen and build community partnerships and coalitions on the ground on a local level, with the NAACP chapters, so that we’re not seen as an organization that is out of date.

The NAACP recently released new civic engagement data, where, the nation’s most competitive races may hinge on Trump’s racism. With a 13 point advantage for the Democratic candidate over the Republican candidate. Plus, Trump’s approval numbers have not improved with any nationality of color. Has there been an increase in registered voters, especially, young people?

Loftin: I don’t have the numbers for new registers. Young folks didn’t show up at the polls the last time because they didn’t like the candidate [laughs]. They don’t feel their voices are heard. That the electoral college would determine at the end of the day who wins. The youth I work with now make the most educated and positive decisions. They are aware of what is taking place in their communities. They understand what the problems are, and they know what the answers look like. The job I get to do is to connect them on how to go from the problem to a solution.

What can parents do to help and guide their children to prepare for voting?

Loftin: We have to figure out how to help parents have the tough conversation they are not used to having. If a family isn’t having a conversation about families being separated at the border or asking a child how they feel about violence being posted on social media, or who do they feel should be elected in local and national offices [the parents] have to engage and uplift the minds of young people. Parents need to hear what their children have to say and what they are thinking.

Lisa D. DeNeal is a freelance writer and published author, residing in Gary, IN.

Speaking Up Against the Hate: Charlottesville, VA